Few countries are as vast, yet as shrouded in mystery as the Republic of Kazakhstan. Once part of the USSR, it became an independent nation in 1991, yet it still retains many of the traditions and features of its Soviet past.

It has had a turbulent and fascinating history from its early times as part of the Silk Road and the skirmishes and conquests between the Central Asian Khanates; to becoming a key location in what became known as “The Great Game” – the 19th Century cold war between the British and Russian Empires. However, fate and history sent the country on the path of the far better known Cold War, and it is possible to see the route of this path through the monuments and museums charting this. The country bore witness to the darkest episodes of the Civil War and Collectivisation, and experienced the terrors of the Purges and Gulag system.

Kazakhstan was also the backdrop to the courage and skill of the first pioneers of space, and the ambitions and idealism behind the “New Soviet Man” through the vast agricultural and industrial projects started in the middle of the 20th Century. On this small group tour see how some of these projects also took a more sinister turn as the country once again played a role in the development and testing of the USSR’s nuclear deterrent and the legacy it left.

Updated for 2021 with new sights to discover!

Please note that this tour will operate with a minimum of 6 persons and maximum 14 persons.

Depart London Heathrow and fly via Istanbul to Almaty. 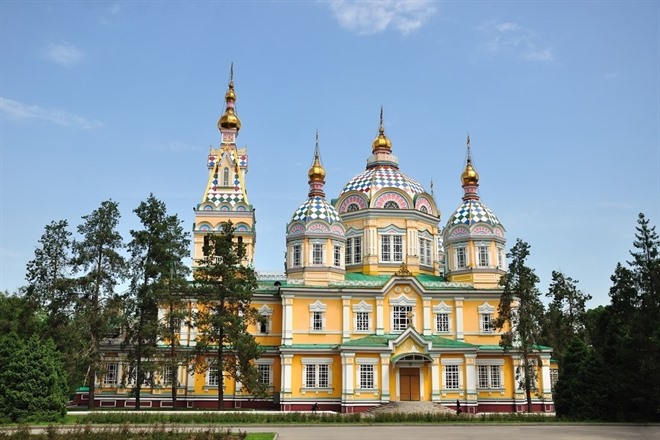 On arrival in Almaty we will be met by our guide and transferred to the hotel. Enjoy some time to freshen up and relax before heading out on a tour of Kazakhstan's former capital. Take in some of the city's best sights, including the Green Bazaar, a huge and lively market, Panfiloy Park, the Central Museum and Republic Square. (B,L,D) 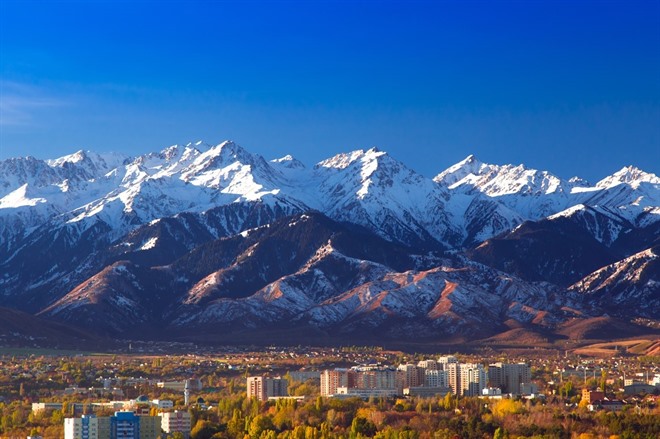 Enjoy breakfast then strike out to continue exploring this fascinating city. Today the emphasis is on the dominant Soviet architecture in particular, and we will visit sites such as the Kazakh Opera and Ballet House, the Auezov Drama Theatre, and the Wedding Palace. (B,L,D) 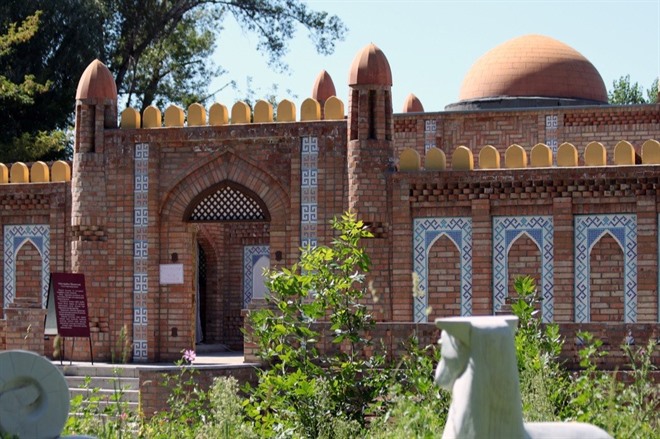 A morning to transfer to the airport for the flight to Ust-Kamenogorsk. The city is one of the oldest in Kazakhstan and has a blend of Russian, Soviet and post-Soviet architecture giving it quite a unique appearance. This afternoon we see some of the city including the old centre, riverside, church, mosque and central park. (B,L,D) 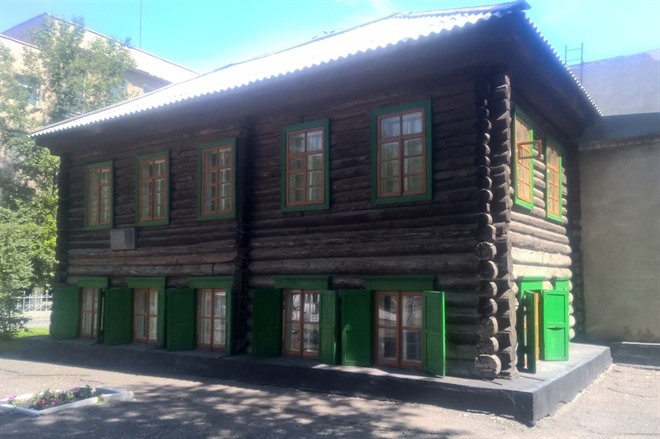 This morning we will transfer to the city of Semey. Initially founded in the 18th century as a Russian fortification, in lies in the heartland of the Kazakh Middle Horde. After lunch, tour the city and learn about its fascinating past. Fyodor Dostoevsky was exiled here, and the area has produced several major Kazakh writers and teachers. Visit museums to both Dostoevsky and national Kazakh poet Abai Kunanbaev, and stop at the Stronger Than Death Monument to the victims of nuclear testing. (B,L,D). 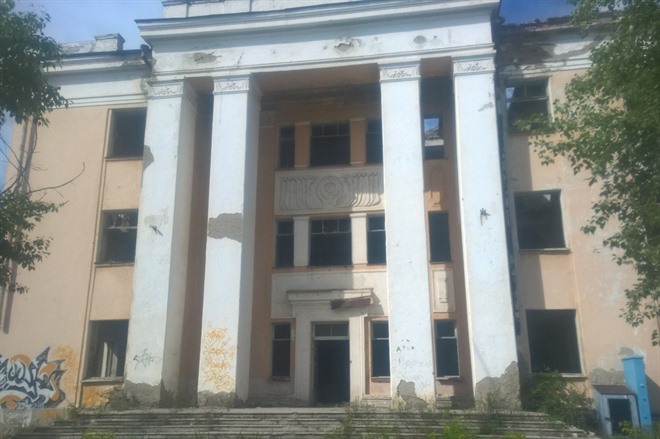 Today travel from Semey to the town of Kurchatov (approx. 3 hours) which was the home of the Soviet nuclear testing programme. Visit some of the sites including an atomic lake, rocket launchers, elevator to underground laboratory and the Monument to the Founders of the Karazhrya Coal Mine. (B,L,D) 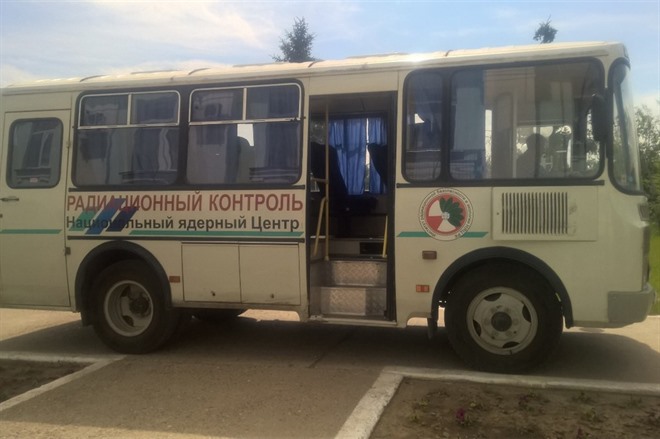 Kurchatov's environs provide an educational, if sobering, lesson about the legacy of nuclear weapons testing.  Visit the museum of the test site and then head for the Opytnoe Pole test site itself. This is a restricted area, so what you are allowed to see may vary according to changing rules. You are however guaranteed to see the epicentre of the first test, which occurred on 29 August 1949 with a device code-named 'Pervaya Molniya' - 'First Lightning'. After this first success, the Soviets would go on to test over 450 devices in the area around Opytnoe Pole. Return to Semey in the afternoon. (B,L,D) 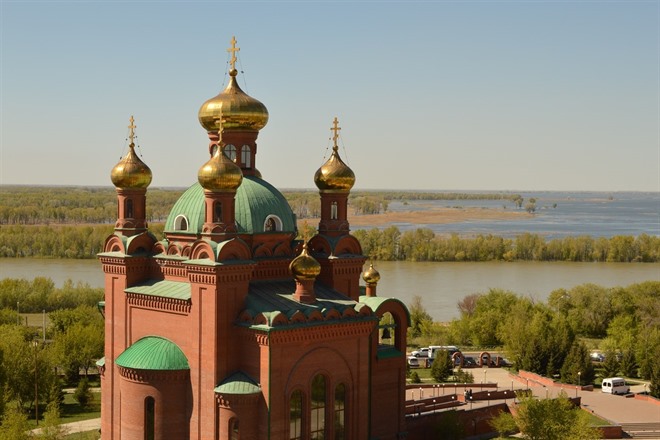 Transfer to the railway station for the train to Pavlodar, it is a long journey of eight hours however you will be able to see a side of Kazakh life that few tourists do. (B,L,D)

Spend this morning sightseeing in Pavlodar. Visit the Regional History and Military Glory Museums, the Chekov Theatre, the Cathedral of the Annunciation and the Monument to Victims of the Famine. In the afternoon transfer to Ekibastuz to see the highest industrial pipe of the USSR and the world’s deepest coal mine. Have dinner with a local family before transferring to the station to take the 00:05 train to Nur Sultan. (B,L,D) 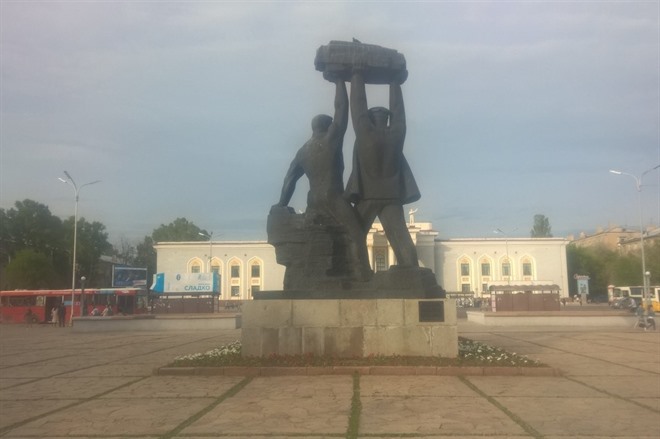 Transfer to the hotel for a rest before driving out to the village of Akmol located around 40 kilometres from Nur Sultan. Here, visit the Museum of Soviet Repression at the former ALZHIR prison camp. ALZHIR, which stands for “Akmolinskiy internment camp for the wives of the betrayers of the homeland" was one of the largest prison camps for women in the Soviet Union and was opened at the beginning of 1938. This is a really fascinating and well-presented museum. Return to Nur Sultan. (B,L,D) 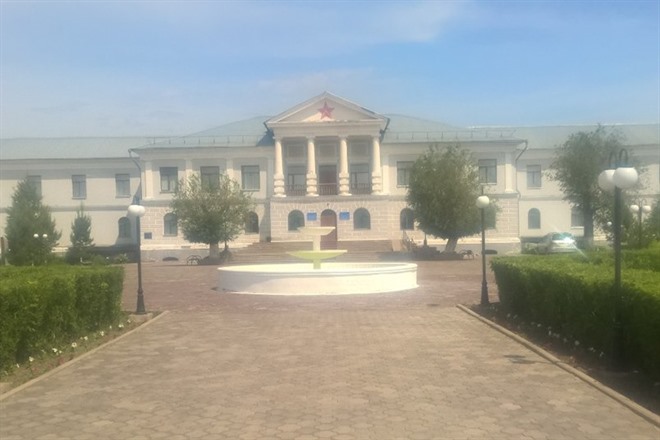 Transfer to Karaganda. Located in the heart of the Kazakh steppe, Karaganda is known for two things: coal and labour camps. The two are connected, as the vast KarLag network of Stalin-era camps around Karaganda was established to provide food and labour for the mines. In fact, prison labour also built much of Karaganda itself. This afternoon visit the Spassk memorial to the victims of Soviet repression as well as the former centre of the KarLag correctional labour camp in the village of Dolinka. The newly restored former main administrative building has been turned in to a museum showing photos, personal images and stories from the Gulags recounting the lives of some of those who spent time here. Nearby there is a small children’s cemetery. (B,L,D) 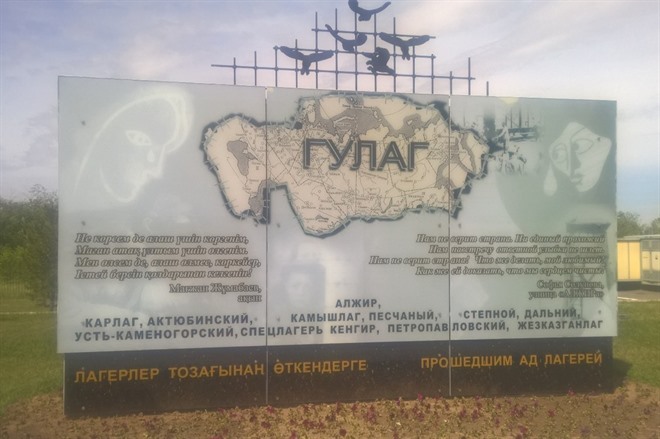 In the morning undertake a city tour of Karaganda visiting the Monument to the Miners, Stanislavskiy Theatre, Nurken Abdirov monument and the Cosmonaut and War memorials. Few tourists visit Karaganda so this is a good chance to see a normal Kazakh city going about its business. In the afternoon take a train to Priozersk and transfer to a guesthouse in Sary Shagan. (B,L,D) 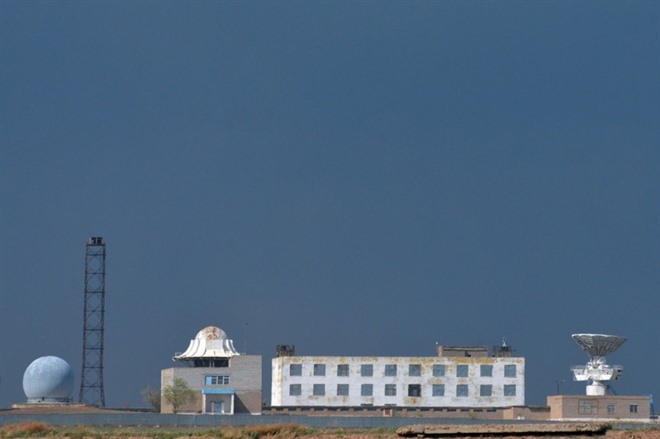 In the height of the Cold War an air defence testing ground was developed in Priozersk, all the missile defence systems of the USSR and modern Russia are tested here. After the collapse of the Soviet Union use at most of the site was discontinued and the equipment abandoned. Visit the town and site and see the old radar stations, exhibition areas and garrison. In the evening board a train to Nur Sultan departing at 00:15. (B,L,D) 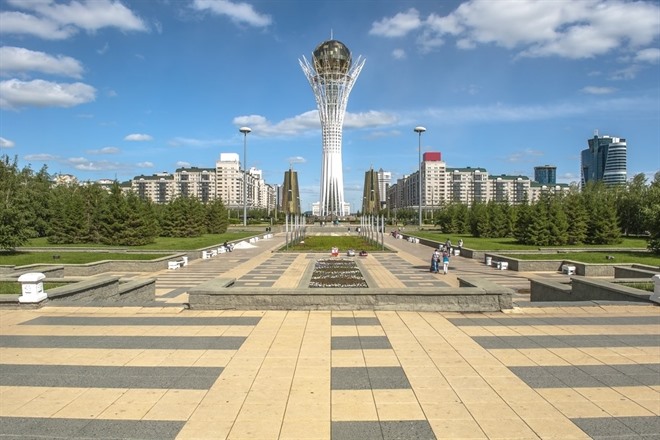 Spend time in the modern district of Nur Sultan. Take in the Norman-Foster-designed Khan Shatyr shopping and entertainment centre, with its indoor beach and distinctive "tent" design. Walk up Green Water Boulevard to the iconic Baytarek tower and and ascend to the golden glove for stunning views across the city.  Enjoy other city sites including the Presidential Palace, and then move on to the river where we will enjoy a short cruise before dinner. (B,L,D)

Transfer to the airport for your flight back to the UK via Istanbul. (B) 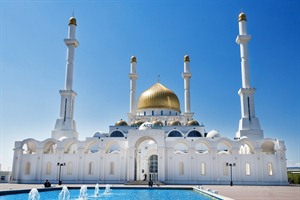 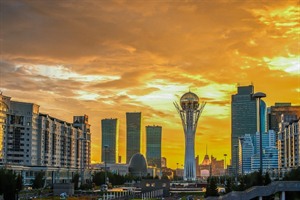 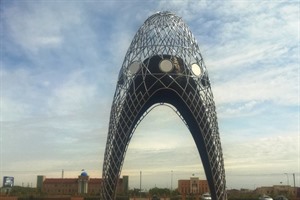