Discover a friendly, sun-soaked country bouncing back from war on this eight-day itinerary. Designed to give you an introduction to Lebanon, on this holiday you'll explore sprawling, ancient complexes and temples, ruined palaces, bustling cities, mystical grottos and award-winning vineyards.

Delve into Lebanon's three biggest cities, Beirut, Sidon and Tripoli, and venture back in time in Tyre, Byblos and Baalbeck. Find evidence everywhere you look of a long and storied history. This is a country that has seen empires rise and fall, from the Phoenicians to the Romans and more, and weathered them all to become what it is today: a charming, little-visited holiday destination just waiting to welcome intrigued travellers. 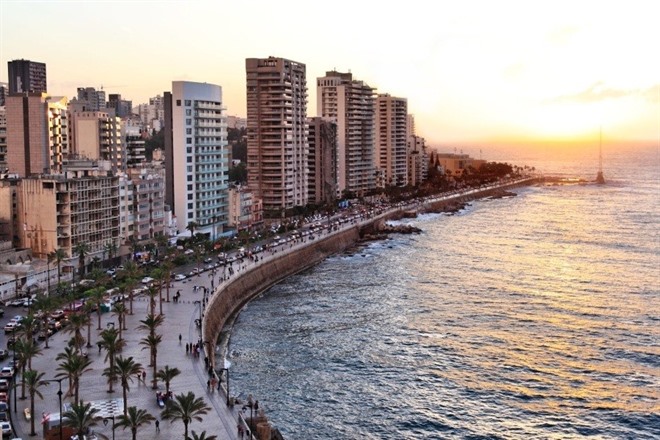 Arrive into Beirut where you will be met and transferred to your hotel. 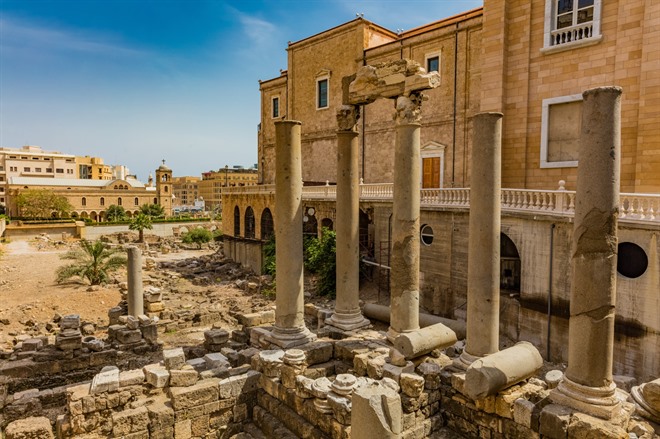 Enjoy a guided tour of Beirut today and take in some of the city's highlights. First up is the National Museum, which showcases artefacts from archaeological sites all over the country. Move on to the Roman Baths for a taste of what life was like in Roman Lebanon. Continue on through the city, admiring the architecture and seeing first hand the work that has been done to rebuild after the war. Later take a walk along the Corniche, a popular spot with locals who can be seen enjoying the afternoon. (B) 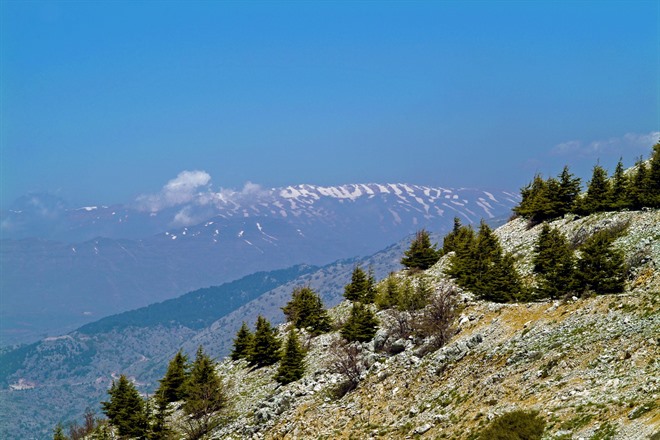 Drive south east out of Beirut towards the mountains in the Chouf region. Here you'll find many of Lebanon's famous cedars, some of which are over 2000 years old. Among the forests, discover terraces of apple and olive trees and vines, peppered with picturesque villages. Stop in Deir El Qamar for lunch and explore the Monastery of the Moon, thought to be the site of an ancient Phoenician temple. Wander the stepped streets and narrow alleyways and make sure to stop and smell the jasmines and orange flowers that climb over the front of many houses. Continue onto Beiteddine on the opposite side of the valley, which boasts a beautifully restored 19th century palace with Italian and Syrian influences. (B)

Sidon boasts an ancient history, with evidence of a settlement here as far back as the Neolithic period. With an eclectic mix of influences, from the Phoenicians, Romans and Crusaders to the Ottomans and Mamluks, Sidon is an incredibly rewarding city to explore. Tour the Sea Castle, built on a small island, and then delve into the Old Town with its warren of lanes. Visit the Audi Foundation Soap Museum before having lunch, and then carry on down the coast to Tyre. Tyre is similarly ancient, with evidence of former civilisations to be found everywhere. Wander around both main excavation sites, taking in the massive hippodrome, colonnaded streets, baths, theatre and the huge triumphal arch. Later, head to the harbour to see traditional life still going strong, with wooden fishing boats bobbing in the water and fishermen laying out their nets. (B) 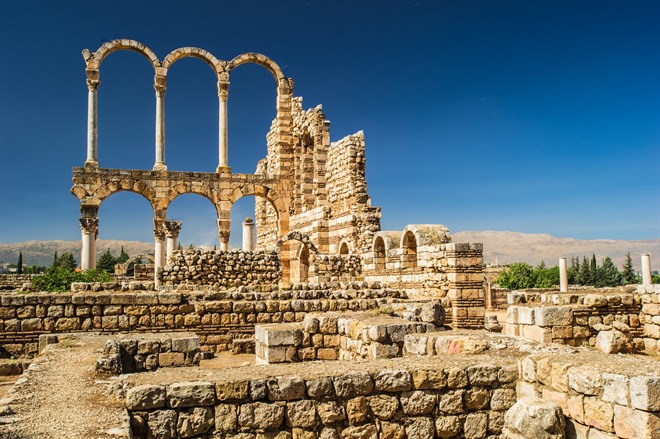 Strike out again from Beirut this morning, and head up into the mountains to Baalbeck. Baalbeck is a massive Roman site which boasts some of the largest Roman remains in the world. Explore the Hexagonal Court and the Great Court, and don't miss the Temple of Jupiter (once thought to be a Temple of Helios) and the Temple of Bacchus. Once you have had your fill of the site, visit the local quarry. This is home to some of the most massive cut stone in the world, once destined for Baalbeck and now abandoned here for us to marvel at.

Move on to Aanjar, an Armenian village near the Syrian border, where you can explore the UNESCO World Heritage listed Umayyad ruins. After these two impressive sites, stop in the Ksaara Winery to learn about the vineyard - and of course try some of the wines before returning to Beirut! (B) 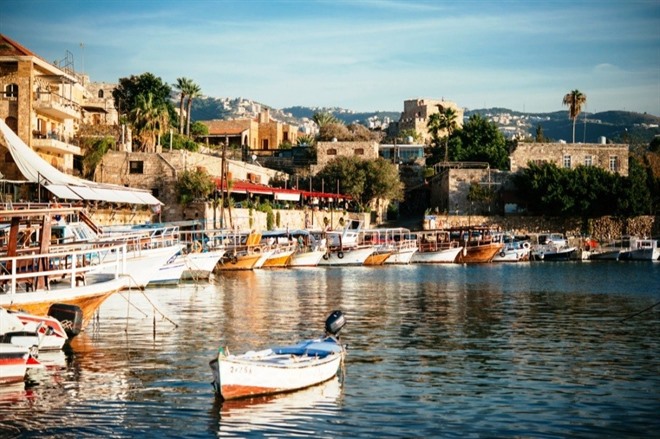 En route to the picturesque harbour town of Byblos, stop at the Jeita Grotto, which boasts one of the largest collections of stalactites and stalagmites in the world. Take a short cable car ride to the upper cavern and then a small train to the lower cavern, where you'll board boats to explore deeper into the earth.

Move on to Byblos, where a comprehensive restoration means you can now explore the network of mediaeval alleways and ramparts with narrow souqs, all leading down to the harbour. Stop here a moment and imagine yourself back in time: boats have bobbed in the water here since the age of the Phoenicians. Take a tour of the Archaeological site, where you will see the impressive Crusader Castle surrounded by Phoenician ruins. The ruins are sparse but the views over the Mediterranean are without compare. Stay in Byblos for the next two nights. (B) 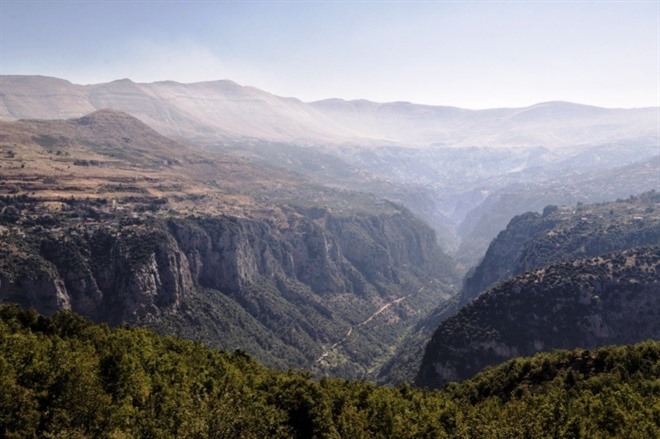 From Byblos, head to Tripoli, Lebanon's second-largest city. Take the time to explore Lebanon's northernmost seaport, with its impressive Crusader fortress, the Citadel of Raymond de Saint-Gilles. You'll also find impressive Mamluk influences, some of the best anywhere in the world. Offshore lie the four Palm Islands, a haven for endangered Loggerhead turtles as well as rare monk seals and several species of migratory bird.

From Tripoli, strike out for Qadisha, sometimes called the "Holy Valley". This has been a haven and refuge for many peoples over the thousands of years of human history, and lies close to the Forest of the Cedars of God, the last surviving Lebanon Cedars, the ancient world's most highly prized building material. Explore the valley and soak in its serenity before returning to Byblos for your final night. (B)

Transfer to the airport for your flight home to the UK. (B) 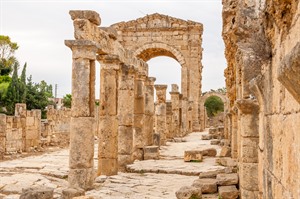 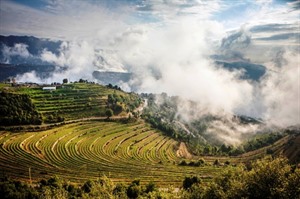 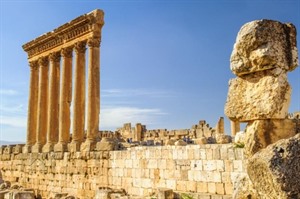 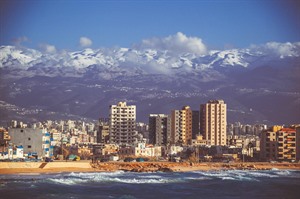 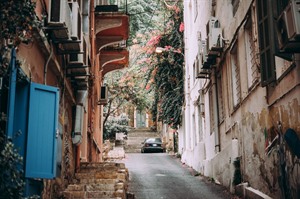 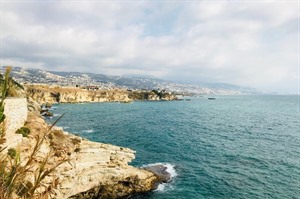 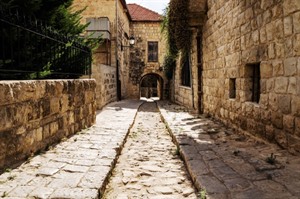 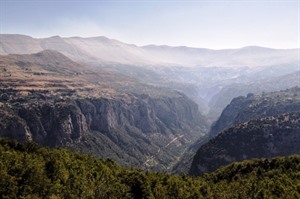