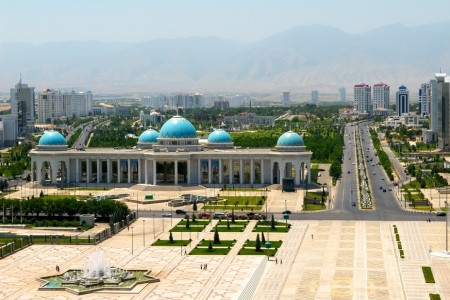 Arrive in Ashgabat and meet with the guide and driver. Transfer to a local 4-star hotel for an early check in. Later in the morning embark upon a morning sightseeing tour of Ashgabat. Visit parks and monuments including Neutrality Square and the National Museum. This sumptuous building with its blue dome silhouetted against the backdrop of the Kopet Dag Mountains offers eight halls of exhibits dedicated to the history of Turkmenistan. One of the highlights are the rhytons - intricately decorated ivory drinking horns discovered in Nisa in 1948. In the evening head south to the Kopet Dag Mountains and join locals walking in the area or take the cable car for a magnificent view of Ashgabat. (B)
DAY 3
ASHGABAT TO DASHOGUZ
Fly to Dashoguz, a town located very near the border with Uzbekistan. Although there is not much in the way of sightseeing in this remote town, its main attraction is Konye Urgench, located around 100km away. In the 11th century Konye Urgench was capital of Khorezm and one of the most important cities in the Islamic world. Visit the 15th century mausoleum of Turabeg Khanum, the minaret of Kutlug Temur (the highest medieval minaret in Central Asia from the 11-14th century), the mausoleum of Sultan Tekesh, and the mausoleum of Il-Arslan (the founder of the pre-Mongol Khorezmshah empire). In the rural town of Konye Urgench explore a small museum located in the khujras (prayer cells) of the former madras. Each khujra highlights a different aspect of former life in the area: a student’s room, a jeweller’s room, workshops of blacksmith’s, shoe and cart makers, carpet and silk weavers. Once back in Dashoguz discover the large central market. (B)
DAY 4
DASHOGUZ TO DARVAZA 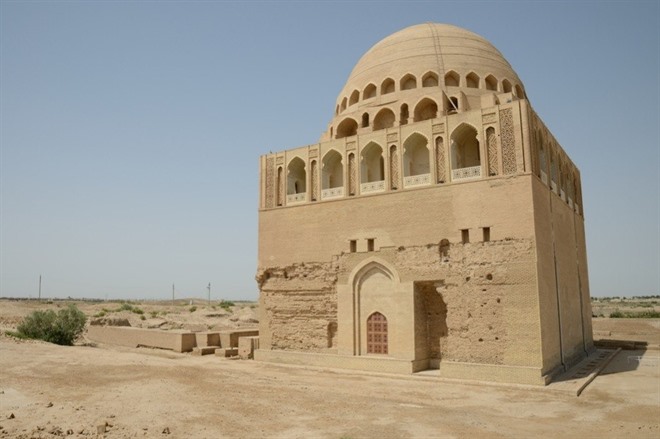 This morning drive 20 km south of Dashoguz to Izmukshir - an ancient stronghold and the mausoleum of Abulkasim az-Zamakhshari – a distinguished medieval philosopher, theologian and linguist. Travel deep into the Kara Kum desert before turning off the main road and driving 8km off-road towards the gas crater. In the day light this sight is impressive but as the sun sets the glow and the fire from this large hole in the middle of the desert is truly incredible. Enjoy a Turkmen barbeque and camp in the desert overnight. Please note that this is wild desert camping – no toilet / washing facilities are available. Whilst all equipment is provided we recommend bringing a head torch. Traditional sleeping mats are provided but you may wish to bring your own equipment for added comfort. (B,L,D)
DAY 5
DARVAZA TO ASHGABAT 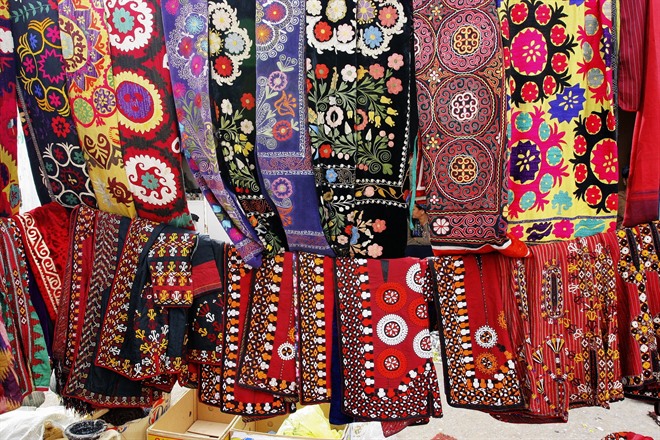 Visit more craters before leaving the desert behind. Continue to Ashgabat and check in to the hotel for three nights. Spend some time at leisure in Ashgabat. (B)
DAY 6
ASHGABAT 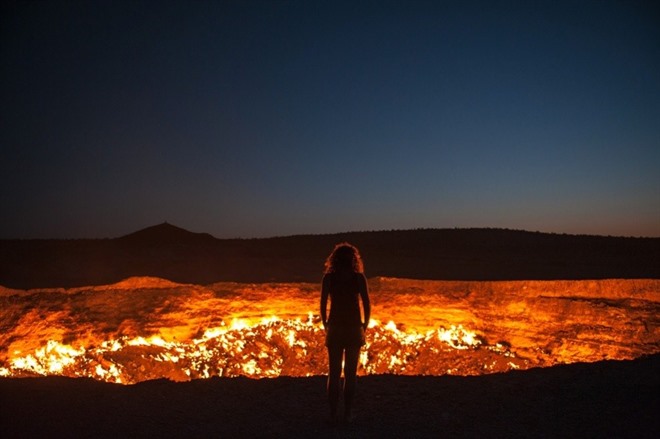 In the morning, visit Tolkuchka Market (open on Thursday, Saturday and Sundays) considered to be one of Central Asia’s most impressive markets. Explore this sprawling site which sells all manner of goods, from camels to cars. Continue to Geok Depe mosque, built within a former Tekke stronghold, and the site of the largest battle for Russian domination in Central Asia in the late 19th century, before travelling to a nearby private stud farm where beautiful and legendary Akhal-Tekke horses are kept. Continue to the underground cave of Kov-Ata for an optional dip in the underground hot sulphur lake. Return to Ashgabat stopping en route at Kipchak, to explore the biggest mosque in Turkmenistan and the family mausoleum of the first President. (B)
DAY 7
MARY 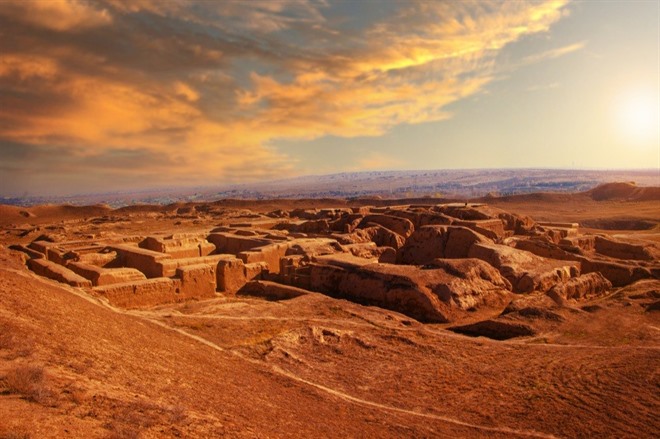 Take a short flight from Ashgabat to Merv this morning. The site of ancient Merv has been listed by UNESCO as a World Heritage Site and is one of the major archaeological sites of Central Asia. This ancient city played an important part in the development of the Silk Road for more than 2,000 years and is made up of five separate but adjacent cities, which can be divided into the ancient (Erk Kala and Gyaur Kala), the medieval (Sultan Kala with its suburbs), and post-medieval (Abdulla-Khan Kala and Bayram-Ali-Khan Kala). Besides remnants of the cities of Merv, visit the forts of Big and Little Kyz-Kalas, also known as Koshks, and the splendid mausoleums of Sultan Sanjar and Muhammed ibn-Zeyd, with their exquisite Seljuk period brickwork and architectural décor. Return to Mary and discover the local History Museum which displays archaeological finds from both Ancient Merv and the Bronze Age sites of the Margush country. Later in the afternoon fly back to Ashgabat. (B)
DAY 8
FLY TO THE UK

(please ask about a cost for a solo traveller) 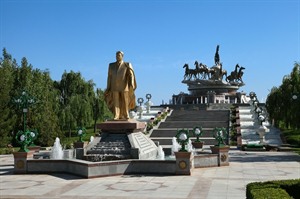