Exploring Kyrgyzstan
Where to go in Central Asia

There are some roads in the world which have taken on near-mythic status, and the Pamir Highway is certainly one of them.

Running through remote mountain terrain, the route was for centuries used by the merchants and traders of the ancient Silk Road.

During the Great Game Era of the 19th century, the road was formalised, and a concerted engineering effort was made by the Soviet military between 1931 and 1934 to improve it to better funnel troops and provisions to this remote corner of the Soviet empire.

This group tour will travel from Dushanbe, Tajikistan’s charming capital, to Khorog.

From there, the road hugs the Afghan border before turning north over the Akbaital Pass at 4,655 metres to Lake Karakul and on into Kyrgyzstan, finishing in Osh before driving on to Bishkek. Depart the UK on your flight to Dushanbe via Istanbul with Turkish Airways. 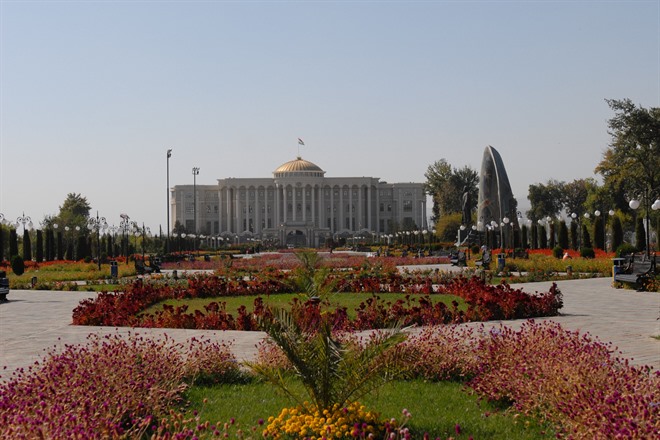 Upon arrival, the group will be met and transferred to the hotel. Enjoy lunch in a local restaurant before heading out to see the city. Visit the National Antiquities Museum home to the magnificent 13m sleeping Buddha, the largest Buddha figure in Central Asia, and stroll through beautiful Rudaki Park. (B,L,D) 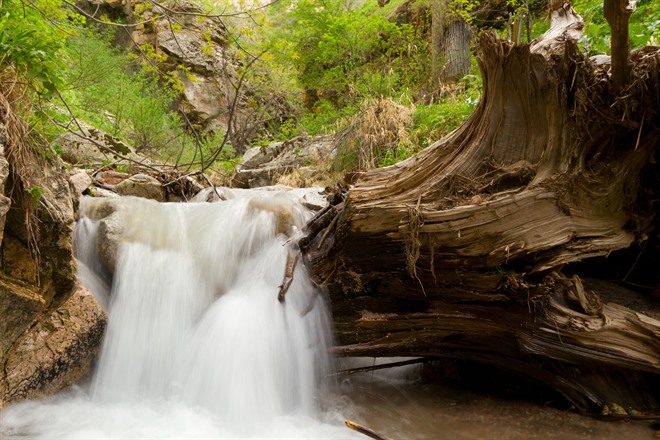 Head out of Dushanbe to the Hissar Fortress, once a residence of an Emir of Bukhara. Later drive on to the Varzob Gorge, a beautiful alpine region north of Dushanbe and enjoy a picnic lunch in the valley. Returning to Dushanbe, the remainder of the afternoon is at leisure to relax or explore on your own before meeting for dinner. (B,L,D) 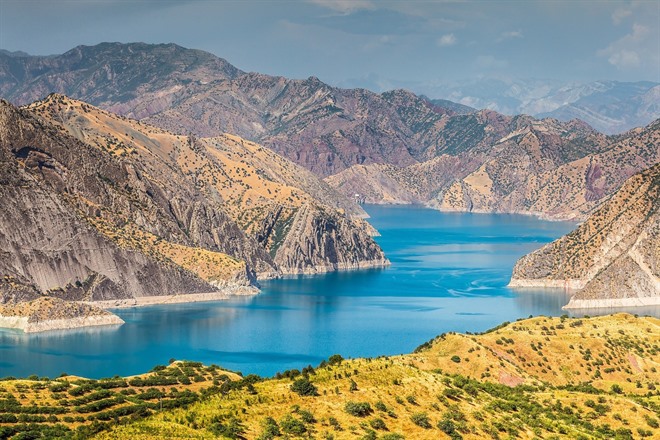 A long day’s drive (7-8 hours) takes you to the town of Kalaikhumb, just inside the Gorno-Badakhshan region. Along the way, pass the town of Kulyab, and stop at Nurek for a panoramic view of the mountains and Nurek reservoir. Crest the Shuraba pass and enjoy your first glimpse of the Panj River, the natural border between Afghanistan and Tajikistan. Visit Hulbuck, an ancient citadel from the 9th century AD, and meet one of the archaeologists. Late in the day arrive into Kalaikhumb and visit the Mehri Modar Centre, a women’s craft centre where they embroider and decorate textiles using traditional methods. (B,L,D) 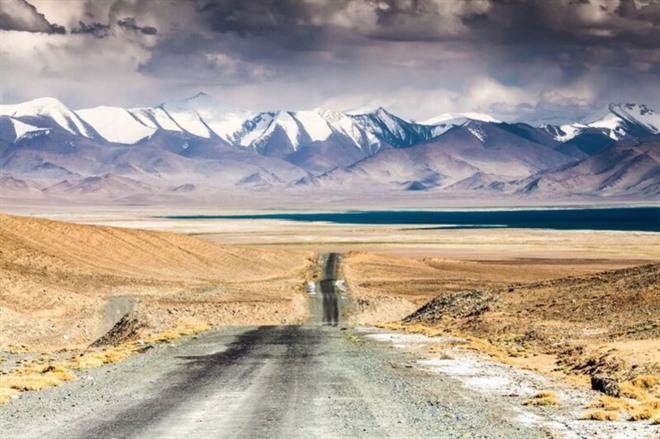 Continue along the Pamir Highway for another 250km, enjoying views across the river (and Afghan border). Pass through the Vanch region to Rushan village, from where you will enter the Ismaili region and make a stop at the Vamar Fortress. The Panj Valley is littered with ancient fortresses, evidence of where various civilisations have defended their territory. Later, nearing Khorog, we stop at the Pir-I Shoh Nosir shrine. This museum and holy spring is dedicated to Nosiry Khusrav, who founded the Ismaili religion. (B,L,D) 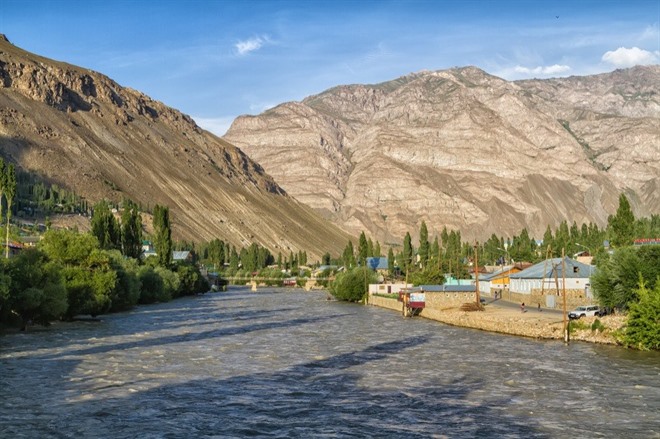 Spend a full day in Khorog, starting with the botanical gardens. Move on to the Khorog Museum* with its collection of artefacts from the surrounding regions. Also visit the local park and a traditional Pamiri house in which you will learn about the traditions and symbolism in the local architecture. and the unique culture of the local Badakshan people. (B,L,D)

*Please note that Khorog Museum is currently closed for renovations and the pieces are on show in an alternative building. 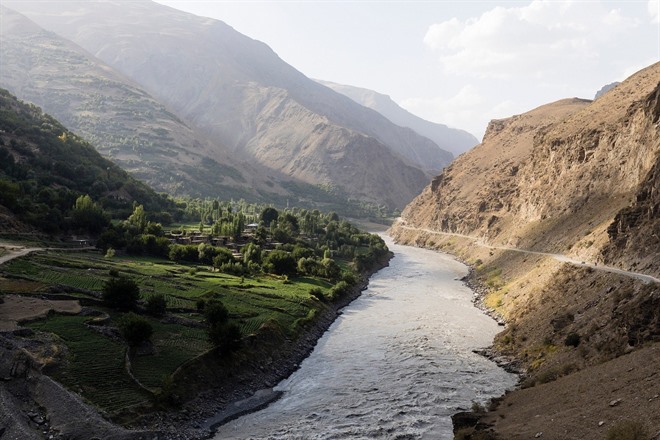 This morning, continue along the valley and into the Wakhan region. Wakhan boasts a number of hot springs and this morning you will visit the Garm Chashma hot spring. Stop later on at the Ismaili tomb of Shah-i-Mardan Hazrati Ali, claimed to be the resting place of the prophet’s son in law. Take lunch in Ishkashim, home to the only open border in to Afghanistan in the region, before pressing on to Namadgut village to see the Kahkaha fortress dating from the 4th century and a typical Ishmaili shrine Oston –I Shobi Mardon dating from the 11th century. Spend this evening in Yamg, a small village, in the homestay of Aydar Malikmamadov, the great grandson of the astronomer and Sufi poet Muboraki Vakhoni. (B,L,D) 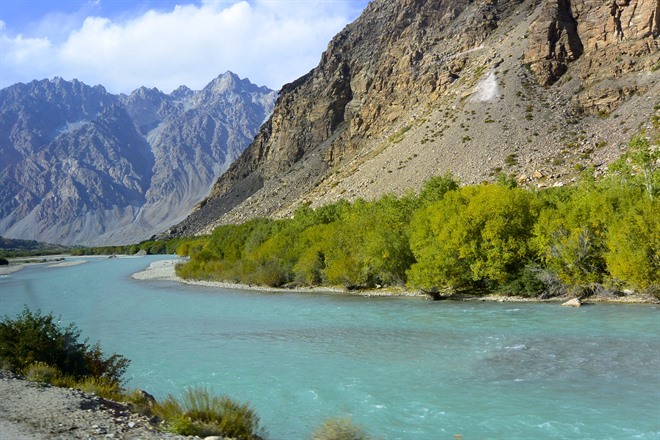 In Yamg, start the morning with a visit to the museum of Sufi Muboraki Vakhoni and his solar calendar. Next head to the Yamchun fortress, one of the most impressive fortresses in the Wakhan dating from the 1st century BC, formerly an important point on the Silk Road. Nearby are the Bibi Fatima hot springs, known locally to improve female fertility, where you can stop for a bath. Return to Yamg for lunch before heading to Langar, stopping en route in Vrang village, overlooked by a 4th century building thought to be either a Buddhist stupa or Zoroastrian temple.  Reaching Langar, walk through the village to a steep sloped hill and climb for 15 minutes to reach an area with over 6000 ancient petrogylphs. (B,L,D) 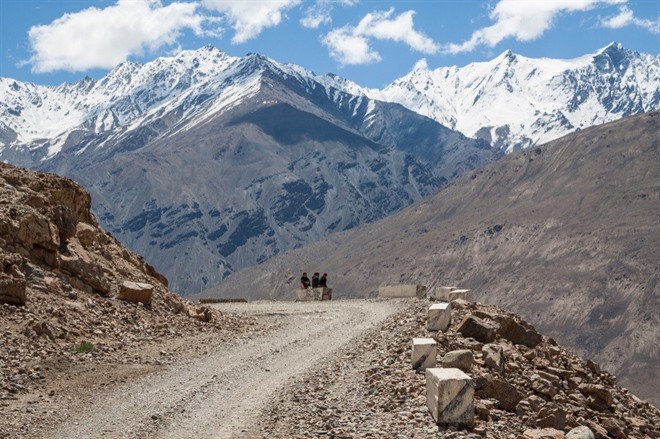 In Langar, visit the shrine to Mazor I Shoh Kambar I Oftob, the Master of the Sun. Once finished here, strike out on the journey to Murgab. Follow winding roads that cling to the side of the valley as it gets narrower, and Afghanistan becomes ever closer. Leaving the river for the first time in days, cross the Khargush Pass (4344m) and the Nauzatash Pass (4314m). Drive by Alichur Village (3863m) — one of the first you will visit with a population containing Kyrgyz people — on the way to see the holy pool at Ak Balik before crossing the Nayzatosh Pass (3137m). In the afternoon arrive into Murgab, the largest town in the region in the afternoon, and explore the town including a handicraft shop and the local bazaar, made from containers. (B,L,D) 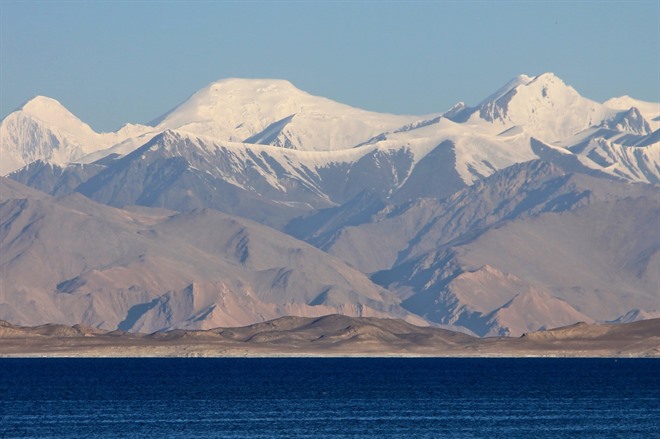 Today is a long drive of 410km (8 hours), with plenty of stops along the way. Leave Murgab and head north, traversing wide lunar-like plateaux ringed by snow-capped mountains. Cross the Akbaital Pass (4655m), the highest point on the tour and then the Uybulok Pass (4232m) and the Kizil Art Pass (4336m). Gaze over beautifully blue Karakol lake, and Peak Lenin should be visible at 7134m.

Arrive at the Kyrgyz border around midday and commence the various formalities require to cross. Once through, cross no-man's land and head for the city of Osh. The landscape gradually gives way to lush green pastures dotted with nomad yurts. Arrive into Osh in the late afternoon. (B,L,D) 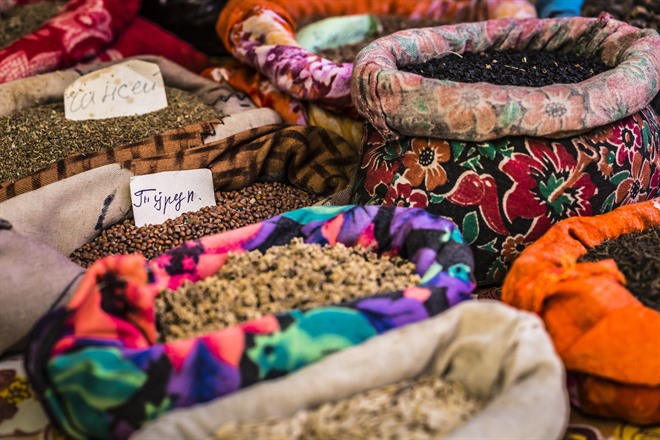 Enjoy a full day in Osh. Start at the colourful bazaar, the largest market in Central Asia, and later move on to the handicraft market. In the afternoon, head up to Solomon’s Throne, the holiest site in Kyrgyzstan and one of the main shrines of the Islamic world in Central Asia. Visit the small museum and walk up the hill on the pilgrim’s path to take in the views. At the top there is a small mosque. (B,L,D) 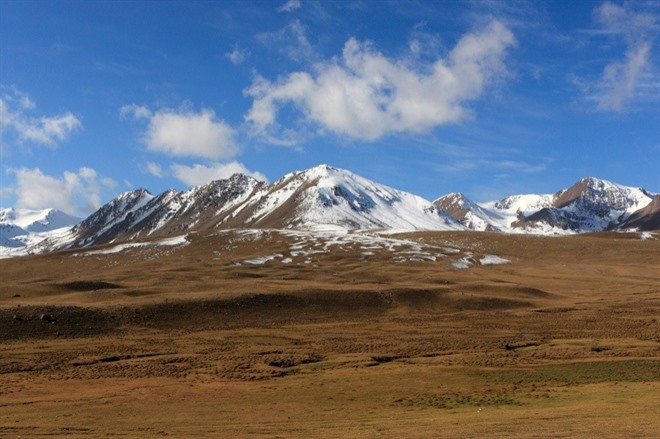 En route to Toktogul Lake, make several stops. The first of these will be at Uzgen town, 50km from Osh. Uzgen was one of the capitals of the Karakhanid State. Explore ancient minarets and mausoleums in the very centre of the citadel. Pressing on, enjoy a journey that takes you through the beautiful canyons and gorges of the central Tien Shan mountains. (B,L,D) 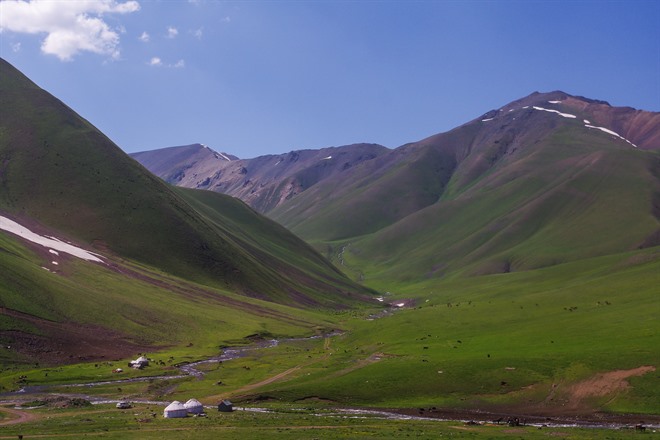 The final leg of the journey takes you 300km through beautiful Kyrgyz countryside towards the capital city of Bishkek. Start by setting off for the Chychkan Gorge, one of the most beautiful areas in Kyrgyzstan, and cross mountain passes over 3000m high. On arrival into Bishkek enjoy a tour that will take you to the Manas Monument, State History Museum, Victory Square, and much more. (B,L,D) 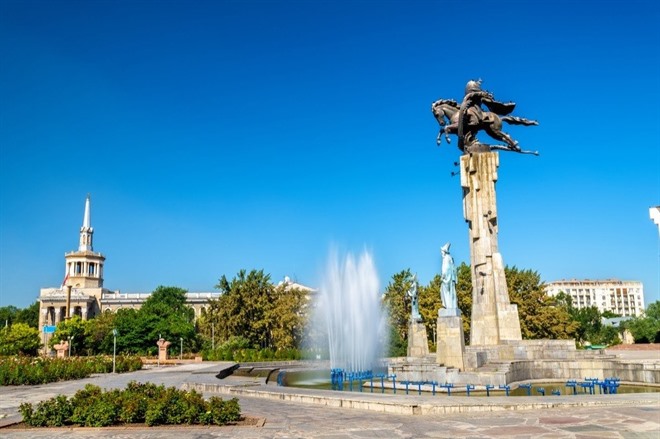 This morning visit the vast bazaar and explore the stalls before buying a picnic lunch to take to Ala Archa National Park. This alpine national park is located just 40km from Bishkek, but lies at an elevation of 2100m. Here eat lunch, spend some time taking in the scenery and do some walking before returning to Bishkek for a final dinner. (B,L,D)

Transfer to the airport for the flight home.