5 Breakaway states to travel to
7 Places to visit while you’re in Armenia
Desert vs ice; the adventure travel showdown

11 Day Tour, from £1875 per person
Step inside thousand-year-old churches and be one of the first visitors to sip homemade mulberry vodka with locals in our pioneering tour of Nagorno-Karabakh.
Enjoying a beautiful setting amidst the Lesser Caucasus Mountains, Nagorno-Karabakh is an ethnic Armenian enclave inside Azerbaijan.  A self-declared republic since 1992, Regent Holidays was one of the first and is still one of the only tour agencies to bring visitors to the region.

It’s a region rich in history and, amidst the spectacular scenery of its mountain peaks, you'll find ancient monasteries where life has remained much the same since Armenia became the world’s first Christian state in the 4th century. This was once a kingdom that rivalled Rome, and at the ruins of Tigranakert you can explore the remains of what was once one of its biggest cities. It is now one of the world’s most exciting new archaeological digs. Our tour also takes in the small but spruced up capital of Stepanakert, including an introduction to its strong Soviet heritage and the chance to see the government buildings of the Nagorno-Karabakh Republic.
Chat to a travel specialist 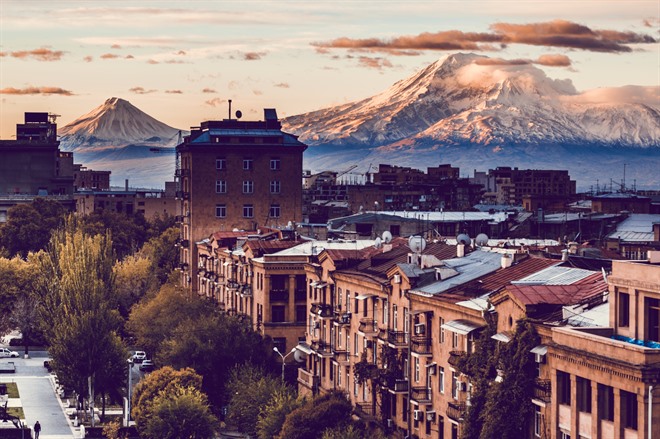 Fly to Yerevan via Kyiv. 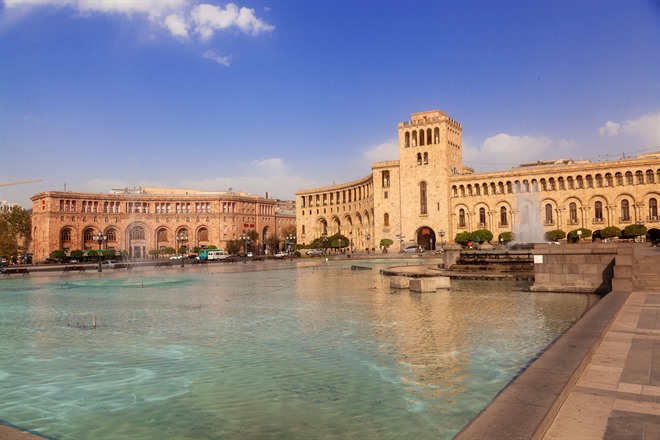 Arrive in Yerevan in the early hours. On arrival in Armenia you will be met by your local guide and transferred to the centrally located Republica Hotel, here checking in for a 3 night stay. After your long journey from the UK enjoy the rest of the night and all morning at leisure - breakfast will of course be available at the hotel. Later today formally start your sightseeing with a welcome lunch before commencing an introductory tour of the pleasant Armenian capital. Sights to visit will include Freedom Square, Armenian Opera Theatre (exterior only), and The Cascade (including Fernando Botero’s sculpture of ‘The Black Cat’). Visit Victory Park and the Mother Armenia Statue before heading underground from Barekmutiun on the metro system, emerging at Republic Square. Have the rest of the day at leisure. (B,L) 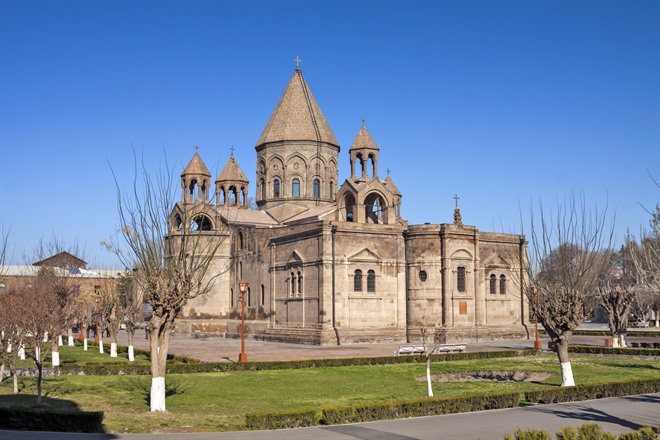 This morning visit Etchmiadzin Cathedral, the religious centre of Armenia. Being a Sunday you will likely be able to see the Cathedral in all its glory, with the Sunday service and cathedral choir in full swing. From Etchmiadzin visit the 7th century ruins of the marvellous medieval cathedral Zvartnots and Saint Hripsime Church. This entire area is a UNESCO World Heritage Site. Back in Yerevan visit the Vernisage open air market. After lunch visit the Armenian Genocide Museum and Memorial Complex before having the rest of the day free at your leisure to explore Yerevan independently. (B,L) 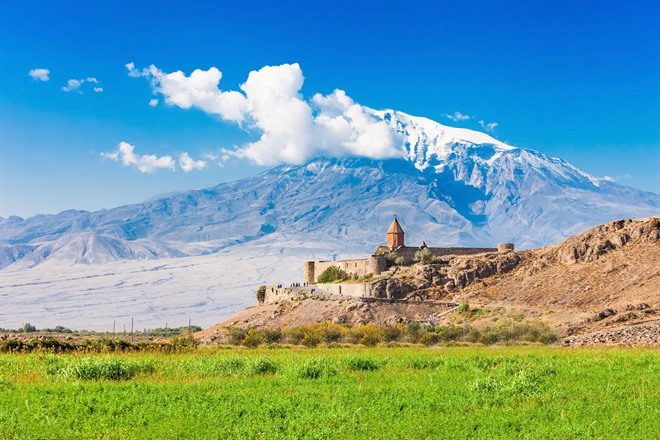 Departing Yerevan begin the journey towards Nagorno Karabakh, heading south east to the city of Goris. First site of the day will be the Khor Virap Monastery – this stone monastery set against the back drop of a snow-covered Mount Ararat is an iconic image of Armenia. Pressing on visit the Noravank Monastery. Last site of the day before arriving in Goris will be Karahunj—the Armenian equivalent of Stonehenge. Check into the Mirhav Hotel for a one night stay. (B,L,D) 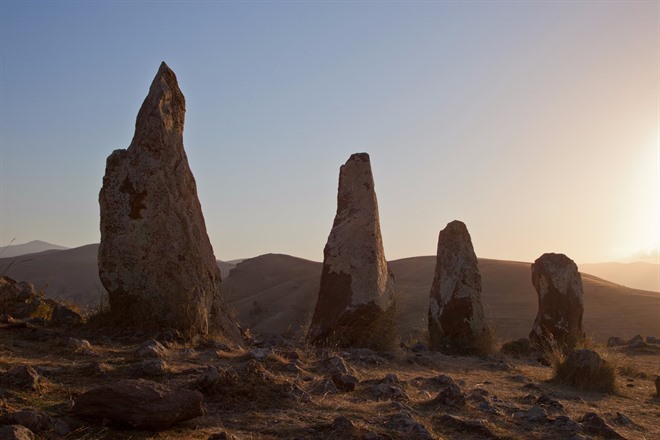 Today take a cable car to the spectacular Tatev Monastery. Known as Wings of Tatev, the cable car holds the record for the longest non-stop double track cable car in the world, measuring some 3.5 miles. Pressing on start making your way towards Karabakh, with a visit to the village of Khndzoresk, famous for its canyon with picturesque rock formations and ancient cave settlement. The artificial caves, some of which are currently used as stables and warehouses, were inhabited until the 1950s. From Khndzoresk drive to Nagorno Karabakh, enjoying lunch en-route. On arrival in Shushi, the old capital of Artsakh, check into the Avan Shushi Plaza Hotel for an overnight stay. (B,L,D) 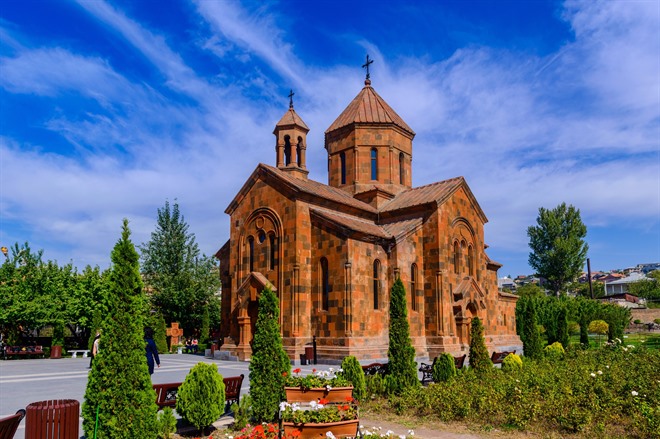 Checking out of our hotel enjoy a sightseeing tour of Shushi, where we will visit the main church of Ghazanchetsots, the Mosque and so-called “Green Church,” known as Kanach Jam. From Shushi head to Amaras Monastery, one of the first schools founded by Mesrop Mashtots, creator of the Armenian Alphabet. The road will pass via Shosh, an area of outstanding natural beauty, where there are many plantations of mulberry trees that are used in the making of mulberry vodka; here time and weather permitting, those who wish can enjoy a 6km walk to see what is believed to be a 2000 year old Platanus tree, the oldest tree in the former USSR. On arrival in Stepanakert, the capital of Nagorno Karabakh, check into the Vallex Garden hotel for a three night stay. (B,L,D) 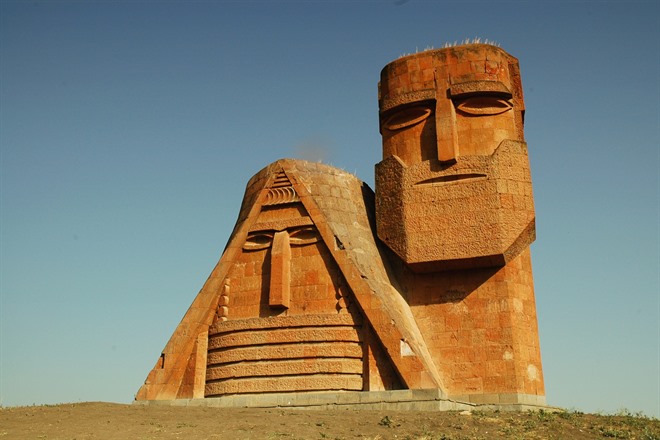 This morning visit the We Are Mountains and Victory Monuments before going to the Artsakh State Museum. Pressing on visit the small Museum of Missing Soldiers & Museum of Fallen Warriors. After a morning of getting to understand the contemporary history of Karabakh enjoy lunch. This afternoon visit the Gandzasar Monastery, one of the main religious sites of Karabakh. This monastery was founded in the 13th century on a site where locals believe the head of John the Baptist is buried. Enjoy the evening at leisure. (B,L) 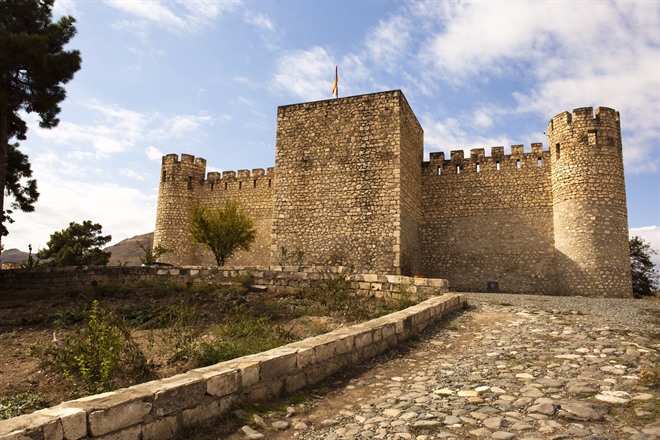 Today explore two important city-fortresses in Karabakh, starting with the remains of the Mayraberd Fortress. En-route we will see in the distance the ruins of Aghdam city (sadly a stop here is not permitted), destroyed during the Karabakh War. After Mayraberd visit Tigranakert, established by King Tigranes the Great in the 1st century BC. This is now a rich archaeological site and working dig, only discovered in 2006. This afternoon enjoy wine tasting at the Askeran Winery before making our way back to Stepanakert, stopping en-route for a quick visit to Stepanakert Airport, renovated in 2011 after decades of neglect, but not currently functioning to scheduled aircraft due to the complex political situation. Before returning to your hotel visit the Stepanakert Fruit Market and then have the rest of the afternoon at evening free to explore this friendly and walkable city under your own steam. (B,L) 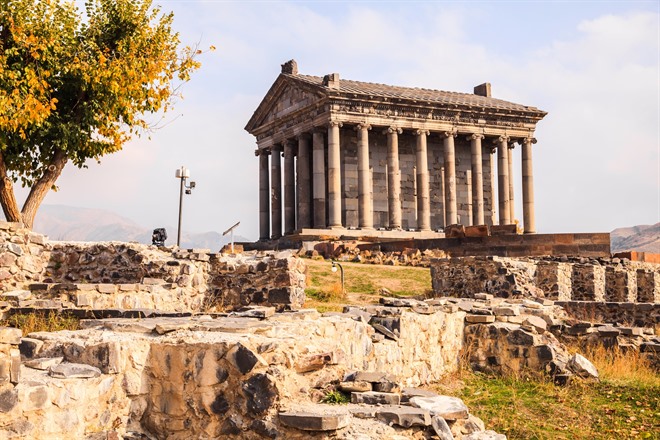 This morning check out of our hotel and spend the day driving to Dilijan, back in Armenia. On the way we will visit Dadivank Monastery, one of the largest medieval monasteries founded by St. Dadi, a disciple of St. Thaddeus, who spread Christianity across the region in the 1st century. Leaving Nagorno Karabagh on the newly renovated northern road enter the Gegharkunik region of Armenia, home to Lake Sevan. Before arriving at the hotel visit Noratus, a medieval cemetery with a large number of early Khachkars. On arrival at the Dilijan Paradise Hotel check in for a one night stay and have dinner at the hotel. (B,L,D) 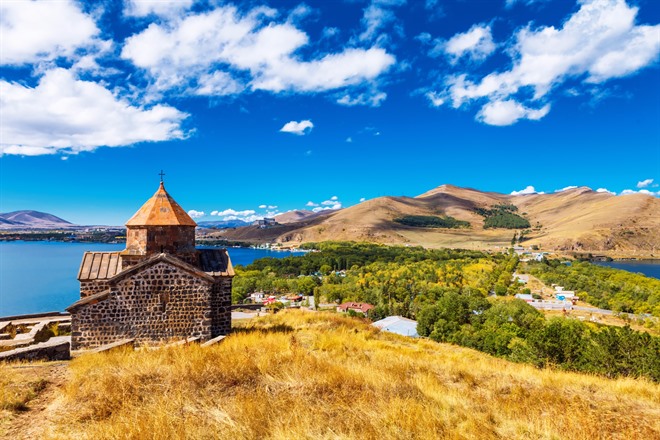 Departing our hotel board a small boat for a trip on Lake Sevan to the 9th century Sevanavank Monastery. From tiny Sevanavank we will head to-wards Yerevan, stopping en-route in Garni. Here visit the restored Garni Temple. This temple, dating from the first century AD, is a splendid example of ancient architecture. At one time a great complex of palaces and temples, serving as a summer residence for the Armenian Kings, stood here. After lunch in a private home in Garni head to the nearby Geghard Cave Monastery, constructed in the 13th century. Arriving back in Yerevan return to the Republica Hotel and check in your final night of the tour. After a little free time head out for a farewell dinner. (B,L,D) 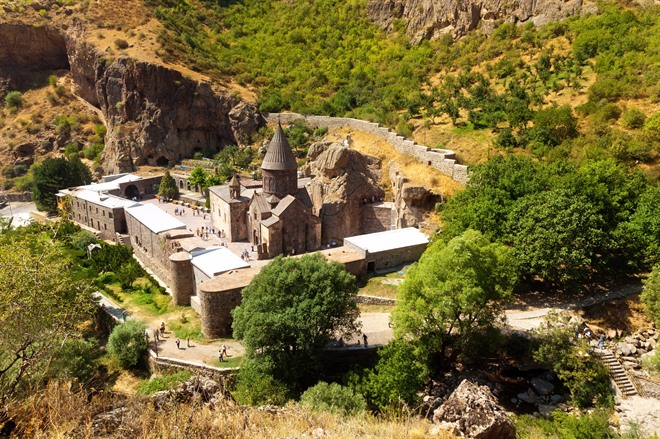 Today transfer to the airport and depart Yerevan for your flight back to the UK via Kiev. (B)

* Please note guidebooks will only be posted out to UK addresses. 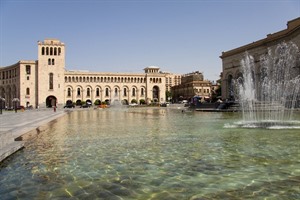 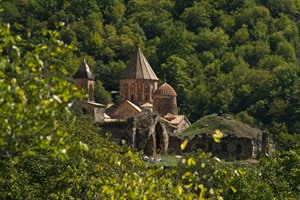 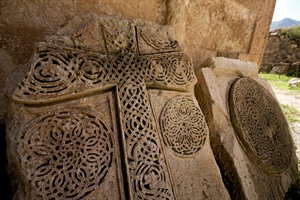 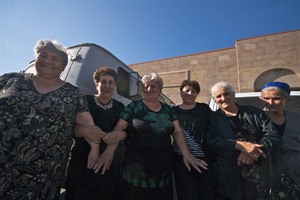 Naira was a brillianf guide and manager - enthusiastic, informative and flexible. It was an excellent insight into Armenia and its sights and history.