The Grand Volga Dream from Moscow to the Caspian Sea

From the Golden Horde to the Soviet era, the stunning cities of Russia’s grand Volga River have borne witness to some of the most significant events in Russian history. On a journey aboard the M/S Volga Dream, cruise from Moscow to Volgograd. Discover iconic onion-domed churches, stroll through gems such as medieval Nizhny Novgorod, and explore the treasures of Yaroslavl, the oldest city on the Volga.

Visit magnificent Red Square and the Kremlin, and examine the collection at the Kremlin's State Armoury. Enjoy lectures by an on-board guest speaker about the history and culture of local communities and famous Russians who were born and lived on the banks of the Volga River. Experience Russia's diverse musical traditions at lively folk music performances and explore Volgograd, the site of the battle that decided the course of World War II on the Eastern Front.

Arrive in Moscow and transfer to the Ararat Park Hyatt Hotel. Spend the evening relaxing or exploring Moscow. 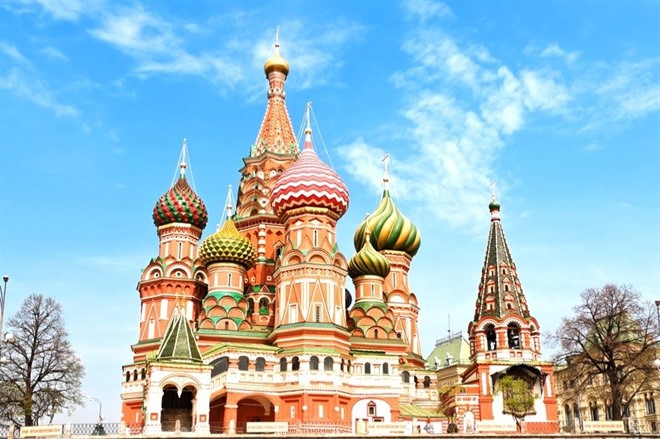 Begin the day with an orientation city tour of Moscow which includes Red Square, the impressive St. Basil’s Cathedral and the Cathedral of Christ the Saviour. Continue to the famous Novodevichy Cemetery which holds the tombs of Russian authors, musicians, playwrights, and poets, as well as famous actors, political leaders, and scientists. After lunch in a local restaurant visit the Old Tretyakov gallery to see its extraordinary collection of Russia art. Enjoy a guided tour of some of Moscow’s most impressive metro stations. (B,L) 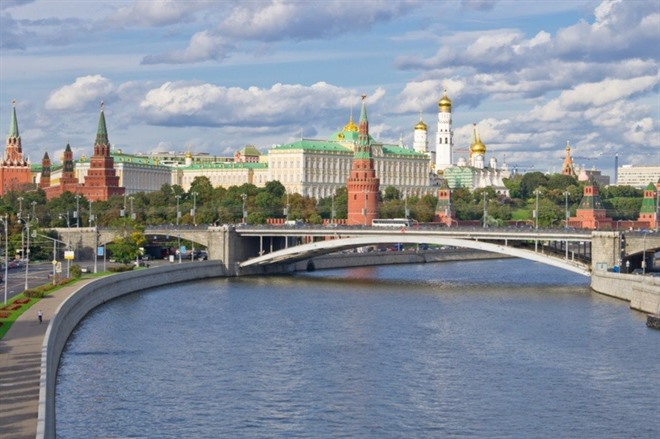 In the morning visit the Kremlin and Armoury Museum to view its collection of opulent coronation finery, hand-forged armour and weapons, royal carriages and sleighs, and dazzling Fabergé eggs. Later, transfer onto the Volga Dream and experience the ‘Bread, Salt, & Vodka’ welcome ceremony aboard. Tuck in to a delicious buffet dinner before setting sail along Russia’s waterways. In the evening meet your crew and Captain at the Captain’s Welcome reception and dinner. (B,L,D) 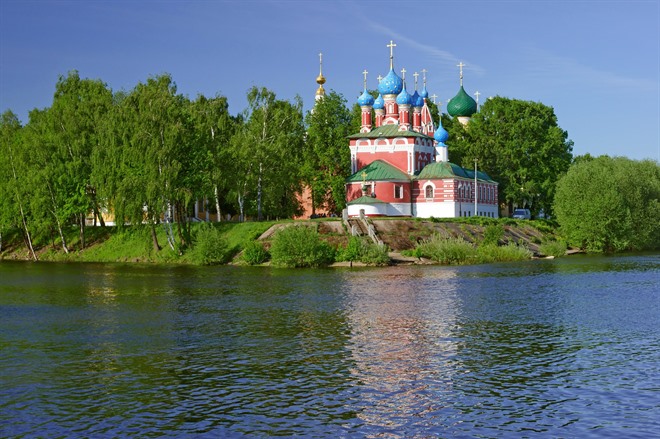 Arrive in Uglich, one of Russia’s most picturesque towns, and enjoy the  beautiful view of the Cathedral of the Resurrection and St. John's Church looming on the horizon. Start a walking tour of this Golden Ring city and visit the Chapel of St. Dmitry on the Blood, a 17th-century architectural treasure built on the site where Ivan the Terrible's young son met his death. Continue to the five-domed Church of the Transfiguration, noted for its beautiful iconostasis, and enjoy a concert of choral music. (B,L,D) 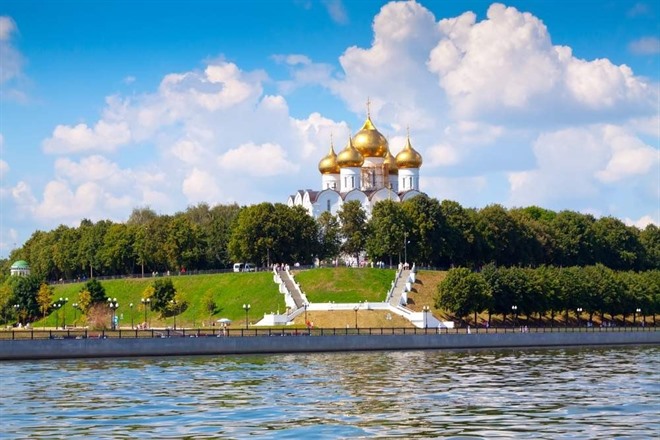 Today discover the city of Yaroslavl. Founded in the 11th century by Prince Yaroslavl the Wise, Yaroslavl is the oldest city on the Volga. It escaped damage during World War II so many of Yaroslavl's 13th-17th century churches are intact.  Visit the Saviour Transfiguration Monastery, adorned with murals depicting Saint John's apocalyptic visions. Continue to the 17th-century Church of Elijah the Prophet with its most prized asset - frescoes painted by renowned artists of ancient Russia and experience a costumed Russian tea ceremony at the governor’s house. Re-board the M/S Volga Dream for lunch. (B,L,D) 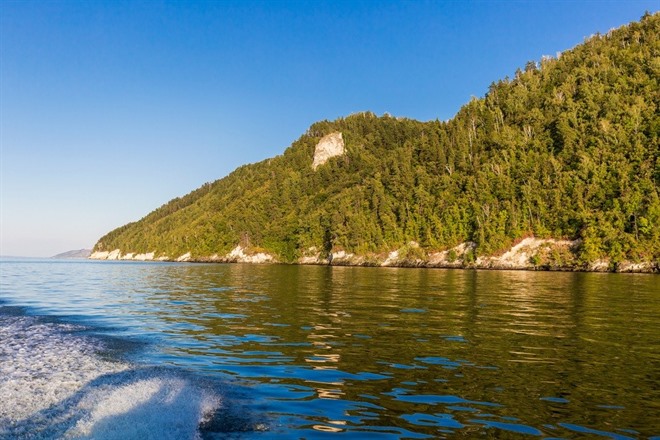 Spend the whole day at leisure sailing along the picturesque Volga river and attend a lecture about the history and traditions of these places you are sailing past. (B,L,D) 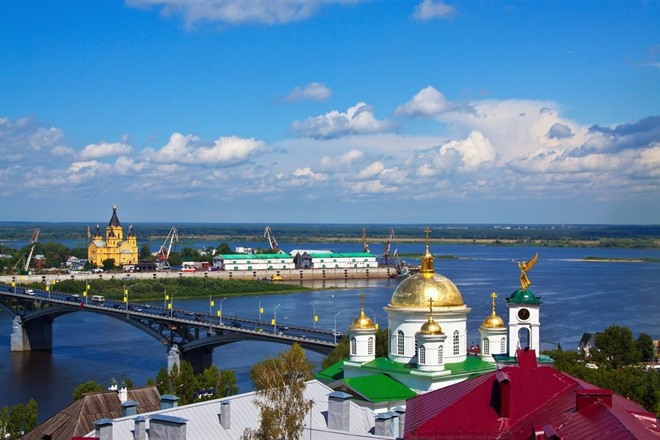 Sail to Nizhny Novgorod (formerly Gorkiy), sometimes called the ’third capital’ of Russia. Founded in 1221, the city was an important trading centre until it was closed to foreigners due to military activity during the Soviet era. Learn about the city's history as a place of exile for political prisoners, enjoy a walk on the ramparts of the 16th-century Kremlin and visit elaborately painted churches. In the evening enjoy a concert by a local children’s folk group. At dinner learn how to drink vodka like a Russian! (B,L,D) 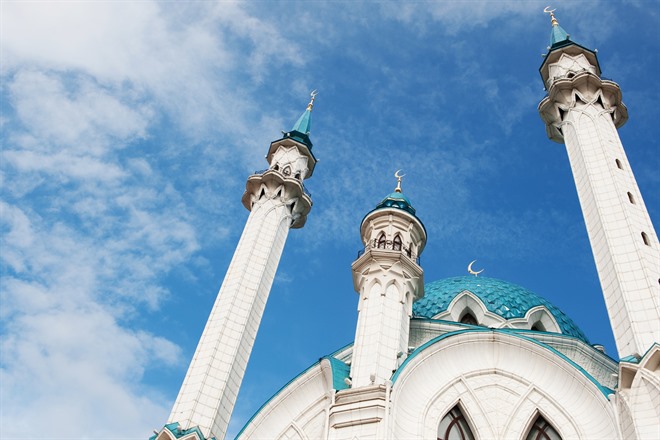 This morning enter the Republic of Tatarstan and enjoy the view of charming mosques. In the afternoon, reach Kazan, the capital of Tatarstan. While in the city, visit the ‘citadel’: a white-walled Kremlin where the famous mosque Kul-Sherif neighbours the old Peter and Paul Cathedral. In the late afternoon, enjoy a concert by a local Tatar folk ensemble before returning to the M/S Volga Dream. (B,L,D) 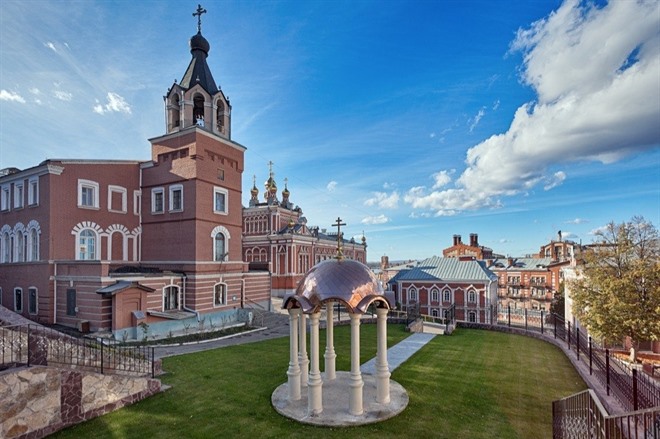 Continue sailing alongside the Zhigulevskie mountains and reach the city of Samara. Visit the space museum and stroll along the Volga esplanade to the Samara State Art Museum. In the afternoon, transfer back to the Volga Dream and enjoy a barbeque on the decks. (B,L,D) 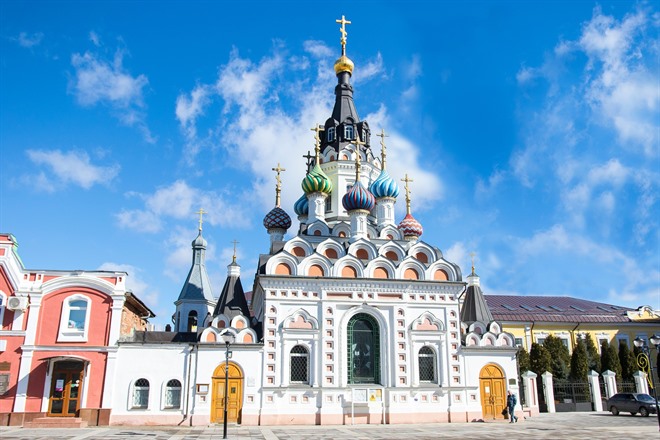 Founded in 1590, Saratov was initially a fortress forming a line of defence for the trade route along the Volga. Today Saratov is known for its connection to Russia's first cosmonaut, Yuri Gagarin, who lived and studied here. Embark on a full day city tour and visit Radishev State Art Museum who displays a fine selection of art from the 18th to the 20th centuries. (B,L,D) 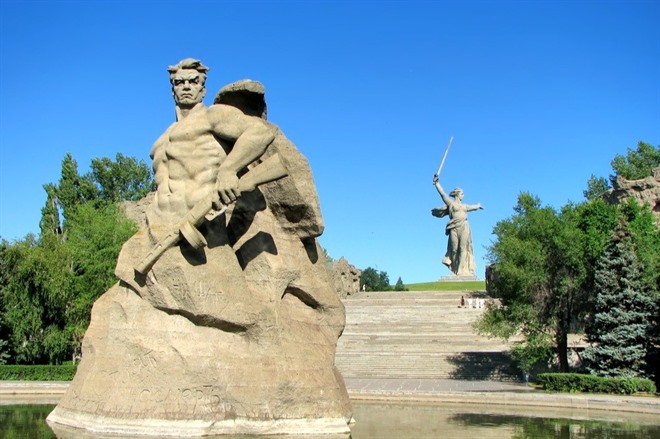 Arrive in Volgograd and learn about its tumultuous history. Originally called Tsaritsyn, it was renamed Stalingrad during the Soviet era before assuming the name we know it by today in 1961. It is primarily known for the most triumphant and tragic event in Soviet history: the Battle of Stalingrad. Visit the memorial on Mamayev Hill and the Stalingrad Battle Panorama Museum, which features dozens of exhibits on the Battle of Stalingrad and the soldiers who fought and died there. In the evening transfer back to the M/S Volga Dream. (B,L,D) 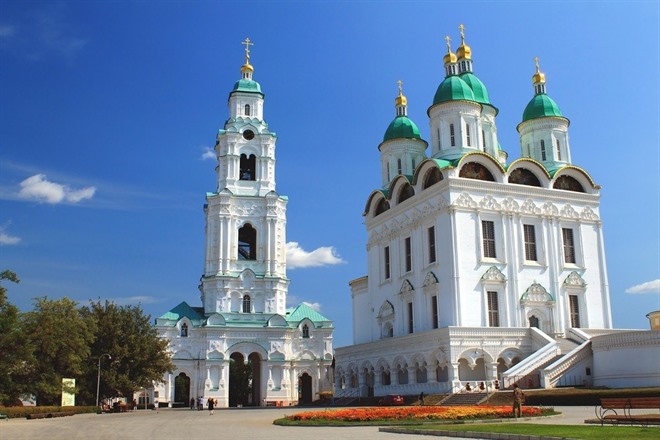 This evening arrive in the city of Astrakhan. This is the world capital of caviar and centre of the fishing industry in Western Russia and where the mighty Volga flows out into the Caspian Sea. In the evening enjoy a concert at the local conservatory. (B,L,D) 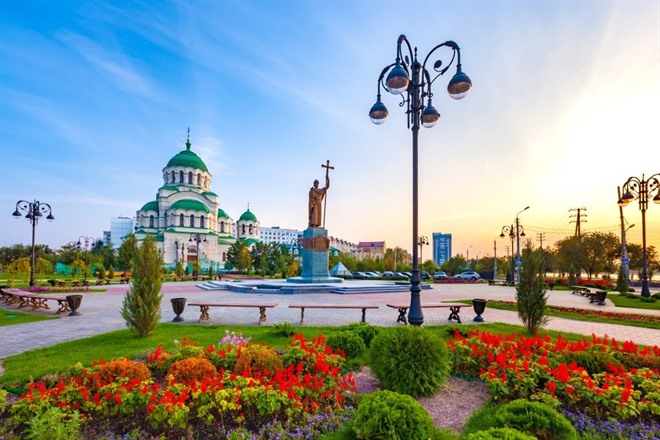 The morning begins with a tour of a local fortress built during the reign of Ivan the Terrible. After lunch an optional and fascinating lecture on the famed and much coveted black caviar, followed by a private tasting of this most precious delicacy (payable locally). (B,L,D) 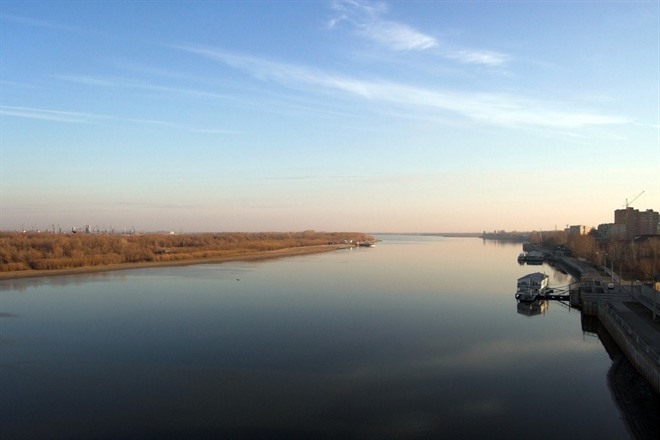 After breakfast, transfer to the airport for your flight back to the UK, or your onwards destination. (B)

Please note that these prices are based on Standard Cabin on the cabin deck. Please call a Regent Russia Travel Specialist for further details.

Rebuilt in 2007, M/S Volga Dream is the first luxury cruise ship of its kind on the Russian waterways. The ship carries approximately 109 passengers and approximately 60 staff to cater to your needs.

Facilities on board include a dining room serving Continental and Russian cuisine, Neva Lounge and bar with live music, Ladoga Bar, souvenir boutique, library with internet access, 24 hour tea and coffee station, laundry service (no dry cleaning). There is also a sauna and fitness centre on board.
The ship has 56 comfortable cabins. Each stateroom has either a window (Sun Deck, Promenade Deck, Main Deck) or porthole (standard staterooms on Cabin Deck). Cabins are equipped with air conditioning, mini bar, safe, telephone and flat screen satellite television.

• Passenger health and safety is Volga Dream’s highest priority. Before the 2021 cruise season begins, together with Volga Dream, we will review the situation with COVID-19 and adopt all the necessary hygiene policies and practices in line according to industry guidance at the time.

• Volga Dream is a small ship with only 100 passengers, which means social distancing is easily achieved. All staterooms and suites have independent ventilation, air-flow systems and individual air conditioning units.

• Passengers with flu-like symptoms will not be allowed to board.

• All public areas will be disinfected and sanitised frequently and daily. Hand-sanitising facilities will be provided on board.

• Guests and staff will have regular temperature monitoring.

• The ship has well-equipped medical facilities and there is always a doctor on board.