This 11-day tour of Azerbaijan goes beyond the increasingly cosmopolitan capital of Baku and strives to highlight the real Azerbaijan, a world away from the relative glitz and glamour that can be found in the capital.

While time will of course be spent in and around Baku which has some spectacular sights, the tour will focus inland on the second city of Ganja, the historical town of Sheki and the lesser visited Qabala and Lahij. A highlight for many on this tour will be a three-night stay in the remote Nakhchivan Autonomous Republic.

Depart London LHR on a flight to Baku. 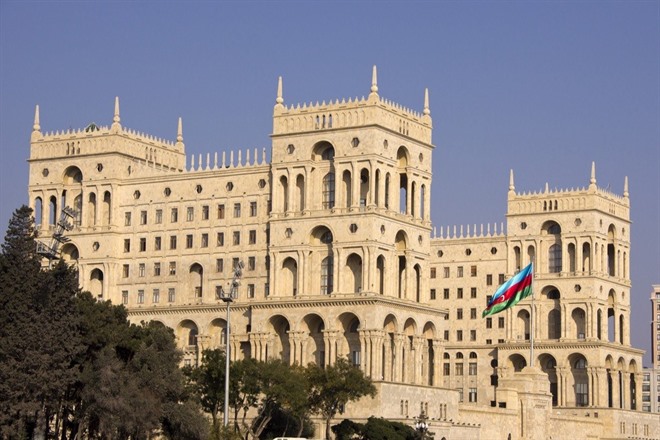 Upon arrival in the capital of Azerbaijan, transfer to the hotel and spend time at leisure. Then, enjoy a traditional welcome lunch in a nearby restaurant with a local guide before commencing an introductory tour of Baku and its captivating Old Town. Stops will include the Azerbaijan Carpet Museum, Hillside Park, the Palace of the Shirvanshahs, Maiden Tower, the Baku Museum of Miniature Books and the Juma Mosque. In the late afternoon, return to the hotel for an evening at leisure. (B,L) 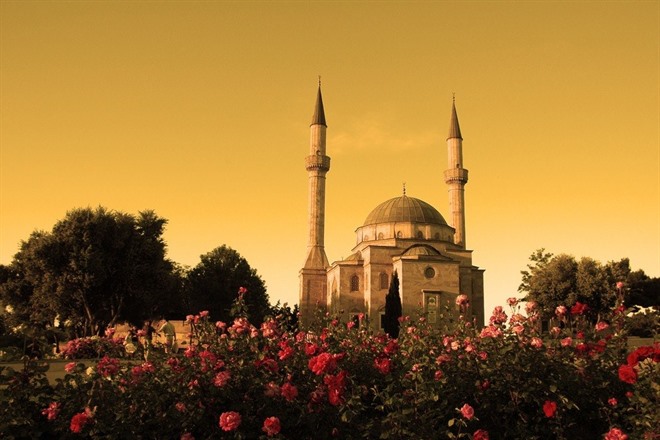 Start the day with a morning of further sightseeing in Baku, scheduled to include the iconic Heydar Aliyev Center, the City Bazaar and a tour of the Nobel Brothers Home Museum. After lunch, enjoy a tour of the Absheron Peninsula, a visit to Yanar Dag (Burning Mountain), the Atashgah Fire Worshippers’ Temple and the Gala State Historical-Ethnographical Preserve. Return to Baku for a traditional dinner before retiring to the hotel in the evening. (B,L,D) 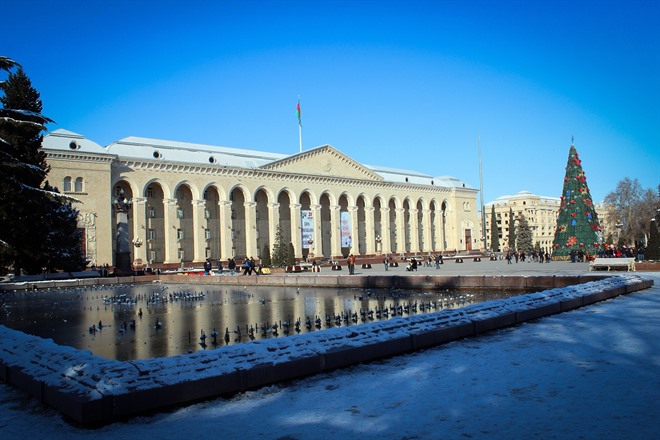 This morning, rise early and check out of the hotel in time to get to Baku’s impressive railway station to catch the ‘fast’ train to Ganja. On arrival in Ganja, Azerbaijan’s second city which is largely overlooked by tourists, enjoy lunch before a whistle-stop walking tour to some of the best sights. Visit the Bottle House of Ganja and the Nizami Monument before departing by car to Sheki for dinner and an overnight stay. (B,L,D) 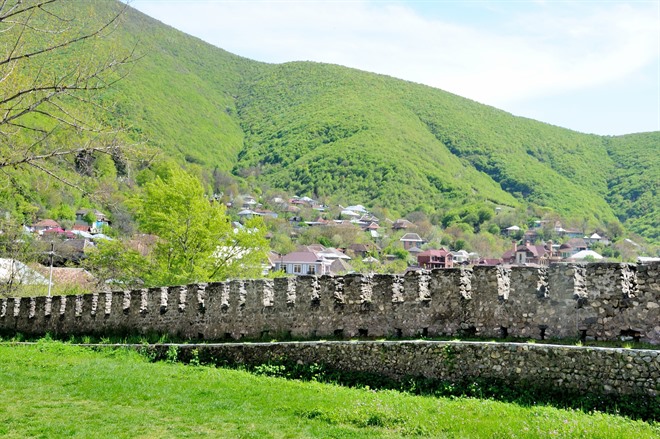 This morning, check out of the hotel and spend the bulk of the day sightseeing in the city of Sheki. With a history dating back 2,700 years, there are a number of historical and cultural sights such as the Sheki Khan’s Palace, the Old Caravanserai and one of the city’s famous Halva shops (an extremely popular Azeri dessert). Departing Sheki, drive to Qabala and check into the Qafqaz Karvansaray Hotel (or similar) for an overnight stay. (B,L,D) 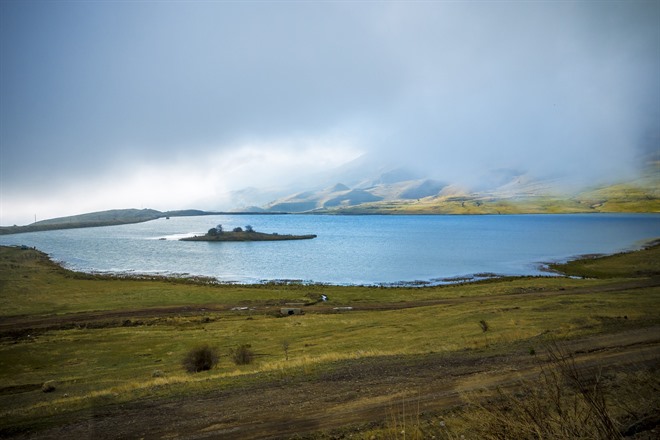 Depart the hotel and spend much of the day slowly travelling towards Baku, with sightseeing in the ancient settlement of Lahij and the town of Shamakhi. From Baku, take an evening flight to Nakhchivan and transfer to the Tabriz Hotel (or similar) for a three-night stay. (B,L) 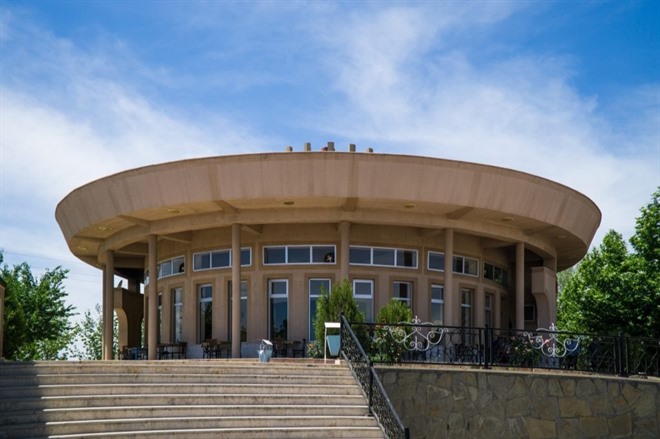 Enjoy the morning sightseeing in Nakhchivan City, with visits to the Heydar Aliyev Museum, Noah’s Tomb, the 12th century Momina Khatun Monument, the house of Rahim Khan, the Tomb of Yusif Ibn Kuseyir and the Nakhchivan History Museum. This afternoon, head out of the city to visit the village of Garabaghlar to see the 12th-14th century Garabaghlar Mausoleum. The last visit of the day will be to the Dusdagh Salt Mines’ Hospital. (B,L)

After breakfast, depart for a day of sightseeing in Nakhchivan, starting with a train journey to the small city of Julfa, located beside the Iranian border. From here, head to the nearby Gulustan Mausoleum which dates to the 13th century. The next stop will be Ordubad, the second largest settlement in Nakhchivan with a population of approximately 10,000 for a visit to the Geysariyya Museum & Old Mosque. After lunch in Ordubad, visit the Alinja Fortress which is over 2,000 years old and is occasionally referred to by the locals as ‘the Machu Picchu of Azerbaijan’. Return to the hotel in the late afternoon for an evening at leisure. (B,L) 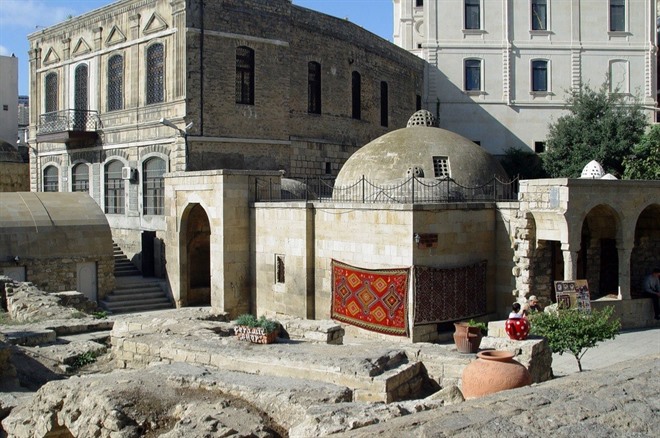 Check out of the hotel for a final few hours of sightseeing in Nakhchivan. Visit Batabat in the Shahbuz Plateau, an almost uninhabited region of forests, mountains and lakes. Return to Nakhchivan City for lunch. There may be some time for any final sightseeing, shopping or leisure time before flying back to Baku. Upon returning to the Azerbaijani capital, check into a hotel for a two-night stay. (B,L) 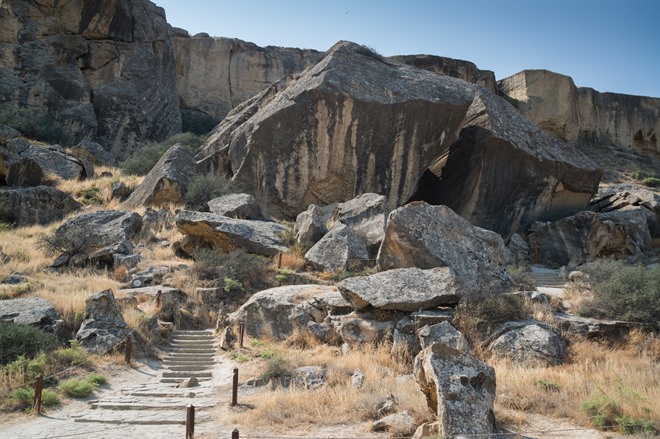 Today enjoy an excursion south, driving along the Caspian coast to the Gobustan State Reserve to see rock carvings and petroglyphs which date back as far as 20,000 years.  Don't miss a visit the reserve’s famous Mud Volcanoes. Enjoy the rest of the afternoon and final evening in Baku at leisure. (B,L)

Enjoy the bulk of the morning at leisure to relax in the hotel or take in any final independent shopping or sightseeing. Enjoy a farewell lunch with the guide and final/flexible sightseeing in the city before transferring to the airport for a flight to London Heathrow. (B,L)