Filming in the motherland: Bondarchuks' "Stalingrad"

Filming in the motherland: Bondarchuks' "Stalingrad"

One of the more unusual things I did during my time in Russia was participating in a film – not as an actor, but as what is known in Russian as “Massovka” or film extra.

Through my connections in the military historical collecting circles – I received a request to get up very early one August morning and make a short journey from Sankt-Petersburg to Kronstadt. Kronstadt is a fortress town, on an island due east of Sankt-Petersburg in the middle of the Finnish Bay. It’s perhaps most famous for the Sailors rebellion in 1921, and there is a memorial to the sailors in the central square of the town next to the newly restored cathedral.

Meanwhile at the film set, my friends and I gathered together at one of the smaller island fortresses outside the town where a large, and very realistic, set had been prepared.

After the usual hiatus at such proceedings – large amounts of chatter and discussions and interminable mobile calls from a variety of different film crew, we were all marched to a large tent filled with uniforms and kitted out. 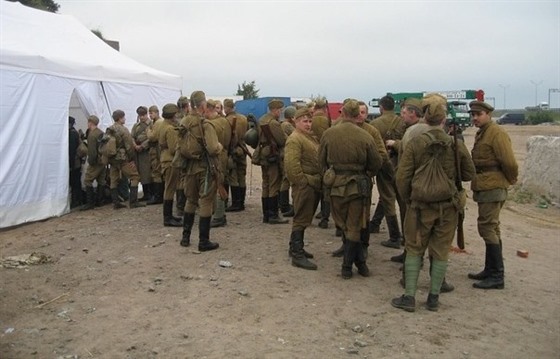 Re-emerging, now suitably clad and equipped, we joined another queue, leading to yet another tent, this time to have ‘grim’ applied to us. 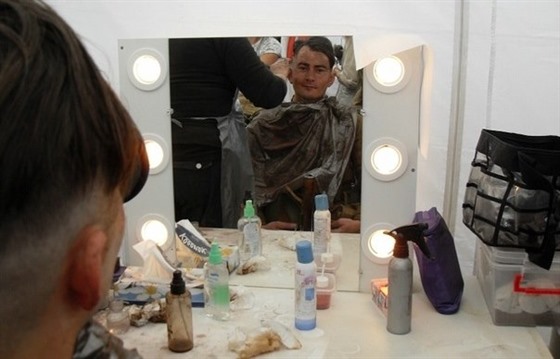 Grim’, turned out to be, amongst other theatrical make-up effects, all designed to faithfully replicate blood, dried sweat, brick dust and grime, a nasty concoction of cold coffee mixed with dirt which was then put into a spray bottle and liberally applied all over my head, neck and hands. 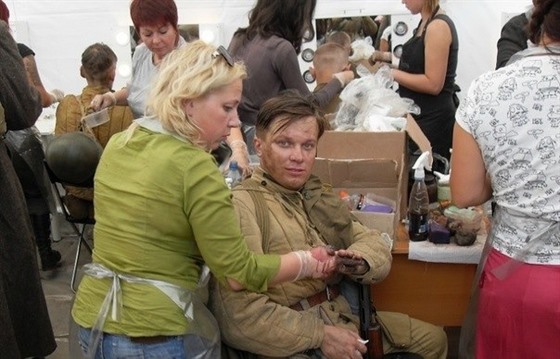 This then began to dry out in the heat of the Russian summer, to diligently and liberally reapplied during the filming by the ever-vigilant make-up team. It took several days afterwards to finally wash the remnants of it out of my hair!   Ah well, war is Hell…. 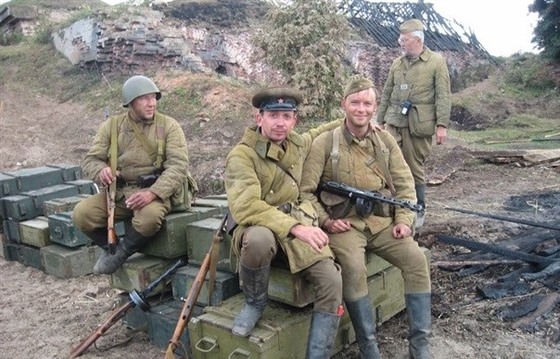 The next and final part of this transformation from 21st century travel writer to a Red Army soldier of the Forties was of course a visit to the ‘Oruzhnik’ – known as an armourer in English – after all, a soldier cannot be a soldier without some kind of weapon can he?

The full name of the weapon I was given by the MosFilm armourer was an original example of the ‘Pistolet Pulemyot Schpagina Sorok-odin” more famously known as the PPSh-41 – a large, and extremely powerful sub-machine gun, made famous for it’s use during the Second World War, more commonly known to Russians, and the former USSR, as the ‘Velikaya Otchestvenaya Voina’ or ‘Great Patriotic War’ in which over 27 million Soviet soldiers and citizens died.

Finally we were ready to begin filming under the directorship of Fyodor Bondarchuk, son of the famous Sergey Bondarchuk who directed such classic  films as “Waterloo” and “War and Peace.”  Fyodor himself is famous for his films such as “9 Rota” about the Soviet Army in Afghanistan during the Eighties. 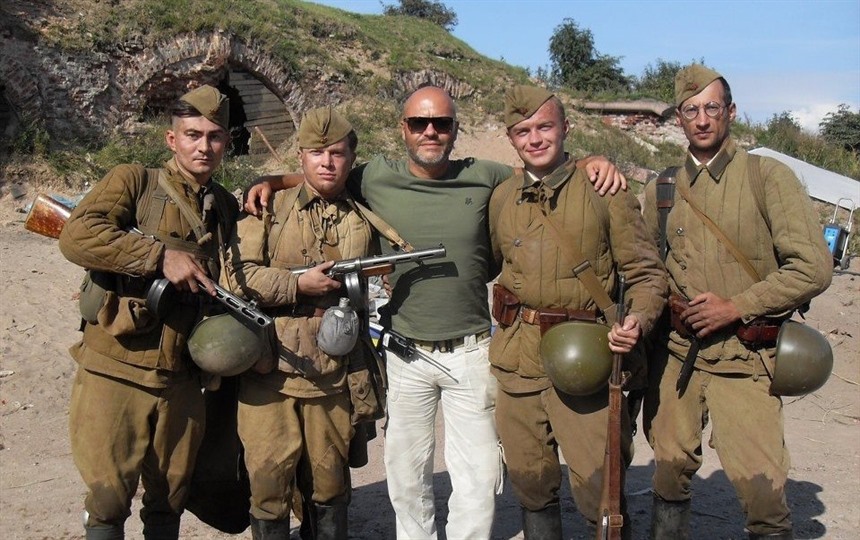 This latest film was to date the largest and most expensive film produced in Russia, and the first Russian production to use IMAX technology. This quickly became clear when we finally saw the set!

And the giant IMAX cameras, suspended on a flying wire, which itself was supported by three gigantic cranes, all costing some astronomic  sum to hire per day. 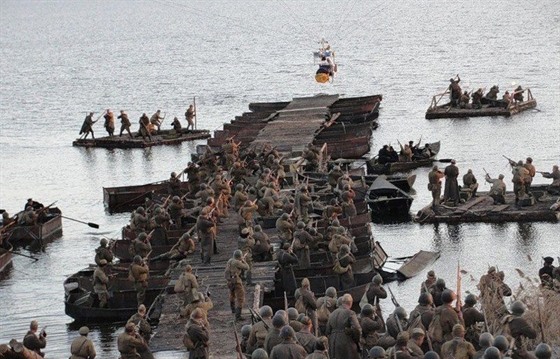 Looks like a real tank yes? In fact it was completely made from fibreglass! 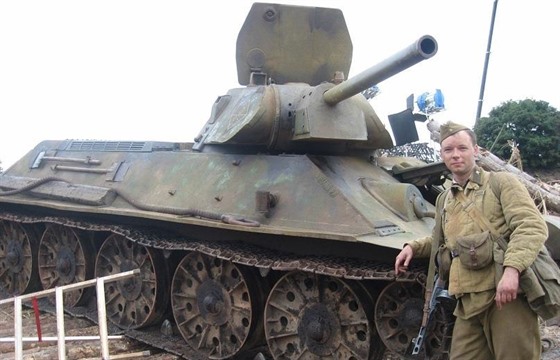 All in all it was great fun – despite being soaked to the skin, showered with falling soil from the pyrotechnics, burnt to a crisp (fortunately though the magic of CGI!) and slowly basting in the winter uniforms we wore so as to reproduce filming November 1942 in August of 2012!

Finally, just as a bonus – I got paid as well! 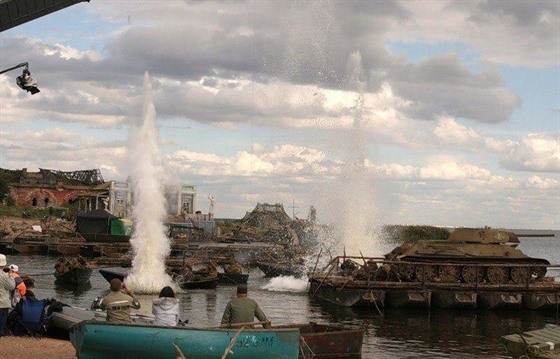 For people interested to know more about the city, now known as Volgograd, which witnessed the most pivotal and  ferocious battle of the twentieth century,  we offer a five day History of Stalingrad group tour which covers all of the  key historic  sites and museums dedicated to the battle.