5 restaurants in Kosovo you need to visit
Regent's book review: 'Travels in blood and honey: becoming a beekeeper in Kosovo' by Elizabeth Gowing

This holiday allows you to experience the best of Kosovo by travelling with a local guide and driver. Learn about medieval culture in Eastern Kosovo, enjoy the Ottoman architecture of Prizren and delectable wine-tasting in Rahoveci. Visit the stunning monasteries of Gracanica, Decani and Peja and travel up the spectacular Rugovo Gorge.  A tour to Kosovo would not be complete without sampling its delicious organic cuisine and many meals are included on this itinerary. 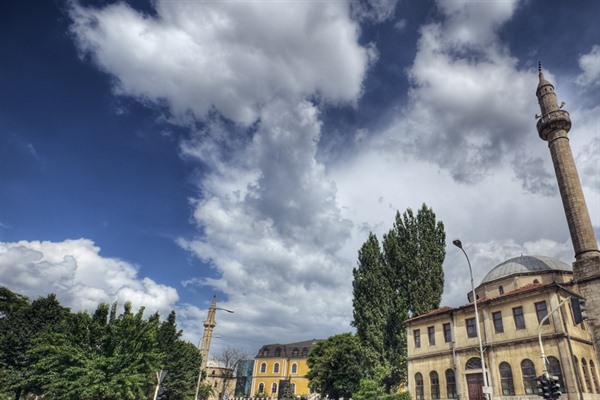 Fly to Prishtina and transfer to the Hotel Parliament or similar for 2 nights.
DAY 2
PRISHTINA 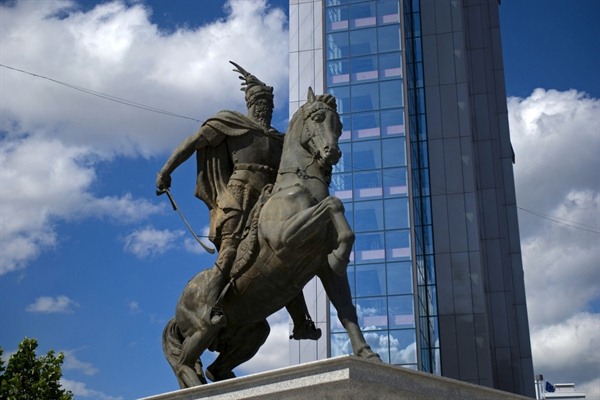 Morning walking tour of Prishtina including the Kosovo Museum and Emin Gjiku Ethnographic Museum, as well as photo stops at the Monument of Skanderbeg, Carshi Mosque (Bazaar Mosque) and the Kosovan Parliament. There will be an opportunity to sample a delicious macchiato in a local café. Enjoy a delicious lunch at the restaurant Gërmia located in Gërmia Park—a sprawling green park with lots of walking trails through the woods. In the afternoon drive to the Memorial Complex of the Battle of Kosovo (Gazimestan). A climb up the 100 steps to the observation platform for a great view of the Plain of Kosovo is well worth the effort! Our sightseeing will continue with a visit to the Mausoleum - final resting place of Sultan Murat Tyrbe. In the evening enjoy a dinner in one of our favourite restaurants in Prishtina—Pishat. (B,L,D)
DAY 3
EAST KOSOVO 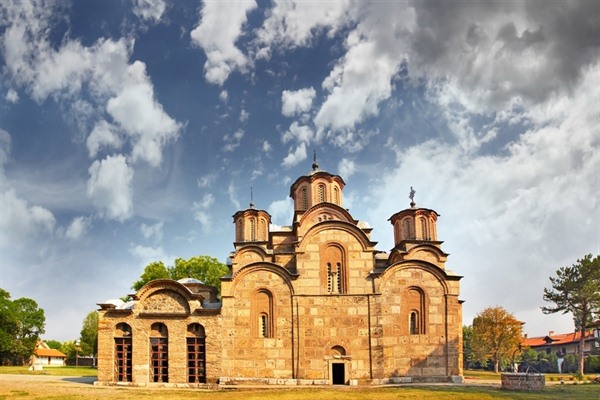 This drive south-east to visit the Archaeological site of Upliana, once one of the most important Roman cities in the Balkans. Also included is a visit at Novobrda Fortress, an archaeological site situated in the highest peak of the Novobrdo Mountain, on top of an inactive volcano crater. The castle was built during medieval times in the city of Novobrdo, which was one of the biggest cities in Balkans as well as one of the richest due to its natural resources; it was consequently often referred to as “the city of silver and gold”. Enjoy a delicious lunch at the Bujana restaurant. In the afternoon visit the sacred village of Letnica. Nestled in the mountains, the semi-deserted Kosovo village of Letnica is transformed each August for the Feast of the Black Madonna when thousands visit the place where the famous nun received her calling. For more than 300 years, the small Catholic church has overlooked the village of Letnica and gave sanctuary to its parishioners between its two white bell towers. In 1917, 7-year-old Agnesa Bojaxhiu was visiting Letnica from her home in nearby Skopje, as she did every year with her family. She later became known as Mother Teresa, whose work with the poor in Calcutta brought her international fame. Return to Prishtina and enjoy dinner at the Liburnia Restaurant. (B,L,D)
DAY 4
PRIZREN 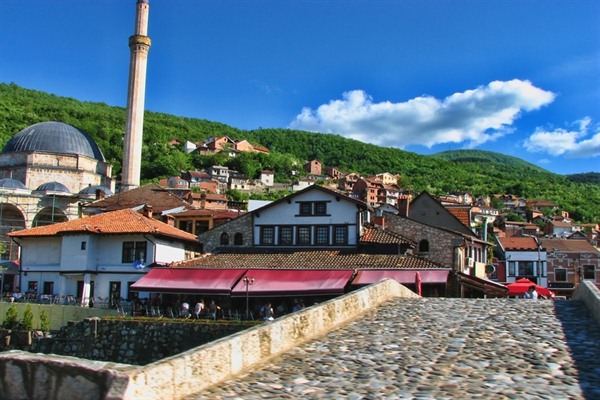 Today visit Gracanica, a 14th-century Serb Orthodox church, before continuing to the stunning Sharri region to see a unique marble cave in Gadima. Stop for refreshments in Brezovica—a Serbian settlement in the Štrpce municipality of Kosovo. Enjoy lunch at the Sharri Mountain Resort before continuing to Prizren, located on the slopes of the Sharri Mountains. Considered by many as the jewel in Kosovo’s crown , Prizren is a beautiful Ottoman town located on the slopes of the Sharri Mountains and on the banks of the River Bistrica. Highlights include the ruined fortress, which offers panoramic views of the town below and the old house and museum of the Prizren League. (B,L)
DAY 5
PRIZREN 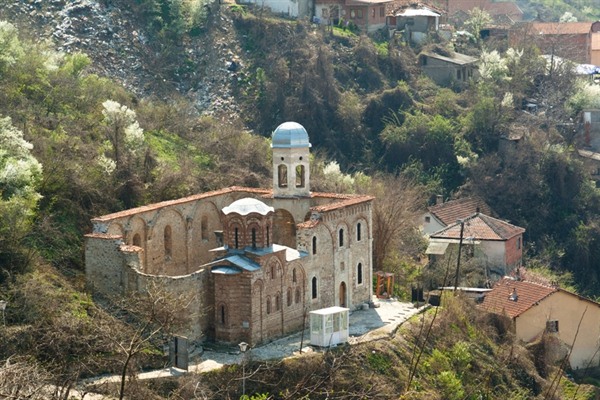 This morning spend time with your local guide exploring the central part of Prizren including the Sinan Pasha Mosque, the 16th century stone bridge, Hamam, Helveti Tekke, and the church of lady Ljevis. We include another delicious Kosovan lunch at restaurant Besimi before rest of the afternoon free to relax at one of the many outdoor cafes or explore further. Perhaps take a walk up to ruined castle of Prizren for a spectacular view of the town below. (B,L)
DAY 6
PRIZREN TO GJAKOVA 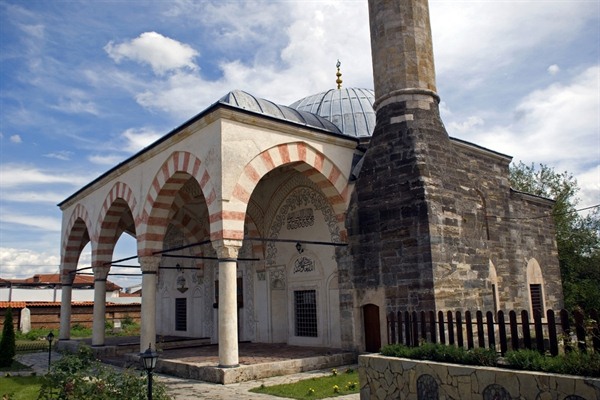 In the morning, drive to Rahoveci, where due to gentle sloping hills and abundant vineyards you could be forgiven for thinking you are in Tuscany. Here visit some private family-run vineyards. A traditional lunch will be served at “Tava e Rahovecit” restaurant, where you will sample the famous Rahoveci Casserole before continuing to Gjakova, where a stop is made at an ancient Ottoman stone bridge. On arrival in Gjakova there is a short walking tour of Gjakova including a visit to the Bektashi Community. Check-in to Hotel Carshia E Jupave for overnight stay. (B,L,D)
DAY 7
GJAKOVA TO ISTOG 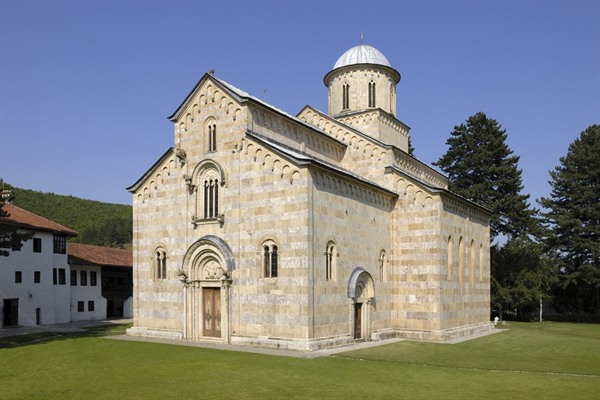 Today will be spent with a local guide exploring the region between Gjakova and Peja. Visit the Visoki Decani Monastery, often thought of as being the best preserved and largest church in the Balkans, is listed under UNESCO protection and features many impressive Medieval frescoes. Continue to the Peć Patriarch monastery, spiritual seat of Serbian archbishops and patriarchs. After a traditional lunch in the village of Drelaj, followed by a coffee break and sightseeing tour of Peja, travel to Trofta Resort and check in for overnight stay. In the evening dine in the famous restaurant of the Trofta Resort. Enjoy choosing any of the delicious fresh trout dishes from the menu. (B, L, D)

DAY 8
FLY TO THE UK
Depart for the airport with stop en route at the village of Prekaz, where, when the attack of Serbian military and police was launched on March 5, 1998, the leader of the Kosovo Liberation Army, Adem Jashari and his brother, Hamëza, were killed with more than fifty other family members including women and children. A packed lunch will be served on route and if time allows, a brief stop will be made at Mitrovica. Transfer to airport for flight back to the UK. (B, L)
Chat to a travel specialist 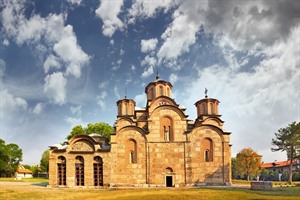 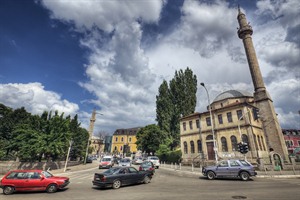 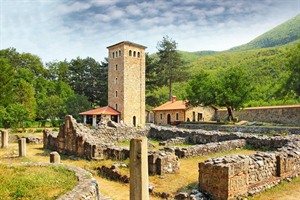