Phoenicians, Romans, Crusaders, Ottomans and Mamluks have all had their share in building cities, leaving behind crumbling ruins and bustling market towns, while the mountains house tiny villages and ancient cedar forests.

Fly to Beirut, one of the oldest cities in the world, and transfer to your hotel in the lively Hamra neighbourhood. (D) 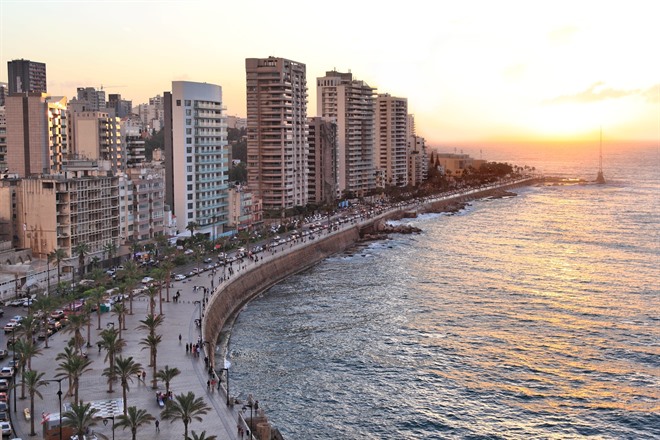 Today, tour Beirut, from the National Museum showcasing artefacts from the country’s archaeological sites, to the Roman Baths, for a small taste of the town’s ancient treasures. After lunch, join a local expert for a walking tour of Downtown Beirut. Here, the 15 year long civil war permanently changed the urban infrastructure, and you’ll see bullet-riddled buildings sat alongside modern glass towers. Learn about the war, its effects and the rebuilding of the city, and stroll along the corniche before dinner. (B, L, D) 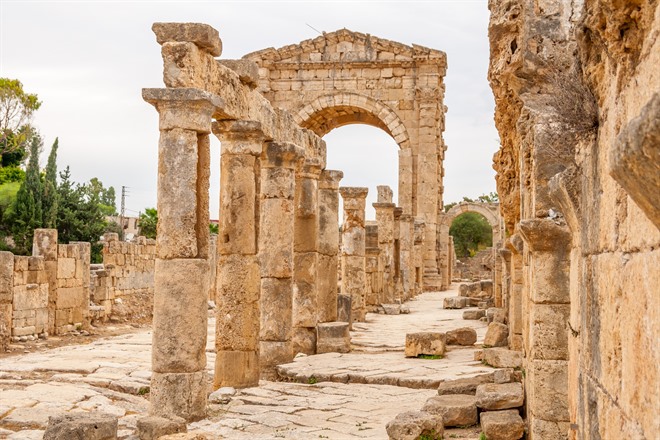 Head down the coast to Sidon, once a Phoenician centre, and Tyre. Visit the Sea Castle, built on a small island by the Crusaders and added to by the Mamluks, with vaulted rooms and a tower with views out along the coast. In the Old Town, navigate centuries-old windy lanes and visit the restored Audi Foundation Soap Museum. The town of Tyre lies on a promontory and has seen many civilisations pass through. Explore two Roman excavation sites and take in the hippodrome, colonnaded streets, baths, theatre and the huge triumphal arch. At the harbour, see workshops repairing boats traditionally and fishermen laying out their nets. After we head inland to the Chouf region and stay in the hillside village of Deir El Qamar. (B, L, D) 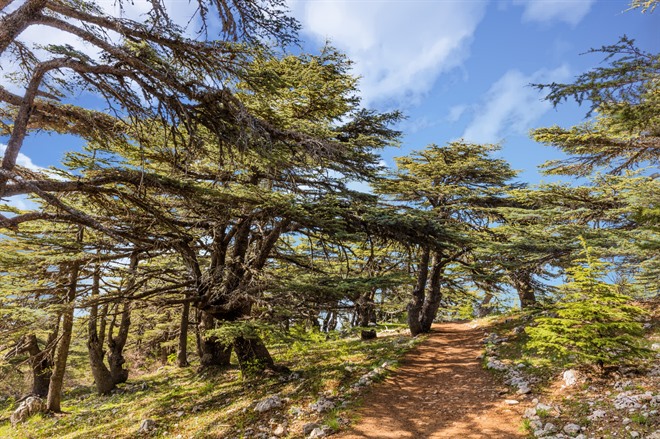 Explore the Chouf region, home to forests of cedar trees –some over 2000 years old – and terraces with picturesque villages. Our tour takes in Deir El Qamar village, a seat of power during Ottoman times and a Druze stronghold. Take in the stepped streets, tiny alleyways and houses, and after lunch continue to Beiteddine on the opposite side of the valley. Beitteddine is home to a beautifully restored 19th- century palace, blending European and Arab architecture. End the day with a walk through the cedars in the Chouf reserve. (B, L, D) 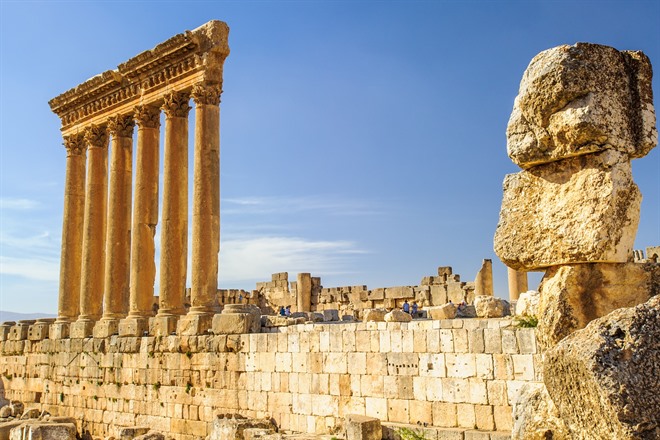 Today, head to Aanjar, an Armenian village by the Syrian border with a beautiful mountain backdrop, home to UNESCO-listed Umayyad ruins. The palace is particularly impressive and there are remains of mosaics in the baths. Continue to Baalbek, an immense Roman site containing some of the largest Roman remains in the world. Take in the Hexagonal and Great Courts and the Temple of Jupiter and Temple of Bacchus. En route to the village in which you will spend the night, stop at a winery in the Bekaa Valley. (B, L, D) 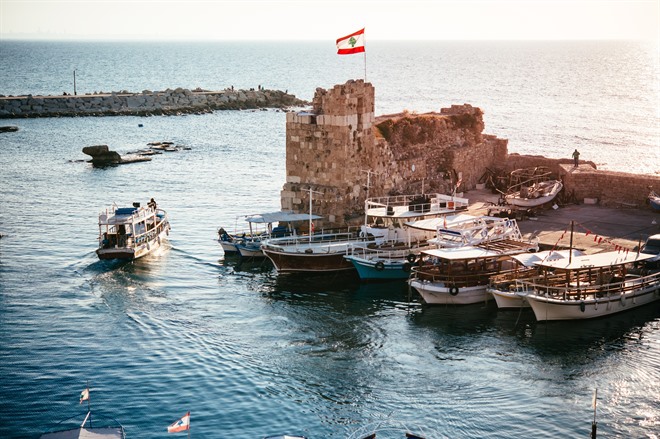 After breakfast with your hosts, visit the Jeita Grotto in the mountains – one of the world’s largest collections of stalagmites and stalactites in the world. Take a cable to the upper cavern, ride a small train to the lower cavern and board small boats for a cave tour. Next head to Byblos to roam a network of medieval alleyways with narrow souqs, leading down to a Phoenician harbour. Visit the archaeological site with its impressive Crusader Castle and enjoy an evening boat trip along the coast. (B, L, D) 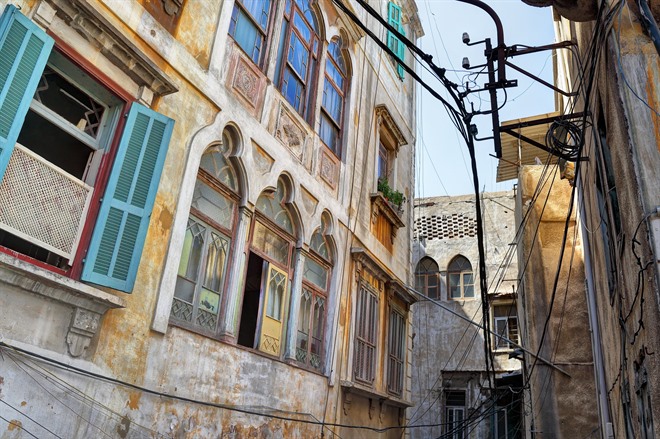 Head north to Lebanon’s second city Tripoli – a fine example of Mamluke architecture. Visit the Citadel of Raymond de Saint-Giles, built by the Crusaders and rebuilt by the Mamlukes. See mosques, hammans and madrassahs dating from the 14th century, and visit bustling souqs. After lunch head inland to the beautiful, mountainous Qadisha Valley. (B, L, D) 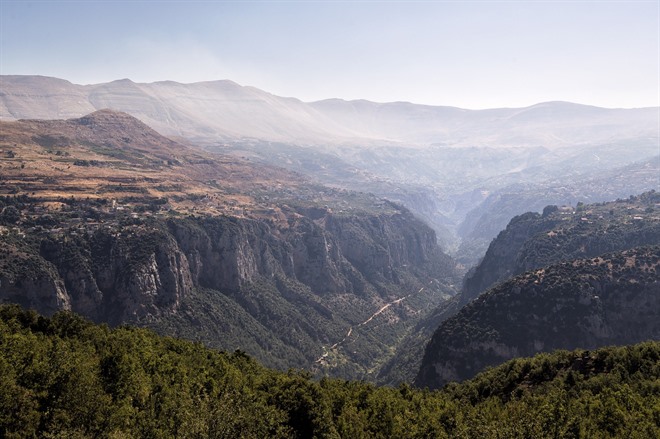 Take a walk through the cedar forests before returning to Beirut. Stop at the Khalil Gibran Museum—the author of the Prophet where over 400 of his drawings are on display. Enjoy a farewell dinner. (B, L, D)

This morning transfer to the airport for flight back to the UK.

IMPORTANT INFORMATION The UK FCO currently issues strong warnings about travel in Lebanon. We take this advice very seriously and work with our local agents to make sure that the tour travels to areas that we believe are safe for our clients. Alterations to the itinerary maybe made at any point in the run up to the tour or on the ground in order to ensure our clients’ safety. We require that all our clients travelling on this tour read the FCO advice and also make sure that they have insurance which covers them to travel to Lebanon (please speak to us for details of insurance companies who can provide cover).

*Please note that should your passport show evidence of your having visited Israel (an entry/exit stamp from the Jordanian and Egyptian land borders included) you will be denied entry to Lebanon. 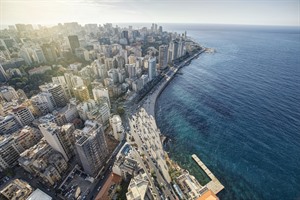 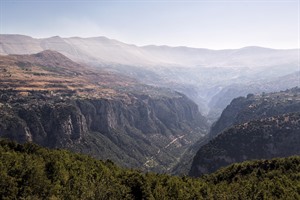 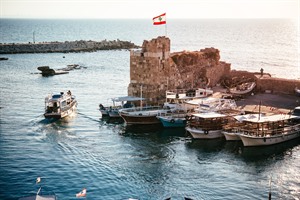 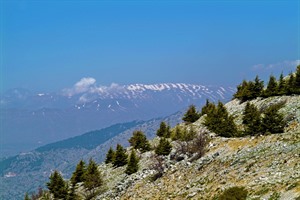