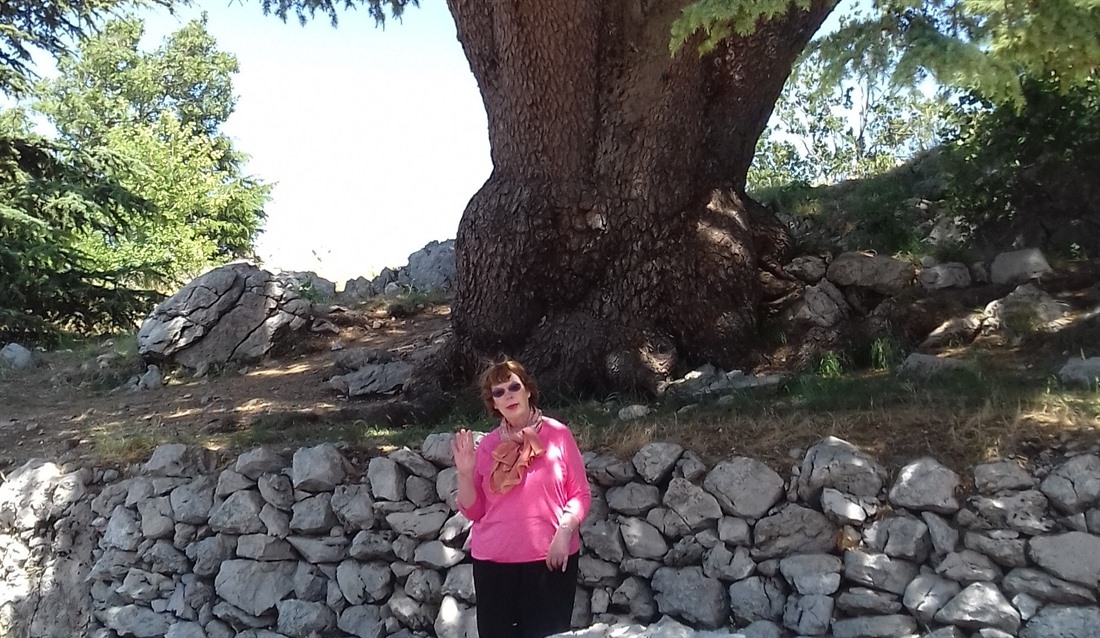 One of our clients, Lynda Hughes, joined our Lebanon Explorer small group tour in June 2019. The tour introduces visitors to the ancient history, modern reality and varied natural landscapes of Lebanon. 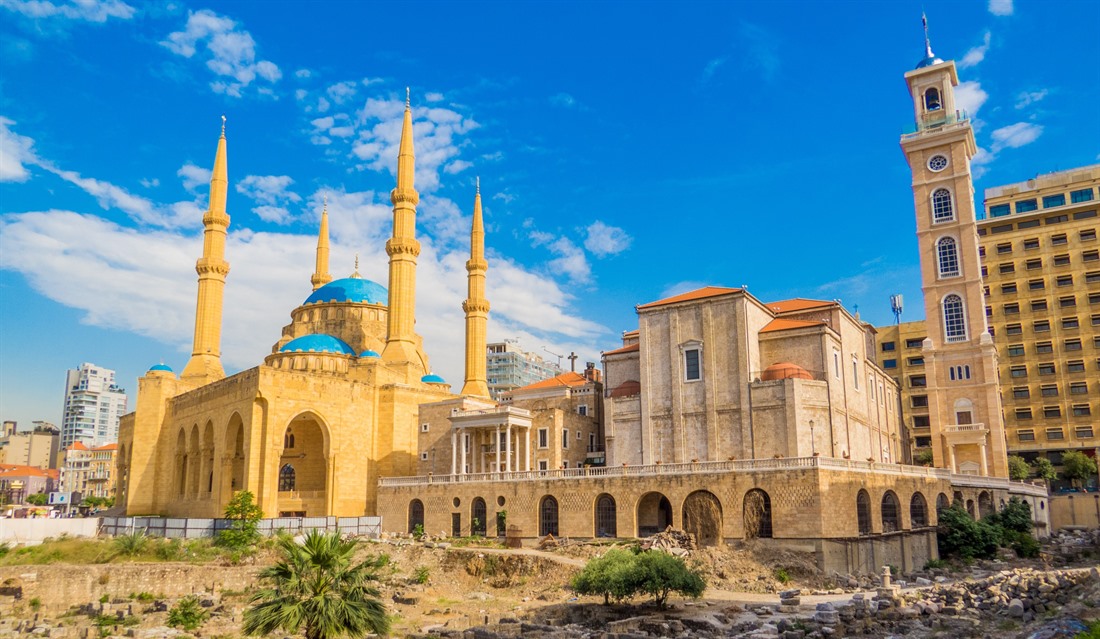 Mosque and church in Beirut, Lebanon

Beginning in Beirut, one of the oldest cities in the world, the tour takes you to some of the city’s highlights including the Downtown area where old remnants of war sit beside modern glass towers.

From Beirut, the tour heads down the coast to Sidon. This old Phoenician centre is home to a Crusader Sea Castle and an ancient Old Town, both of which are steeped in rich history. Then on to the town of Tyre where visitors can explore Roman excavation sites, colonnaded streets and archways as they pass through the crumbling ruins. 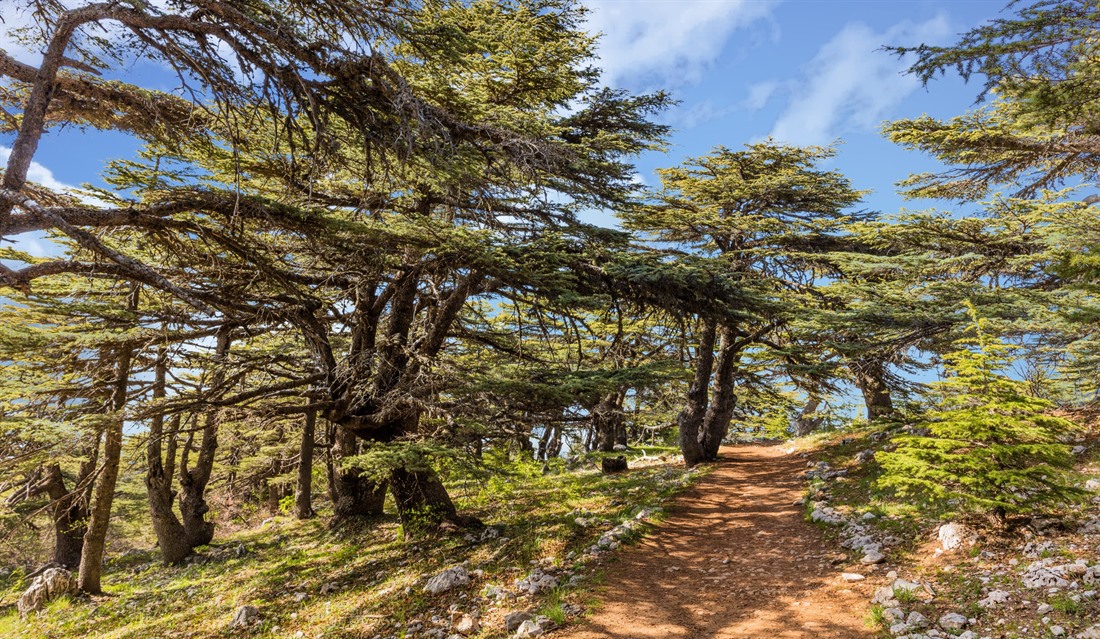 The next stop takes in some of Lebanon’s natural landscapes in the Chouf Mountains, populated with thousand-year-old cedar trees. There are villages and settlements in the Chouf region to explore as well as a picturesque walk through the trees in the Chouf Reserve. Following a night in the region, the group moves on to Baalbek, with a stop in the Armenian village of Aanjar along the way. Baalbek has some of the largest Roman remains in the world including ancient Courts and temples. 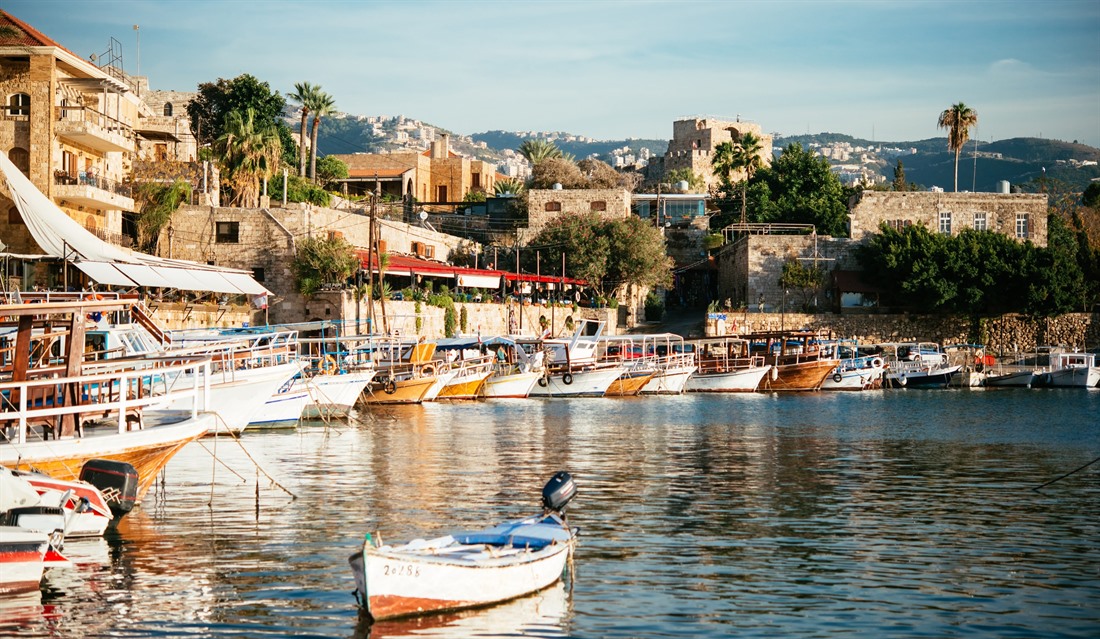 The tour’s next destination is Byblos, with a chance to explore Jeita Grotto on the way. In Byblos, narrow, medieval alleyways take visitors through lively souks and down to the Phoenician harbour. In the evening, a boat trip takes the group along the coast to soak up the city’s atmosphere.

The final days of the tour are spent discovering Mamluke architecture in Tripoli, and its hammans, mosques and madrassahs before heading inland to the Qadisha Valley. Here, the group can walk through the cedar forests or simply take in the beautiful surrounds.

Lynda recently joined us on the tour; read on for her experiences.

“Beirut may be the buzzing capital of Lebanon and I loved its liveliness, passionate people and ever-present historical past, but it was Byblos which captivated me. The sun was searing, as my group explored this ancient port, with its imposing citadel, winding streets and quirky churches: it was outside one such, overlooking the harbour, that I thought I was witnessing my first Lebanese wedding. Sleek tuxedos swaggered and fluffy dresses floated before a photographer, in front of magnificent arched windows, which glittered as they caught the light. But, 'No' our guide told us. 'They're just filming for a catalogue!' 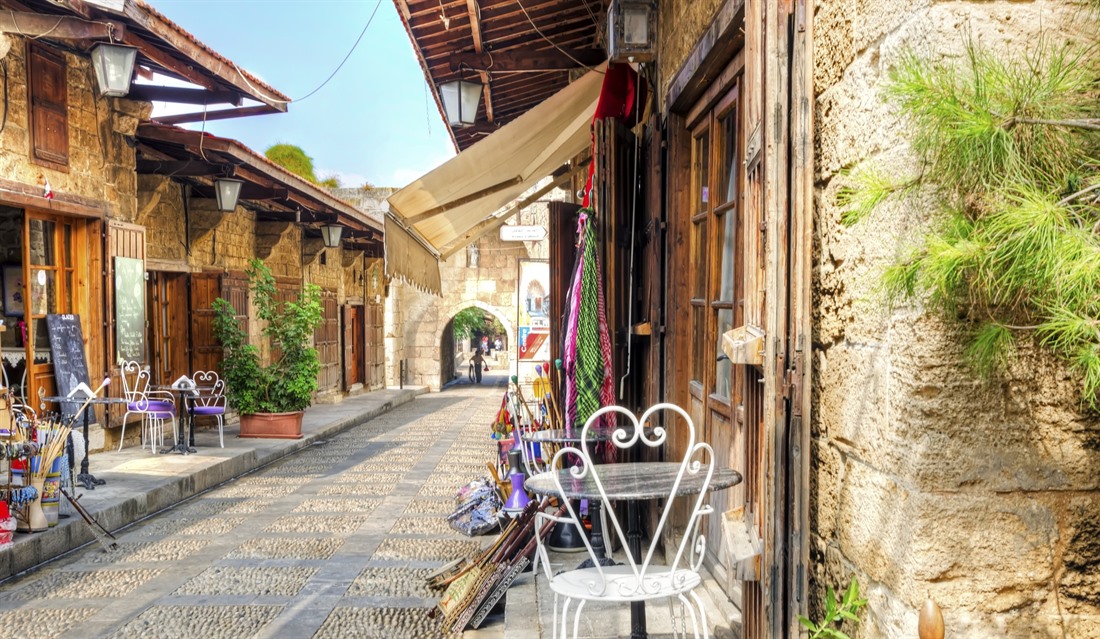 Respite from the heat came in the souk: a luxurious myriad of fresh produce, art and crafts, intermingled with enticing smells wafting from restaurants and cafes. We paused for coffee and cake: mm! An exhibition of paintings of local scenes was of an exquisite quality: I could not resist an image of the waterfront with its stone houses shimmering before the array of small fishing boats. As the artist rose from his chair to wrap my purchase, it was immediately filled by a woman dressed head to toe in black, apart from her face. She reclined and lit up a gauloise, from which she blew ever increasing circles. Not in the catalogue, I thought!

In the evening, after a fast and furious boat ride in the direction of Cyprus-the wedding destination, we heard, for mixed marriages-our evening feast of jewel-like platters, overlooked the sea with the sunset as a backdrop. The group headed back to the hotel for a nightcap, but en route I could hear rhythmic sounds coming from the city walls. I declined the temptations of the bar to explore the souk at night. 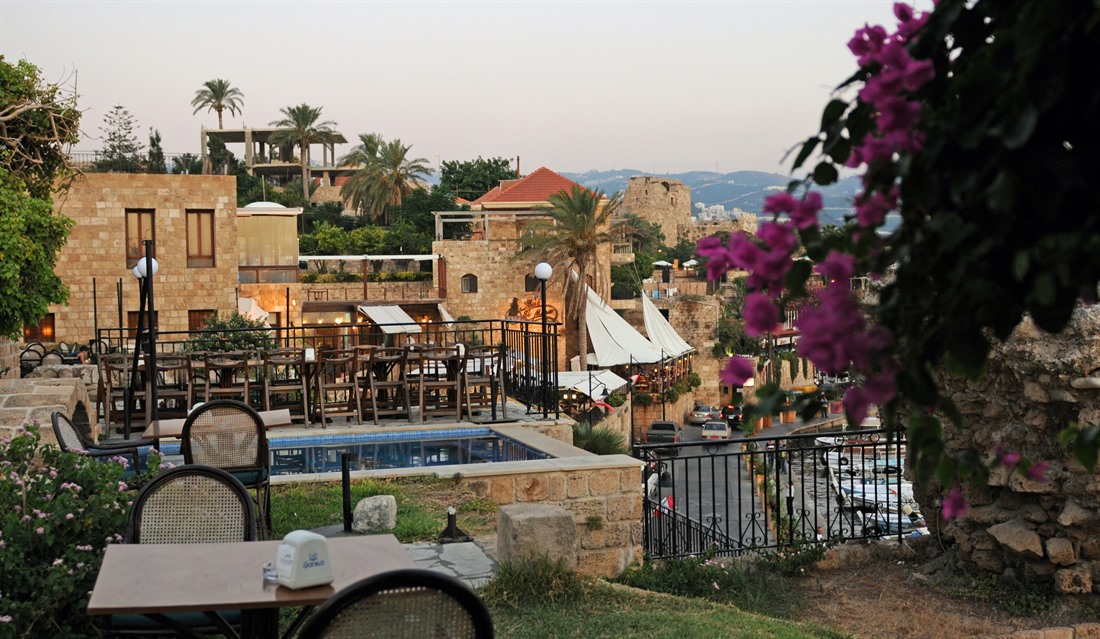 As I drew nearer, the frenzied music appeared to be coming from the rooftop of the restaurant at the entrance. A friendly waiter told me that a pre-wedding party was taking place- apparently it was the next step from the engagement! But I was welcome to go up and have a drink. The prospective bride and groom, beautifully attired in tuxedo and sheath dress-which pages from the catalogue I wondered-were being jiggled joyfully on the shoulders of family and friends. Suddenly, the beat picked up and everyone moved onto the dance floor. I watched and swayed from the edge, to the sounds of the mywiz, tablah and buzuk, clapping to the rhythm. When my hands momentarily paused, I felt fingers through mine and found a young girl of about nine leading me into the circle. How could anyone not move to such mesmerising music? Not wanting to outstay my welcome, after a few dances in circles and lines, I reluctantly took my leave.

At the top of the steps I could see the lights of my hotel. In a few minutes I would be asleep - dreaming of becoming a bride of Byblos?”

Feeling inspired? Take a look at our Lebanon holidays.

If you enjoyed this article, you'll love:

My Regent Moment: Photos of a Greenland cruise, by John Clark