Celebrate the return of direct flights to Sarajevo with Wizz Air on this short break to the vibrant and multicultural capital of Bosnia-Herzegovina.

Watch  copper craftsmen at work in the old Turkish quarter of Bascarsija and wander the Old Town where mosques rub shoulders with the Catholic cathedral, Orthodox churches and the synagogue. Pay a visit to the Tunnel Museum to fully understand the role it played during the Balkan war of the 1990's and explore the hillside villages where you will enjoy some of the best views back towards Sarajevo.

Spend a day in the jewel of Bosnia-Herzegovina, Mostar, with a visit to the iconic bridge before travelling along the banks of the River Buna to the village of Blagaj where you will visit the beautiful Dervish Tekke overlooking the river.

This tailor-made short break is based on staying in a 3* hotel but upgrades to 4 and 4* star are available. Please ask a Regent Balkans specialist for more details. 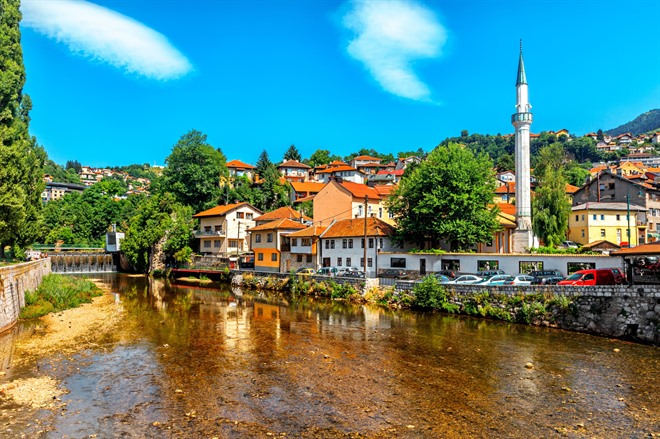 Arrive in Sarajevo and transfer to your hotel, check in for 4 nights. 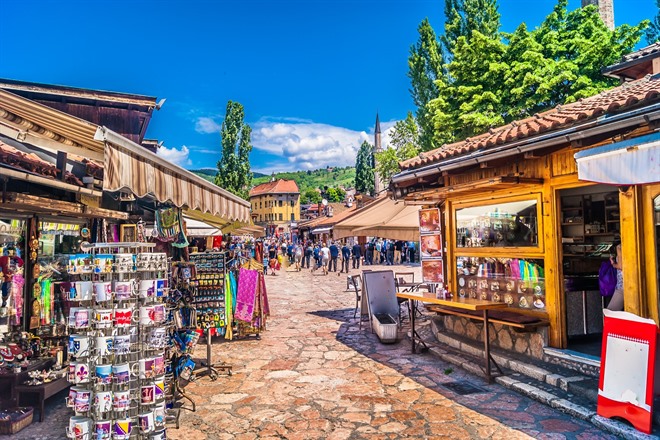 Today meet your local guide for a comprehensive tour of Sarajevo including a birds-eye look at the city from  villages in the surrounding hills. Begin in the old Turkish quarter of ‘Bascarsija’, where you can watch craftsman at work making traditional copper coffee sets, before heading over to the Latin Bridge, the site of Archduke Franz Ferdinand’s assassination. Visit a Mosque, Orthodox Church, Jewish Synagogue and Catholic Cathedral, all located on the same street and exemplifying the cities past religious tolerance. Lunch is included at a restaurant with the best views in the city!

A tour of Sarajevo must always include some insight into the Balkan conflict of the 1990's so in the afternoon visit the intriguing Tunnel Museum dedicated to the 800m tunnel constructed during the siege of Sarajevo which ran under the airport runway. Although the airport was supposedly neutral and under UN control during the conflict, crossing it would have been suicidal. The solution was to secretly build the tunnel, which was eventually equipped with rails to transport food and arms. That proved just enough to keep Sarajevo supplied during nearly four years of siege.  (B,L) 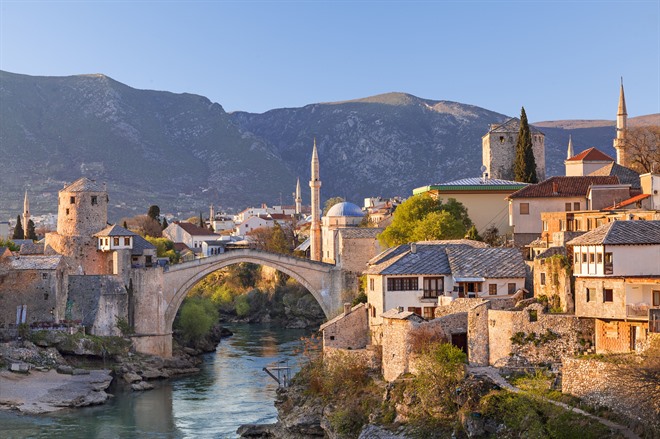 Today, head 2 hours south to Mostar, the oriental gem of Herzegovina. On this city tour, shop for silver and other trinkets from a myriad of souvenir stands lining cobbled streets. With your local guide admire the famous bridge from all angles: visit the photographic exhibition depicting the story of the bridge during past decades and witness skilled divers performing crazy adrenaline jumps into the Neretva River. Later in the afternoon head to the nearby village of Blagaj located at the source of the crystal clear Buna River. Visit its Dervish Tekke, situated in a picture perfect position overlooking the river, before returning to Sarajevo. (B) 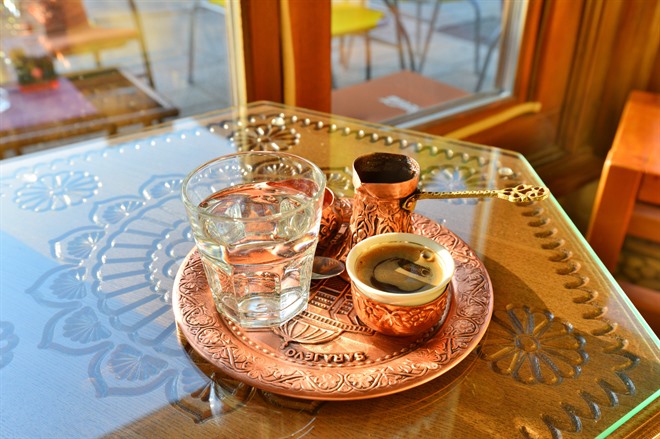 This day is free for you to explore Sarajevo further. Spend a leisurely morning people watching with a good strong Bosnian coffee in hand, before browsing the market stalls of Bascarsija. In the afternoon take the cable car up to Mt Trebevic for exceptional views of the city; the favourite pastime of many Sarajevans.  (B)

Transfer to the airport for the flight back to the UK. 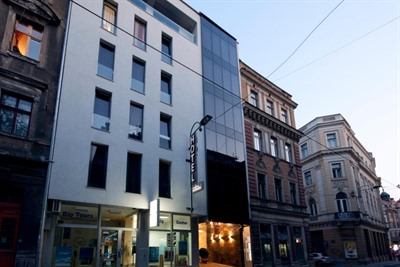 City Boutique Hotel
City Boutique Hotel This classy, boutique hotel is one of Sarajevo’s best and most accommodating hotels.With features such as a rooftop garden, free wi-fi, a great restaurant and large, modern...... 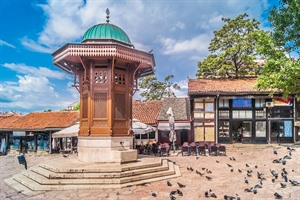 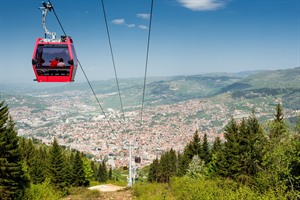 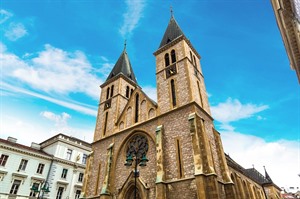 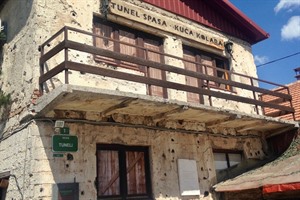