There’s More to Bosnia-Herzegovina Than the War

There’s More to Bosnia-Herzegovina Than the War

In September 2019, I was invited to join the inaugural FlyBosnia flight from London Luton to Sarajevo. This was to be the first direct flight from the UK to Bosnia-Herzegovina since British Airways ceased their London—Sarajevo flights roughly a decade earlier.

Along with a group of fellow tour operators, agents, charity representatives, journalists, and more, I spent three magnificent days getting a glimpse of the wonders of Bosnia-Herzegovina. From the famous bridge at Mostar to the impressive sight of the destroyed bridge at Jablanica, there was no shortage of history to be seen.

When discussing Bosnia-Herzegovina’s past, much focus is usually given to the tragic Bosnian War that occurred between 1992 and 1995. The Bosnians I spoke to were eager to strike a balance between discussing the war – about which feeling still runs high and a sense of injustice remains for many – and showing what else this still-healing country has to offer. 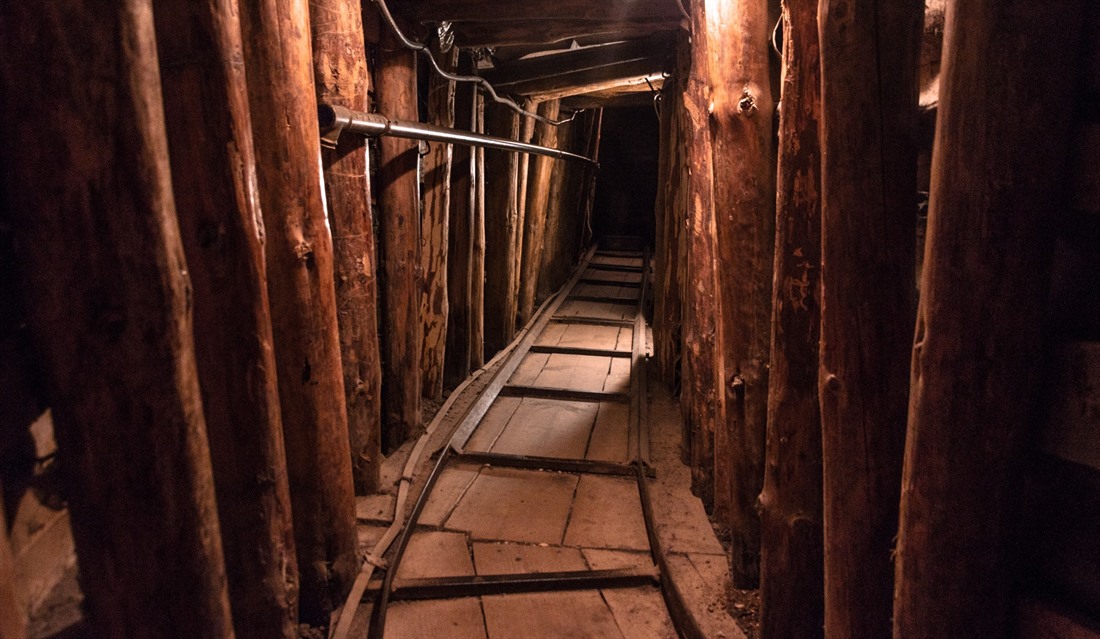 To learn about the war, visit the Tunnel of Hope museum and take a guided tour of Sarajevo

As much as there is to see that doesn’t relate to the Bosnian War, it’s still important to gain an understanding of what this terrible conflict meant to the people who lived through it. When you arrive in Sarajevo, your route into the city will take you past countless buildings still riddled with bullet holes, or completely destroyed and bursting with greenery that has since taken over.

Visit the Tunnel of Hope museum, also called the Tunnel of Life, just outside the city. Here is where brave Bosnian souls dug out a tunnel beneath the UN-occupied airfield to get goods and people in and out of Sarajevo while it was under siege. Learn about the people who kept this tunnel going, the risks involved in using the tunnel, and much more. It may surprise you to learn that the tunnel wasn’t just taking goods one way and people the other – some families from elsewhere in Bosnia felt they would be safer inside Sarajevo than in the countryside, even with all the danger there.

A guided tour around the city will show you much more history than just that relating to the Bosnian War, but here too you will learn about that terrible time. Your guide may very well have lived through the Siege of Sarajevo themselves, as mine had, and will weave personal stories in with the wider picture. The most obvious reminders of the war are the bullet holes and the Sarajevo Roses – red designs on the ground to mark a place where multiple fatalities occurred during the war.

No matter how much you know about the war before you tour Sarajevo, this will demonstrate the sheer horror of what happened and the depths of tragedy behind the headlines and statistics. Don’t shy away from this. We owe it to Bosnia-Herzegovina to learn about what happened and ensure nothing like this is ever allowed to happen again. 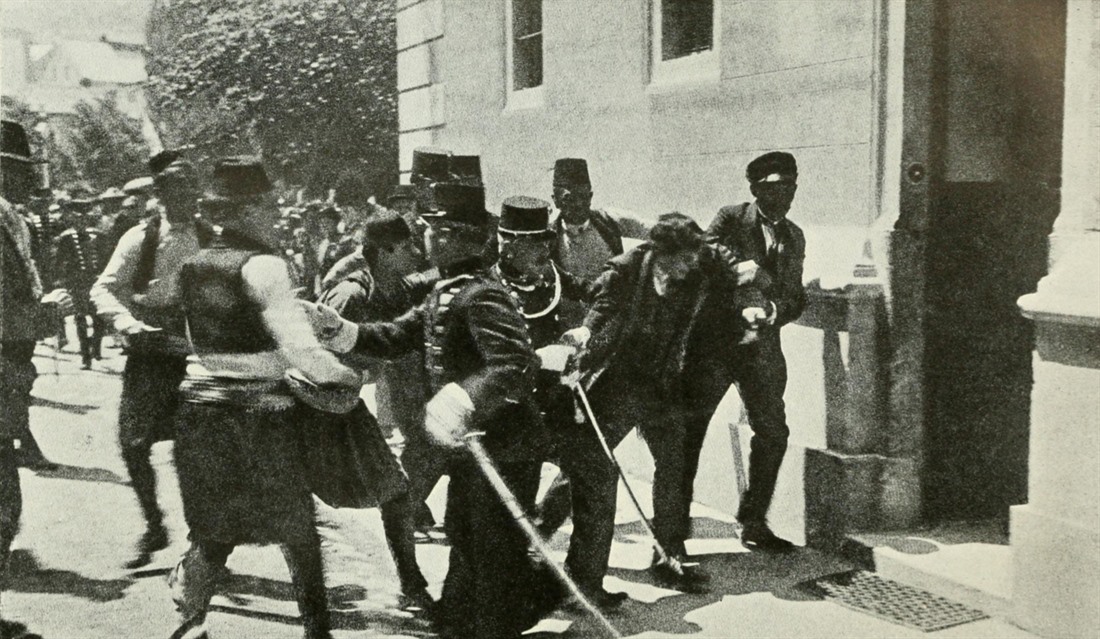 The arrest of Gavrilo Prinzep following the assassination of Archduke Franz Ferdinand and his wife Sophie, 28 June 1914

Earlier in the 20th Century, there was World War Two

Sarajevo, famously, is the site where Archduke Franz Ferdinand and his wife Sophie were assassinated, sparking the Second World War. Visit the very street corner where it occurred, marked by a plaque, and perhaps have your picture taken (for a fee!) in a car that is a replica of the one they were riding in.

If you have time, visit the exhibition in City Hall, where Franz Ferdinand and Sophie were headed when they were killed. Here, a small section details the story of the Archduke and his wife. This was fascinating to me, and humanised these figures I only knew of through their deaths. Sophie should not have been permitted to marry the Archduke as she was only a lady-in-waiting, and indeed for a while everybody believed the Archduke was visiting to court the Archduchess Sophie was serving. However, he was so deeply in love with her that he insisted upon marrying her. When his family grudgingly awarded them permission to wed, she was not permitted to share any of his titles, and their children would not inherit their dynastic rights or privileges. 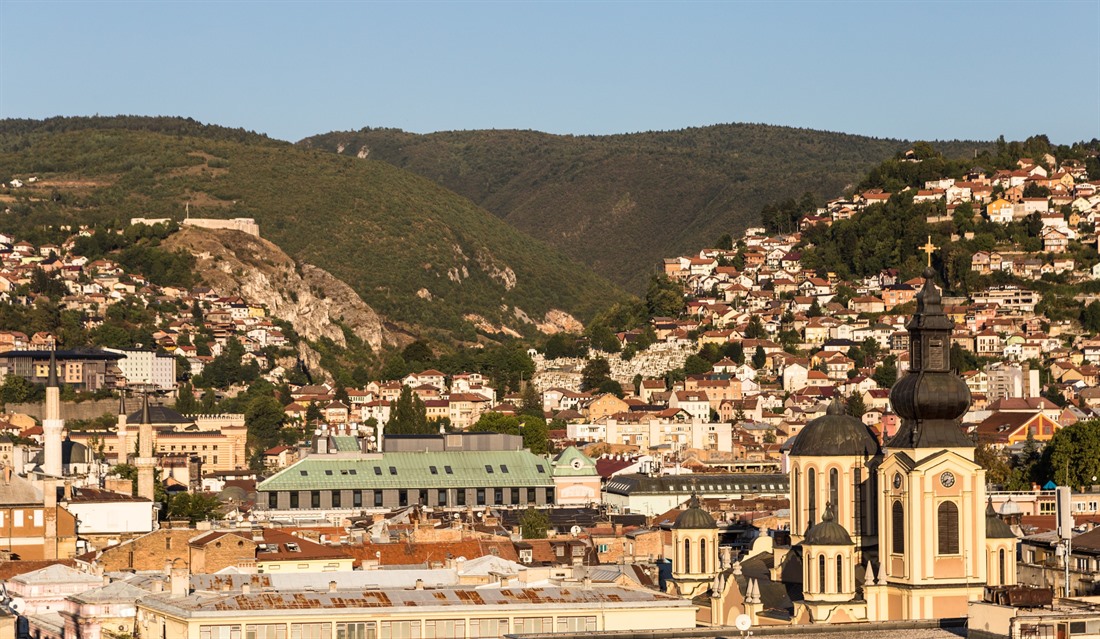 Sarajevo Old Town with both the Orthodox cathedral and the mosque visible. © AsiaTravel

Discover century upon century of remarkable religious tolerance and cooperation

Due to its position on the crossroads between the East and the West, Bosnia-Herzegovina has seen countless nations, empires, religions and civilisations sweep through over the course of its history. The Ottomans held sway for many hundreds of years, and evidence of their reign can be found everywhere you look, from the graceful mosques to the famous bridge at Mostar.

This melting-pot of humanity birthed a nation of astonishing tolerance, and you can see this clearly when you tour Sarajevo. In the space of about ten minutes on foot, you can visit the main mosque, synagogue and Orthodox cathedral, all built close to each other and standing together in harmony.

A statue, over which the cathedral looms magnificently, is of a human figure pulling two halves of a circle together, surrounded by doves. This depicts the eternal effort to bring all peoples together in peace. Standing in Sarajevo, despite the remnants of two bloody wars, shows what can be achieved when people live and work together in unity.

Your guide will probably tell you stories that underline the cooperation fostered in Sarajevo before the Bosnian War. Ask about the tale of the Muslim leader who saved a sacred Jewish text from the Synagogue as the Nazis advanced, and successfully hid it amongst the copies of the Qur’an in the mosque throughout WWII despite the grave personal risk this put him at.

This sense of harmony is recovering from the bitter wounds inflicted during the nineties, but sadly it may be some time before, for example, the rate of inter-faith marriage rises back to its astonishingly high pre-war level. Interfaith and ethnically mixed marriages once accounted for 13% of all marriages in Bosnian territory. Today, it is just 4%. 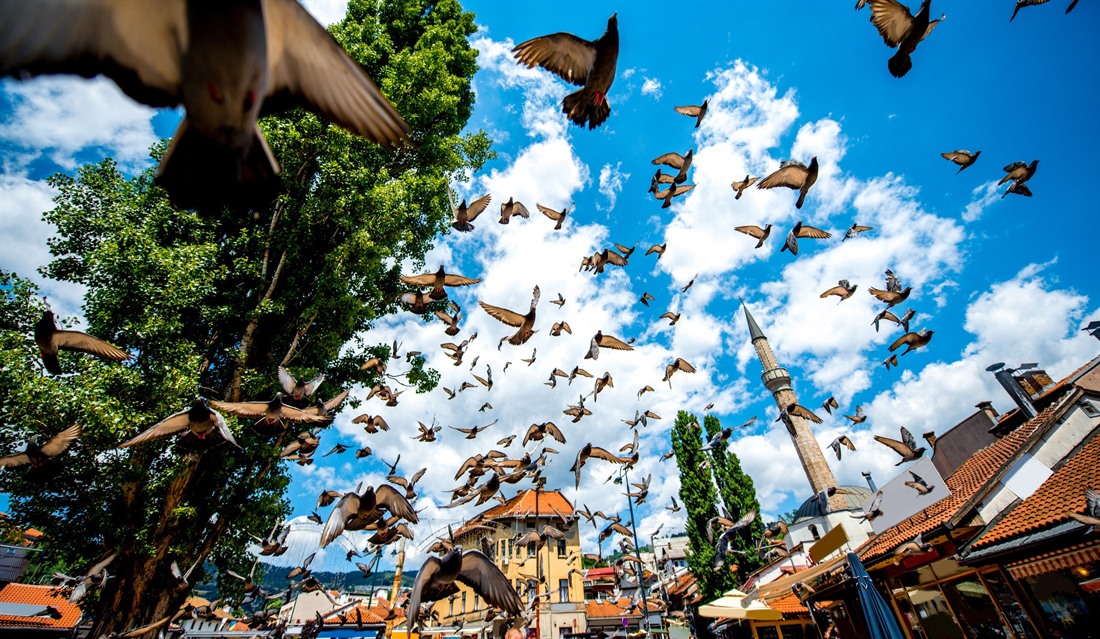 So what should you expect from a trip to Sarajevo?

Go with an open mind and a willing heart, and you may just find yourself falling in love with this wonderful city and country as I did. Certainly it bears the scars of the war, but there is so much more here to learn about and wonder at.

Ride the cable car to the top of the mountain and see the remains of the Winter Olympics, travel to Mostar to discover how the bridge was rebuilt using the original Ottoman methods and plans after it was destroyed in the Bosnian War, and stop at Jablanica to learn how wily Tito – still a Bosnian hero – outfoxed the Nazis and destroyed the bridge himself to enable the women, children and wounded stuck in the town to escape into free territory.

In Bosnia-Herzegovina, there is history everywhere you look. Soak it all in, then settle down with a cup of strong Turkish coffee in the old town to ruminate on what you’ve learnt.