Regent Russia Travel Specialist, Christina Gibbons, shares her experiences as she returns from her first visit to Kaliningrad, Russia. 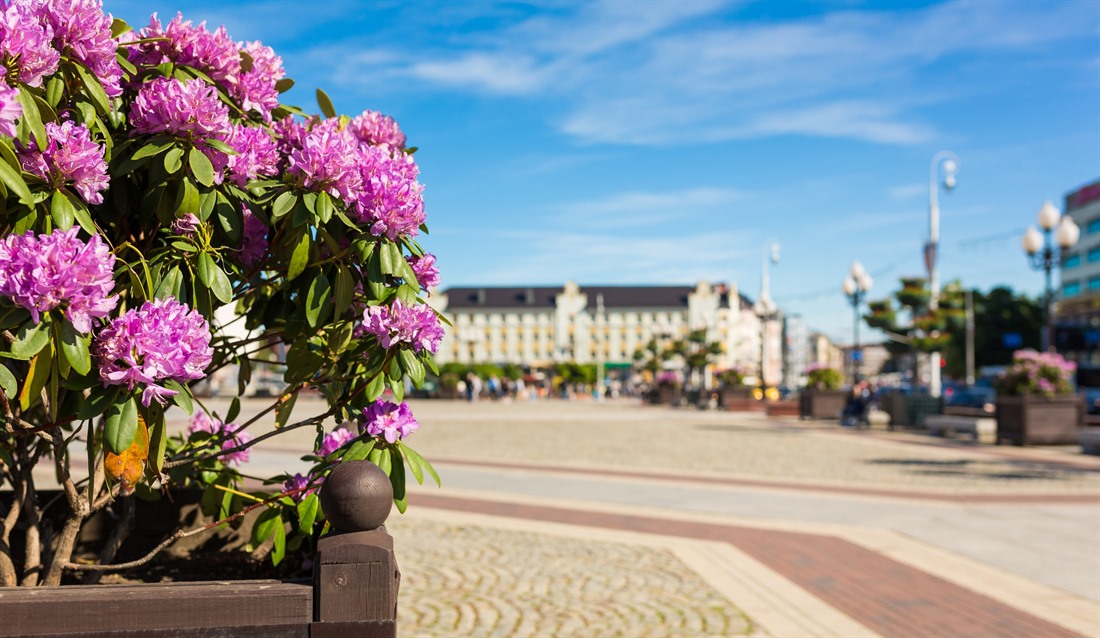 Scenery akin to a pointillist painting dots of purple against a background of green hues is not what I expected from the landscapes of Kaliningrad. Then again, not much about this Russian enclave, 1208km from Moscow, is what I expected.

There are two theories as to the origin of such a proliferation of lupins. One they are the result of another idea from the silly, socialist mill of stupid plans as a cheap food supply for cattle, overlooking the fact that lupins are poisonous to bovines. Hopefully, the second theory is nearer the truth – the soil in Kaliningrad is conducive to this plant. Whichever is true, they create a stunning carpet of purple.

As the tide of Soviet imperialism has receded, Kaliningrad finds itself somewhat marooned – neither Russian nor European. Even the title of the state and capital city pose a problem. Named after Mikhail Kalinin, a former head of state of the Russian Soviet Federative Socialist Republic and later of the Soviet Union from 1919 to 1946. This reminder of the not so distant past is definitely not PC. The same applies to streets such as Dzhershinsky and Lenin. The onomatopoeic German name for a popular seaside resort, Rauschen, is so much more prosaic than Svetlogorsk. What to do? The former German names are not appropriate nor can you return to post-war Soviet names as there are none. The youth employ a compromise – Konig. For now, the debate continues. 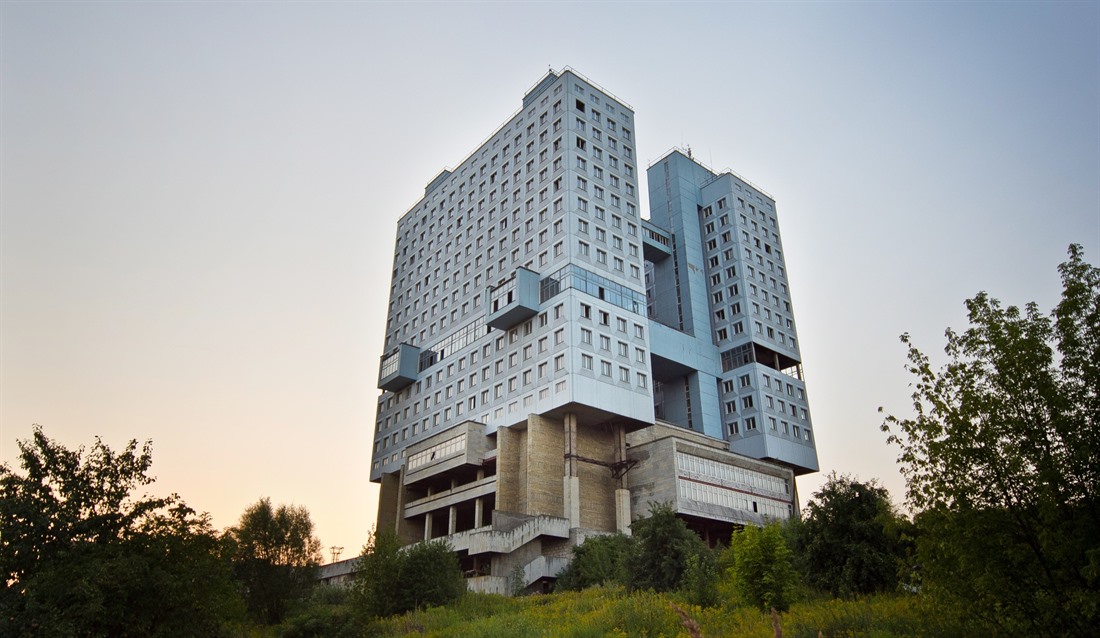 A stark reminder of the failure of the Soviet Union is the incomplete and abandoned skyscraper of the House of Soviets, known locally as ‘the Monster’. Such an apparent blot on the landscape of Kaliningrad city.

Thanks to the World Cup, Kaliningrad has received an injection of cash from Moscow, which has not only created an enormous stadium (which will have to be reduced in size after the World cup) but has meant a real facelift for downtown. Even the concrete blocks of the 60’s now have a façade more reminiscent of Hamburg than Moscow. Interesting this style is not called Prussian but Eastern European by the locals. It stills rancors to admit that German architecture is far more attractive than Soviet. Such was the paranoia that it was thought unpatriotic to repair and preserve pre-war buildings even those which had not been too badly damaged by the allied bombings. Miraculously some survived and are now either completely restored or in the process.

A few 'musts' to visit are the old cathedral which houses the largest organ in Eastern Europe, and the museum to Kaliningrad’s national hero, Immanuel Kant, a great German philosopher. Like Belgium, Kaliningrad struggles to come up with famous people. Kant’s original and very prominent statue has disappeared but a copy now stands in a very quiet park behind blocks of flats. In contrast, a statue of Schiller still stands in its original setting. The rumour goes that both German and Soviet troops were begged not to destroy the statue because Schiller was a ‘good man’. 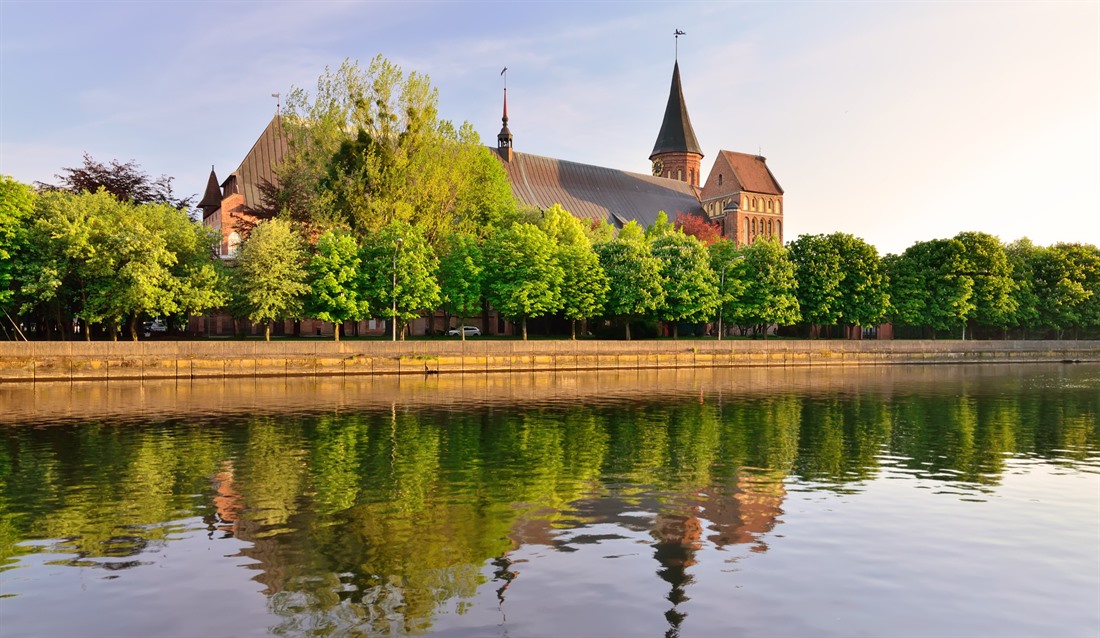 Holding 90% of the world’s amber reserves a visit to the Amber Museum is another must even just to see the incredible sculptures and artefacts which have been created from this golden syrup coloured resin. The huge scar of the amber mine in contrast to the tiny workshop close by make for an interesting visit, especially as the local guide in her pristine, airline-like uniform is in such contrast to the dirty work of mining. No mention of the pollution and damage to the local area.

Surrounding the city of Kaliningrad were two fortified walls parts of which, including some of the gates (Kings, Brandenburg and Rosgarten) are preserved. Powerful symbols of the former importance of ‘Konigsburg’. Beyond the walls were 11 forts, a few of which can be visited. At fort 11, we were greeted by a serving officer in the Russian Army who had a passion for the history of Konigsburg, especially the military aspect. He would clearly rather be showing visitors around this rather derelict fortification than be on active duty with UN troops.

Click here to read Part 2 of Christina's diaries in Kaliningrad