10 Day Tour, from £1745 per person
Combine the stunning landscapes of this Balkan gem with a journey through history from the 4th century BC to the modern day. Pay respects at the WWII Sutjeska battlefield, soak up Sarajevo’s captivating atmosphere, discover the history behind Mostar’s famous bridge and travel into the Bjelasnica Mountains to experience local life in Bosnia’s most isolated village.

This is a small group tour that operates with a minimum of 8 persons/maximum of 16. 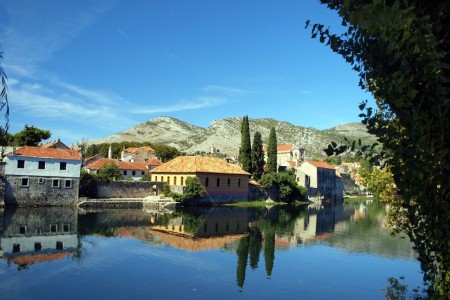 Fly to Dubrovnik and meet the group and local guide in the arrivals hall. Transfer on to the pretty town of Trebinje in Bosnia-Herzegovina. Check in to your hotel for the night and freshen up before heading out for a guided tour of the town. An 18th century trading centre, the town is famed for the enormous old mills treading the Trebisnjica River. Tonight enjoy a welcome dinner at Vukoje Wine Gallery. It has a wonderful setting overlooking the town and of course your first evening in Bosnia-Herzegovina would not be complete without a visit to the wine cellars for some delicious tastings of local wine. (D) 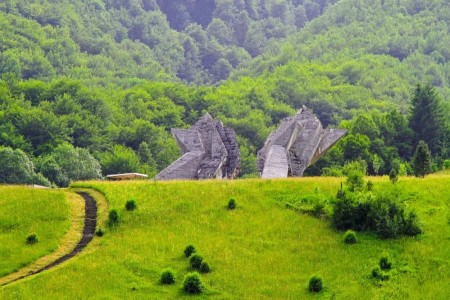 Visit Sutjeska National Park, home of the highest mountain peak in the country and site of the WWII Battle of Sutjeska – one of the toughest battles fought by the Yugoslav partisans. Visit the Tito WWII Heritage Monument before travelling to Sarajevo for three nights in the nation’s capital. (B,L,D)
DAY 3
SARAJEVO 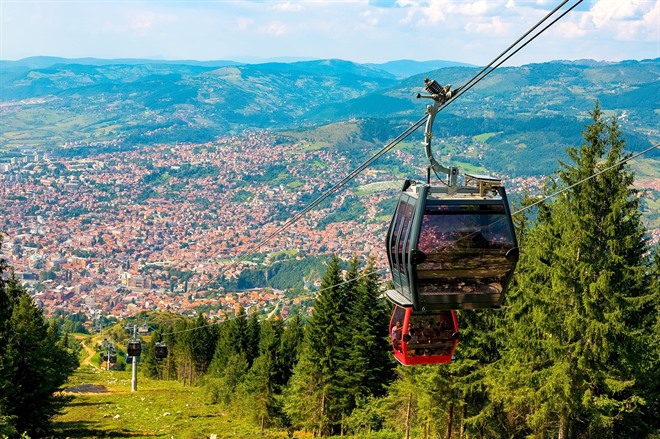 Explore Bosnia’s multi-cultural capital today on a morning city tour. Take a ride on the recently reconstructed Cable Car travelling from the old town to the lungs of Sarajevo, Trebevic. Enjoy panoramic views of Sarajevo and the valley and take a short walk through woodlands of fragrant conifer and pine trees. After lunch, visit the Museum of Sarajevo, built on the site of the assassination of Archduke Franz Ferdinand, as well as the Sarajevo Tunnel Museum which offers a fascinating insight into life during the Bosnian conflict. (B,L) 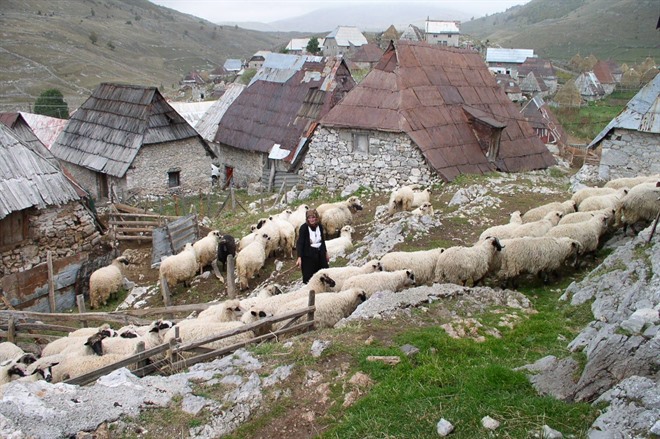 Journey into the Bjelasnica Mountains to Lukomir, Bosnia’s highest and most isolated village, where the inhabitants still wear traditional costume. For those who wish, take a breath-taking walk along the Rakitnica Canyon, with alpine green hills on one side and the deep craggy expanse of the canyon on the other (walking shoes required). After a mountain lunch, find out how they practise traditional ways of life in this beautiful but hostile environment. Return to Sarajevo in the late afternoon where perhaps you could head to an outdoor café to sample the local speciality cevapi - delicious spicy sausages served in a warm flat bread. (B,L) 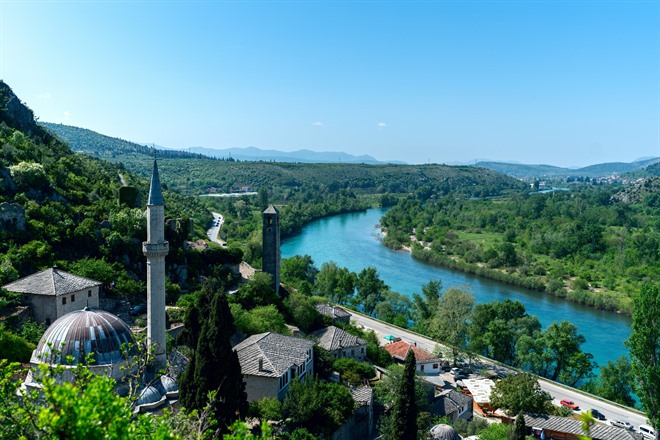 Step back in time in the tiny town of Kraljeva Sutjeska. Explore the Franciscan church and monastery with its rich library and stop at one of the oldest mosques in Bosnia. Drive to Travnik, picturesquely located in the Lavsa river valley. Former capital of the Ottoman Empire, this historic town was once known as the European Istanbul. Continue to Jajce for an overnight stay. (B,L,D)
DAY 6
JAJCE TO MOSTAR 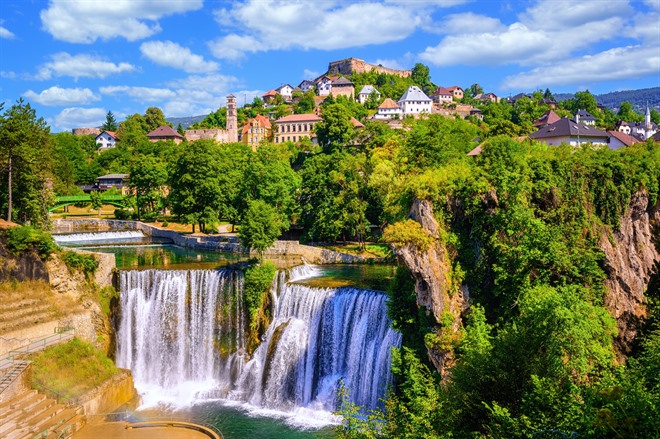 Discover the highlights of Jajce on a sightseeing tour including the beautiful waterfall and ruins of St. Luke’s Church. Continue downstream, to Pliva Lakes and visit a collection of about 20 small huts that once served as water mills for local farmers. After lunch depart for Mostar for three nights. (B,L) 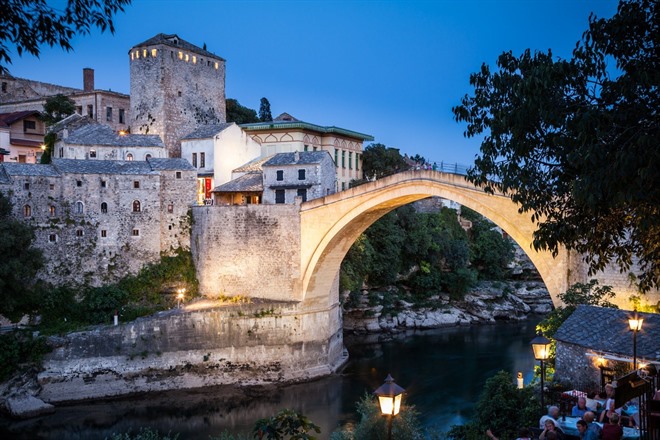 Embark on a guided city tour of Herzegovina’s cultural capital. View the famous bridge and the old town, listed as a UNESCO World heritage Site. In the afternoon travel to Blagaj, a beautiful village at the source of the River Buna, to discover the impressive Tekke, a 15th century dervish monastery at the foot of a 200 metre cliff. (B,L) 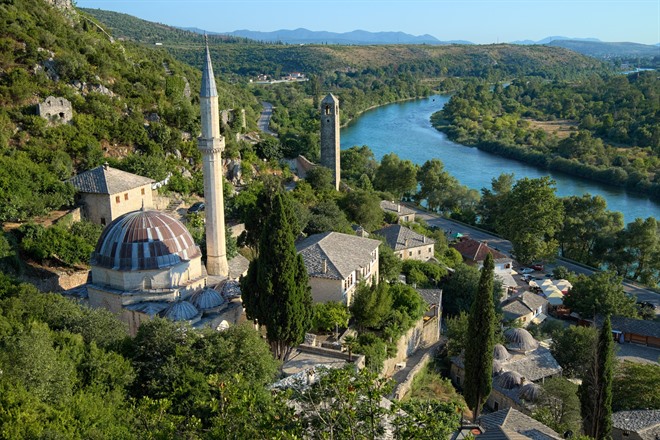 Visit the old Ottoman town of Pocitelj and wander its narrow lanes. Continue to Mogorjelo, the ruins of a Roman villa rustica, and stop at the Herceg Ethno Village to gain an insight into traditional ways of life. See the impressive 120-metre-wide Kravice waterfalls, before returning to Mostar. (B,L)
DAY 9
MOSTAR TO TREBINJE 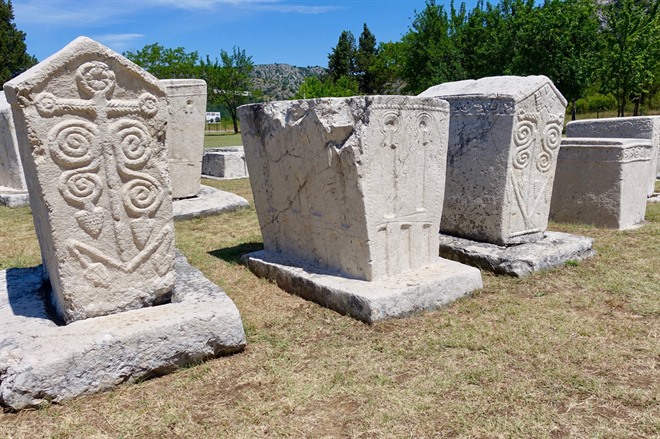 Explore Radimlja, a stecak necropolis, and Vjetrenica Cave, famed for its cave drawings estimated to be over 10,000 years old. Finally, discover the medieval Orthodox monastery of Zavala, built into the rock face, with its interior covered in 17th century frescoes. Return to the Trebinje area for the final night. (B,L)
DAY 10
FLY TO THE UK

Transfer back to Dubrovnik airport for the flight back to the UK. (B)