The Road to Tbilisi
Regent Holidays: Where it all began
5 Breakaway states to travel to

Whilst it would take countless weeks to take in all that Georgia has to offer, we have meticulously curated this new group tour to include as much variety as possible into a more manageable twelve days—a perfect introduction for first time visitors to this captivating country. Starting and finishing in Tbilisi, enjoy overnight stays in Kazbegi, Kutaisi, Bakuriani and Vardzia and explore a varied range of sites—from mountain highs to cave depths, with plenty more in-between.

This tour is being managed by Carl Meadows, who joined Regent back in 2004. Carl first visited the Caucasus in 2000, spending three months working as an English teacher in Tbilisi. Since then, he has made numerous return trips to the Caucasus and has travelled extensively throughout the region. 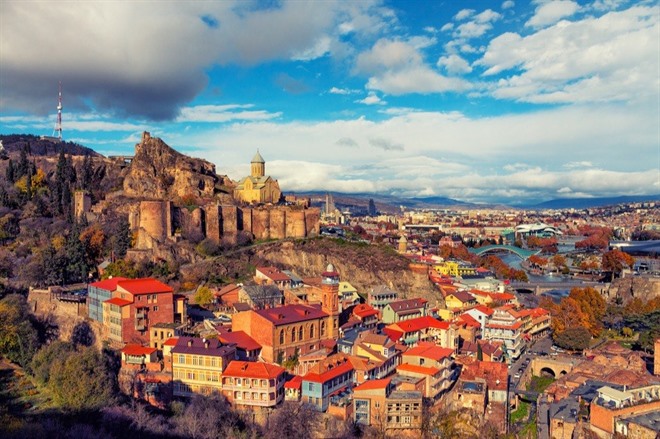 Today, depart the UK on a flight to Tbilisi (via Istanbul). 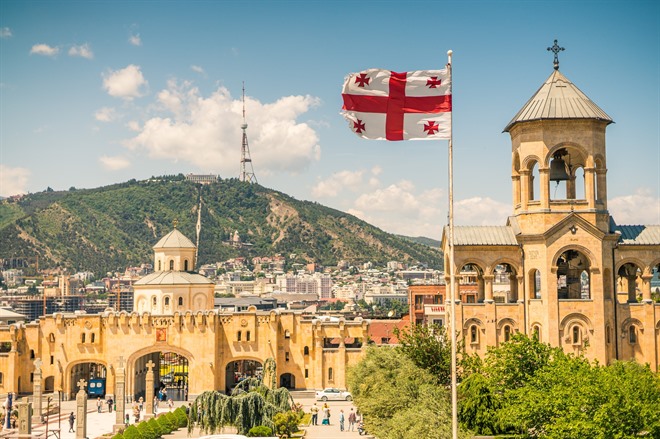 Upon arrival, transfer to central Tbilisi's Vera District for a stay at Rooms Hotel. After a morning at leisure, enjoy a guided introductory tour of Tbilisi. Visit a currency exchange office to purchase Georgian Lari, enjoy a traditional Georgian lunch and ascend the Narikala Fortress via cable car for views over Tbilisi's Old Town. Then, explore Tbilisi's Old Town, passing the Sulfur Bathhouse and other key sites including the Georgian National Museum, Parliament of Georgia, Kashueti Church and the Shota Rustaveli Theatre & Film University.

The last stop will be a private tour of the Georgian National Opera and Ballet Theatre. Learn of the site’s chequered history as you stand on the main stage and watch ballet dancers rehearse.  (B,L) 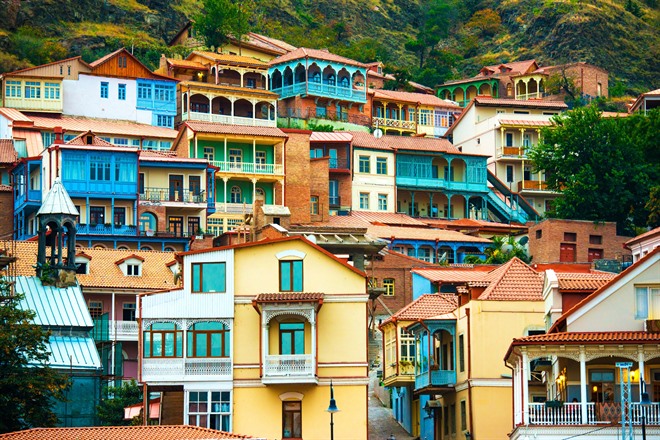 Enjoy a full free day to explore Tbilisi at leisure. Perhaps head up into Mtatsminda Park, tour the Vake area of the city or visit the central market - there is plenty to stay busy! Speak with a local guide for ideas and suggestions. (B) 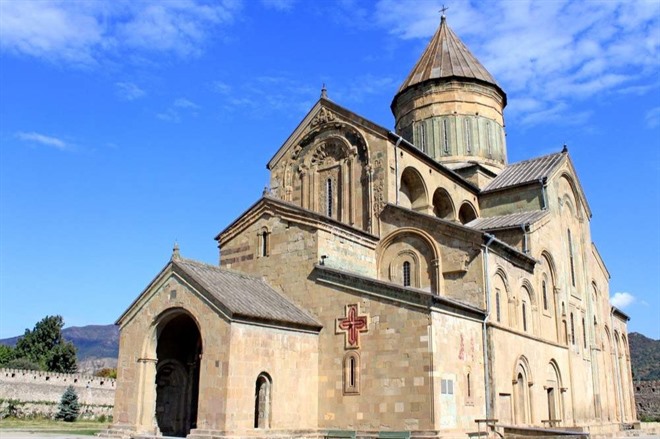 This morning, check out of the Tbilisi hotel and transfer to Mtskheta, the religious capital of Georgia and ancient capital of Kartli. Visit three UNESCO World Heritage sites, namely the Cathedral of Svetitskhoveli, Samtarvo Monastery and Jvari Church. From Mtskheta, head north and ascend the Georgian Military Highway, entering the Caucasus Mountains driving towards the Russian border. En-route, visit Ananauri and its amazing complex of churches and towers dating from the 16th-17th centuries. Here, enjoy lunch at a local restaurant before pressing further north to Kazbegi and the Rooms Hotel. After checking in for a two-night stay, enjoy the rest of the afternoon and evening at leisure. (B,L) 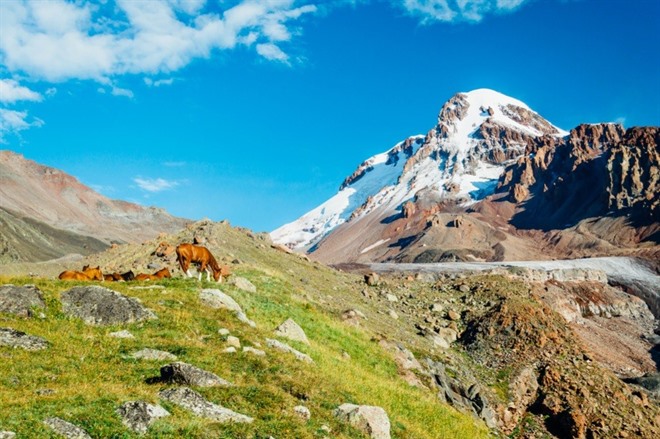 Spend the day exploring in and around the local area. Tour the small town of Kazbegi before visiting the Gergeti Holy Trinity Church, located at an elevation of 2,170m. This church can now be accessed by private vehicle, so there is no need to hike here (unless anyone wishes to do so)! Lunch today will be with a local family. This afternoon, drive towards the Russian border for dramatic views of the Dariali gorge and enjoy a light hike to Gveleti waterfall. This is a private group excursion so there is a degree of flexibility in the itinerary, depending on the weather and the group’s inclination. (B,L) 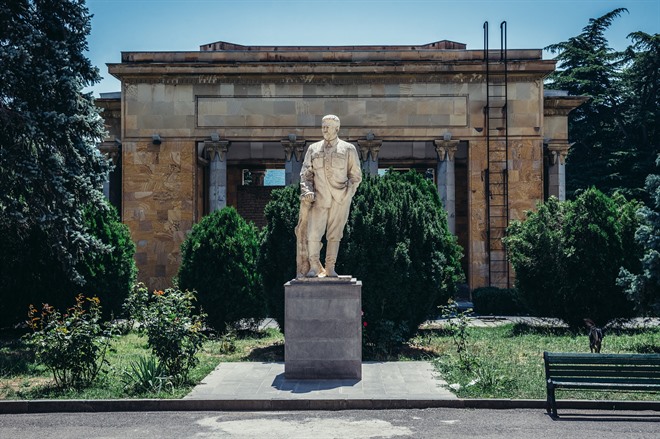 Check out of the hotel and descend from the high Caucasus to Chateau Mukhrani near Mtskheta. Savour lunch followed by wine-tasting at this award-winning estate. From Mukhrani, head west to Gori, the birthplace of Stalin. Visit the Stalin Museum which includes the small house in which he was born and his personal railway carriage. Moving from 20th century history to pre-Christian history, marvel at the cave-city of Uplistsikhe. Established as a major Silk-Road trading centre by the 5th century, this site was settled for almost 2,000 years before the Mongolians arrived in the 14th century. Drive west to Kutaisi, Georgia’s third most populous city and capital of the western region of Imereti. On arrival, check into the Best Western Kutaisi Hotel for two nights. (B,L) 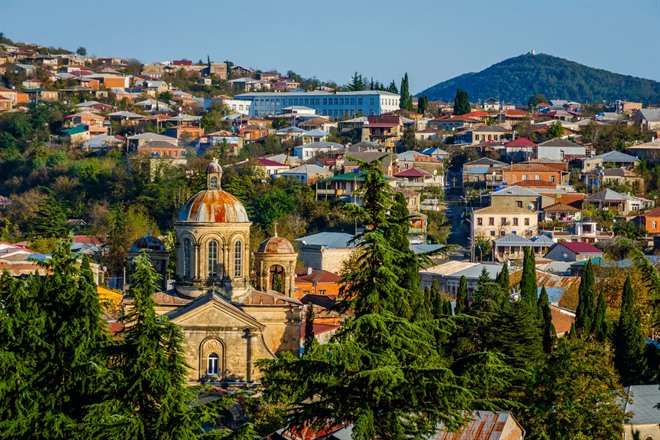 Enjoy an introductory walking tour of central Kutaisi from your well-located hotel, to some of the key sites in the small city centre. Walk over Tetri Bridge and pick up souvenirs at the Green Bazaar market. Pass the Meskhisvili Theatre and nearby fountain, explore Kutaisi Park and the Soviet-era monuments and Opera Theatre, before driving to Gelati Monastery located in the hills to the northeast of the city. After lunch at a local restaurant, walk a 1,600 metre route around Kumistavi (Prometheus) Cave, the largest cave in Georgia, before returning to Kutaisi for a leisurely afternoon and evening. (B,L) 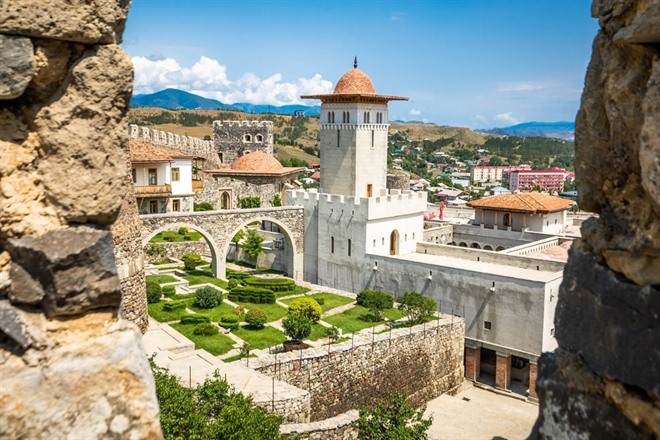 Spend the day slowly travelling to Bakuriani, a small town in the Trialeti Range of the Lesser Caucasus Mountains. Stop off at Chiatura, a mining town that boomed during the Soviet era to see an extensive network of ageing cable cars. Stop for lunch in Borjomi, a famed resort town on the edge of the Borjomi-Kharagauli National Park, before departing on the Kukushka (“little cuckoo”) train to Bakuriani. Spend several hours travelling through spectacular scenery and over the striking ‘Eiffel’ bridge, designed by Gustave Eiffel. On arrival in Bakuriani, transfer to the Rooms Hotel Kokhta for an overnight stay. (B,L) 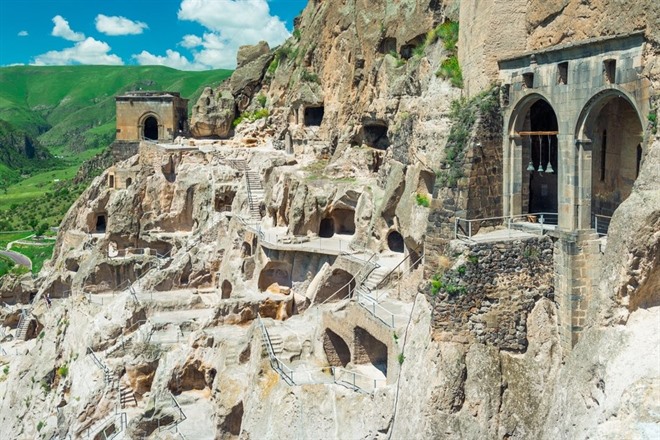 Depart Bakuriani and return to Borjomi by bus. Ride the Borjomi Cable Car proffering great views of this picturesque town and the gorge in which it sits. Travel southwest to the small city of Akhaltsikhe to visit the famous Rabati Castle, a medieval fortress and one of the main cultural attractions of the Samtskhe-Javakheti region. From Rabati, head via the small town of Aspindza to the village of Chobareti for a leisurely lunch in the home of a Meskhetian family. Return to Aspindza and make a quick stop at the statue of Shota Rustaveli (the famed medieval Georgian poet) and the nearby Amphora Brewery for a spot of beer tasting. The final drive of the day is to Vardzia, stopping en-route at the Khertvisi Fortress. Check into the Vardzia Resort for an overnight stay, including dinner. (B,L,D) 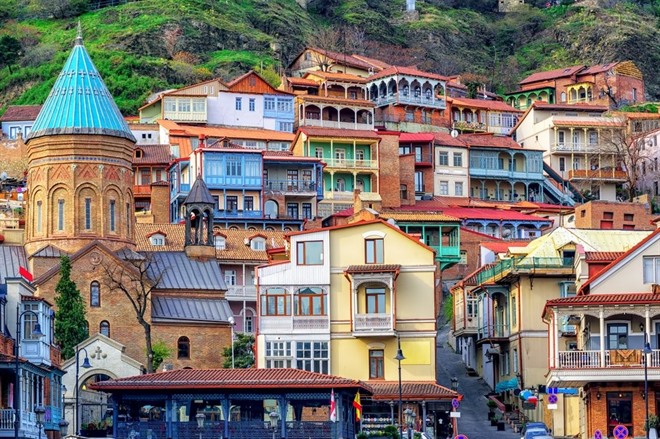 Enjoy a leisurely breakfast before exploring Vardzia, a cave monastery hewn into the slopes and cliffs of Erusheti Mountain. While the site has been inhabited since the Bronze Age, its main period of construction dates to the second half of the 12th century. From Vardzia, the majority of the afternoon will be spent driving to Tbilisi via Ninotsminda, Paravani Lake and the Tsalka Reservoir. Soak up the scenery and stop off for lunch at the Poka Nunnery, home to a small outlet selling the nunnery’s own products including cheese and jams. On arrival in Tbilisi in the late afternoon, return to the Rooms Hotel for a two-night stay. (B,L) 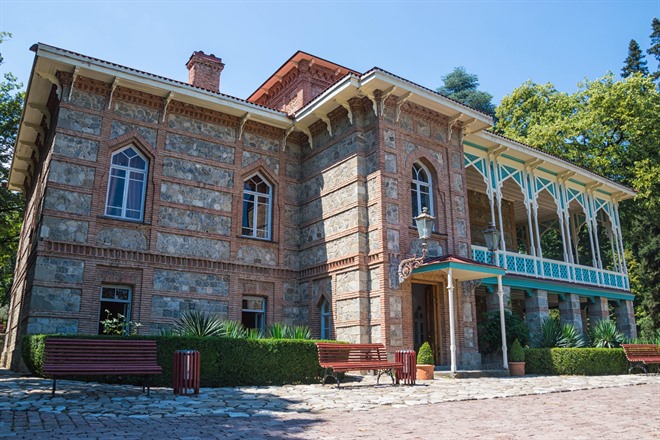 Embark on a day trip to Kakheti, Georgia’s easternmost province and famed wine region. The first stop will be to visit a clay master who creates Georgian Qvevri, earthenware vessels used for the fermentation, storage and ageing of traditional Georgian wine. Get an insight into this art and have the chance to sample Chacha, a traditional pomace brandy.

Continue to Telavi's local Farmer’s Market and on to Schuchmann Wines Chateau for lunch and wine tasting. In the afternoon, visit Tsinandali Palace belonging to the 19th century aristocratic poet Alexander Chavchadze, as well as the picturesque walled town of Sighnaghi and the Monastery of St. Nino at Bodbe. Return to Tbilisi via Manavi and Sagarejo, completing a circuitous route of the highlights of Kakheti. In the evening, enjoy a farewell dinner in the beautiful Gardenia Shevardnadze restaurant. (B,L,D) 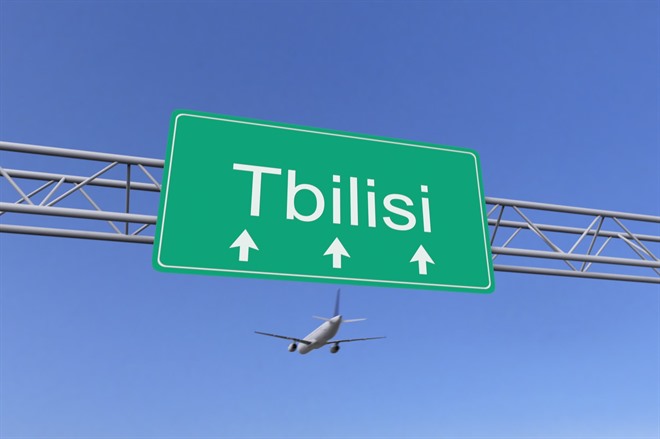 Depart Tbilisi and transfer to the airport for the flight home via Istanbul. There are a number of daily flights from Tbilisi to Istanbul (connecting through to the UK) so there may be several hours to explore Tbilisi before being transferred to the airport. (B)