After the war: retracing childhood footsteps in Mostar

After the war: retracing childhood footsteps in Mostar

It was late evening. My mum, young and beautiful in her summer dress, was trying to negotiate the slippery stones of an old bridge in her high-heeled sandals. Soon enough, she gave up with the heels and danced up to the top of the bridge barefoot. I remember the flavour of a huge portion of chocolate ice cream, almost too sweet to eat, while people around us smiled and music and exotic aromas filled the streets.

These happy memories of a carefree holiday accompanied me for more than a quarter of century. I always wanted to go back to this town and this bridge, so when the turbulent times in the Balkans were over, I returned to Bosnia & Herzegovina for a trip to Mostar.

It was not an easy decision. I knew that the town and the bridge itself were completely destroyed in the war and I was afraid of what I may find there. Driving across Bosnia was… adventurous, the roads winding and with hardly any signage, but within 2 hours of leaving the Adriatic Coast I arrived in Mostar. 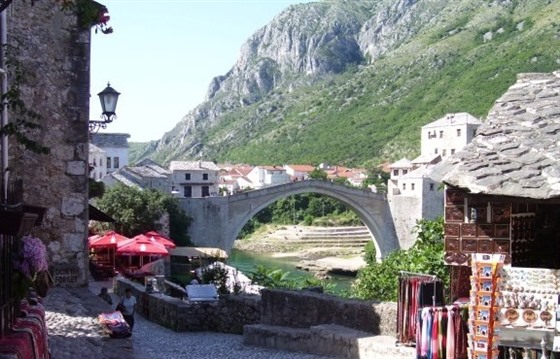 The suburbs were still in ruin, the houses empty and riddled with bullet holes. I left my rental car in a makeshift car park, ran to the end of the road and there it was – the graceful arch of this 16th-century stone bridge high above the cool, emerald waters of Neretva river.

Destroyed by tanks but rescued from the river bed by divers and carefully restored by historians using medieval building methods, Mostar Bridge looked almost brand new. Tourists looked on as a local daredevil offered to jump from the top of the arch for their entertainment. 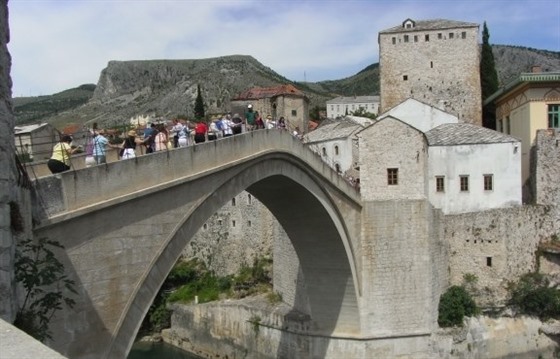 The man in speedos collected a handful of banknotes from the onlookers, left the railing and disappeared into the nearby house. Imagine how upset the tourists were! “Don’t worry,” laughed their tour guide, “he will be back. It’s over 30 degrees Celsius here and the river below is no more than 12 degrees. He just went to have a cold shower.”

I climbed the steep bridge myself, grateful for my trainers as the worn out stones were still as slippery as I remembered them. On the other side, the rebuilt old town was again full of life, smells and noises. Goods were spilling from the shops onto the streets, local craftsmen were making metal pots for brewing coffee, restaurant owners were looking for business and children were running after tourists in hope of free sweets. 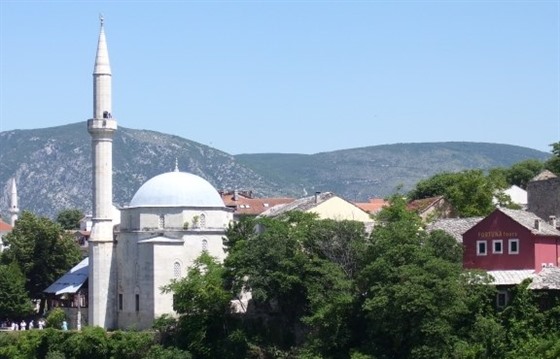 In search for a quiet spot, I entered the Koski Mehmed Pasha’s Mosque. Despite being scared of heights and a little bit claustrophobic, I ascended a very narrow staircase to the top of the mosque’s minaret. Clinging to the wall for dear life I looked outside. The view of the old town, the bridge and the green river valley was breathtaking, well worth the fear and the effort. 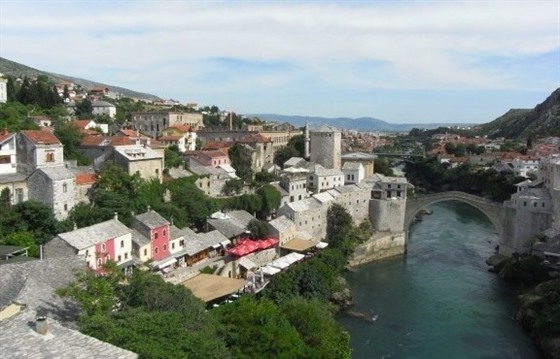 I was always interested in other peoples’ everyday lives, so I snapped up the opportunity to see what was behind the tall walls of Biscevica House, where the life of an Ottoman family is frozen in time. The walls used to protect Muslim women from eyes of strangers and the peaceful courtyard was inhabited by pet tortoises, some of them no doubt still remembering their very first owners. 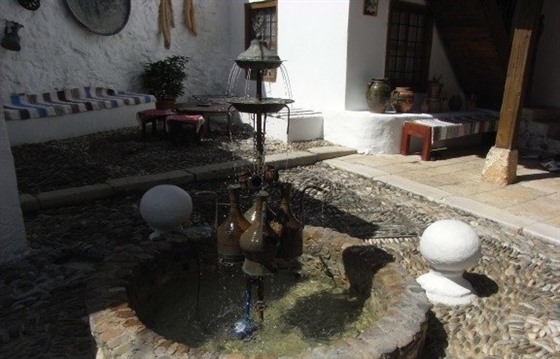 When it came to dinner I was spoilt for choice. Dozens of restaurants were scattered around the old town, lots of them with terraces offering picturesque view over the river to the bridge. I was looking for traditional food – grilled meat called cevapi.

The restaurant I finally chose looked the traditional type; the staff was incredibly friendly and prices very reasonable. I ordered a drink and closed my eyes. I was so happy I came here, the town was even more beautiful than I remembered, despite all the signs of its recent disturbing history. However, I decided, for proper cevapi I would have to go back to Sarajevo. 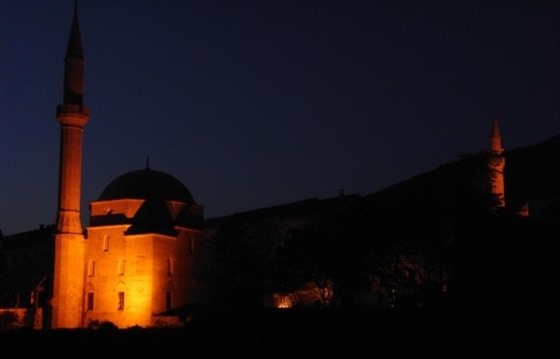 Do you have any travel tales you’d like to share? Send your experiences and photos to blog@regent-holidays.co.uk and we will publish them on the Regent Holidays blog.

Click here to explore our full collection of Bosnia-Herzegovina holidays