From my room on the top floor of the Russ Hotel, a big Russian-style hotel in downtown Kiev, Ukraine, I had an amazing view over the city. I could even look directly into the National Football Stadium next door and watch the games from my lofty perch.

I toured Kiev City with my guide, Vladimir. At a local Ukrainian restaurant we tucked into Salo (thinly sliced pork fat on rye bread), traditional borsch soup and an enormous Salmon steak – avoiding the obvious Chicken Kiev. The city has a population of somewhere between 3 and 5 million (there seems to be a lot of dispute on this), and as a result it’s quite a chaotic, congested place. 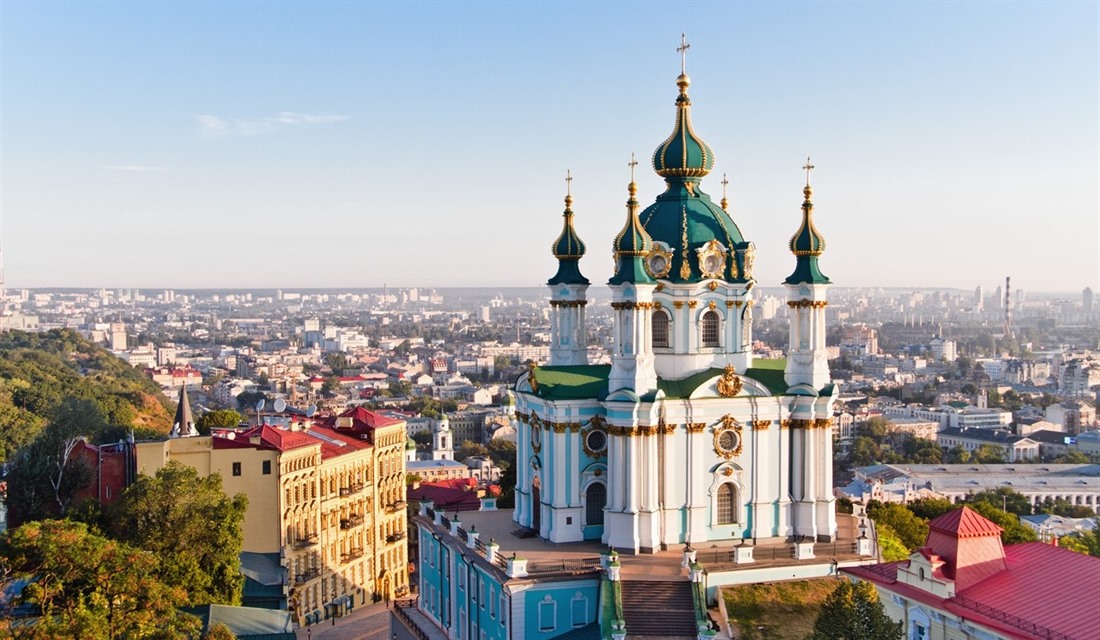 There are however some amazing sites to visit such as St Sophia’s Cathedral, the 11th Century Golden Gate, and the Pechersk Lavra. This historic Orthodox Christian Monastery stands on a hill overlooking the Dnipro River and has miles of narrow underground passages containing the mummified bodies of monks that spent their lives here. All very eerie, but seemed apt considering the pièce de résistance of my trip was to be Chernobyl.

Our tour also included the nearby Great Patriotic War Museum, commemorating the Soviet and Ukrainian defence of Kiev in World War II. A couple of hours at the National Chernobyl Museum gave me a little back-ground history to prepare me for my venture into the exclusion zone the next day.

The drive to the to Chernobyl felt a little surreal. Just a few hours’ journey from Kiev, the site of the power plant has a 20km exclusion zone where guards check passports and permits. 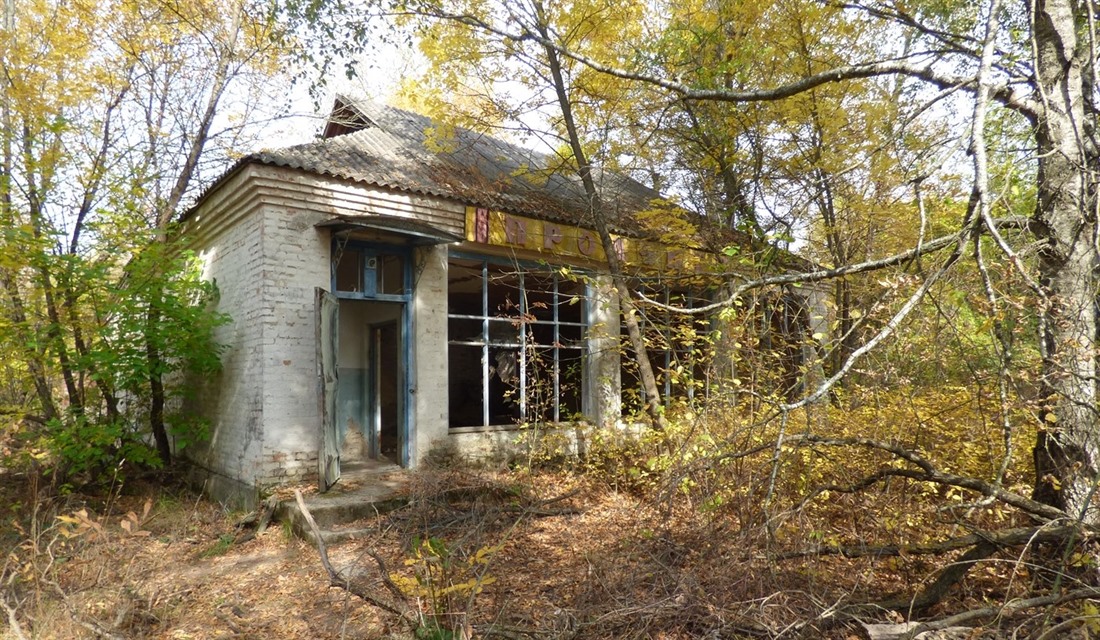 On route to Chernobyl Town we stopped at a deserted village which has stood empty since the day of the disaster in April 1986. Chernobyl itself is 10km from the power plant site and today is home to the several thousand people (mostly men) who work in and around the site. Several memorials stand in the town, the most poignant of them being the memorial to the fire firefighters who first attended the disaster – known as the first responders – of whom many lost their lives to radiation poisoning.

Pressing on, we passed another check point at the 10 km Exclusion Zone and had our first radiation screening, which involved us clambering through a weird contraption. Though safe for a short day visit, the radiation within 10km is still too intense to allow overnight experiences or prolonged exposure.

Immense unfinished cooling towers for reactors 5 and 6 of the Chernobyl plant still stand tall, and the tower of reactor 4 looms ahead – the site of the disaster. Currently authorities are building a huge sarcophagus to cover the plant; this massive steel and concrete structure will contain the reactor and is due to be moved over the plant in December.

Incredibly the plant’s remaining 3 reactors continued to operate after the disaster and were not shut down until 2000. 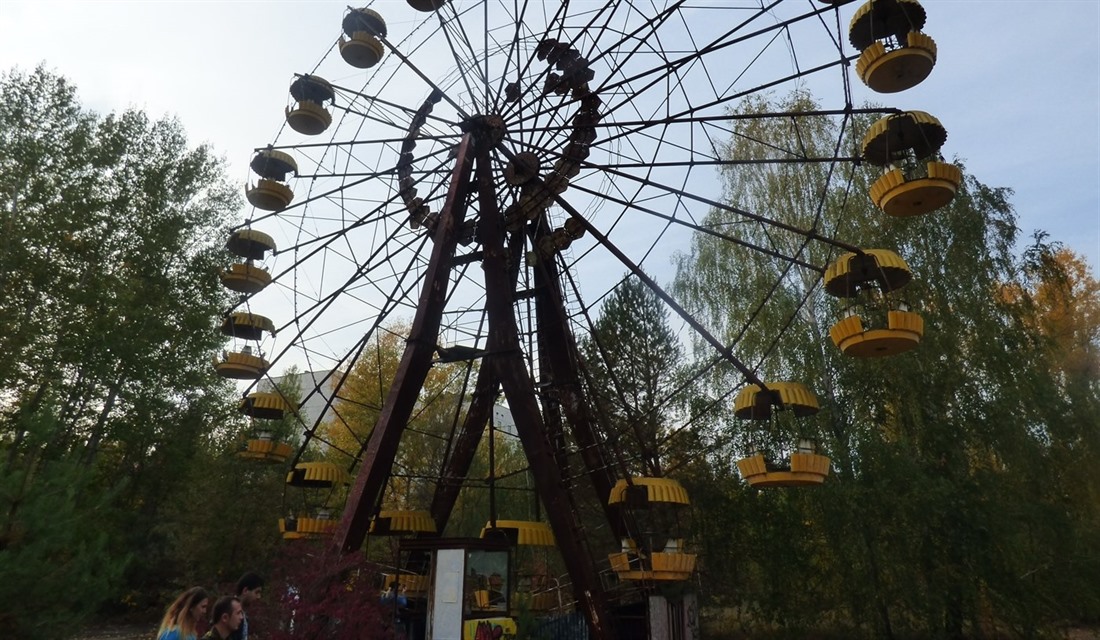 Our final site was the not-so-secret Duga 3 Soviet early warning radar system. This was built in the early 70’s during the height of the cold war and was powered by the nuclear plant. It was nicknamed the Russian Woodpecker by radio enthusiasts due to the repetitive tapping noise it made over the airwaves. The huge steel antenna array, over 160 metres in height, is completely abandoned (and supposedly off limits!). They say it’s on the must-do list of any serious base jumper. I thought that the ransacked control room bore resemblance to the USS Enterprise in star trek, but more Captain Kirk than Picard.

Our Chernobyl adventure ended with a drive thought the forest to visit a tiny village which is home to some of the few remaining re-settlers. These locals came back to Chernobyl a few months after the disaster to be in their ancestral home. Here we met an 85-year-old lady who lives in a tiny wooden house with her disabled sister. They have no electricity or running water, only a well in the garden, but seem very happy to share their stories and even happier to share their home-made vodka!

Overall I found it quite a sombre experience, but it is a must see for anybody with an interest in this part of Ukrainian history. For the best experience, I recommend booking an English speaking guide. 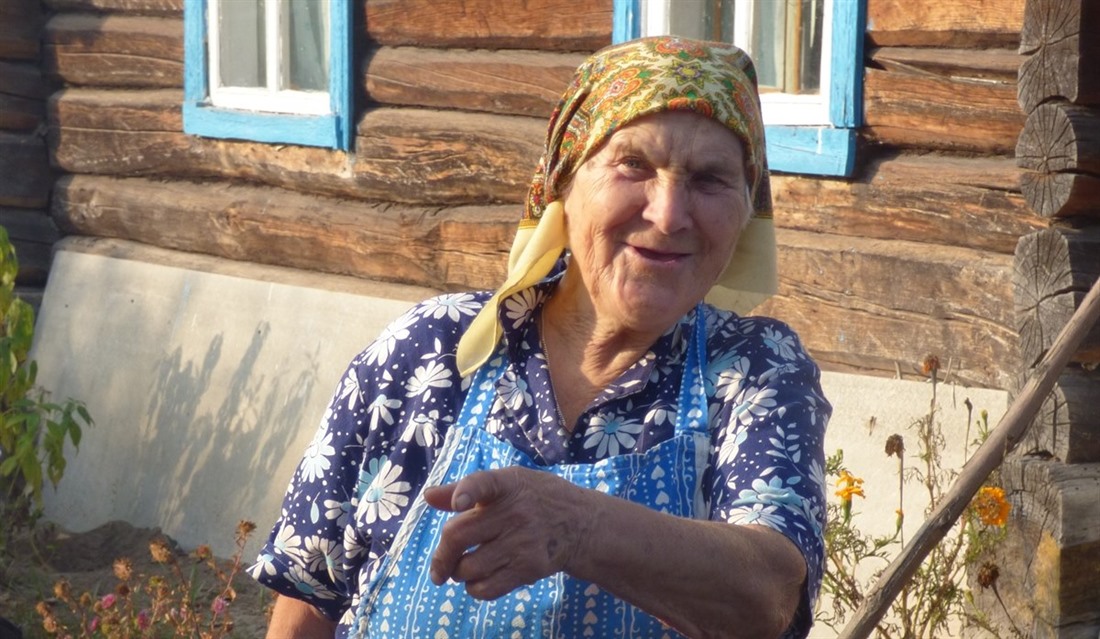