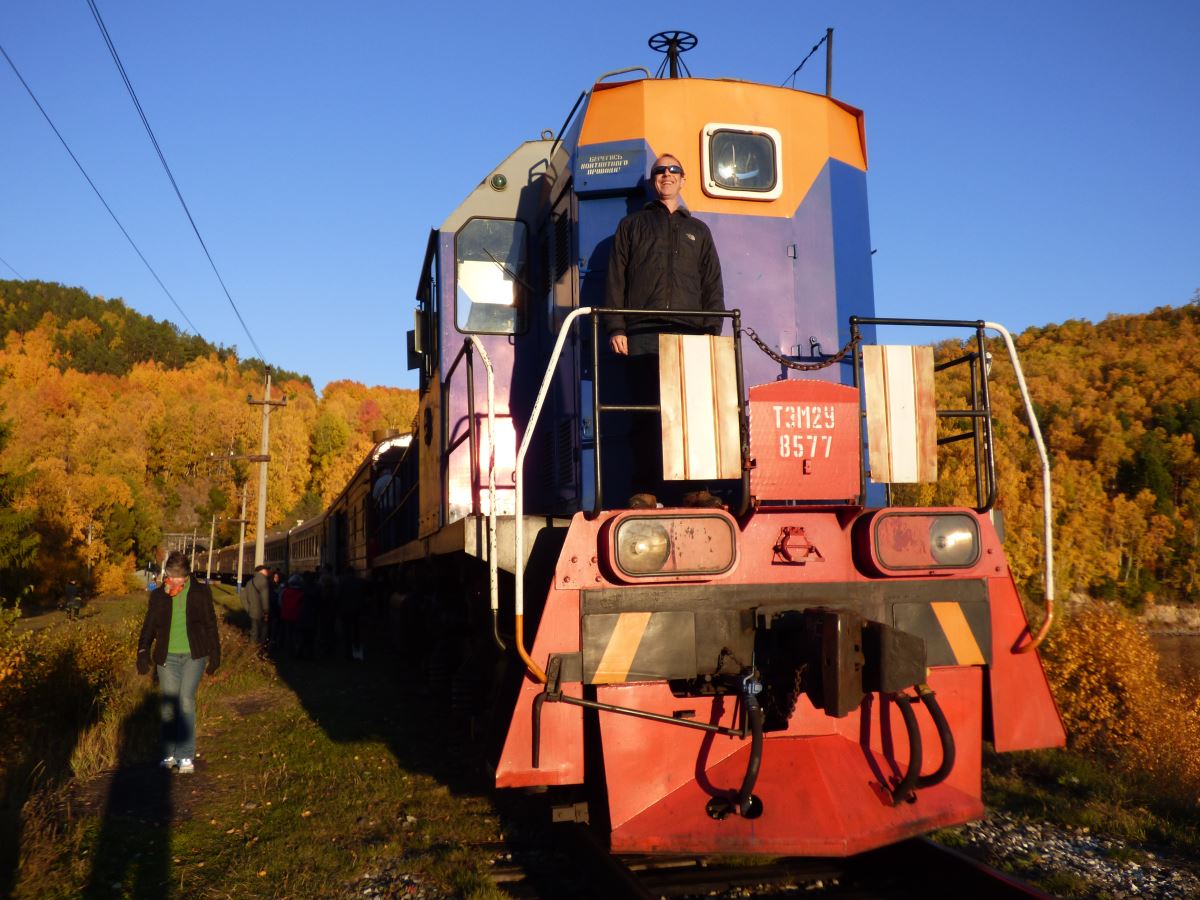 A regular public train traverses Siberia, crossing through miles of harsh landscape connecting Moscow and Beijing, but this was no commuter journey. Instead, in celebration of the Trans Siberian Express Railway’s approaching centenary, I was aboard the privately chartered Tsar’s Gold on its voyage from Northern China to the Russian capital and there's a reason it's in our list of top train trips.

I had been unable to join the train at the start of its journey in Beijing and opted instead to fly from Moscow to meet it as it chugged through Ulan-Ude. A disorientating five-hour flight, leaving at 9pm and arriving at 8am local time left me no choice but to hop aboard the Tsar’s Gold riddled with jet lag. Famed for proudly displaying the largest known bust of Lenin in the town’s square, Ulan-Ude sits slightly north of the Mongolian border and just to the east of Lake Baikal – our first stop. As the train rounded the southern tip of one of the largest lakes on earth, our tracks aligned to a path following the shoreline and we had our first glimpse of the home of 1/5th of the world’s freshwater. 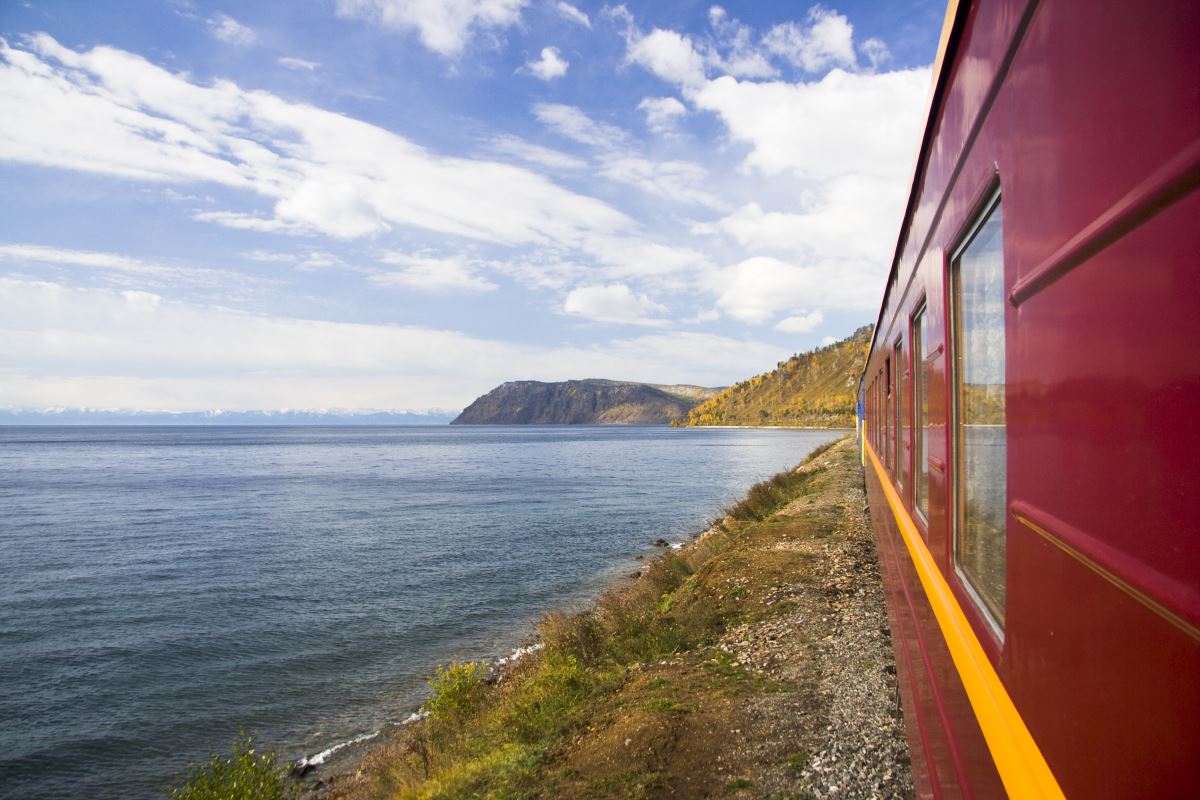 Lake Baikal is nothing short of spectacular. The vast expanse of silvery grey water is silently overlooked by snow-capped mountains and bordered by forest and smatterings of civilisation. It was late September but the trees had received the ‘changing of the seasons’ memo; autumn hung in the crisp air and the shore was decorated with rustling leaves of every colour, from vibrant reds and rusted oranges to deep golden browns.

Watching the scenery slip past the window from the comfort of the heated train interior was certainly a marvellous way to see the countryside, but my presiding memory of the trip was instead an afternoon spent on the thin platform that ran around the front of the locomotive. We hung over the barriers, faces turned to the sun, as we skirted around Lake Baikal, and childish dreams were fulfilled when I was allowed to sit in the driver’s seat and pull the train horn. 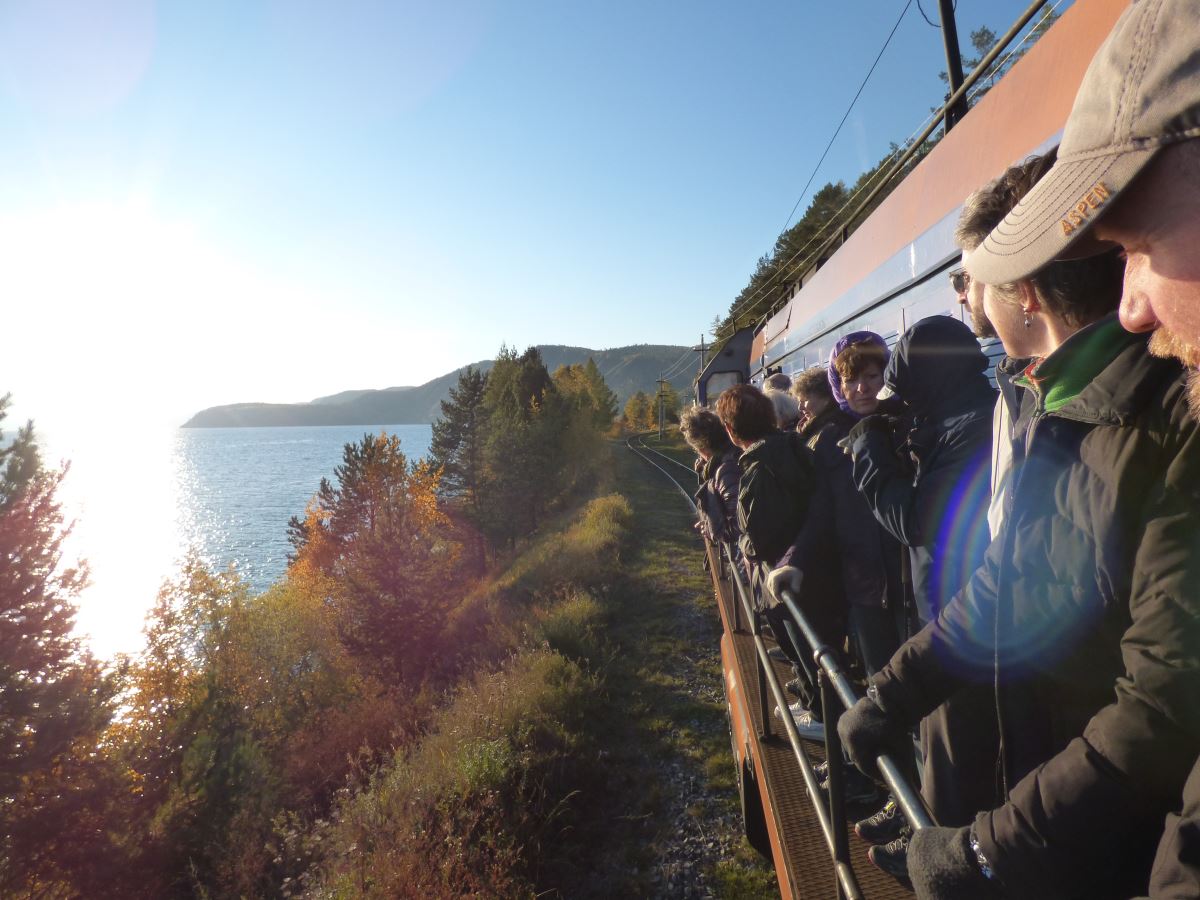 As I watched my fellow travellers clench their teeth for an icy dip in the startlingly clear waters of the lake – an experience rumoured to add 5 years onto your life – I breathed a sigh of relief that I had forgotten to pack my swimming shorts. Instead, I turned my attention to the evening’s entertainment – while most of out meals were served on board in dining carriages, tonight we were treated to a BBQ picnic on the shores of the lake.

Soon we were back in our carriages, gliding through an unusually early flurry of snow in the stark Siberian wilderness. The journey is a massive undertaking and a lot of time is spent on board, but the train itself was perfectly comfortable and carefully designed to retain a romance of a bygone era, complete with bars, dining cars and the option for en-suite rooms. I was, however, relieved to learn that our Russian tour guide, Svetlana, had a range of activities planned to keep us entertained and educated; from learning to speak a little conversational Russian at the bar to caviar and traditional vodka tastings.

We chugged on past traditionally Russian Irkutsk, through the pretty architecture of Novosibirsk and into Yekaterinburg, a university town with a refreshingly different, young and trendy demographic. But it was Kazan, perched on the banks of the Volga River, which stole the show for me. A collision of colourful architecture lines the streets of the pretty old Tartar capital and reflects the fascinating blend of Slavic Russian and nationalist Tartar peoples to which the city is home. Our tour took us to the walled limestone Kremlin that, in parts, dates back to the 17th century and now houses the enormous blue domes of the Kul Sharif Mosque. Between the government buildings and the disused armoury, pleasant green smatterings of grass complete the photogenic look, as it towers over the over the man-made lake in the city centre. 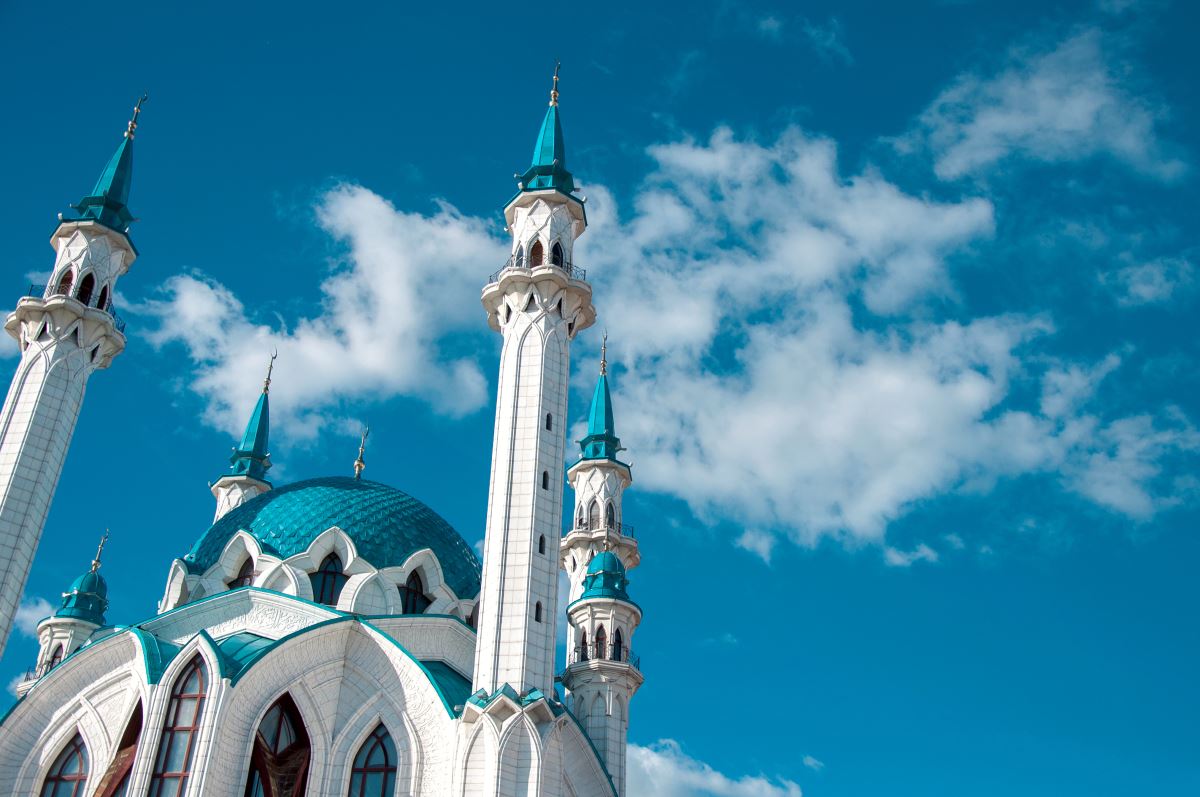 Our final stop was Moscow where we joined the throngs of tourists after a week in our isolated tour group, to visit the beloved sights of the Russian capital. The immense fortified Kremlin and the Red Square are not to be missed by any visitor to Moscow and were the first items on our agenda, followed by the iconic, vibrantly painted St Basil’s Cathedral – an impressive sight in the light of day, and magical illuminated at night.

With our final evening rapidly coming to an end, it seemed only polite that we attempt to use the ‘conversational Russian’ that Svetlana had taught us. And we did so in a bar, subjecting unimpressed locals to our newfound ‘skills’. But before too long, the final whistle blew on our journey. Swapping screeching iron wheels on the rails for a pair of wings and a smooth tarmacked runway, we left Russia for our final homeward-bound leg of the journey. 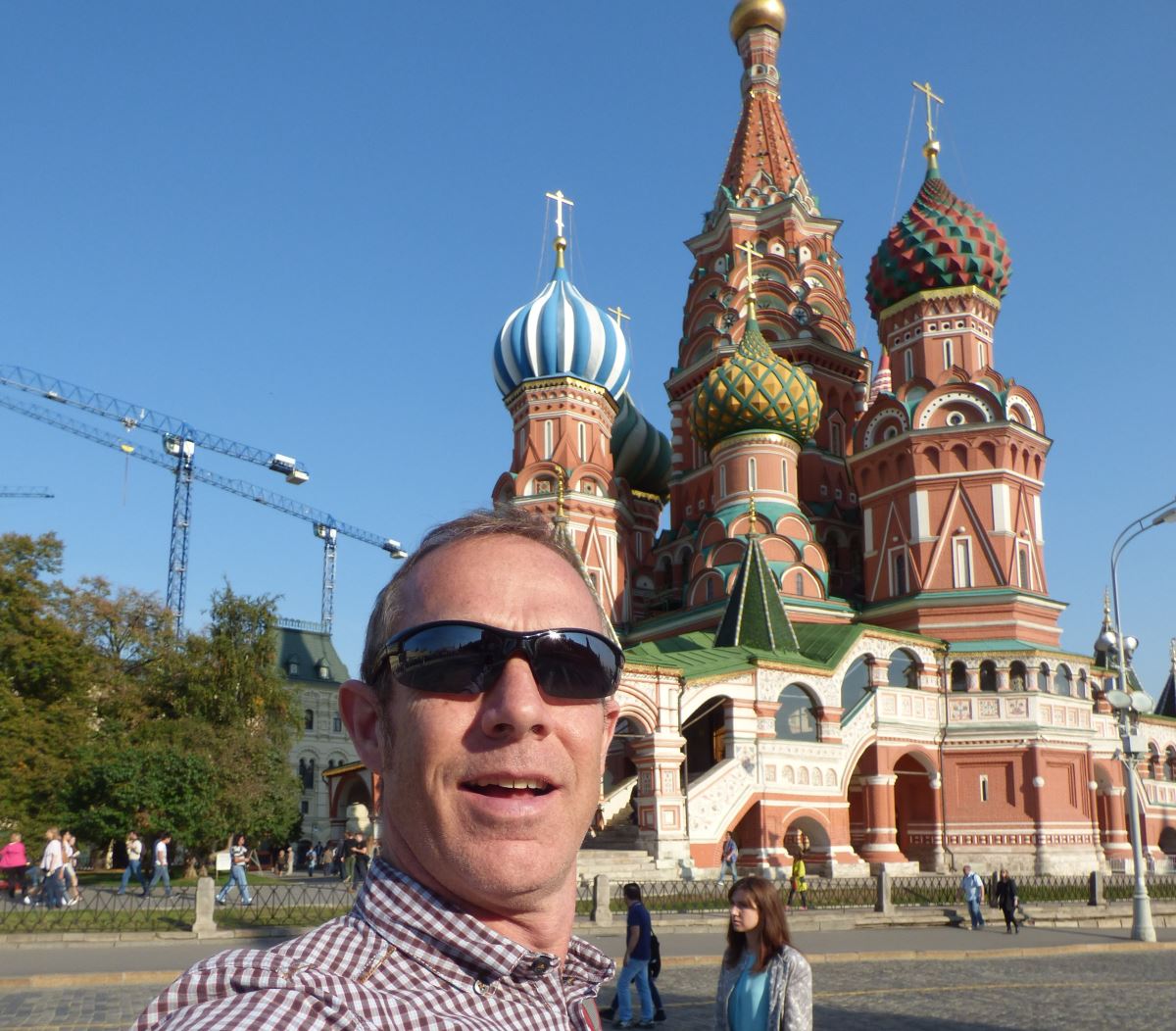