Travels on the Bam Railway - Part 1

Travels on the Bam Railway - Part 1

Eat your words you cynics of Aeroflot – long gone are the days of ancient Russian aircraft, surly service and cold chicken with processed peas. Be prepared to step on board to comfortable seats with leg room; choice of meals; personal consuls; slippers, eye mask, blankets and a welcoming crew with uniforms reminiscent of the heady days when only the rich could afford to fly.

After a 7.5 hour flight from Moscow we arrived in sunny, warm Vladivostock. From the very modern airport to downtown is 50 km, an hour’s drive through a corridor of trees burning with autumn colours. The proximity to the Far East is evident in the restaurants, supermarket aisles and faces of the people. 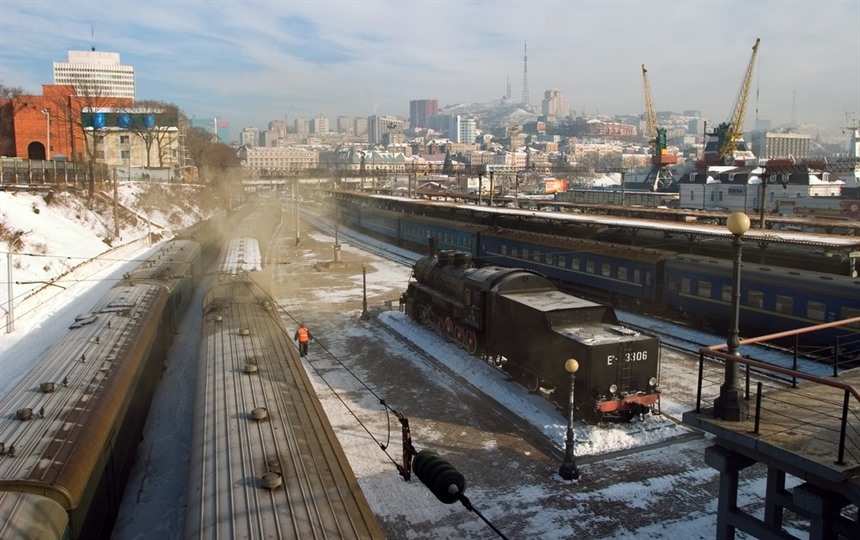 A fairly discrete obelisk marks the end of the transiberian rail some 9322 km from Moscow. I’m sure Nicholas II must have been as impressed as modern travellers are with the magnificent structure of Vladivostock’s rail station, the beginning and end of so many dreams. With the back drop of the Golden Horn Bay and the newly constructed Golden Horn Suspension Bridge Vladivostock bears more than a passing likeness to San Francisco. Its steep streets leading down to the port further enhance this image – all that is lacking are the tram cars. Before the two suspension bridges were built linking the peninsular to Russkiy Island it was a long commute from one side of the bay to the other and from the island to down town. Now a state of the art university campus has been built on the island, primarily to attract high fee paying students from the Far East.

Hotel Primorye 3* is in an excellent location, one block up from the rail station/ferry port and ten minutes walk to the central square. The pizza restaurant was closed for refurbishment but a tempting patisserie is located in the lobby. In an effort to create a sea scene strange waves of green polystyrene have been moulded to the walls in the space formerly occupied by the floor ladies.

We boarded our west bound train with much excitement and not for the last time wondered at the sheer feat of engineering and human endeavour, which made the world’s longest railway become a reality. On time the powerful locomotive slipped silently out of the station, heading due north to Khabarovsk. The boarder with china being so close my mobile phone switched to a Chinese network and Beijing time. This proximity to a potential enemy led to the building of the BAM railroad through remote, inhospitable and therefore, safer territory.

Crossing the mighty Amur River [4,444 km long], the last obstacle in the link from Moscow to Vladivostock, we arrived in Khabarovsk to a riot of autumn colours. Khabarovsk is a stunning mixture of 19th century and Stalinist architecture, topped with the blue and gold bling of newly restored or re-built churches. It was with some regret we departed the city, now shrouded in a smoky haze. The reason for the smog soon became apparent as out of the darkness leapt tongues of fire, so close to the train we could feel the heat through the windows. 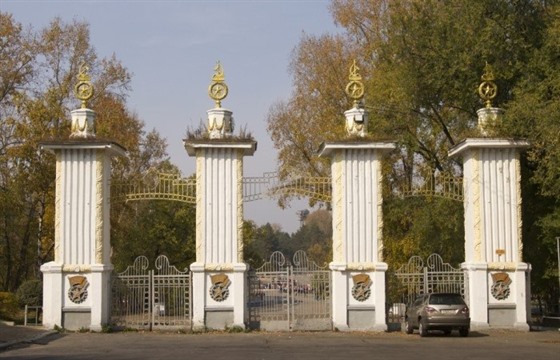 A surprise goody bag containing toothbrush, toothpaste, shore horn, plastic cutlery, chocolate, savoury and sweet biscuits, smash, a curious tin of indistinguishable pate like substance and a bottle of water were delivered to our compartments. In short all necessities for a night on the train and free of charge.

Another day, another town and another promising sunrise on a crisp, autumn morning. Since its glory days as a model socialist town, when Yuri Gagarin opened the first youth centre in the USSR, Komsomolsk-na-Amur has gone in to decline. What will the youth of 2018 think of the contents of the time capsule buried in the walls of their centre encouraging the Komsomols of the future?

With the threat of Japan and China on the Eastern borders, Stalin needed an inland port and safe location for an aircraft factory. Komsolmolsk was born on the banks of the Amur. As there was no airfield the first planes had to be amphibious. The promise of extra money, free land and other privileges brought specialists from St. Petersburg, home of Russian ship building, along with enthusiastic Komsomols [the communist youth wing] to create a model city in the remote north east. When this work force was not enough, political prisoners and later, Japanese POW’s , were conscripted. The lack of women soon became apparent so a call went out to entice ladies to Komsolmolsk with the almost certainty of finding a husband. 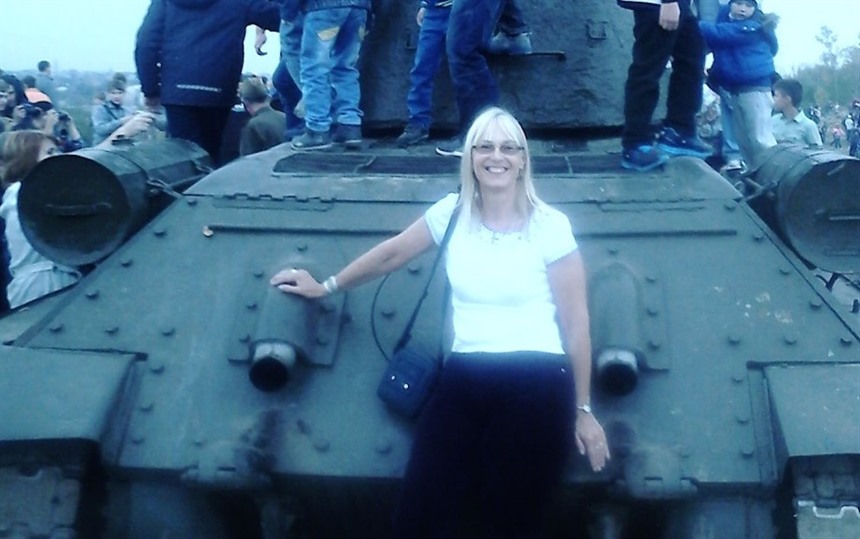 During the Great Patriotic War of 1941-45 the aircraft factory worked round the clock. These pioneering women really came in to their own turning out up to two airplanes a day. When even this was not sufficient older school children were brought in to help the war effort.

But now the communist dream is dead; the shipyards are virtually redundant and the demand for civil and military aircraft has dropped. There are no more incentives to go East and, with a declining population, it is hard to see how Komsolmolsk-Na-Amur can survive. Outside our hotel Voskhod [sunrise] the square is now a place for the disaffected to hang out. The sun is settling on the ‘Sunrise’ city.

Read more about Christina’s trip on the BAM  railway here.