This small-group tour is truly for the adventurous traveller! We prefer our holidays with a twist of the alternative, so you'll embark on a truly unique railway holiday along the BAM section of the Trans-Siberian Railway. There's no other railway quite like the epic Trans-Siberian, stretching all the way from Moscow to the Russian Far East, but the Baikal-Amur Mainline (featured in our top 5 rail journeys) route branches away from the 'true' Trans-Sib to traverse remotest Siberia and skirt the northern borders of Mongolia and China to reach Vladivostok.

This route travels from Vladivostok on the far Russian east coast to Lake Baikal, the largest freshwater lake in the world and stops at small towns where the lives of the inhabitants are intrinsically linked to the railroad. Officially opened in 1989, it wasn't until 10 years later that the first tourists could take the train. We'll take you to clatter along the rails of one of the world's most intriguing train lines, passing through the mountains, marshes and permafrost that challenged engineers daily as they built the tracks. Watch the scenery change from forests, rivers and lakes to frozen tundra from your carriage, spending time with like-minded travellers. 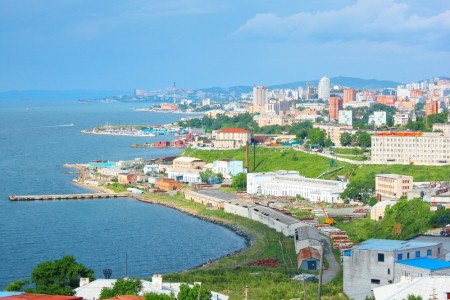 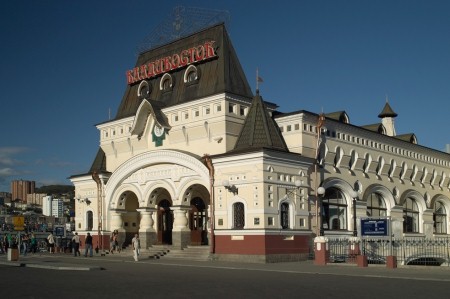 Arrive in Vladivostok and transfer to the hotel to check in for two nights. Meet for a welcome lunch in the hotel and enjoy the rest of the day at leisure. Perhaps use the afternoon to stroll over the impressive Golden Bridge that spans the bay. If you can't wait to begin rattling along Russia's rails, why not begin your railway journey a little early and take a 60-second ride up the smooth funicular railway to reach a viewpoint that overlooks the bay. (L) 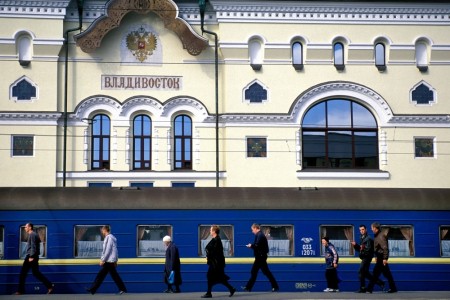 This morning enjoy a half day guided tour of the city's key military attractions including the Submarine Museum located in an old S56 on the waterfront next to the war memorial and eternal flame. (B) 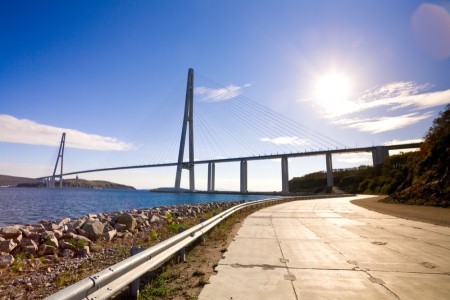 Continue the military theme and explore the fully-militarised Russky Island, just offshore, today. Connected to the mainland by a suspension bridge, it's easy to reach and only opened to foreign visitors in the early 2000s. The island was of primary military importance during the Soviet era. Travellers with a keen interest in the region's fascinating military history will appreciate the unique and strong fortifications, well preserved and dating back to the 19th and 20th centuries. By 1915 there were 16 forts and 27 batteries on the island guarding the coast. Marvel at the huge cannons from the Poltava Battleshop at the Voroshilov Battery, one of the main attractions of Russky Island, before soaking in the impressive sweeping vistas of Vladivostok from a fort named after Ivan the Terrible at the highest point on the island. After some free time transfer to Vladivostock Railway Station, where an obelisk stands marking the official end of the Trans-Siberian line, or rather the beginning of the trip on this BAM Railway. (B,L,D) 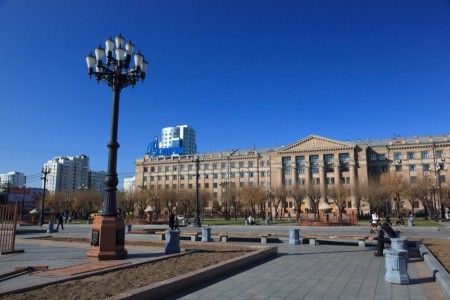 Pull into Khabarovsk station in the morning and meet with your local guide before heading off to a local restaurant to freshen up and enjoy breakfast. Spend the day getting to know one of Siberia's largest city. Because of its location at the junction of the Amur River and its tributary, the Ussuri, Khabarovsk actually feels more like a relaxed coastal town than a bustling Siberian city, particularly in the summer when the sandy river banks are virtually transformed into a beach resort. The leafy main street, Muravyova-Amursgoko, teems with life and boasts fine examples of 19th-century Russian architecture. This morning we visit the excellent  Khabarovsk Regional Museum, which has an impressive collection on the indigenous Amur tribes such as the Nanai and Ussiri.  In the afternoon visit the Far Eastern Railway Museum, which houses a private collection of around 2000 original artifacts, documents, models and photographs depicting the history and construction of the Far Eastern Railway. In the evening you'll have dinner at a local restaurant before returning to the railway station for Train 667 to Komsomolsk.  (B,L,D). 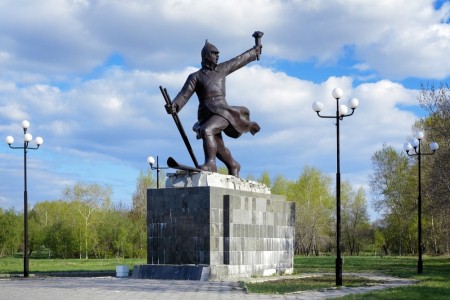 Arrive in the morning and transfer to the hotel for early check-in. After breakfast visit the Museum of Yuri Gagarin Aircraft Factory (90 minutes). This is a fascinating insight into the evolution of aviation in the Soviet Union to current day with the building of the Sukhoi Superjet 100, which hit the headlines for all the wrong reasons in May 2019. Led by an very enthusiastic local guide see models, documents and videos of the development of the factory and planes. Rest of the day is left free time to explore this city, which was planned and built in 1932 as a secret centre for military industries. Its position on the Amur River, which is the border between Russia and China, and inland of the Tartar strait on the Pacific Ocean, made it a strategic spot to manufacture aeroplanes and submarines. It is one of the largest cities on the BAM with some 250,000 inhabitants. (B) 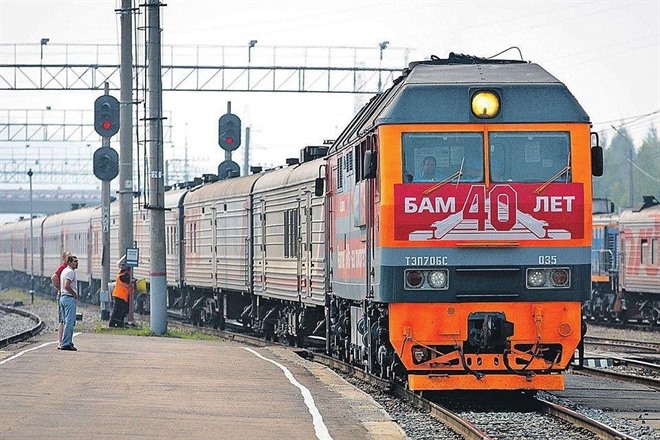 Due to train schedules we have a free morning to explore Komsomolsk On Amur further, so we would visiting the excellent City Museum of Local Lore and the small Museum of Fine Arts (there are no museums included on our city tour later in the day). Check out of hotel and meet the local guide for a city tour of Komsomolsk, take a wander around the city taking photos of Stalin's Neo-renaissance style buildings in the city centre and the housing blocks, many of which are adorned with both sculptured and painted Soviet murals. After a visit to the supermarket to stock up on some snacks and drinks, transfer to the train station for Train 363 to Tynda, (B) 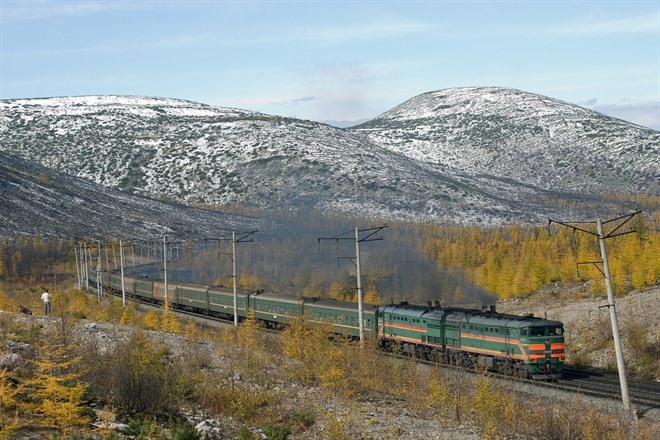 The train passes through the region of permafrost, where the frozen earth that lies two to five feet underground keeps the trees from growing much over the height of a person's head. Also cross the Zeya and the Bureya Rivers. Quite often at this time of year we will start to see the first snows of the season. 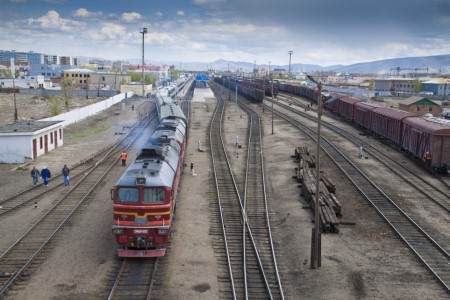 This morning arrive in Tynda. Seated at the crossroads of the BAM and branch of the main Trans-Siberian line, Tynda's life is tied to the railroad and indeed the headquarters of the BAM construction company is located here. One of the main sights in the city is the BAM museum, which contains exhibits and photos illustrating the construction of the railroad, as well as artifacts of the native Evenk people. Here, explore the town with your local guide. Be back at the train station for Train 75 to Severobaikalsk departing after midday.  Here the train passes through the Severomuisk Tunnel, the longest tunnel in the Russia. It was only completed in 2004 due to the permafrost difficulties in the Severomuisk mountain range. 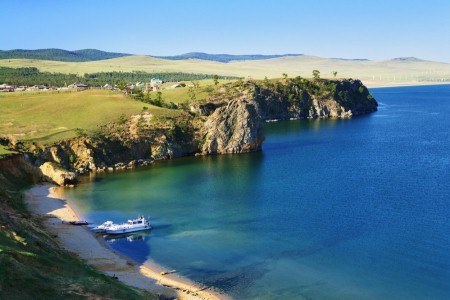 Today look out of the left side of the train to catch your first glimpse of the impressive Lake Baikal. Arrive mid afternoon in Severobaikalsk. This town like so many on the BAM has little in the way of tourism infrastructure and rather charming for it. Transfer to a local hotel, where the rest of the afternoon is spent relaxing after spending 3 nights on the train. 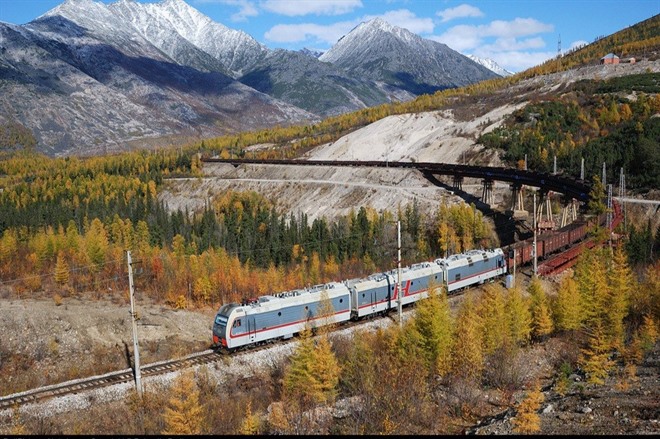 Morning sightseeing tour of Severobaikalsk including a visit to the BAM Museum. Severobaikalsk was founded in 1974 as a base settlement of BAM (Baikal-Amur Trunk) workers at a spot called "Novogodniy" (New Year). From a small settlement of tents and wooden huts it has grown in to a modern city surrounded by mountains on 3 sides and Lake Baikal on the other. In front of the railway station is a monument to volunteers and workers from Leningrad who built the town. Transfer to railway station for train 71/347 to Irkutsk. (B) 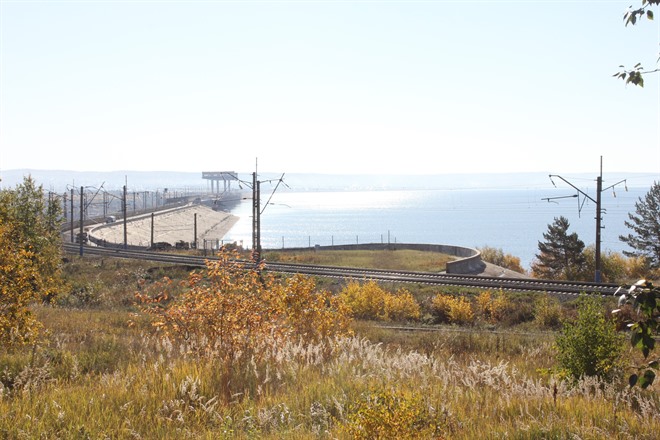 On train passing through Taishet and Bratsk, where you can see the huge dam built on the Angara River at Bratsk as you pass over the river. 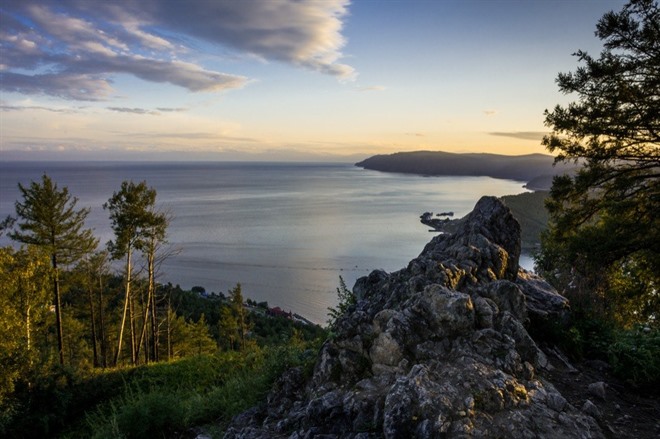 Arrive Irkutsk around midday and transfer to Listvyanka. Listvyanka is an attractive village of wooden house stretched along the shore of Lake Baikal. Transfer to Baikal Chalet and check-in before lunch at the Chalet. In the afternoon visit Baikal Museum, which has a number of displays on the unique marine life and animals in the Baikal area. There is a brief excursion of Listvyanka including a visit to Shaman Rock.(L,D) 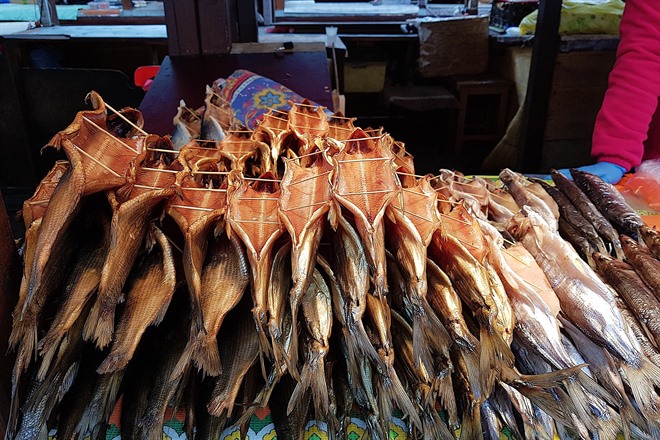 Today take a stroll down to the harbour for a boat ride on the lake (90 minutes) and on the return visit the Fish and Souvenir Market - an ideal opportunity to try smoked fish like the delicious omul and a matrioshka doll! Lunch and dinner back at the chalet. (B,L) 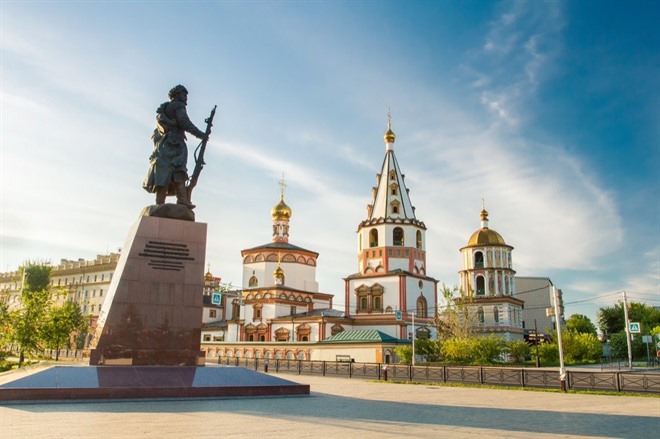 This morning visit Taltsy Museum of Wooden Architecture set amongst the trees on the road to Listvyanka. This collection of wooden houses some around 300 years old, offers an insight into the lives of Siberian settlers. After some free time for lunch we embark on our city tour of Irkutsk. A relaxed city brimming with fine architecture and fascinating cultural and historical sights, Irkutsk has maintained a certain level of sophistication ever since the early 19th-century when gold was discovered in the area followed by the arrival of numerous artists and nobles who were exiled here after the Decembrist revolt. Ornate Decembrist log cabins are still dotted on the pretty streets alongside grand public buildings displaying classical Russian architecture, and there are plenty of exquisite cathedrals, churches and museums to explore giving an insight into this remote yet welcoming city. (B,L)

DAY 16
IRKUTSK TO UK
Transfer to the airport for the flight back to the UK. (B)
Chat to a travel specialist

Please note that the single room supplement price is for hotels en route.

To confirm a booking, we require a deposit of £99 per person.

This deposit will be fully refundable until 31 Oct 2021.  From 1 Nov 2021 we will collect the remainder of the deposit, a payment of an additional £600, when the tour reaches minimum numbers and is guaranteed to operate.

Should the UK Foreign, Commonwealth & Development Office (FCDO - formerly Foreign & Commonwealth Office), advise against all but essential travel to a destination; or restrictions put in place by the destination itself prevent the fulfilment of the trip within 30 days of your departure, then we will offer to postpone your trip, or offer credit against any future departure, or refund all monies paid. By paying a deposit you are confirming that you have read and agreed to our booking conditions. Please go to www.regent-holidays.co.uk/content/booking-conditions for our full terms and conditions, and ensure that you have read and understood them.;