This individual itinerary is based in Moldova's quirky capital of Chisinau and takes a series of day trips out to give you a taste of this tiny country. An ideal holiday to Moldova for the first time visitor and we are sure that this small country will not leave you untouched and will amaze you by its beauty.

Moldova was known as the vineyard of the former Soviet Union and, given the quality of Moldovan wine, it is easy to see why. Included in this itinerary is a trip to Cricova, where a fascinating world of underground wine storage awaits. Close to Chisinau lies the spectacular Orheiul Vechi cave monastery. Orthodox monks carved out the monastery in the 13th century and today a handful of monks are slowly restoring the caves. Explore Tiraspol the self proclaimed independent republic, a city seemingly lost in time with its Soviet-era atmosphere boasting Lenin statues and Soviet street names. 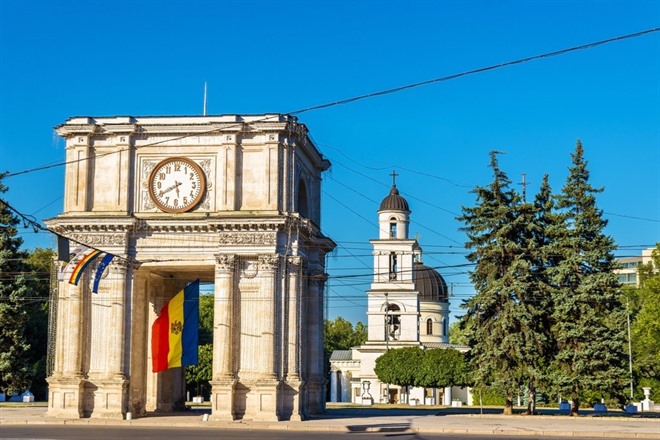 Arrive in Chisinau and transfer to the hotel for five nights. We can book a number of hotels in Chisinau, this is only our suggestion. Enjoy the remainder of the day at leisure. 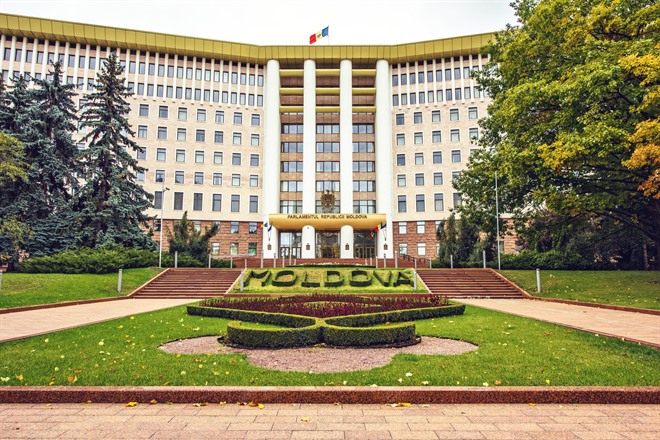 Enjoy a free day in Chisinau to explore at leisure or book optional excursions. Chisinau is often referred to as Small Rome as it lies over seven hills. However, the similarity ends there. Tree-lined boulevards and numerous parks make Chisinau feel more like a sleepy provincial capital than the Eternal City. There are plenty of excellent restaurants, all offering varieties of Moldova's national treasure - wine! (B) 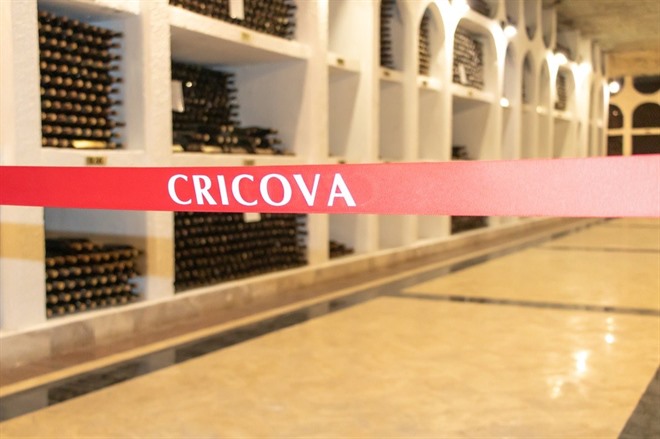 Today visit the Cricova Winery, where the tour explores the old traditions of wine-making in the area. Cricova was once the site of a huge network of underground mines and, after the Second World War, it was decided that they should be emptied of mining detritus and converted to wine storage. Journey on the electric train through the underground streets of this wine city with names such as Cabernet Street, Pinot Noir Street etc. There are special tasting halls where it is possible to sample various wines, alongside some tasty snacks. (B) 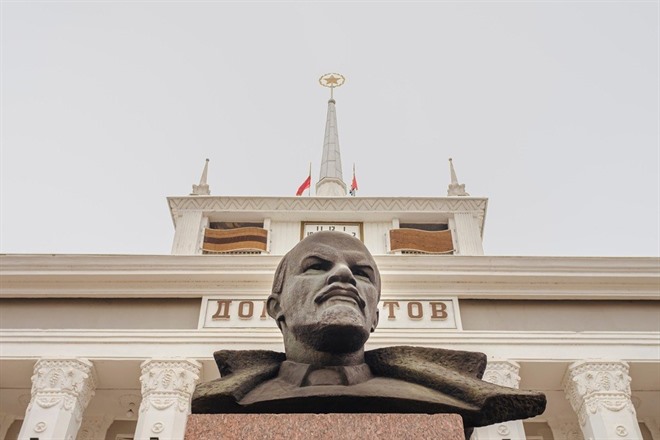 Today visit the capital of Trans-Dniestr, a self proclaimed independent republic which has dreams of joining Russia. Located 40 miles southeast of Chisinau in the Nistru Valley, Tiraspol is considered to be a living museum of Soviet culture. With a population of 200,000 the city still has its share of Lenin statues, monuments like a T-34 tank on a pedestal and retained street names such as Lenin Street. During this city tour see the Pokrov Church (Intercession of the Virgin), the Republican Drama and Comedy Theatre, Central Post office, the Lenin and Suvorov Monuments, Kirov Square and the ruins of the Bender Fortress (on the outskirts of town). (B) 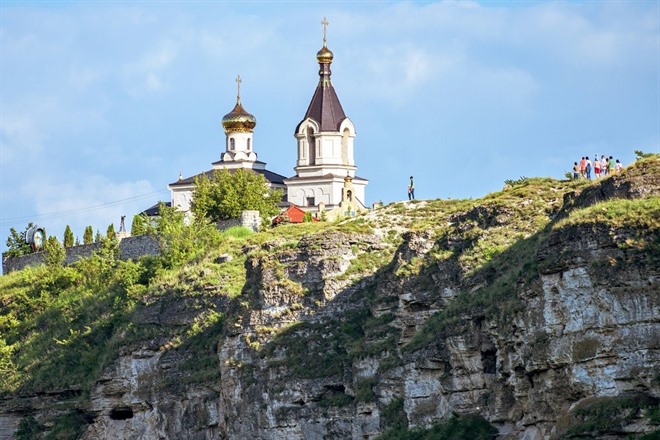 Today journey to Orheiul Vechi, an historical monastery complex, situated 40 miles from Chisinau on the site of the Moldovan medieval city Orhei. Visit the 19th-century Adormirea Maicii Domnului Church, see the remains of the Geto-Dacian fortress, a functioning cave monastery, as well as the ruins of the old Turkish bath. Also included is a traditional lunch in a typical 19th-century Moldovan house, where you can enjoy some traditional Moldovan cuisine. (B,L) 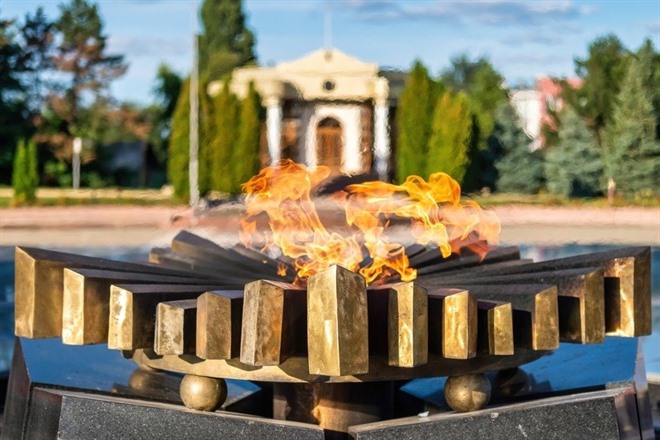 Time at leisure before transfer to the airport for the flight to the UK. (B) 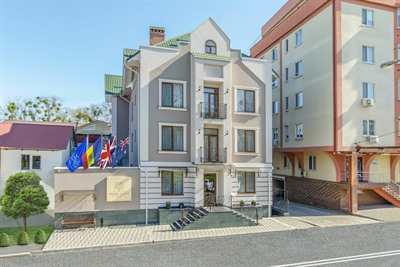 Park Lane Hotel
Park Lane Hotel The Park Lane Hotel is a three-star hotel in the centre of Chisinau. This hotel is not far from Valya Morilor lake, around a 20-minute walk to the cathedral and just around...... 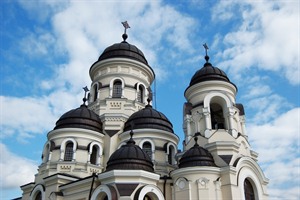 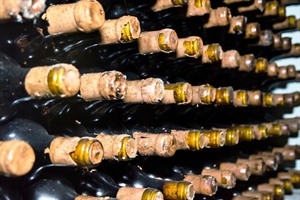 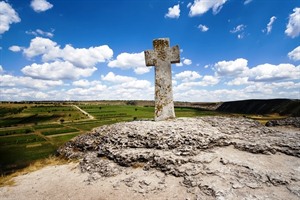 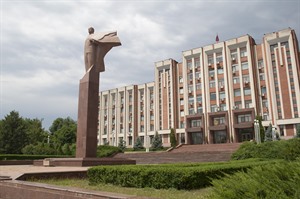 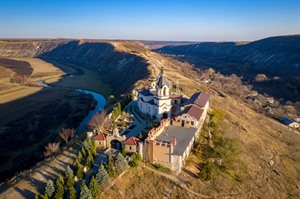 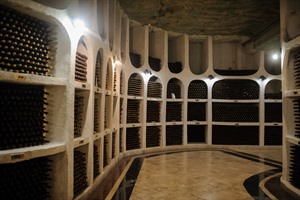 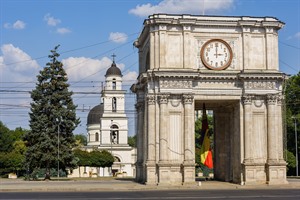 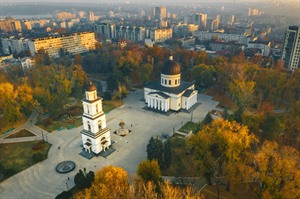