Driving Norway: Our Top Routes
A Taste of the Arctic
How to: dress for the Arctic

Located high in the Arctic Ocean, Spitsbergen is the largest island of the Svalbard archipelago in northern Norway. Stay in the world’s most northerly town, Longyearbyen, and experience the incredible period of darkness when the sun remains at more than six degrees below the horizon.

During the polar night period, which lasts from 14 November to 29 January, it is dark enough to search for the northern lights at any time of day, and the otherworldly feeling of being in the dark is something that must be experienced to be believed. 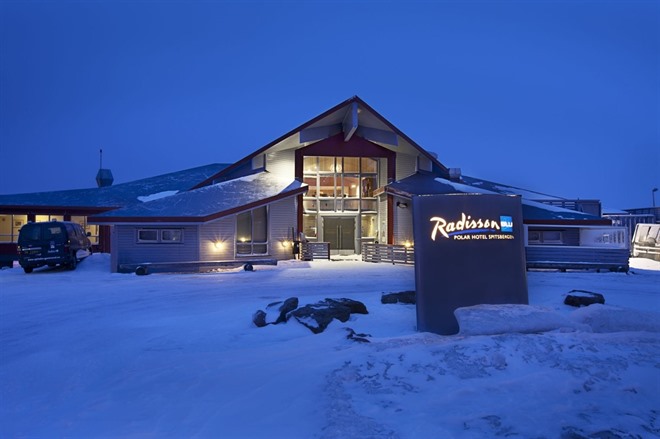 Embark on a breathtaking dog sledging adventure beneath the starry skies and glittering moonlight. Travel through snow-covered landscapes and icy plains, and enjoy the thrill of being pulled by husky dogs with only the moonlight as a guide. As the mountain ranges come into view, look for the northern lights dancing in the sky above. (B) 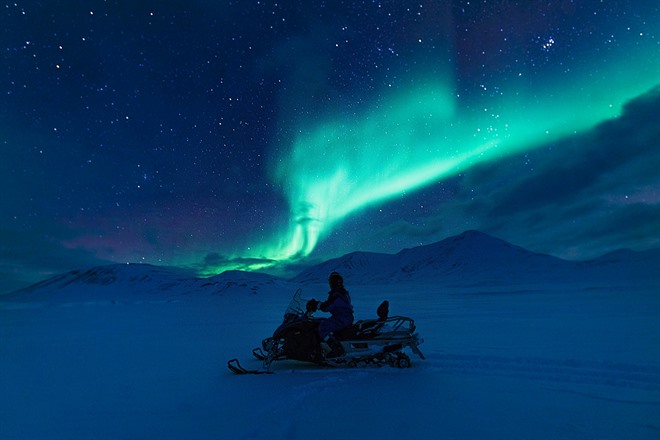 While the sun is hidden beneath the horizon, embark on an atmospheric snowmobile journey through the wilderness, lit only by the Polar Night. Look out for reindeer and polar foxes as they search for food in the snow, and warm up with hot drinks along the way. Chances of seeing the northern lights are heightened during the Polar Night period, so be sure to keep an eye out for the elusive aurora in the night sky. (B) 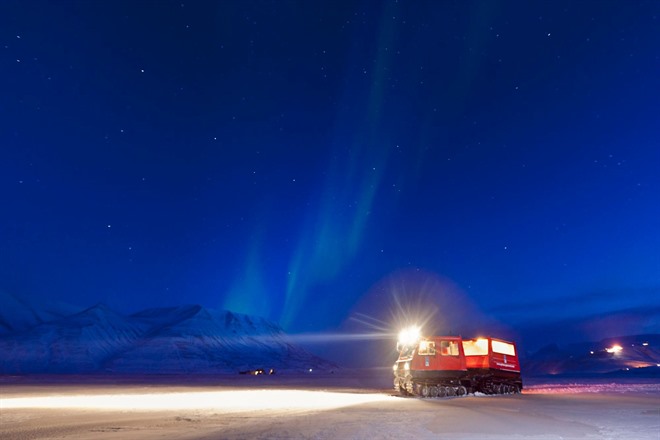 Embark on an exciting trip by snowcat, a fully-tracked, enclosed vehicle designed for tackling the icy conditions. Hunt for the aurora away from the lights of Longyearbyen. Drive through the frozen Advent Valley, making several stops en route to Hiorthhamn, an abandoned settlement on the northern bank of Adventfjord with spectacular views back towards Longyearbyen. (B)

This morning transfer to the airport for your return flight to the UK. (B) 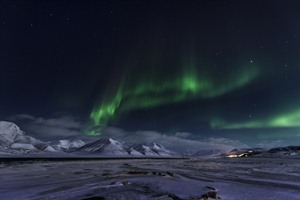 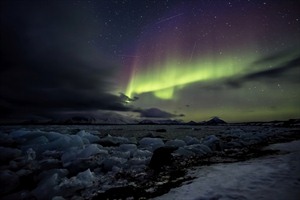 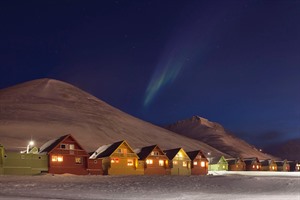