Five amazing things to do in Mongolia

Five amazing things to do in Mongolia

For many years Mongolia has been thought of as little more than a stopover between Moscow and Beijing, but here at Regent we’re delighted to see that it has begun to demand attention as a fascinating travel destination in its own right.

Full of breath-taking landscapes and steeped in history, Mongolia rewards the visitor who seeks unusual experiences and who values the chance to get off the beaten track. From the capital Ulaanbaatar, where soviet-Era architecture rubs shoulders with Buddhist monasteries, to the wilds of the Gobi Desert, Mongolia is a unique destination with so much to offer the curious traveller.

There are a whole host of unusual experiences to get involved with, so we’ve narrowed down the list to give you just five amazing things to do in Mongolia—though of course, there is so much on offer that we’re only scratching the surface.

Read on to discover our top five picks. 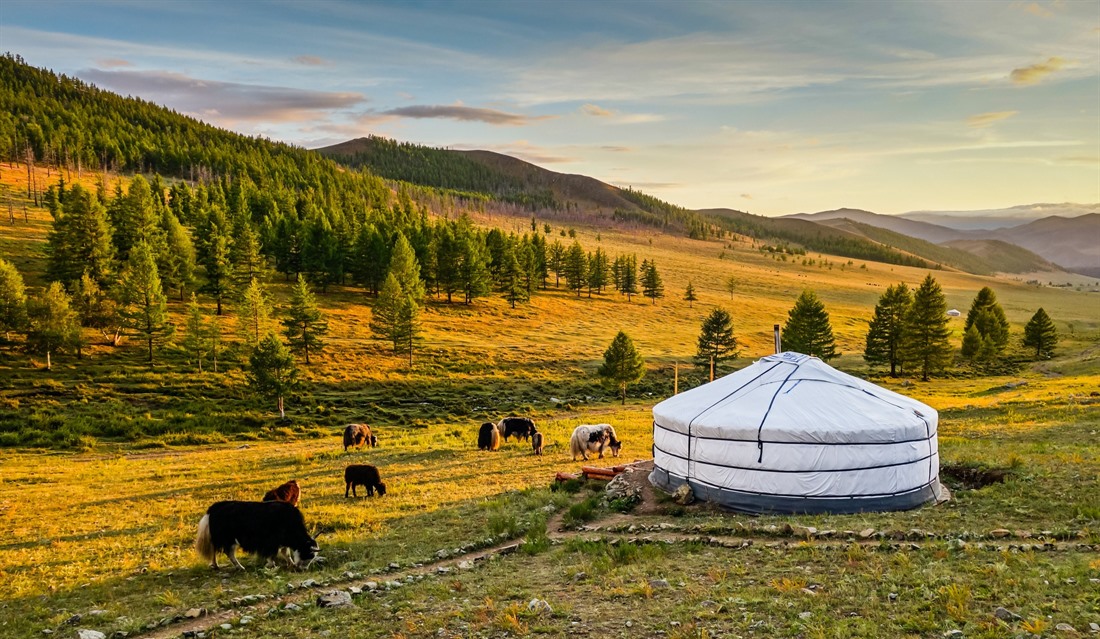 As much as 30% of the Mongolian population still lead nomadic or semi-nomadic lifestyles, and the ger camp remains an integral part of their culture as a result of this. A ger is a round dwelling that can be packed up and moved easily, traditionally built out of wood and animal products such as felt made from camel or sheep’s wool, or perhaps yak or horse’s tail.

Ger camps are a great way to meet locals or fellow travellers, as a strong communal spirit prevails. You can eat together and swap stories around a campfire, or simply enjoy the stunning landscapes and the amazing starry nights on offer before you curl up in your cosy ger ready for a good night’s sleep before the next part of your trip. 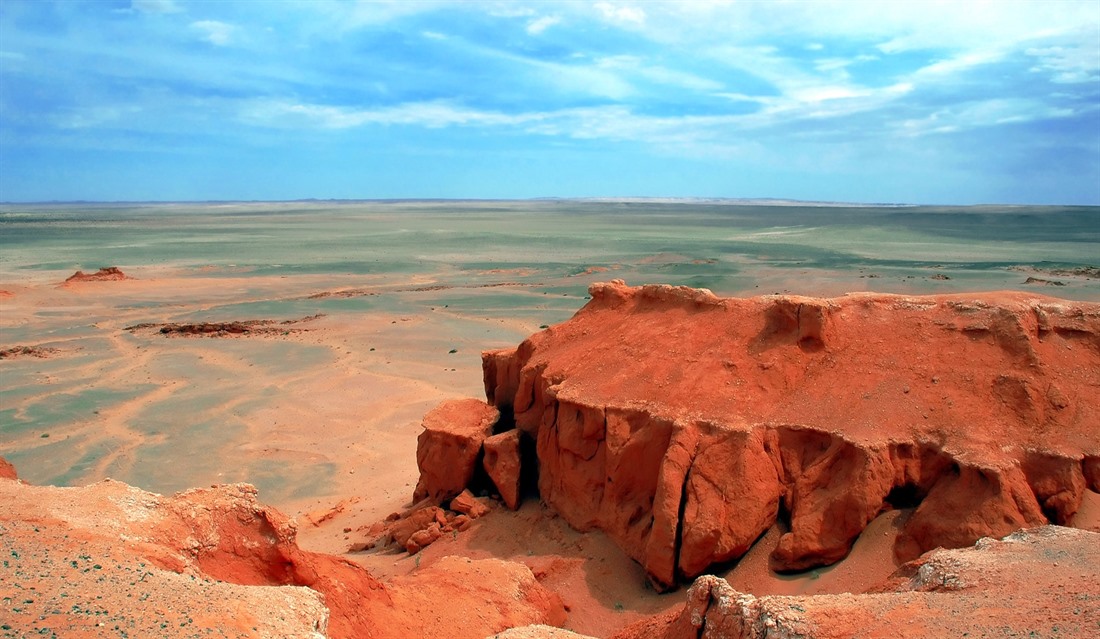 2. Look for dinosaur fossils in the cliffs

The Flaming Cliffs in the Gobi Desert, also known as Bayanzang, have been an important destination for palaeontologists and amateur fossil-hunters since the early 20th century. It was the first place in the world where dinosaur eggs were found, and velociraptor specimens among other dinosaur species have also been uncovered at the site. Their beauty alone makes the Flaming Cliffs well worth a visit, and it’s not hard to understand how they got their name when you see the stunning rust-red and orange rocks lit up by the sunset.

Today you can walk among the narrow gorges and valleys of Bayanzang and seek out your own fossil finds—although of course you need a special permit if you want to take any home with you! 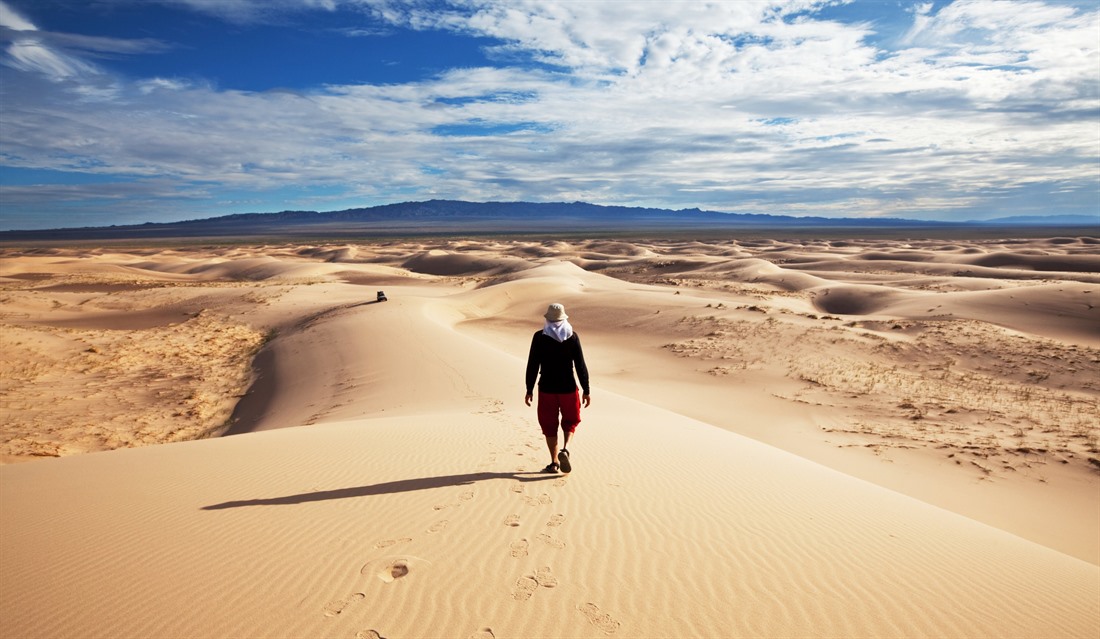 Let an experienced local driver take you into the Gobi Desert in a 4x4 and marvel at how well he knows his way despite the total lack of signposts. He will navigate through the scrubby plains and towering sand dunes, and you will get to experience the sheer vastness of the desert as he drives you along the narrow dirt tracks that criss-cross the sands. Enjoy the silence and wonder at the remoteness of this incredible destination. The beauty and starkness of the landscape can often leave you feeling like you are right at the end of the world. 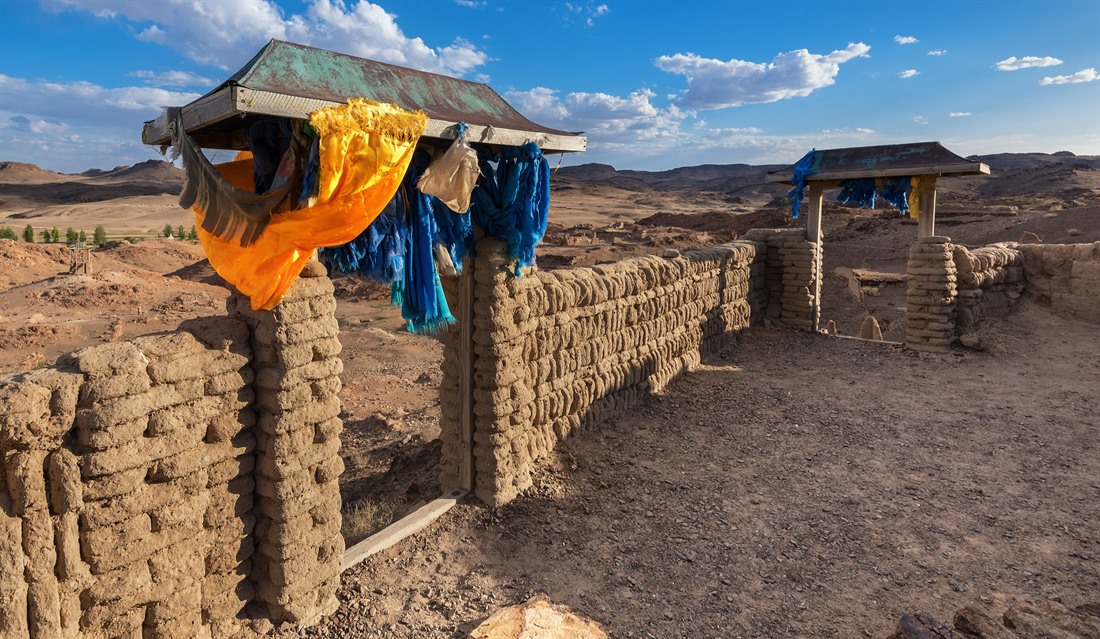 4. See the Buddhist temples in Ongiin

By the early 20th century, roughly one third of the male population of Mongolia were Buddhist monks. Buddhism grew hugely in popularity from the 16th century when it was first introduced. Today, you can still visit many Buddhist sites in Mongolia that survived the purge of the 1930s.

Our favourite spot is found at Ongiin, where you can explore the remains of two large monasteries that once sat on opposite sides of the river from each other. Today there is just one working temple and a few monks left at Ongiin, but the complex once boasted seventeen temples and over a hundred monks. You can still walk among the remnants of this fascinating site and imagine what it must have been like as a bustling area at the height of Buddhism’s popularity. 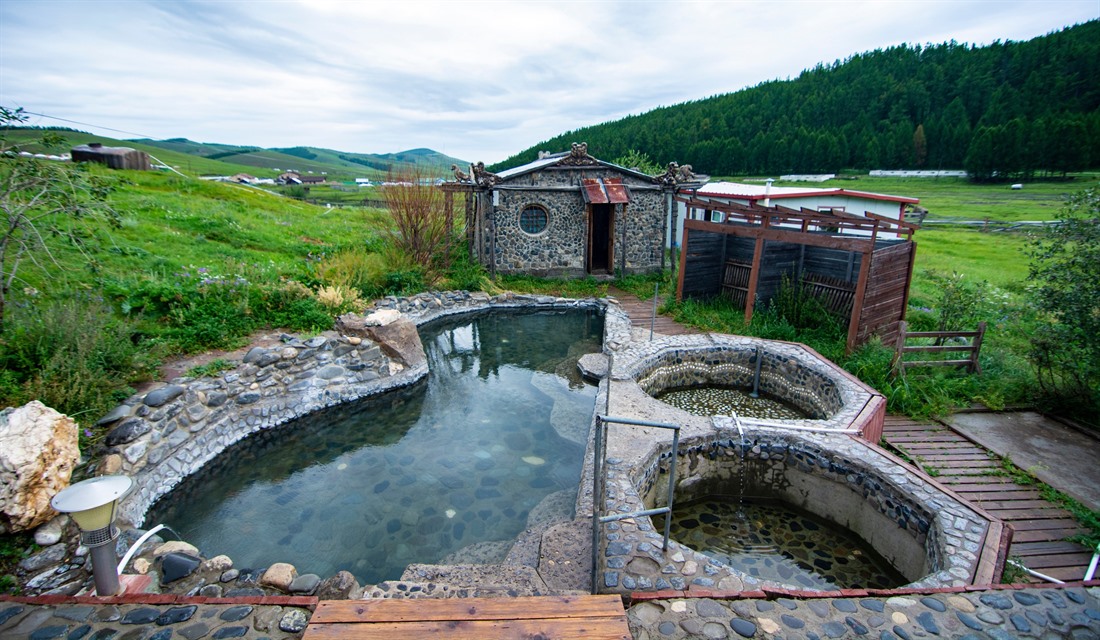 5. Soak in the hot springs in Tsenkher Valley

The Tsenkher Valley is a startlingly green part of Mongolia, its alpine landscape dotted with furry yaks. The ubiquitous Mongolian horse is found in abundance among the ger camps in the valley, and a horse ride is a great way to explore the lush fields and steep mountains of the area.

After trekking or riding in the Valley, nothing feels better than washing the tiredness and sweat away in the natural hot springs that push up through the ground. The Valley is cold enough that the hot springs are a real treat, and this is one of our favourite activities to be found in the whole of Mongolia.

Click here to explore our collection of Mongolia holidays