Greenland - on the top of the world

The Siberian people of 10,000 years ago must have really believed that the ice was whiter on the other side. Seemingly not content with eking out a meagre existence on the barren tundra, they crossed the Bering Strait into Alaska, and, over time, progressed across the North American continent to reach Greenland. One wonders whether, had they had access to Google Earth back then, they would have embarked on the same journey. Sitting aloof at the top of the world, Greenland appears as a vast expanse of brilliant white in a world full of green, blue and brown. Beautiful it may be, but it seems like the most unlikely of places for anyone to consider putting down roots. Yet the Inuit are still there today, inhabiting the necklace of settlements strung out around the island’s rugged coastline, and still using the inventions of their forefathers: the kayak, the harpoon and the dog sled. It is perhaps one of the most visible examples of man’s ability to adapt to his surroundings, anywhere on the planet. 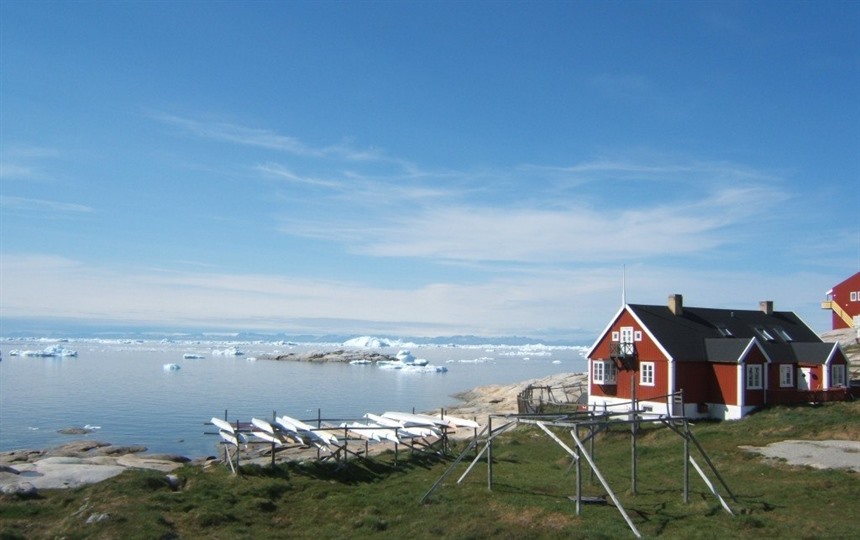 My first glimpse of Greenland, as the plane approached Narsarsuaq, was far from one of a harsh or foreboding landscape. Descending between the sheer sides of a lush fjord, towards a small settlement of brightly coloured houses, it seemed that those early Inuit migrants had been on to a good thing. With a few hours to spare before my onward boat transfer to Qaqortoq, I excitedly scrambled up Signal Hill to enjoy the superb panorama over the town and fjord, pinching myself as I went to remind myself that I was really in Greenland. It was a balmy June afternoon, with temperatures in the early 20s and the sun beating down. It was far from the stereotypical image of Greenland, and even the ubiquitous mosquitoes couldn’t dampen my enthusiasm. 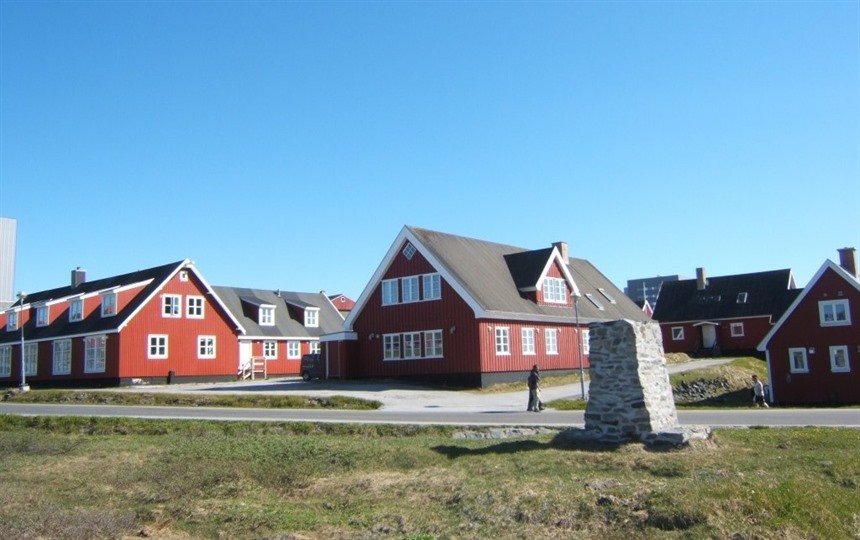 First impressions aside, the reality is that Greenland is one of the most extreme inhabited places on earth. In an island stretching over 1,500 miles from north to south, the longest road is only around 10 miles, and the only way to get between settlements is by boat, air, or – in winter – dog sled. As far as mass transportation is concerned, the weekly ferry along the west coast between Qaqortoq and Ilulissat – operational for just three months of the year – is less a means of getting from A to B, and more an absolute lifeline to the settlements along the route. As I prepared to board the ferry in Qaqortoq at 7 o’clock on a Thursday morning, it seemed that the whole town had come to see us off. Departing from the picturesque harbour, tearful onlookers back on shore waved farewell to their loved ones, while those in cars tooted their horns. Yet for all the sad goodbyes, our arrival into each subsequent port produced tears of happiness in equal measure, as people became reunited again. 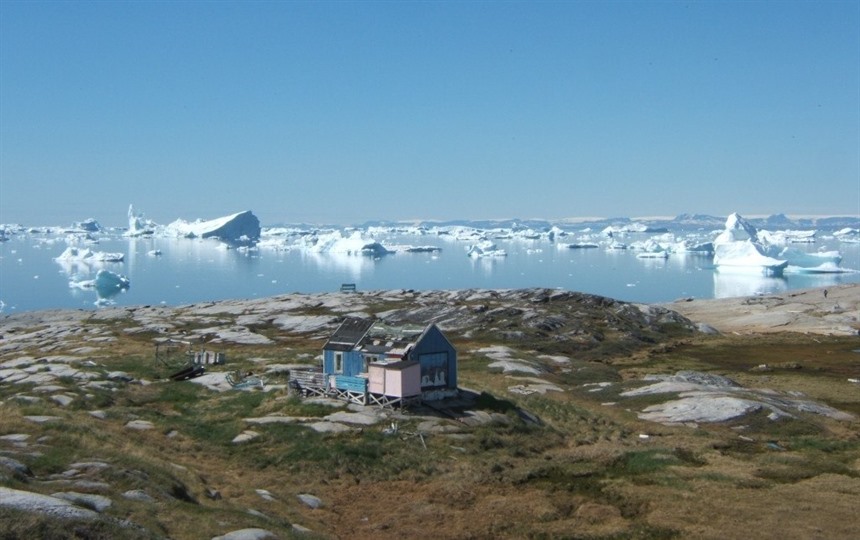 For me, there was no real purpose for my trip; I was travelling more for the journey than the final destination. Sailing north from Qaqortoq, my feelings were a mixture of excitement at the journey ahead, and anxiety at the thought of spending three whole days aboard a ferry. It seemed like an eternity, and I wondered how I’d pass the time. The main attraction, of course, is the scenery. Reading about the scale of Greenland’s ice cap – the second largest on earth after Antarctica – it seemed almost impossible to comprehend. Apparently it covers 1.5 million square km, is 3,000 metres deep and comprises four million cubic km of ice – equivalent to an astonishing one billion litres of water for every person on earth. Yet, after sailing for an hour, there was a problem: there was no ice to be seen. Was this an alarming reminder of the effects of climate change? 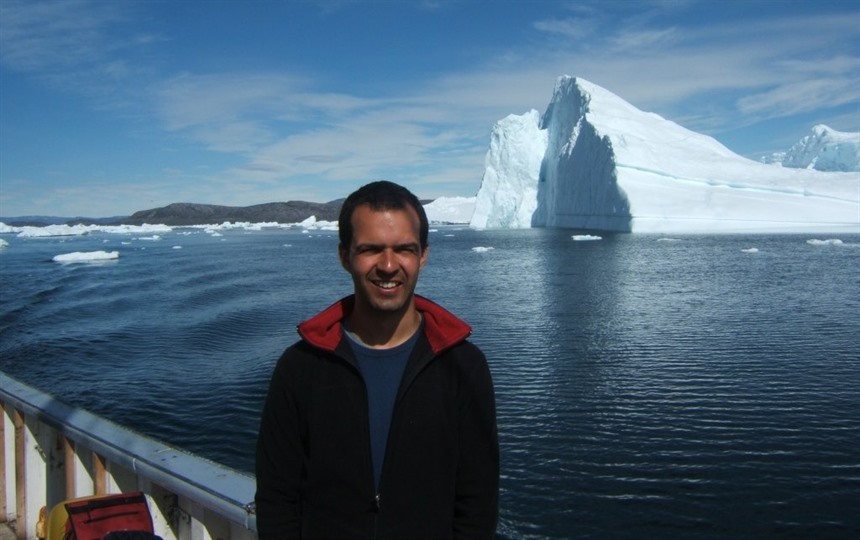 The views, however, were continuously incredible. Never in my life has it been so easy to pass so much time doing so little. Often, I’d see scenery which ranked amongst the best I’d ever seen, only for it to be surpassed just an hour later. As we progressed northwards, the scenery became more rugged and less agricultural, and finally we passed the mouth of a fjord beyond which lay the briefest and most tantalising first glimpse of the mighty ice cap rising above the concave basin which shelters Greenland’s interior. It was a window on a frozen planet, and it was absolutely breathtaking. 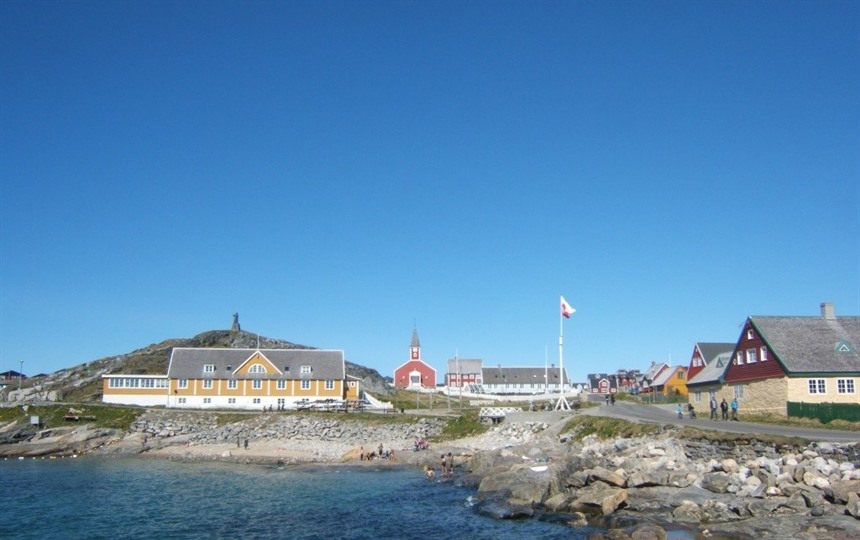 Time passed quickly, with the journey interspersed with regular stops at small towns and villages, usually allowing enough time to disembark and have a wander round. On board the ferry, the café and TV lounge offered the only distractions, but really the views from up on deck offered by far the greatest enjoyment of the trip. On the third day, we arrived into Ilulissat surrounded by fishing boats and icebergs the size of skyscrapers. I had reached the top of the world – which pretty much sums up how I felt having experienced the journey of a lifetime. 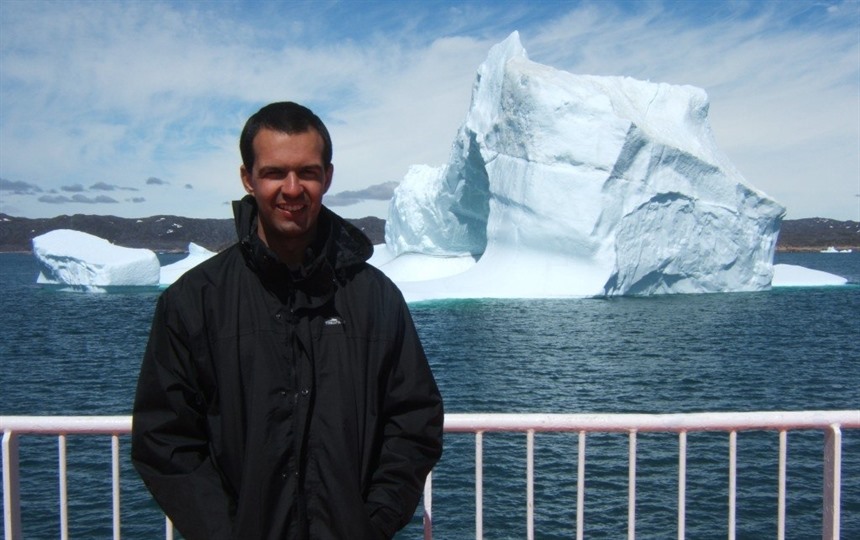 Click to explore our full range of Greenland holidays