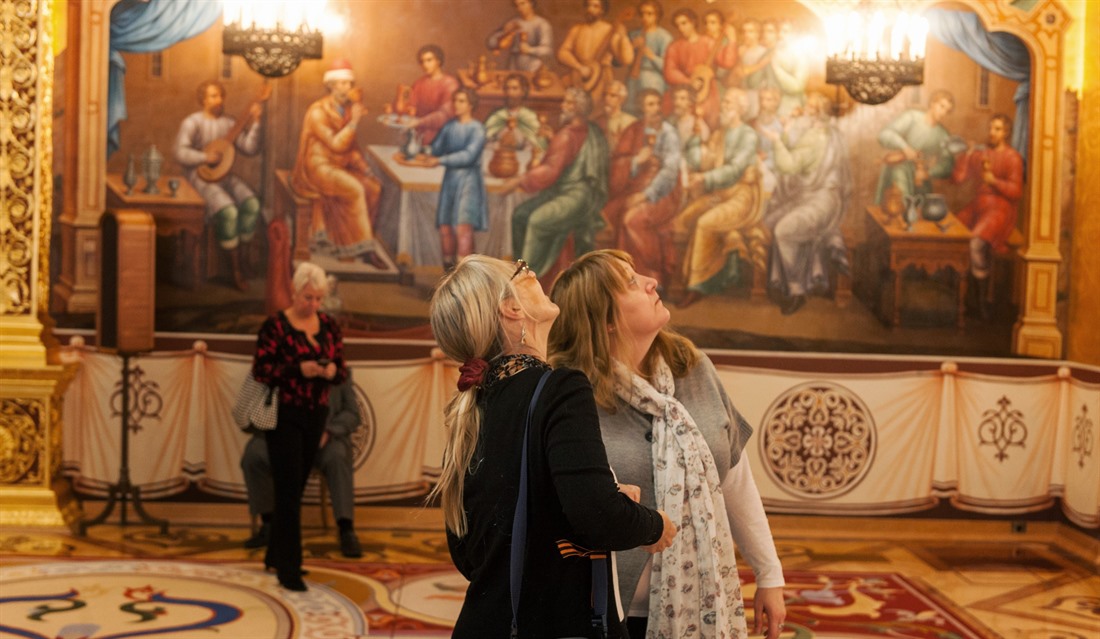 Approaching Moscow’s Kremlin was a magnificent sight. Even under a cloudy, threatening sky, the gold-covered cupolas of the cathedrals and bell towers in the grounds still seemed to shine and sparkle.

The palace has been changed and extended over the centuries, but within the green, white and gold exterior of Konstantin Ton’s creation you’ll still find some of the original Terem Palace dating from the late 15th century. 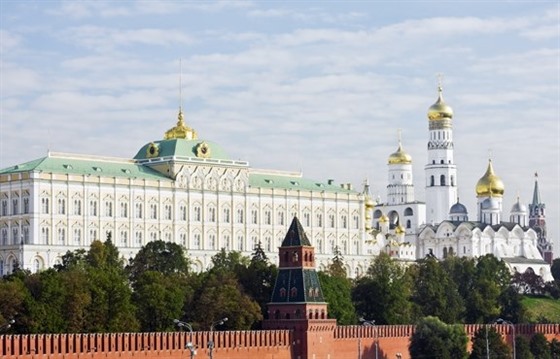 Our guide explained the protocol for entering the Kremlin and into the Palace itself – strict security is in place and our passports were checked against our entrance tickets. The exterior of The Grand Kremlin Palace is undoubtedly beautiful, but wait until you ascend the seemingly modest stairs and down into the large state rooms, dining halls and official state rooms of this extravagant building. 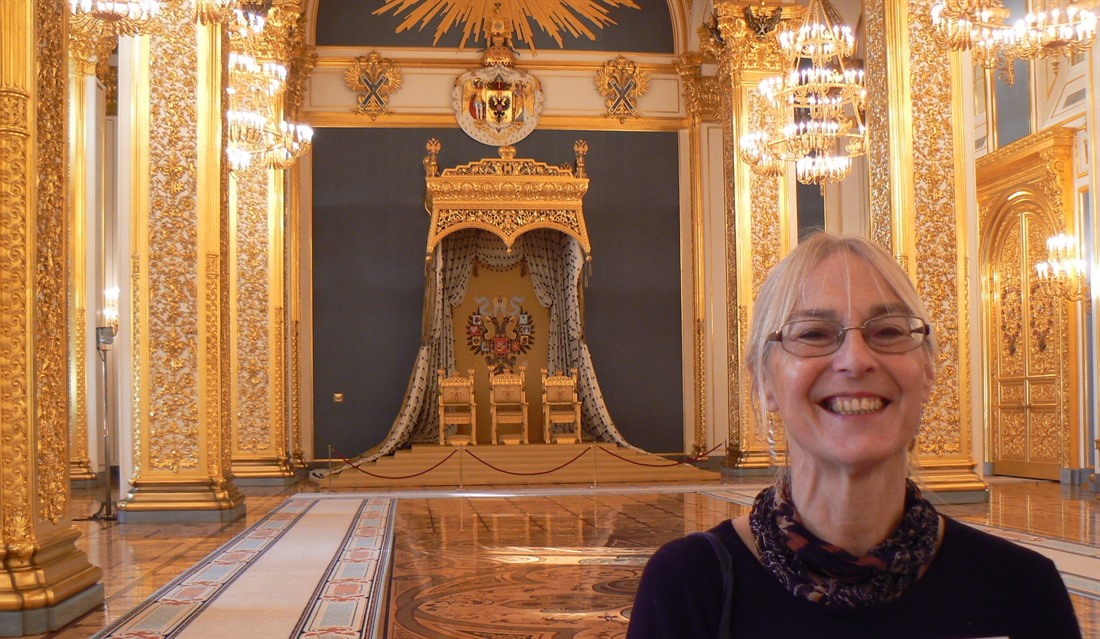 Christina inside the palace

Walking up a worn stone staircase, we entered a series of small 15th century wood-clad rooms with colourful stained glass windows. The Tsars’ private sleeping quarters, reception rooms and chapels were warm, cosy even. As we entered the old chambers, we were hit with the smell of the wood stoves burning scented logs from the underground furnaces – kept alight to keep the original structure in the same atmosphere for hundreds of years. 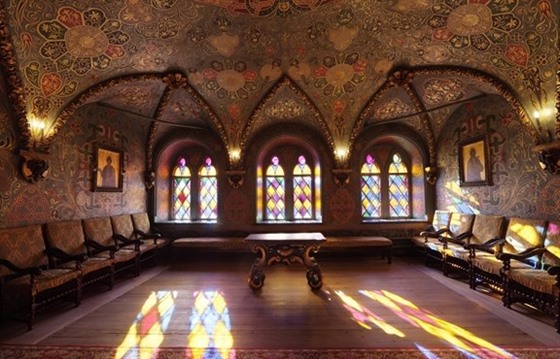 We walked from room to room marvelling at the ornate ceilings, incredible frescos, statues looking down from tall columns and paintings of leaders from Russia’s deep and fascinating past. When the tour was over, my mind buzzed with snippets of history that our guide  – actually a lecturer in Historical Architecture – had revealed about Russia through the incredible treasures of the Grand Kremlin Palace.