In the search for wild polar bear sightings, Emma Brown sets sail aboard the Arctic Cruise expedition ship, the M/V Ortelius, on an incredible journey around Svalbard’s wild westerly coast.

At Regent, some of our most pioneering trips take place aboard epic, expedition-grade cruise vessels, with hulls reinforced to withstand pack ice and crews adept at negotiating iceberg-strewn waters around Greenland, Norway, Svalbard and the high Arctic.

Joining one of these Arctic cruises for a voyage around Svalbard, Norway’s far-flung northern archipelago, is something I’ve always, always, wanted to do. Though remote and inaccessible in winter, during the summer months, the pack ice breaks up enough that ships can journey around the northern islands and skirt around shores patrolled by wild polar bears, searching for seal holes in which to hunt. 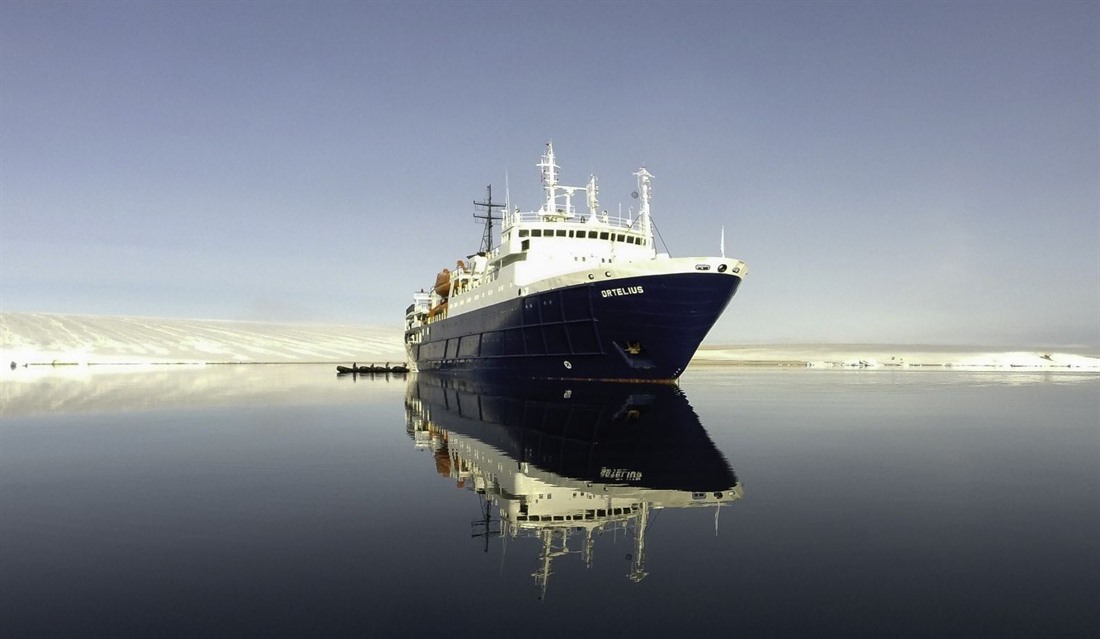 After a flight to Longyearbyen, the capital of Svalbard, via Oslo, I boarded the M/V Ortelius and we set off north to follow the western coast of Spitsbergen and find the point where the edges of the pack ice greet the archipelago. I travelled at the end of May on the first voyage of the season, so when my colleague Helen travelled on a similar trip just a few weeks later, her ship was able to travel further north as the ice had melted with the warmer June sun. The summer season is very short though, with pack ice re-freezing in late August, making explorations here a rare and incredible experience.

This pristine environment is a wildlife-lover’s haven. Sea birds migrate to the nesting cliffs here in their thousands, eyed eagerly by the local populations of Arctic fox, whilst offshore blue, humpback and beluga whales glide gently through the freezing waters, following the fish stocks further north as the summer temperatures rise. But for me, it’s the polar bears that kept me enraptured. 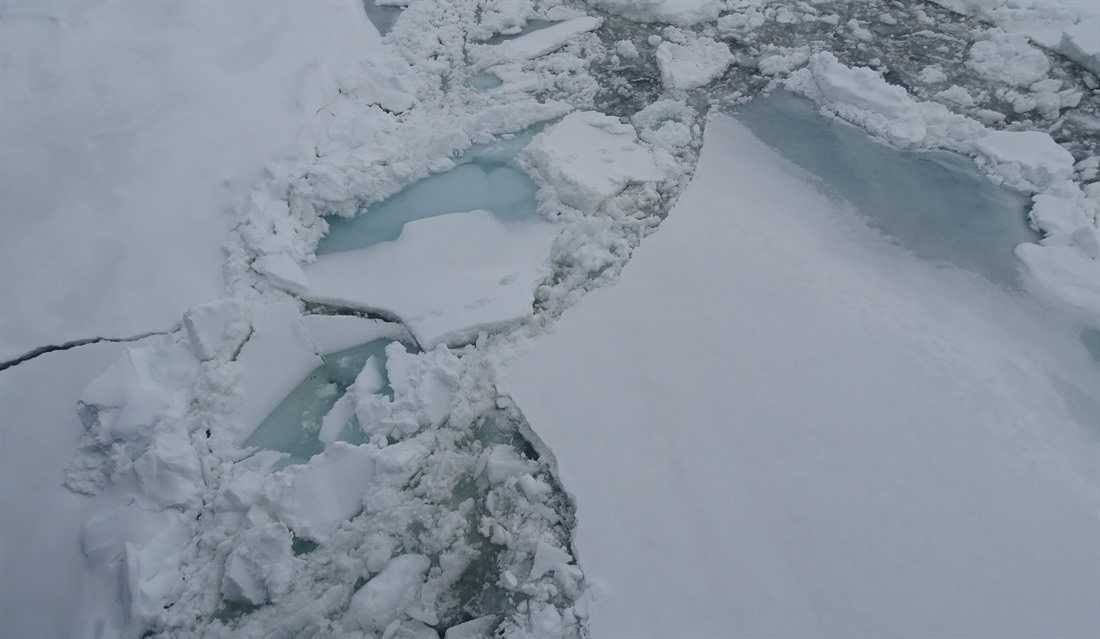 Spot the polar bear footprints in the snow!

As the boat crunched through the gleaming white pack ice, I gazed over the side of the deck to see polar bear prints covering in the ice we had just cracked, hoping it wouldn’t be long before my first sighting. We were unlucky with foggy weather for the first few days, but by our fourth day the skies cleared and, after lunch on board, we spotted a mother and two cubs about a mile away. They seemed curious, heading in the direction of the ship until the mother spotted a seal hole and changed her course. After a spending a while watching, we gently moved on and left them to it.

That’s one of the best things about Arctic cruises; they’re carefully managed to conserve the wildlife. There are plenty of ships in the waters nearby, but on our 12-day journey we only saw one other– each vessel is in communication and keeps their distance from one another, so as not to disturb or overcrowd the bears. These journeys are platforms for observation, not interaction, after all.

It’s astoundingly silent, too. No planes fly overhead this far north, there are no bustling towns or cars, and the air is the freshest I’ve ever experienced. Though their numbers have dwindled, bears still outnumber people by a long way. 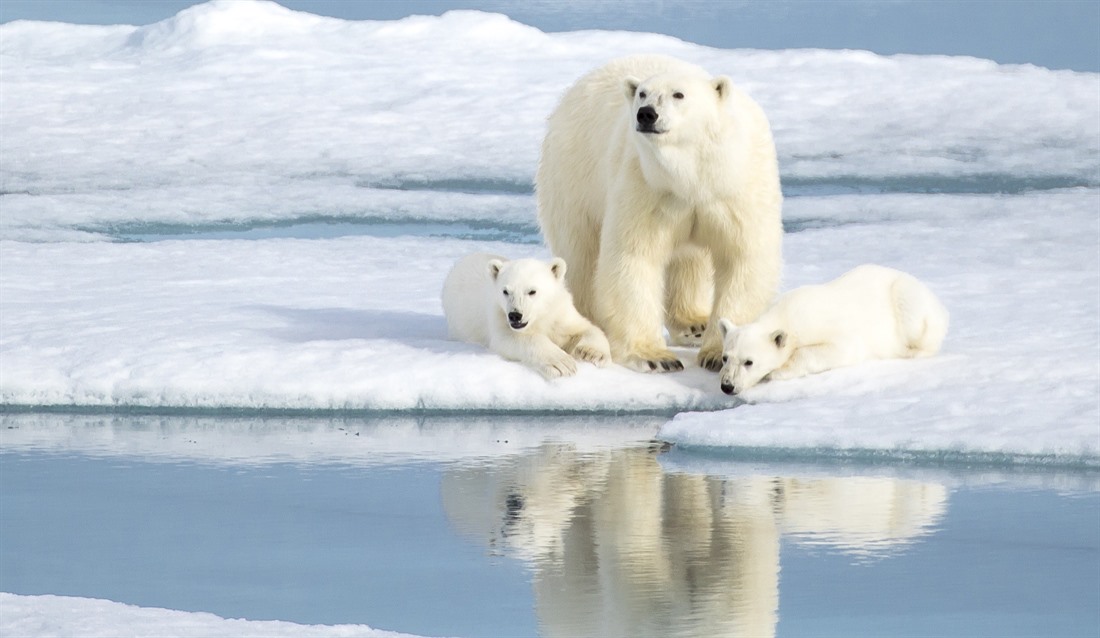 Two days later, we spotted a male and female polar bear courting. Every journey has an expedition team, amongst whom you’ll have biologists, photographers, geographers and so on, each on hand to ensure you make the most of the environment you’re in and learn about the surrounding nature. As we watched the female flirting from just offshore, one of our guides was ecstatic – he’d never seen this behaviour here before. It was late in the breeding season, and I realised how privileged we were to be experiencing a sight that few other humans ever get to witness. This is the stuff that BBC documentaries are made of!

Not all your time is spent on board, though. Expeditions are equipped with smaller Zodiac RIB boats which are used for ‘landings’ – off-boat excursions and trips to the mainland – so that you can give your sea legs a break and embark on your own adventures. Hikes can take you up around immense glaciers, the Zodiacs can cruise closer to cliffs filled with birds or giant walruses sunning themselves on rocky outcrops, and you can even take sea kayaks out for a paddle through the iceberg-strewn fjords. 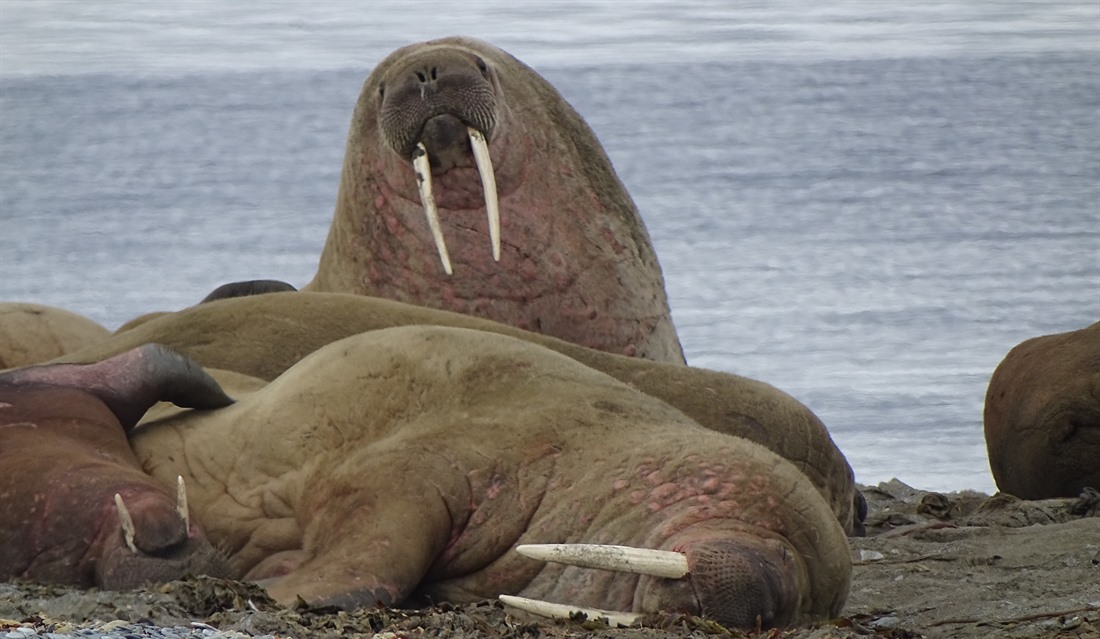 The M/V Ortelius is a fantastic Ice Class vessel, with a range of cabin classes available. It is by no means basic, but of the ships in operation, it is a fairly standard model. Compared to some vessels, this can offer the perfect no-frills option for more budget-conscious travellers looking to maximise their wildlife-viewing experiences without paying for all the bells and whistles. Those looking for a truly incredible, five-star expedition however, should look no further than the M/V Sea Sprit. This impressive beast enjoyed life as a Russian nuclear icebreaker ship before being turned into a plush, cruising ship powerful enough to lead expeditions to the North Pole, but comfortable enough to well deserve its ‘luxury’ status.

No matter how you choose to embark on an Arctic exploration, one thing is for sure: here you’ll understand the meanings of total escapism and pure wonder. The realisation that there are so few people further north in the world than you are at that exact moment, and the feeling that you’re seeing landscapes and wildlife that others rarely get the chance to – that’s the charm of the Arctic.

Click here to explore our full range of Arctic Cruises