After spending a few days exploring the Faroe Islands with Regent Holidays, Sam Curry shares ten of his top photos and memories of his trip.

Whilst we were planning our trip to Iceland and scrolling through Google Maps, my wife and I noticed a group of small green dots about halfway across the ocean between Scotland and Iceland, we zoomed in to find the Faroe Islands! The Faroe Islands make up a small archipelago that forms part of Denmark, most of the Islands are connected by roads or ferries and driving through the country you get a real feeling of isolation, almost as if you are on the edge of the world. 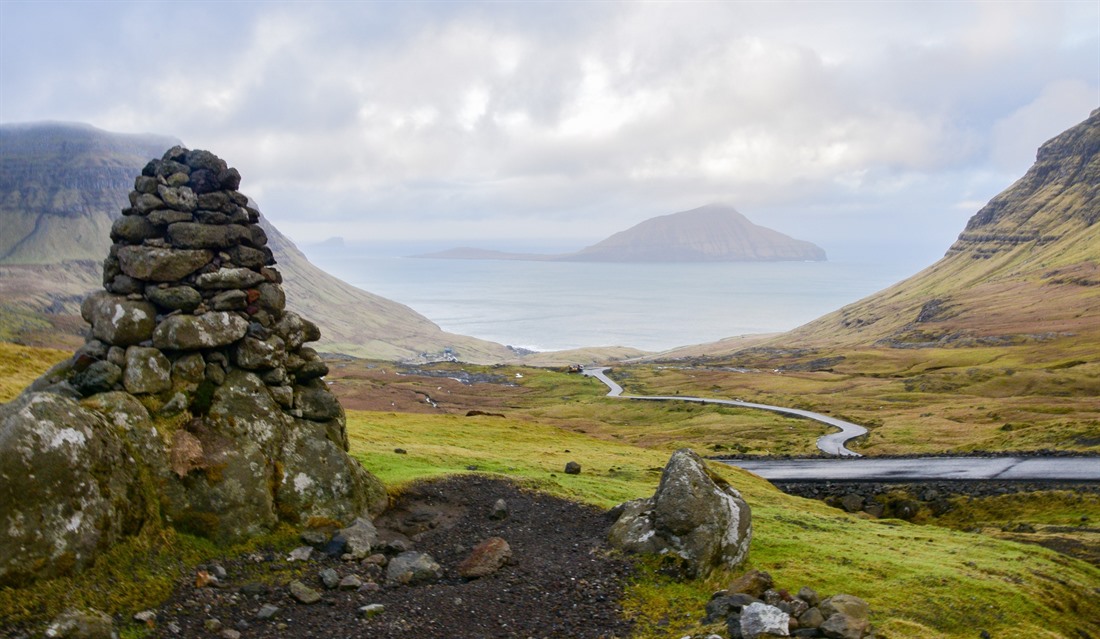 From Torshavn, head north across the mountain along route 50 and then route 10 for a few miles and you will find the road to Norðradalur, this picture is taken from the top of the road to the village and on a nice day is a must visit. Norðradalur is so small that in 2002 the village had a population of just 18 people!

Saksun is a famous little village, located at the end of an extremely narrow road that seems to go on forever, this small homestead has an inlet from the Atlantic that comes right up to the village and streaming waterfalls cascading down the mountains that surround each side of it. Nearly all of the buildings are built from stone or timber and have a traditional Faroese grass roof. We also experienced some traditional Faroese weather here with absolutely driving rain and wind so strong it was whipping up water from the Ocean inlet and dropping the whole lot on us! 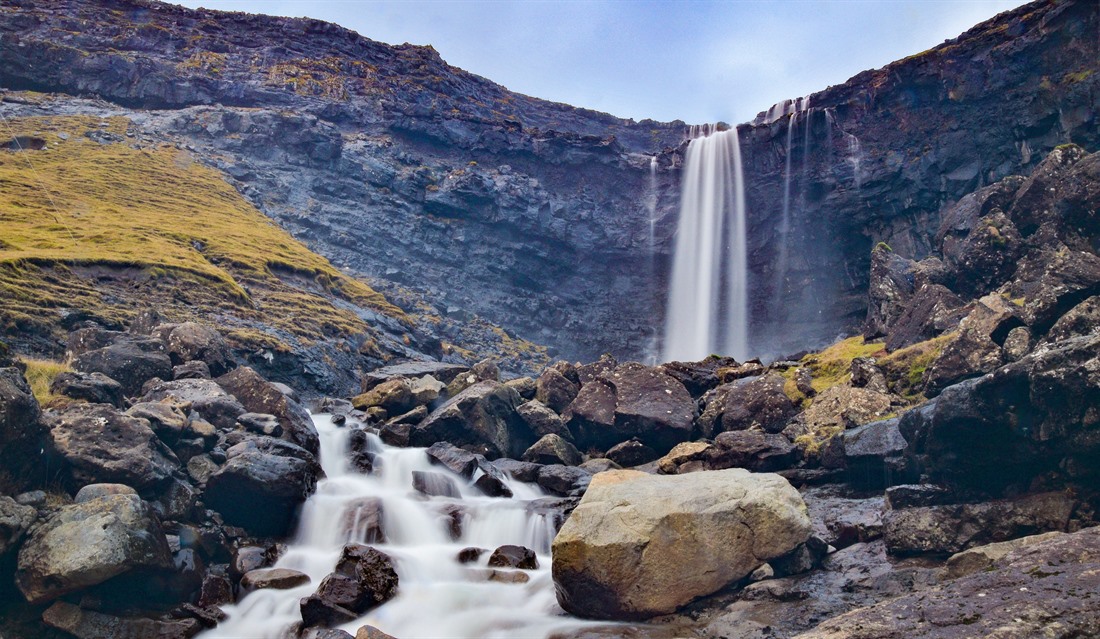 Fossa is the largest waterfall in the Faroes, and lies on route 594 on the eastern cost of Streymoy, this is just the lower cascade which is approximately 30 metres and the larger top cascade is around 120 metres high. We ended up getting here on what was a terrible day for the weather, for the time we were at the falls though the skies cleared and the sun brightened everything up for a few minutes. 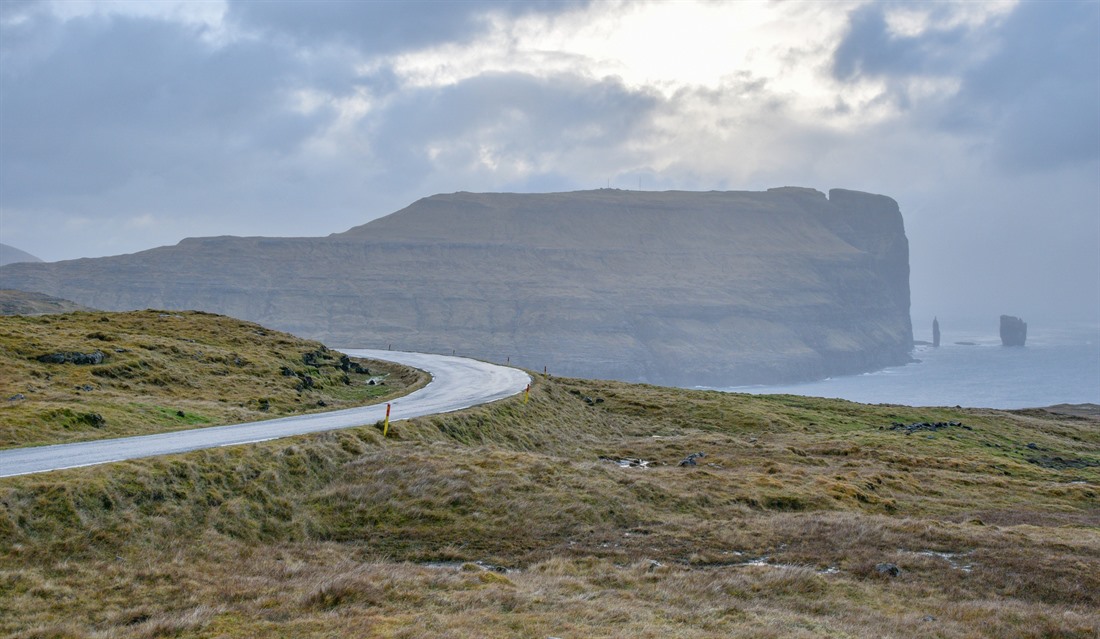 Route from Eiði to Gjogv, Eysturoy

On the same windy day we visited Saksun we also made the drive from Eiði to Gjogv, we also found out that if you see a sign that you think says road closed then it probably does, the weather during this drive was nothing short of horrific, we got out of the car to grab this shot and very nearly got blown over by the wind. In the background you can see Risin and Kellingin the two rocky stacks rising up out of the sea, Faroese legend has it that the Icelandic Giants envied the Faroe Islands beauty and decided they would tie a heavy rope around the Islands and take them back to Iceland with them, when they tried to move the islands a part of the Eiðiskollur mountain broke off but the base would not move; they continued to try but failed and lost track of time, once the sun rose and the light hit them they immediately turned to stone and stand in the same place to this day. 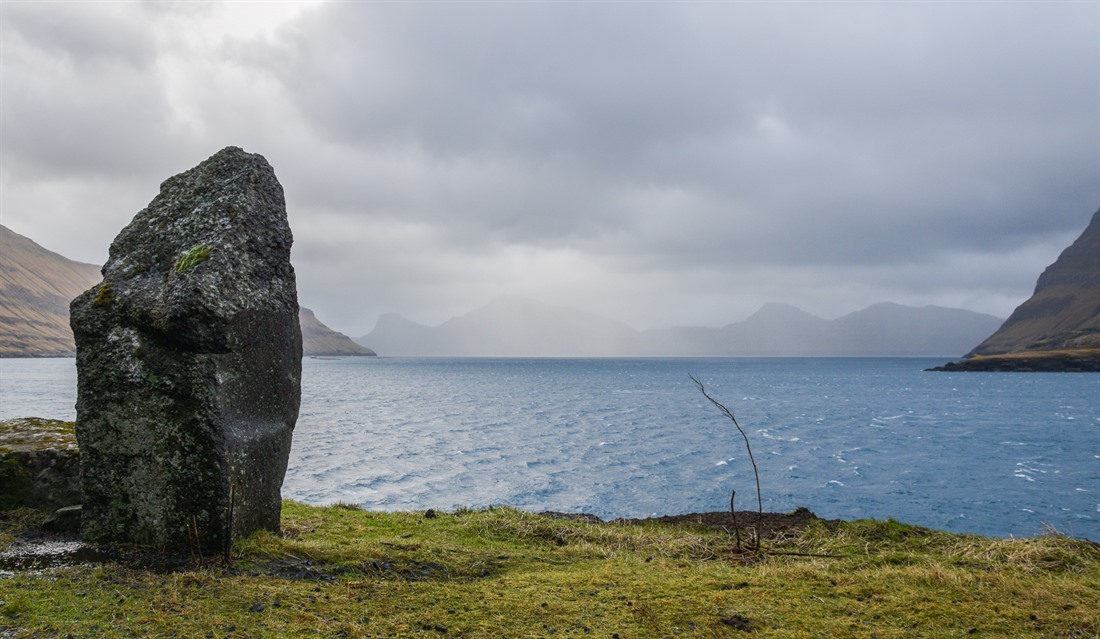 This Beautiful little spot is ideal for a quick picnic, we stopped here after the hair-raising drive from Eiði to Gjogv and just watched the world go by, a few cars will flash by you here but if you turn 180⁰ from this view there is also a small waterfall which makes this an even more special place. 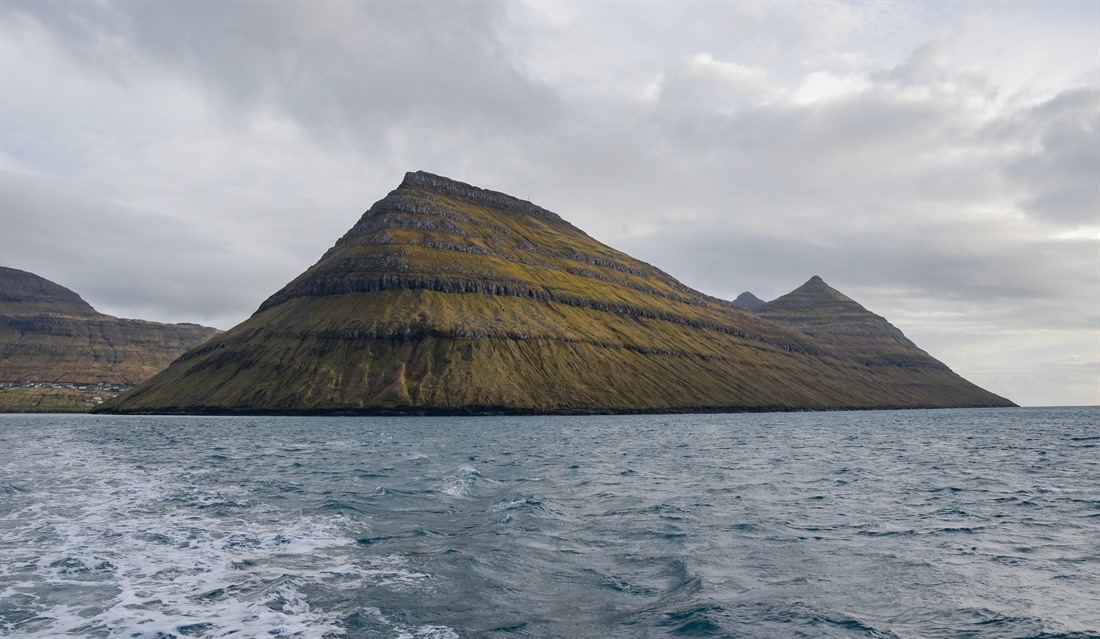 The Ferry to Kalsoy!

The transport links around the Islands are fantastic, including the ferries which run regularly and are very reasonably priced. We used the ferry to get from Klaskvik to Kalsoy, this is the view from the boat back towards Klaksvik which sits on the other side of the closest mountain. 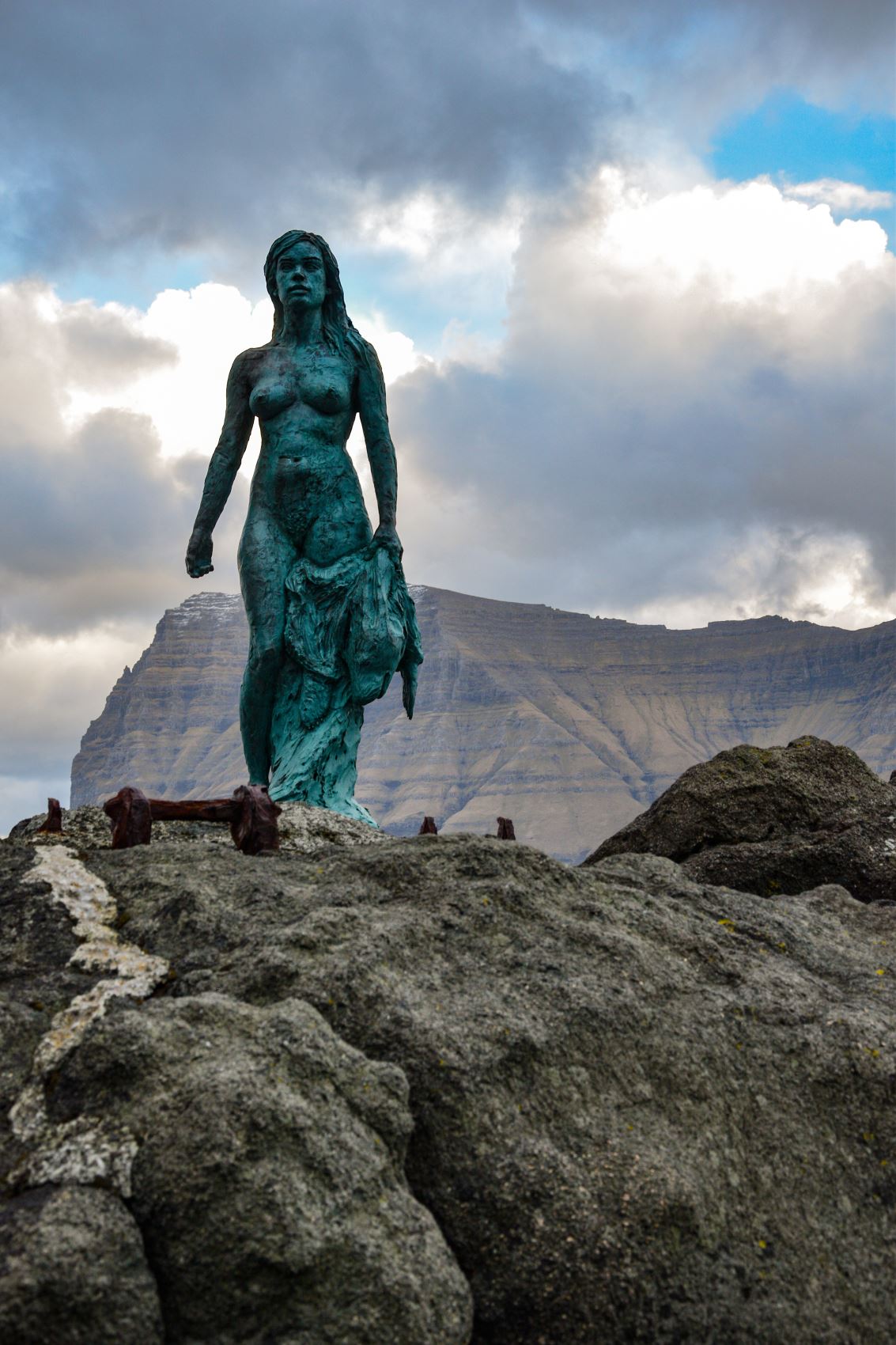 Once on Kalsoy, we made our way to Mikladalur famed for the legend of Kópakonan (the Seal Woman) in which it is believed that seals were people who sought to die in the Ocean but would be allowed once a year on the thirteenth night to come on land and strip off their seal skin and behave as human beings do by dancing and having fun. One 'thirteenth' night a young farmer stole the skin of a young female whilst she was enjoying herself and made the girl stay with him for many years keeping her seal skin locked away. The girl one day escaped with her skin and fled back to the Ocean where her true love was waiting.

Years later a group of men from the town were going into the local caverns hunting seals and the Seal Woman appeared to the man who had held her captive in a dream warning him not to harm her seal family. The man ignored the dream and the group of hunters killed all the seals they could; that evening, once the seal meat had been cooked, a loud noise filled the smoke room where the hunters sat and the Seal Woman appeared in the form of a troll, she cursed the men and the island until the day enough men had died that they could all link hands and surround the shore of Kalsoy. 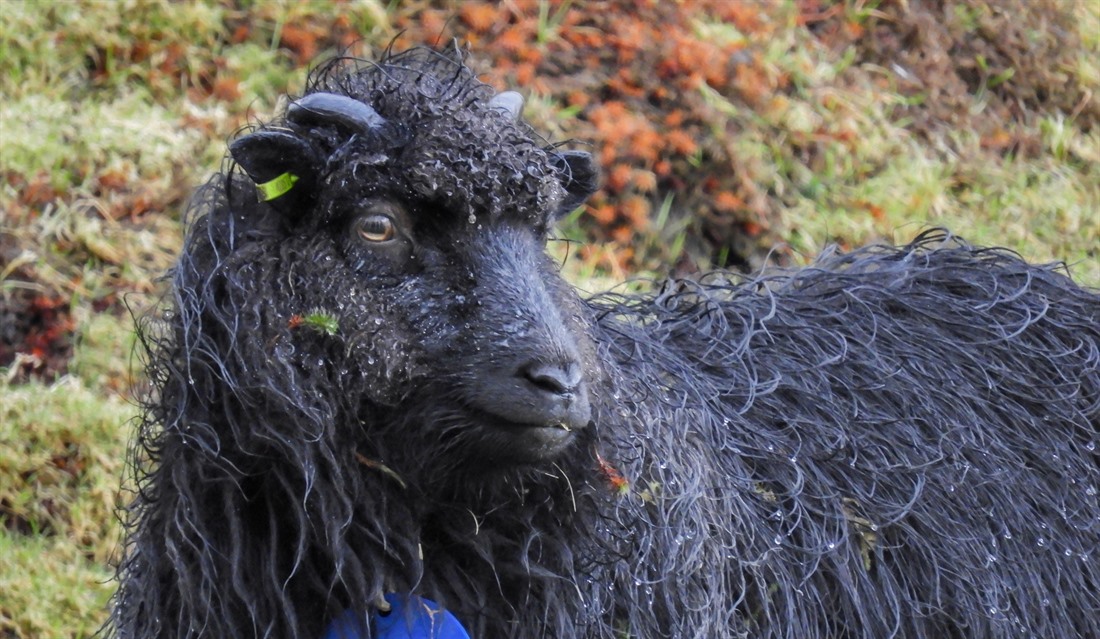 After a few hours exploring Kalsoy we had to make our way back to the Ferry landing stage, The islands are famous for their wool products and there are sheep nearly everywhere you look; whilst we were driving back we emerged from one of the many tunnels and slowed down to take in the view. As we came to a stop, dozens of sheep ran towards our hire car, more and more crowding around us every second, by the end we had about 100 sheep surrounding us. My wife and I looked at each other half laughing, half thinking we might be about to die a sheepy death. I honked the horn of the car and the sheep ran away – then as if they were on elastic they ran straight back towards us again, all the horn had done was attract more sheep thinking they were about to be fed. In the end, we had to keep the horn on and slowly move forward until no sheep were in front of us at which point I drove off as quickly as I could – sheep still chasing behind me! 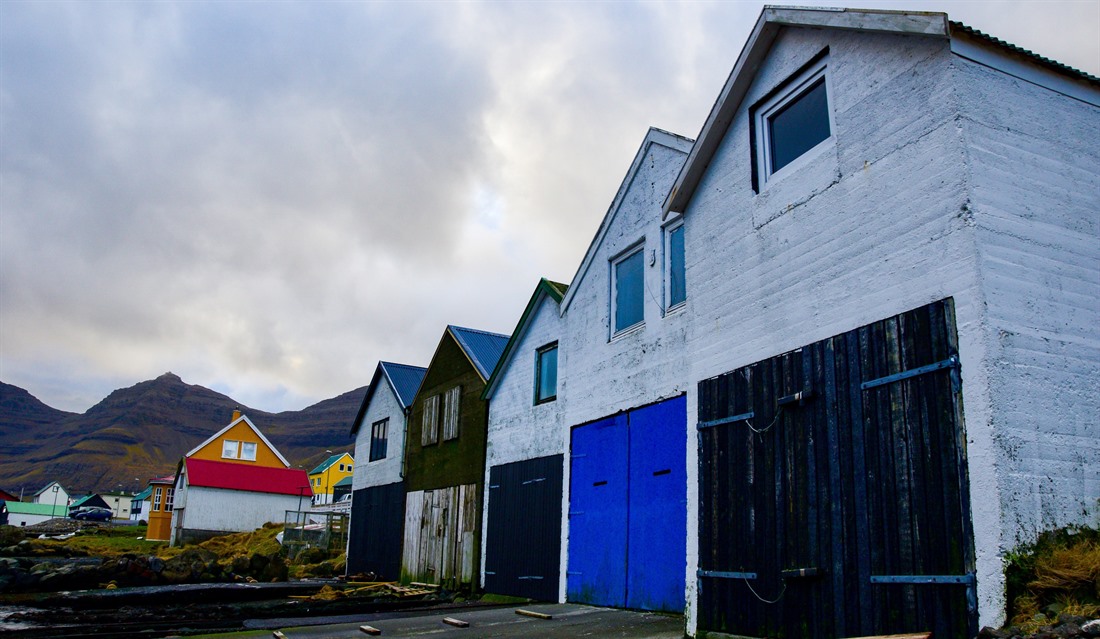 Norddepil is a small village in the North-East of Borðoy; whilst driving through the village we noticed the quay and beach and thought we would explore a little we found these colourful boat sheds on the front and loved that even in the far reaches of the Islands some of the colourful and vibrant Faroese personality still comes through. 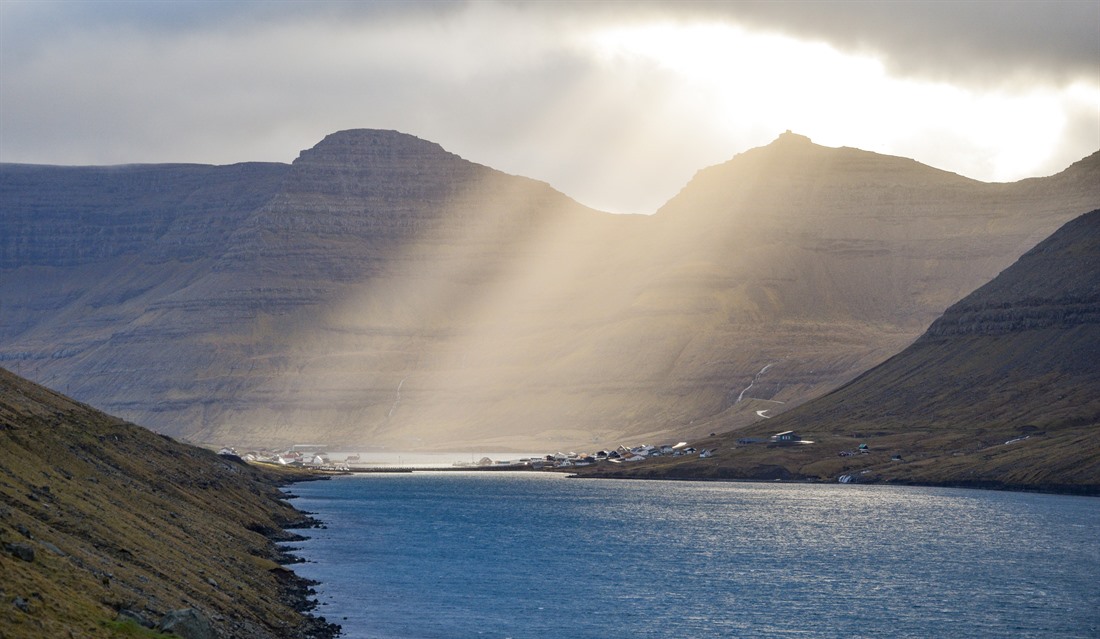 Whilst in the Faroes we tried to get around the Islands as much as we can, on the final day we managed to get all the way to Viðoy, as far as you can get in a car, this picture is taken back down towards the towns of Hvannasund on the Viðoy(near) and  Norddepil on the Borðoy (far) side with the sun shining down on both communities. 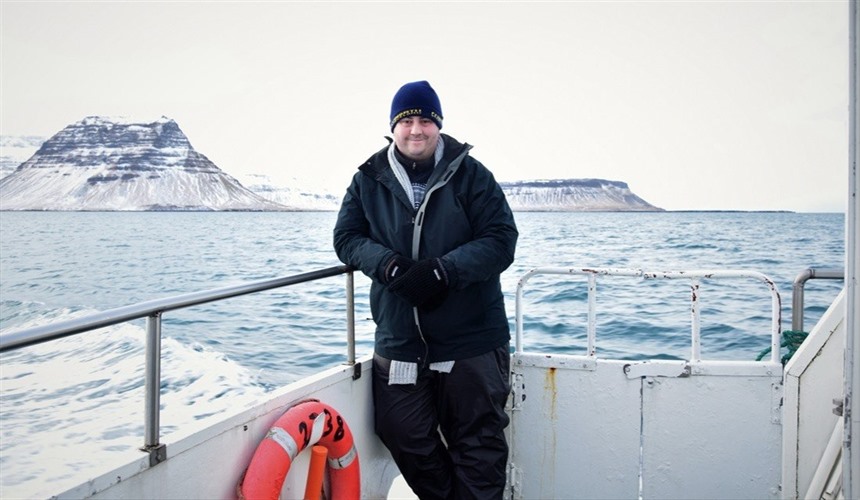 Behind the lens: Sam

Sam is 29 and lives in Suffolk with his wife and 3 dogs. During the week, Sam operates oil tankers for a living and travels with his wife, Laura, whenever he can, heading wherever they can with whatever they've managed to save up since the last one, whether that be a weekend in Austria or a 10-night Scandinavian break. Sam shoots with a Nikon D3300 DSLR.

You can see more of Sam's photos on Instagram: @samcurry89