...and we don’t mean the five Arctic littoral states of Canada, Denmark, Norway, Russia, and the USA but the five amazing arctic experiences possible on a holiday to Greenland! 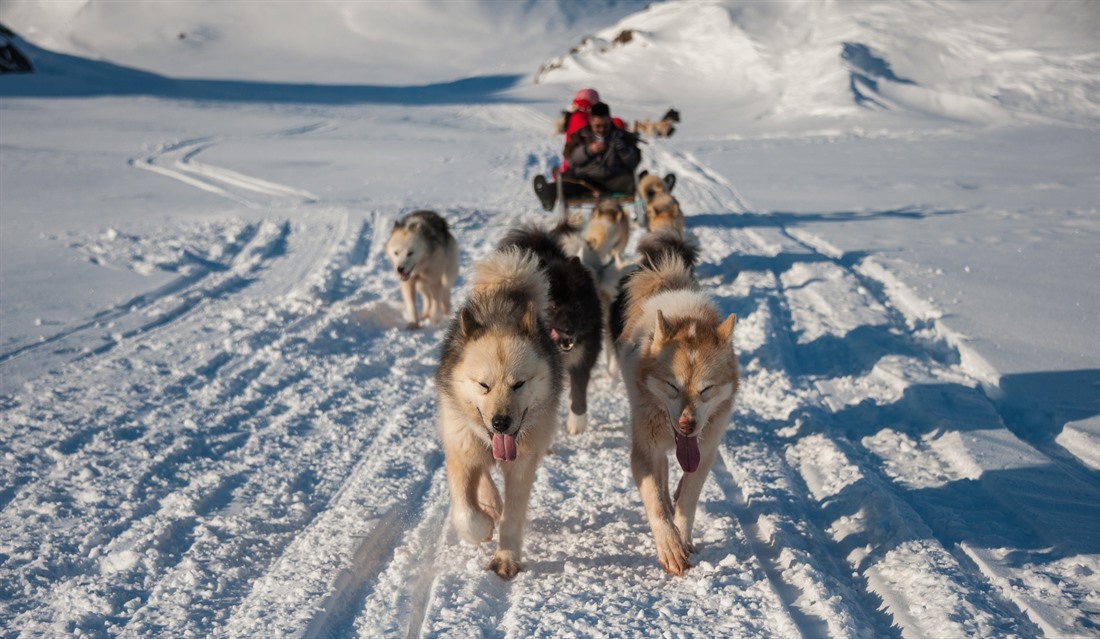 Dog sledding was for many years the only method of transportation during winter in Greenland and today dog sledding is still an important part of winter life in Greenland. In simple terms dog sledding is a sledge (or sled, or sleigh) that is pulled by one or more sled dogs but there is more to it than this. A special breed of Greenland dogs are bred to pull and work in icy Greenlandic conditions. The dog pack is led by a leader, who drives the pace and motivates the other dogs to follow him.  Greenland dogs are traditionally admired because of their sturdiness. They are well-insulated animals who do not travel fast, but can endure strenuous and exhausting journeys through impossible arctic conditions. The person in charge of the dogs is called a musher.  Travellers to Greenland can take one hour dog sledding tours, mini dog sledding expeditions or simply visit and help feed a pack of dogs. 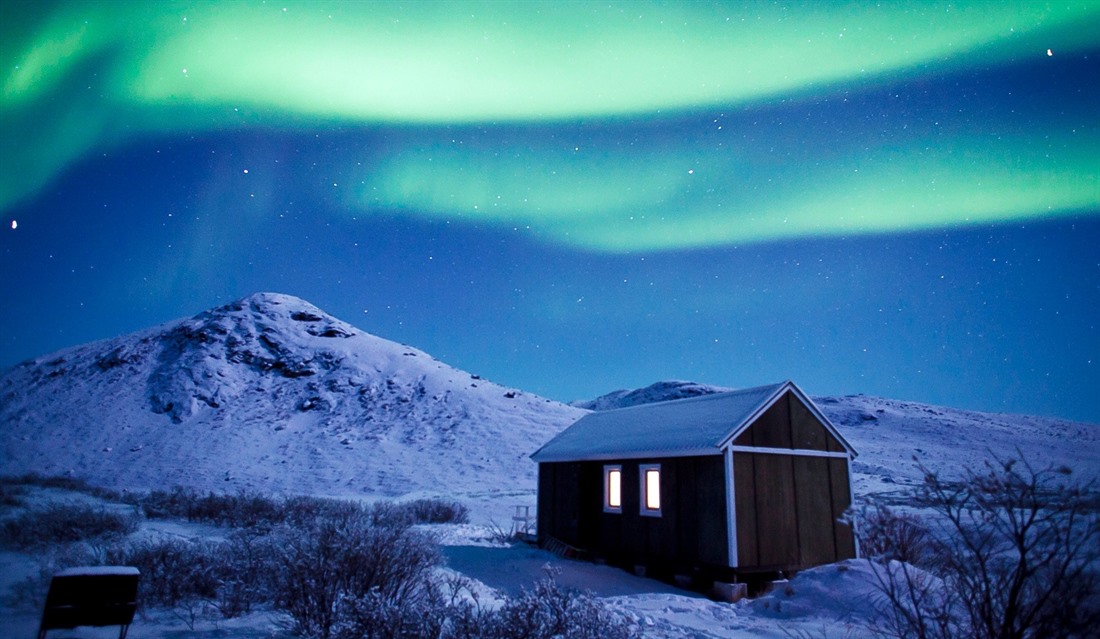 The Northern Lights are created by electrically charged particles from the sun. The particles come into the earth's atmosphere and are conducted through magnetic field lines. Light occurs when the particles meet molecules. The Northern Lights in Greenland may be seen all year round in a dark, clear night sky and they are at their most visible in the autumn and winter. 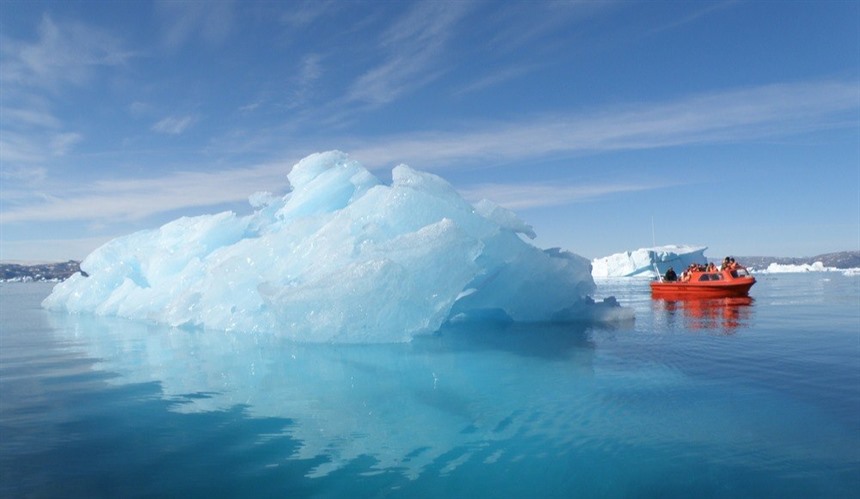 Ice is almost synonymous with Greenland and there are two main sights that must be included on any holiday to Greenland – the Inland Ice cap and the Ilulissat Icefjord.

The Ice Cap in Greenland stretches 2,400km from north to south and is over 1,100km wide. The Ice Cap covers 80% of Greenland with the highest point being 3,238 metres above sea level and the thickest part of the sheet more than 3,500 metres.  The easiest way to see the Greenland Icecap is from Kangerlussuaq, the main gateway to Greenland. Here travel by special vehicle on the very popular Ice Cap excursion, driving through arctic landscapes, past glacial lakes and wild tundra for 30km until you reach the Ice Cap. Take an easy walk upon the Ice Cap or a more challenging hike complete with crampons. It is truly an unbelievable sight to see a vast ocean of undulating ice glinting blue and turquoise in the winter or summer sun.

Ilulissat actually means iceberg in Greenlandic and the town is beautifully situated at the mouth of the almost 60km long ice fjord, filled with enormous icebergs from the most productive glacier in the northern hemisphere, Sermeq Kujalleq. Every day the glacier calves about 100 million tons of ice in fantastic shapes and colours that take their last journey to the river opening out towards the sea. Take trips out by boat, helicopter or even stay overnight near the glacier and awake to the roar and crash as ice falls away into the sea. 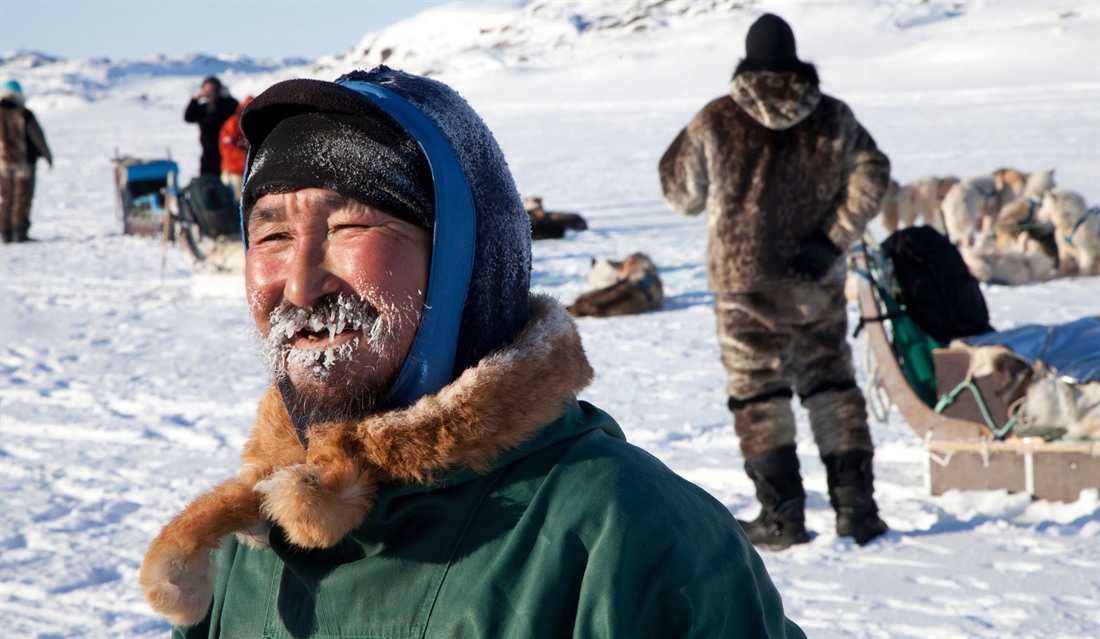 Greenland has a long history of pioneering people from Inuit to Vikings, explorers, traders, missionaries and workers. As about 80% of Greenland is permanently covered by ice, many towns and settlements are physically isolated. Therefore Greenlanders have a close relationship with nature and for thousands of years nature's power has challenged and formed the foundation for the people of Greenland and shaped their pioneering spirit.
In some settlements in Greenland it is possible to book an excursion to a local family’s home for what Greenlanders call "kaffemik". Kaffemik is a Danish word meaning “coffee please”, but is so much more than simply sharing a cup of Joe! In Greenland it is a great social gathering with many visitors coming and going, sharing gossip, coffee, various cakes and tasty treats.   During excursions to local homes it is also possible to see the national costume and learn about a life so very isolated from the rest of the world. 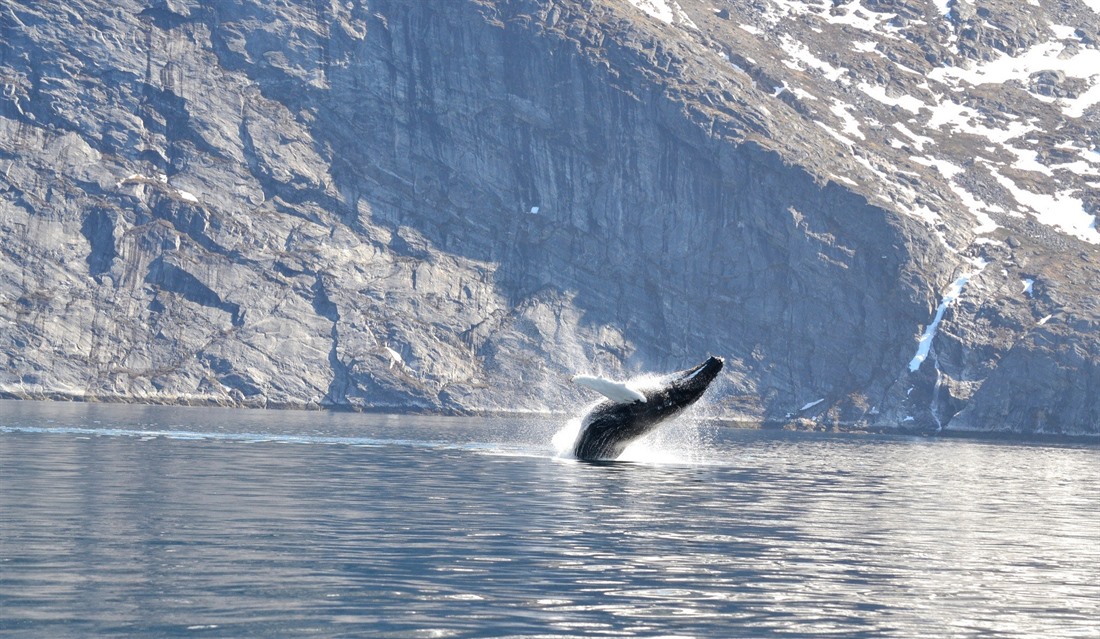 In the late summer and early autumn months, whales are so abundant in the Greenland seas that they are frequently visible from the shore. Typical encounters when whale watching are with humpback whales, minke whales and fin whales, but occasionally also blue whales, killer whales, narwhals, beluga whales, sperm whales, pilot whales and Greenland whales that all live in Greenland's waters.
Humpback whales, minke whales and fin whales, in particular, can be seen close to the towns and in the fjords in the west of Greenland such as Ilulissat, Qeqertarsuaq and Nuuk, whilst beluga whales and narwhals are more common in North and East Greenland (Tasiilaq).

Click here to explore our full collection of Greenland holidays