During my time travelling to Iceland, I’ve found that often, the best way to travel in Iceland is actually not taking the most direct route between point A and point B. You’re likely to find that using the island’s ring-road, Highway 1, and then turning off the main road and driving along the path less travelled is the best option.

The Arctic Coast Way hugs the spectacular coastline of northern Iceland, meandering up and down six peninsulas with spectacular views up to the Arctic, dramatic cliffs, black sand beaches, glacial river deltas, fjords and high mountains. It takes in traditional towns and villages; offers excellent opportunities for whale, seal and bird watching; boasts numerous hiking trails, local festivals for music, culture and food; and also has some of the best places to see the country’s famous midnight sun or the northern lights. 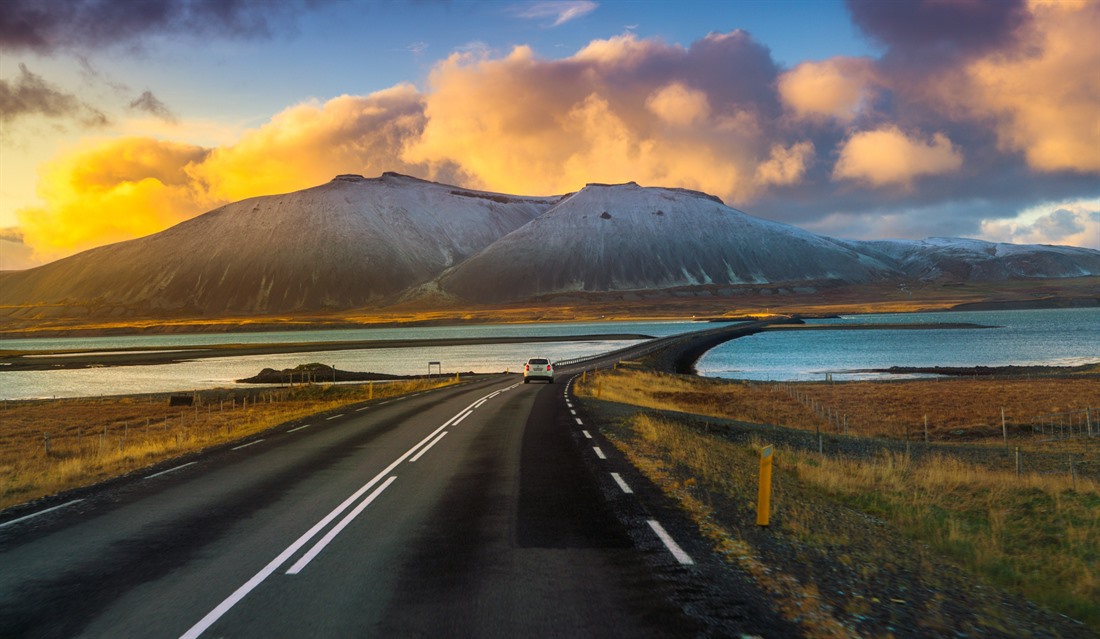 Along the Arctic Coast Way, you will come across Iceland’s “Diamond Circle”, a 250km circular route taking in some of the region’s most spectacular natural wonders. Here’s my guide to some of the incredible things you’ll see along this route:

Known as “The Waterfall of the Gods”, Godafoss is a 30m-wide semi-circular falls forging its way through the otherwise flat, rocky landscape. Not only is it physically spectacular, but it’s also of great cultural importance. In 1,000 AD Iceland’s parliament, the Althing, agreed to adopt Christianity whilst allowing people to continue worshipping their pagan gods in the privacy of their own homes. The lawmaker of the time was Thorgeir Horkelsson Ljosventningagodi, and he returned to his home here in the north of the Althing in Pingvellir (in the Golden Circle) and threw his pagan idols into the falls to mark this change, thus giving the falls its name which it retains today. 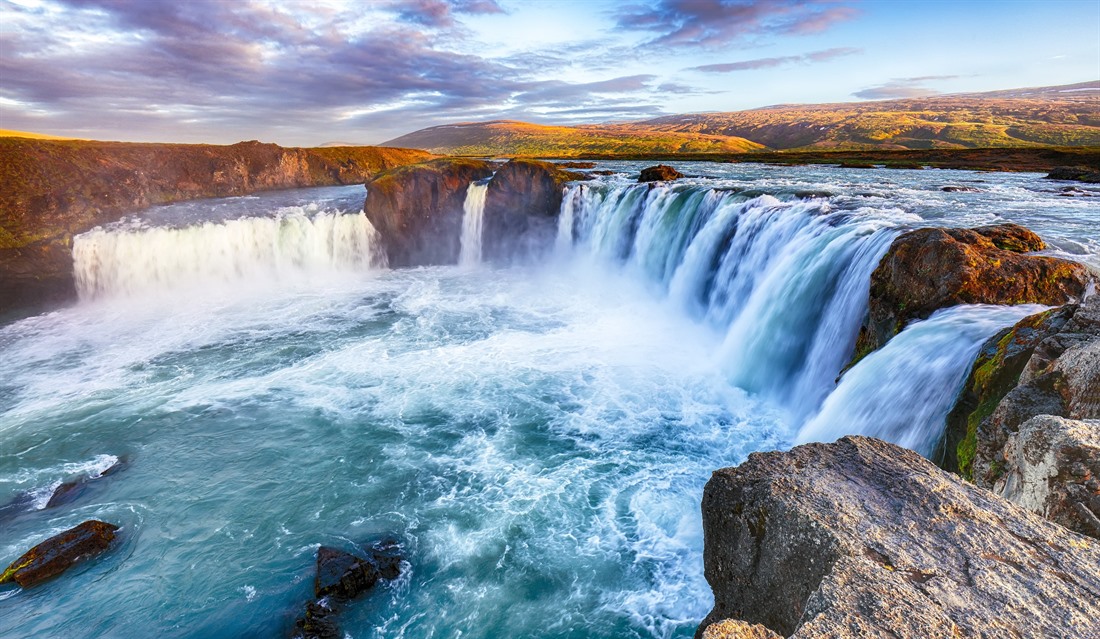 There are a few whale watching centres along the Arctic Coast Way, but Husavik, known as the whale watching capital of Iceland, is largely considered to be the best. There are a variety of vessels heading out from here: you can choose to sail in traditional oak boats and schooners, take an adrenaline-pumping trip in one of the RIBs, or board one of the new fleet of electric-powered boats which use renewable energy and glide almost silently through the water. After your trip out on the water – where minke and humpback whales, dolphins and even the occasional blue whale can be spotted – I highly recommend a visit to the Husavik Whale Museum or GeoSea, a geothermally heated swimming baths overlooking the fjord where you can soak your limbs and take in the views. 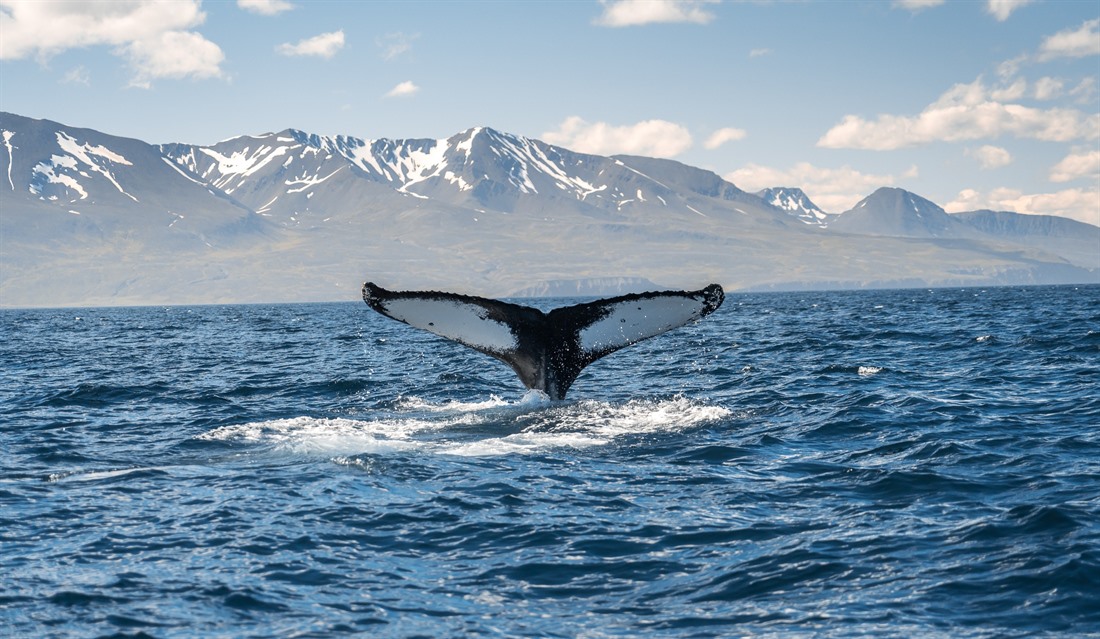 At the northern tip of the Vatnajokull National Park, the horseshoe-shaped Asbyrgi gorge represents an almost unique geological phenomena. The vertical rock walls are a backdrop to one of the most densely forested places in the country, and the gorge is an excellent place for hiking and horse riding, with paths both along the floor of the cage and on top of the steep cliffs. 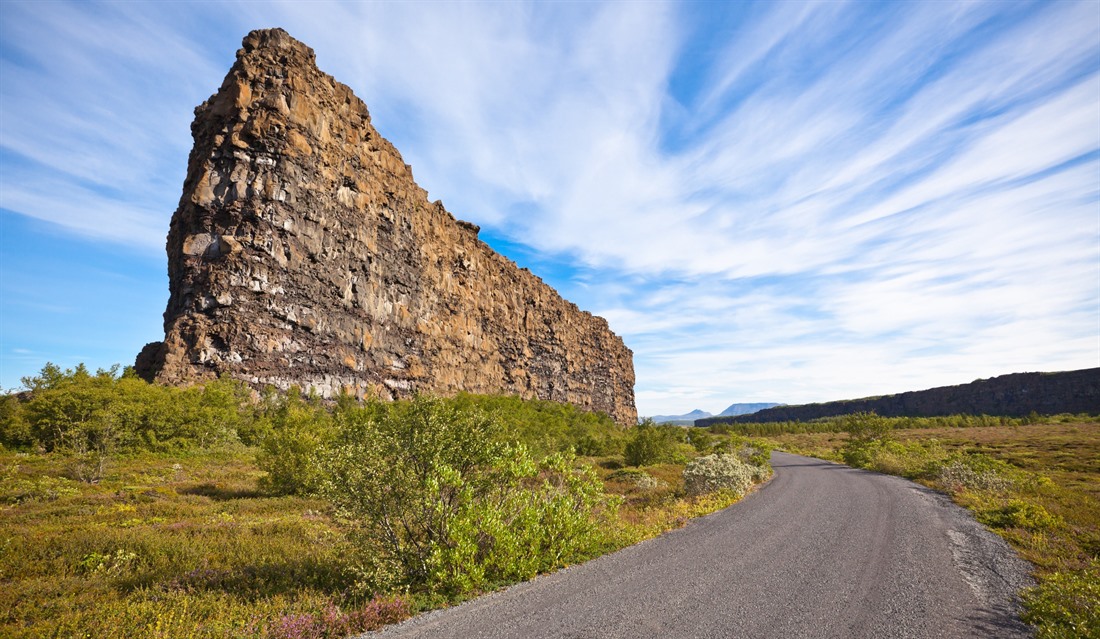 The largest waterfall in Europe, Dettifoss sees up to 500 cubic metres of water crash over its edge every second. Whilst the waterfall’s size is admittedly impressive, it is the sheer force of the water which makes it so dramatic. The dense cloud of spray and mist created by the crashing of the falls makes it impossible to see the river continuing on its way from Vatnajokull glacier towards the Arctic, and Dettifoss is framed by basalt columns rising on each side of the gorge. A truly magnificent sight. 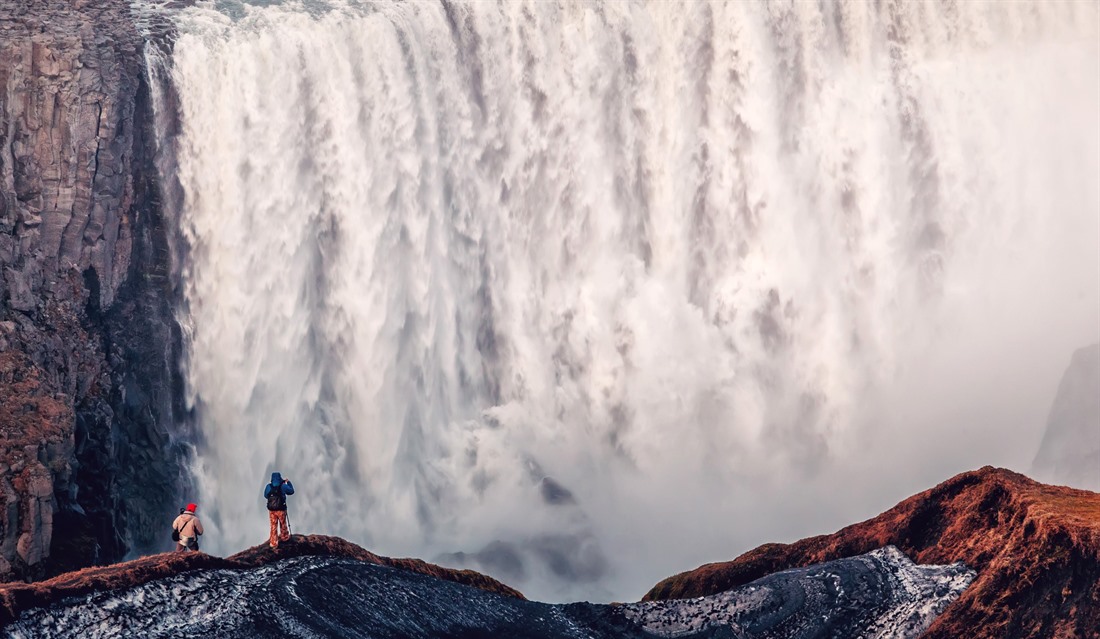 Like moths to a flame, keen geologists and birdwatchers are drawn to the area around Lake Myvatn. There are the black lava pillars at Dimmuborgir and the pseudo-craters at Skutustadir to admire, as well as the Hverfjall crater – which measures 1km in diameter – along with bubbling mud pools and roaring steam vents. For birdwatchers, the tufted duck, scaup and Barrow’s goldeneye are all available to spot, whilst some birds such as the common scoter, gadwall and shoveler, can actually only be seen in Iceland around Lake Myvatn. 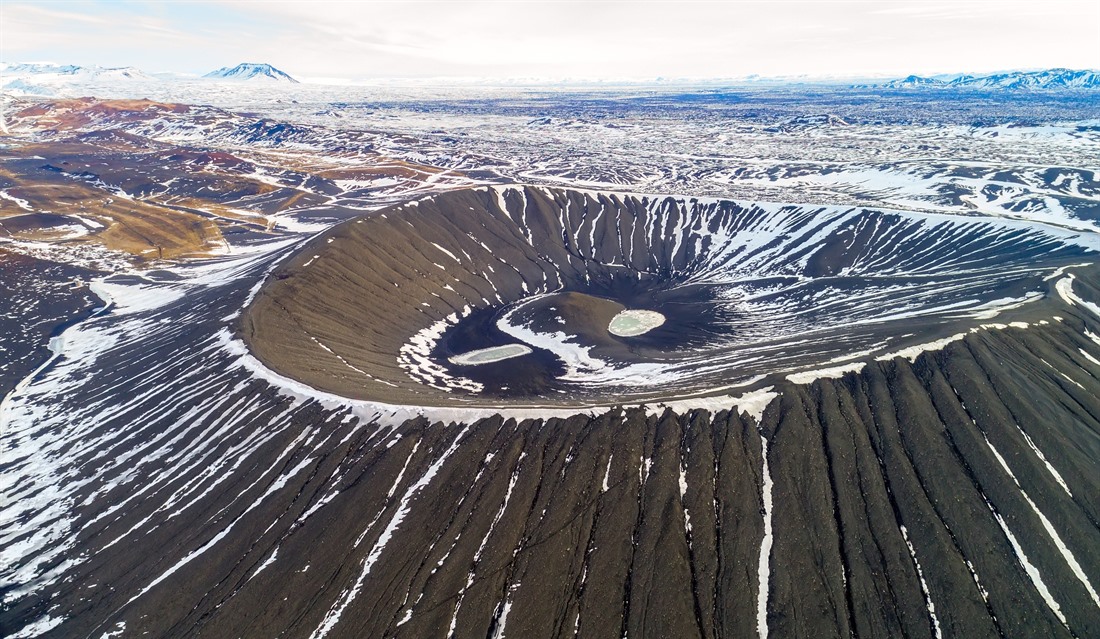 To start planning your own Icelandic adventure to see these sights and more, get in touch with our Travel Specialists for a bespoke itinerary and insider tips.