Vilnius to Warsaw: Sleepless On A Sleeper Train

Vilnius to Warsaw: Sleepless On A Sleeper Train

By Guest Author
Share on Facebook
Share on Twitter
This is a guest post by Mandy Huggins, who visited Lithuania and Poland with Regent Holidays. Mandy’s favourite destinations in the world are Japan, India and Eastern Europe. She enjoys travelling, writing and watching flamenco!
I have long been in love with the romantic notion of overnight trains.  Speeding non-stop through ink-black countryside, champagne cocktails in the bar and a silver service dinner served on starched linen.  Then a few pages of an Agatha Christie novel whilst tucked snugly between crisp cotton sheets, before being lulled to sleep by the comforting rhythm of the train.  Gently woken by morning sunshine and a white-gloved steward serving fresh croissants and a pot of steaming coffee.
The train in Vilnius station did not appear to promise any of these things.  It towered above the platform, a dour hulking beast, the guard hunched over a thin cigarette pinched between thumb and middle finger.  He appraised my ticket dolefully before motioning me up the steep steps that led to my four berth couchette. 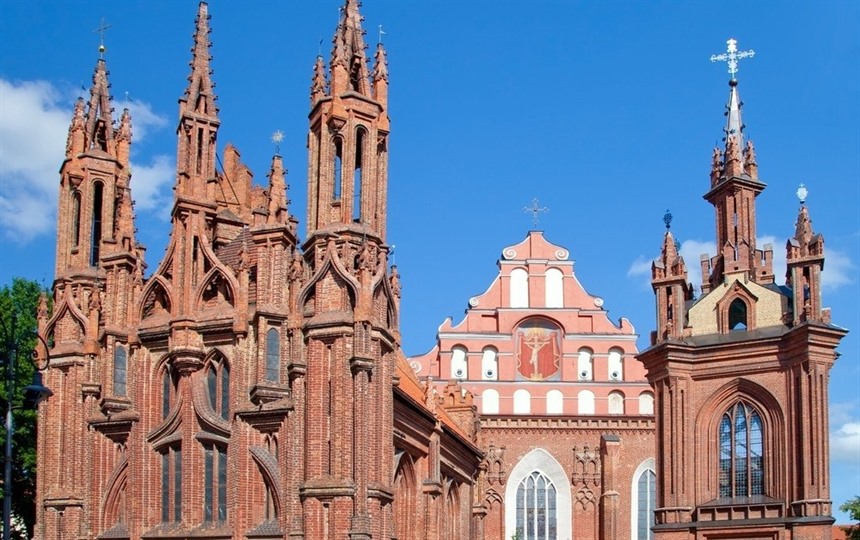 There was already one other inhabitant, a young girl, perched lankily on the edge of a top bunk, immersed in a book.  Shortly afterwards, a man complete with lank combover and greasy leather waistcoat swung his rucksack onto the other top bunk, and disappeared out of sight.  There was clearly going to be little travellers’ conversation, and as there was neither bar nor restaurant car aboard, I retrieved my Jaffa Cakes and copy of The Lady Vanishes and crawled fully dressed beneath the grey sheet and scratchy blanket.
The train groaned into action and began its creaky, ponderous journey out of Lithuania and towards Warsaw.  After a while my fellow passengers switched off their reading lights and fell instantly to sleep.  I tried to follow suit, but sleep was long coming.  Their deep, even breathing seemed to mock me as the train lurched in and out of sidings, wheels squealing as we juddered repeatedly to a stop, only to jerk painfully forwards again moments later. 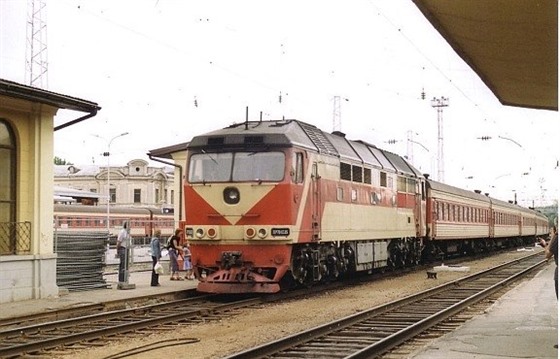 Train pulling into Vilnius station by LHOON
When I did eventually nod off, it seemed like only minutes later that I was woken by doors banging and muffled voices. The Polish border officials were on board, checking passports.  As the guard’s steely eyes met mine, I had a fleeting moment of the irrational panic that always grips me in the face of officialdom.
I slept fitfully until a distorted tannoy announcement echoed through the corridors.  Apparently I had only minutes to get my things together and drink a cup of gritty acorn coffee before being deposited unceremoniously at Warsaw Centralna.  It was 6.30 am and there was no sign of the girl.  The lady really had vanished. 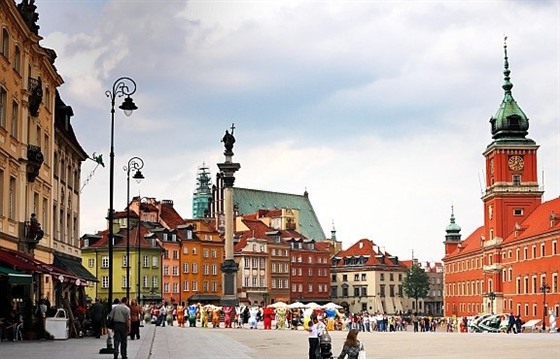 Warsaw’s beautiful old town
Beyond exhaustion, I stumbled dizzily into the weak morning sunshine.  Despite the early hour, a woman in a bright floral headscarf was selling old pans on the pavement outside. Behind her was a mirage, strangely compelling – a Marks & Spencer’s with an open cafe.   Before it could disappear I rushed inside, ordered toasted muffins and Earl Grey tea, and sank blissfully into an armchair.  Who needed the Orient Express?
Want to see your travel stories published on our blog? Contact us on blog@regent-holidays.co.uk