There are very few places left where it is still possible to experience a taste of the Soviet era. Fortunately, a holiday in Belarus is one. You will immediately notice the lack of advertising hoardings; the 60’s tower blocks; clean , wide boulevards with neat flower beds and a feeling of safety wandering the streets at any time of day. This small group tour will not only show you the legacy of the years of communism but bring home the horror of the almost complete destruction of many of Belarus’s towns and villages in World War II. You will admire how Belarus has restored and preserved the few remaining medieval gems, some of which have now joined UNESCO World Heritage Sites. 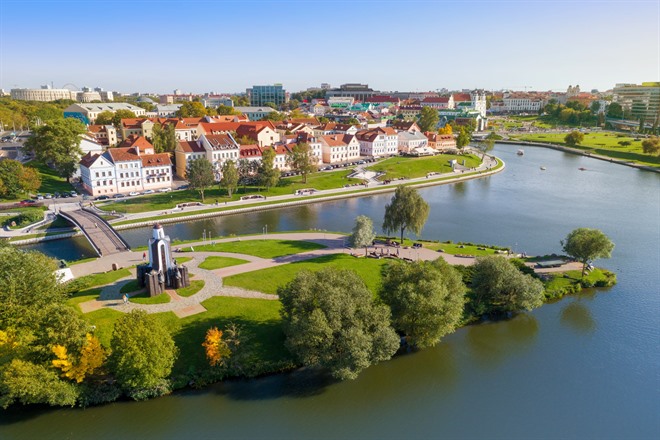 Fly to Minsk and transfer to your hotel to check in for four nights. 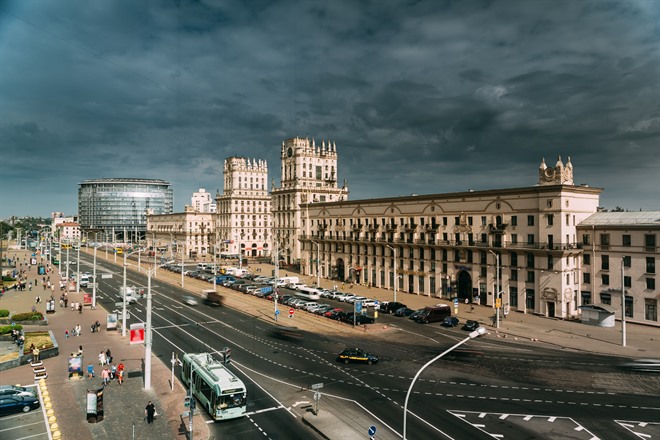 Your exploration of Minsk begins right away with a morning city tour introducing you to the capital’s highlights, such as Independence Square, Victory Square (with its 38 metre-high obelisk), the Orthodox Holy Spirit Cathedral and the Island of Tears. Minsk was first settled in 1067 but barely any ancient monuments remain in the city from its foundations. Despite claiming a few outstanding historical sights that represent the city’s rich and illustrious past, Minsk is best known as a living monument to the grandiose aspirations of Soviet architecture and urban planning. Famously destroyed during the Great Patriotic War, the Belarusian capital grew out of the ashes of conflict to become a Socialist Realist masterpiece complete with spacious avenues, lush green parks and a battalion of buildings dating from the 1940s and 1950s that simply have to be seen to be believed. It’s a sentence often said and rarely true, but Minsk really is a city like no other.

Beneath its clean and regimented exterior lies an underbelly of exuberance in the guise of exceptional restaurants, world-class bars and clubs to rival those in any major city around the world. Culture-vultures here will find a vibrant offering of performances available from the theatre and opera to experimental dance. Take advantage of a free afternoon to explore the city at leisure; perhaps visit one of Minsk’s many museums such as the new History of the World War II. It has ten exhibition halls and more than 8,000 exhibits telling about how the things were in the run-up to the Great Patriotic War, during the war and after the victory. (B) 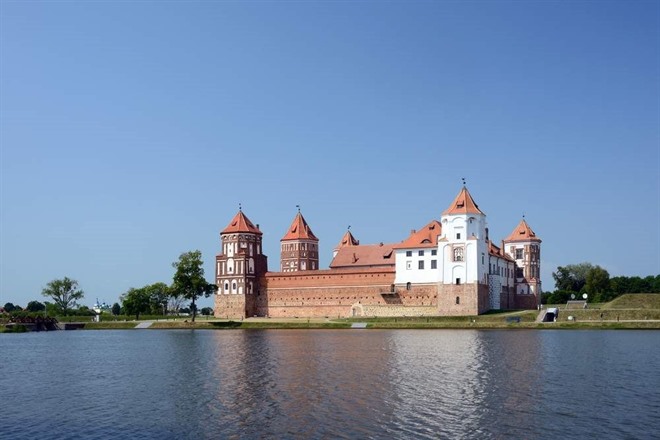 This morning travel to the medieval town of Mir - a protected UNESCO World Heritage Site and astounding example of 16th-century fortification art. The construction of this Gothic-style castle complex was started by Duke Ilinich, before passing to the Radzivill family, who completed it in a Renaissance style. A three-storey palace was built along the eastern and northern walls of the castle and an artificial lake put in to the south. After lunch in a local restaurant continue to Nesvizh Castle, which was once owned by the noble and powerful Radzivill family, until the Red Army seized the property in 1939. It was rebuilt over the centuries so many times that it has a myriad of architectural styles including Renaissance, Baroque and Neo-gothic to name but a few. Learn about the legends and mysteries that surround the castle—including the mystery of the missing golden apostles - and explore halls displaying the works of some of Europe’s best architects, painters, woodcarvers, decorators and jewellers. (B,L) 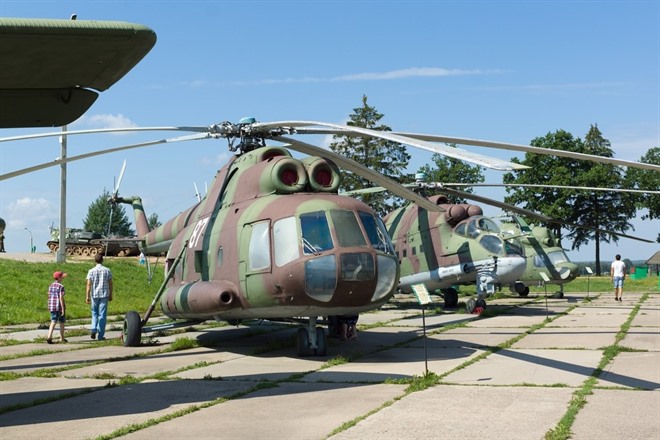 This morning visit the Stalin Line historical complex, named after part of preserved fortification line which originally ran from St. Petersburg to Odessa as a defence against German troops. The main task of the fortified region was to protect Minsk from the attack of a fascist’s army in 1941. Opened in 2005 to mark the 60th anniversary of the Great Patriotic War (WW2), the complex boasts a large selection of military vehicles, AFV’s, aircraft, artillery, and an extensive system of bunkers and trenches. The experience includes the opportunity to walk around pillboxes, sit in a gun emplacement and stroll along the trench system. It is one of the most complete exhibitions of artillery and military equipment in Belarus. In the afternoon visit Khatyn Memorial. In 1943 a brutal massacre took place in the village of Khatyn, and this tragic event is commemorated in a 1969 memorial. Late afternoon transfer back to Minsk. Enjoy a farewell dinner in a local restaurant in Minsk. (B,D)

Accommodation
Hotel Belarus
DAY 5
FLY TO THE UK
Morning transfer to airport for the flight back to the UK. (B)
Chat to a travel specialist

Good news for our solo travellers or for those whose travel companion snores - there is no single room supplement on this group tour to Belarus.

To confirm a booking, we require a deposit of £99 per person.

This deposit will be fully refundable until 31 Jul 2021. From 1 Aug 2021 we will collect the remainder of the deposit, a payment of an additional £250, when the tour reaches minimum numbers and is guaranteed to operate.

Should the UK Foreign, Commonwealth & Development Office (FCDO - formerly Foreign & Commonwealth Office), advise against all but essential travel to a destination; or restrictions put in place by the destination itself prevent the fulfilment of the trip within 30 days of your departure, then we will offer to postpone your trip, or offer credit against any future departure, or refund all monies paid. 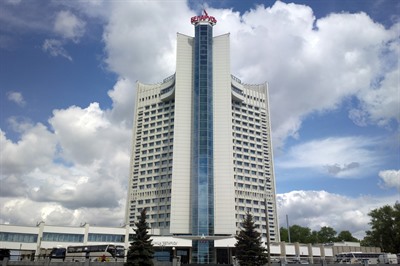 Hotel Belarus
Hotel Belarus This is one of our favourite hotels in Minsk. After an extension 3-year reconstruction, which has done away with the charmless decor from the Soviet years, the interior boasts warm...... 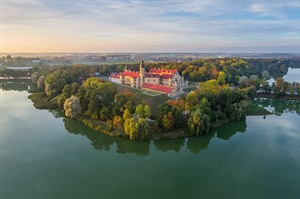 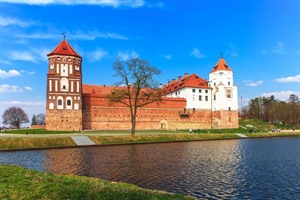 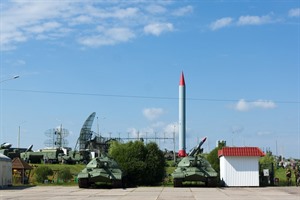 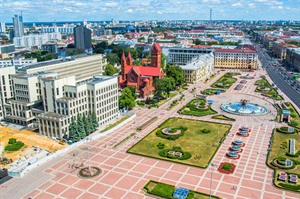