The brainchild of the tsars but finally put into action by Stalin, whose idea to make the city’s metro stations “palaces for the people” has translated into some truly spectacular, subterranean architectural gems.

Opened in 1935 with just 13 stations that Moscow Metro just keeps growing and growing - now there are over 180 stops and over nine million users a day. In comparison, the London Underground handles a mere 5 million journeys a day.

And yet - as you'll notice - the stations are cleaner, brighter and more majestic than their English counterparts.

Without a doubt, despite so many amazing sights in Moscow, when you return from your Russia holiday, one of the first thing you'll mention is the beautiful metro stations.

It’s possible to spend an entire day or more travelling the metro and exploring the vast array of ornate stations; each constructed and decorated in its own unique way.

So, whilst you are on public transport getting around the city, why not try and see if you can venture into these 5 top Moscow metro stations to visit amongst the 182 stations.

A favourite of Regent Holidays’ general manager, Andrea, this white marbled station is a Moscow metro stop worth seeing. The architecture is bursting with elaborate artworks, frescoes and mosaics depicting life in Ukraine and soldiers during the October Revolution and the Civil War.

Construction of the palatial Kiyevskaya was overseen by Nikita Kruschev who, as a Ukrainian himself, wanted to build a monument to the country’s contribution to the creation of Soviet Russia. 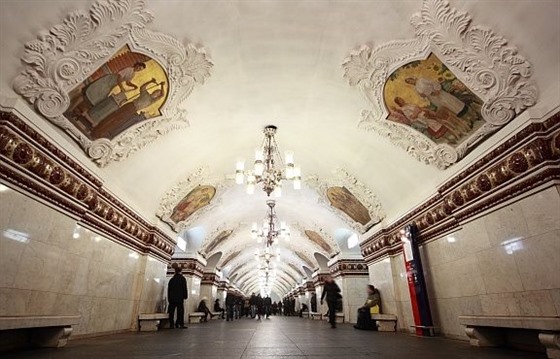 One for literary fans, this newly opened station on the Lyublinsko-Dmitrovskaya Line is named after the famous author, Fyodor Dostoyevsky, and displays several striking murals depicting scenes from his most famous works such as Crime and Punishment and The Idiot.

The beautifully stark station caused controversy on its opening in 2010 after people objected to a mural depicting a murder scene, to which the artist responsible replied: “What did you want? Scenes of dancing? Dostoyevsky does not have them.” 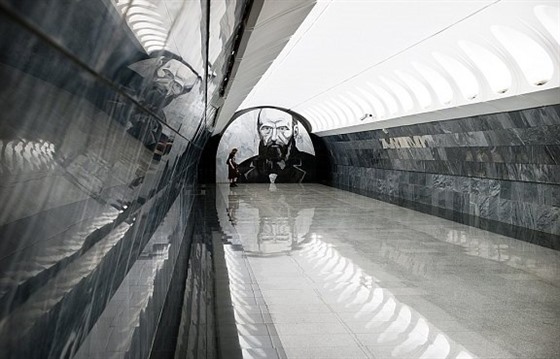 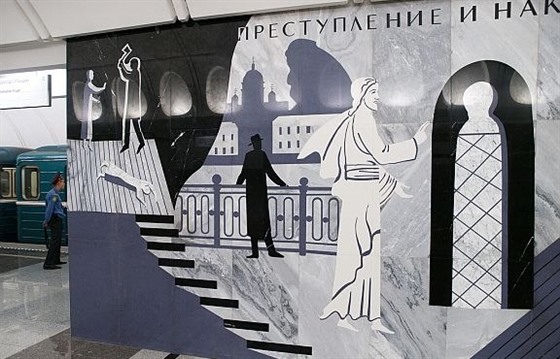 This impressive station, opened in 1938, features no less than 76 magnificent bronze statues of soldiers, farmers, schoolchildren, workers and a whole host of other characters who helped “defend the Soviet nation”.

One of the statues, a dog, is said to bring good luck to those who rub its nose.

Ploschad Revolyutsii is at the dead centre of the Arbatsko-Pokrovskaya Line and is the best stop for visiting Red Square. 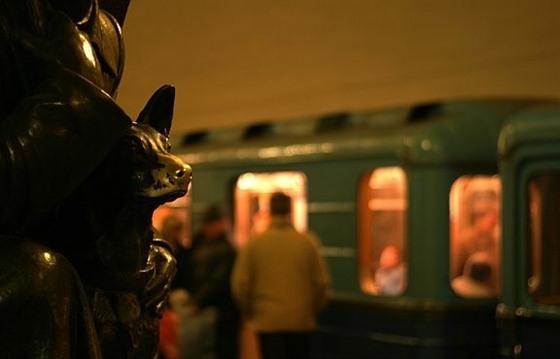 Considered by many to be the jewel in the Moscow Metro crown, Mayakovskaya is a marvel of futurist Soviet design and the forebear for many other stations on the system.

In 1941, to celebrate the anniversary of the Bolshevik revolution, Stalin entertained and dined guests in this station, all whilst the Nazi's bombed the city. 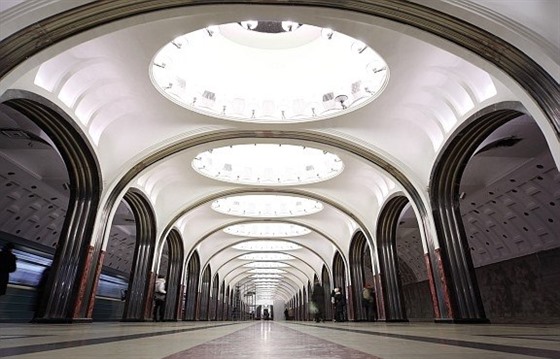 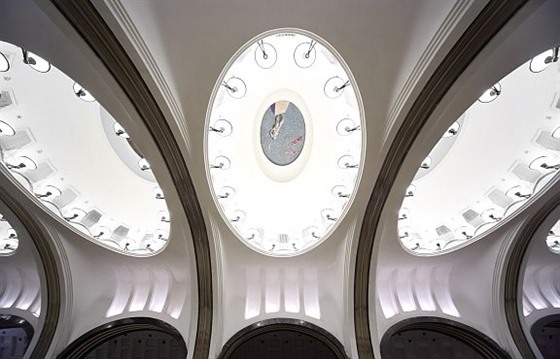 Located north of central Moscow on the Koltsevaya Line, the Prospekt Mira is one of the best Moscow Metro stations to visit. The design and theme of this lavish station beautifully reflect the nearby Botanical Gardens of Moscow State University. 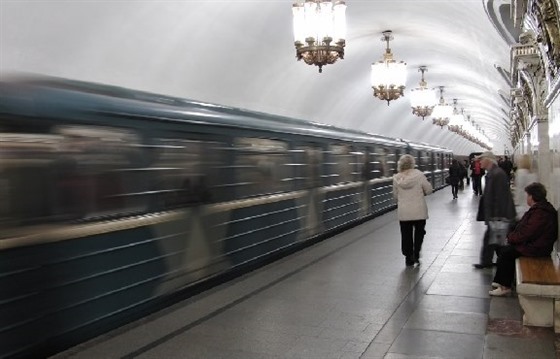 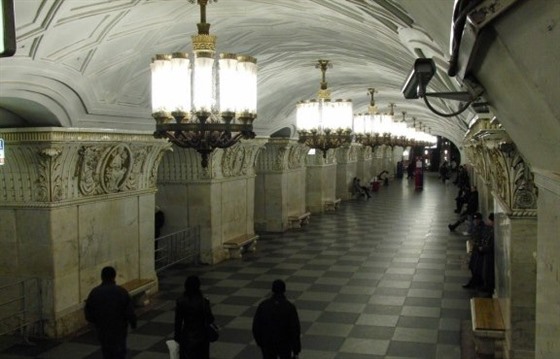