Arctic Cruises: A typical day on board the M/V Sea Spirit

Arctic Cruises: A typical day on board the M/V Sea Spirit

Back from two weeks aboard the mighty polar icebreaker, the M/V Sea Spirit, on a journey from Iceland to Svalbard, Regent's Helen shares her experiences to give you a clearer idea of what an arctic cruise entails. 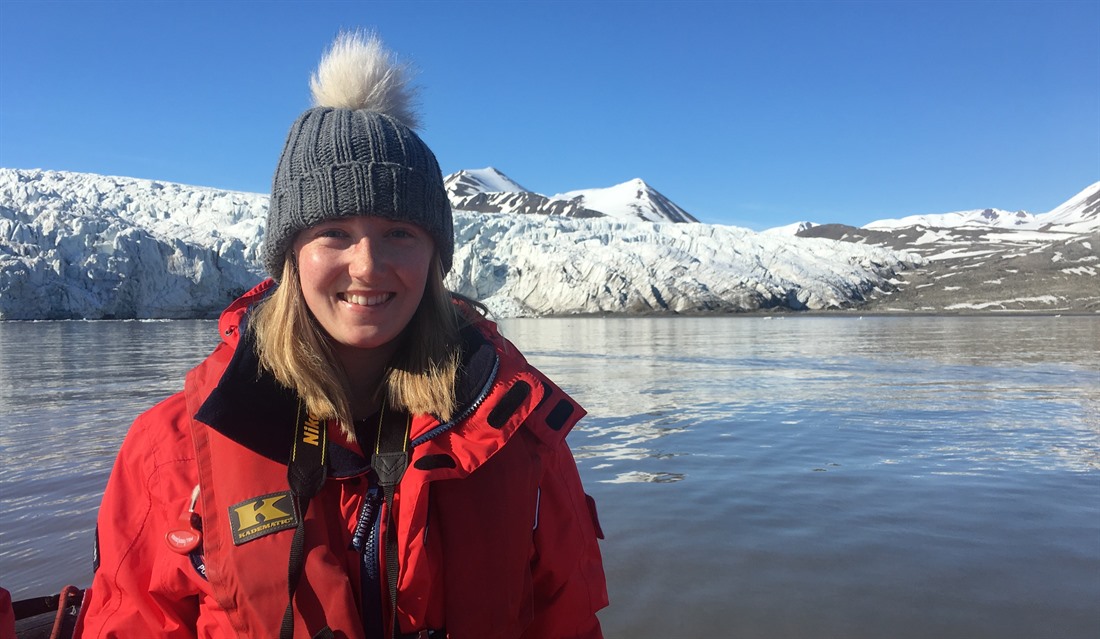 To start the day, each morning we had a wakeup call come through the tannoy system in our cabins at around 7:30. They called it the ‘morning announcement’, played a song and let us know breakfast was served. Breakfast was buffet style, with cooked and continental options for you to choose from. After breakfast, I would often go straight out on to the bridge deck or the jacuzzi deck and look for wildlife with the expedition team. Travelling in north the summer meant that even in the early morning and late at night, the landscapes and seascapes surrounding us were illuminated by the midnight sun, so wildlife viewings were ample in the near-constant in bright sunshine.

Except on the few days you’re out at sea, you would usually have a landing each morning. They would remind us of this around 30 minutes before, and landings are split into 3 groups. Once called, we had to get our life jacket and head to reception to be signed out, and then head over to the zodiacs were and climb aboard one. 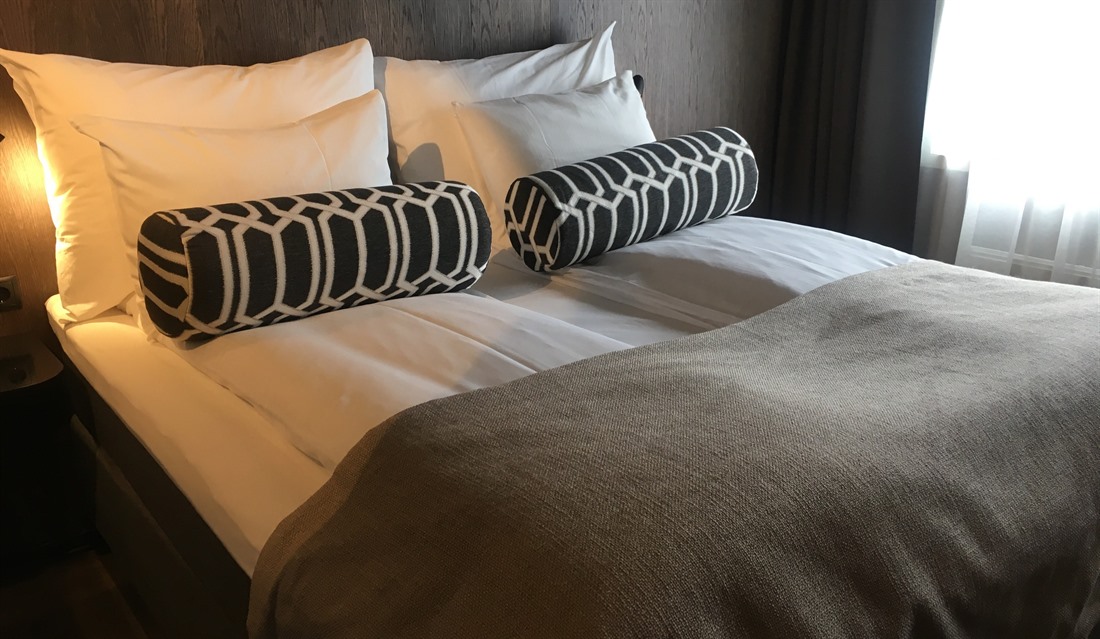 Once we'd landed, it was hard not to just rush off and explore the pristine environment, but we had to make sure we didn't wonder off without a guide who carried a rifle. On the landing sites we usually had around 2-3 hours to explore and we also had the opportunity to go on a hike, and several different routes were available for travellers of varying walking abilities.

I personally opted for the hikes designed for people who wanted a challenge and these hikes were usually about 8km, and involved climbing up steep rocky parts of the land. After the excursion, you back for a buffet-style lunch in the on board restaurant. 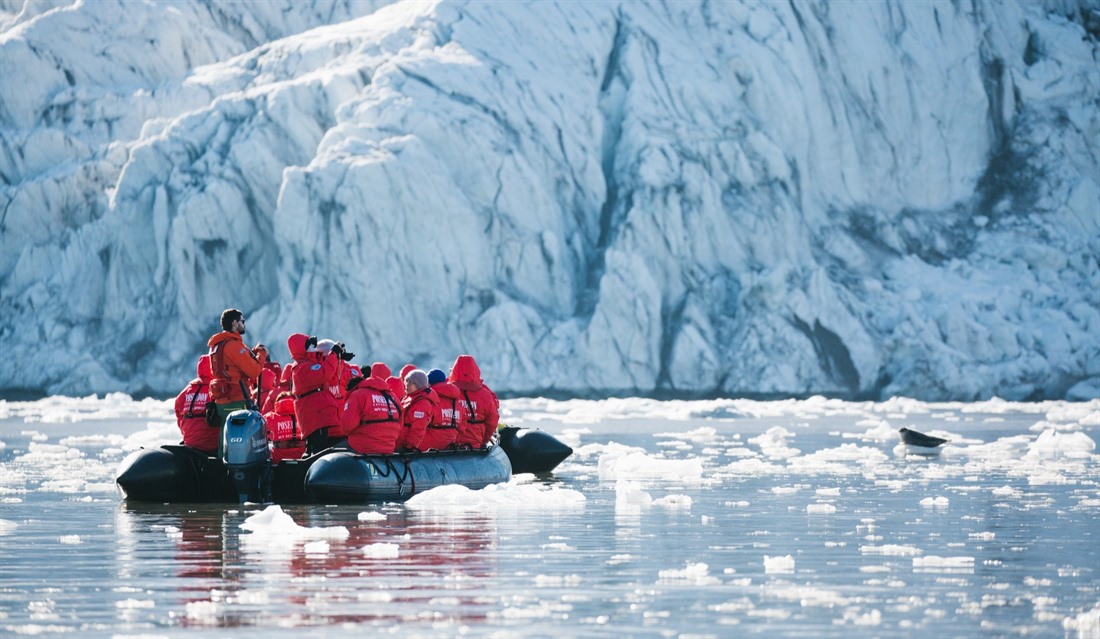 After lunch, you then enjoy another landing, this one would usually be easier than the first one and have more history behind it so you could stay in the same area and not have to go for too much of a walk. These are also usually accompanied by a historian who is on hand to explain what is the landing site is all about. On the landing sites there were often huts which the military stay for a few weeks each summer to keep an eye on everything and to make sure nothing is being tampered with.

After the landing, we would get back in the Zodiacs and go for a cruise around the area to look for wildlife, or go along the shore lines if they were scenic. On these cruises we saw cliffs covered with nesting sea birds, immense glaciers or  surrounded by calved icebergs, and even huge walrus colonies basking on the rocky beaches. 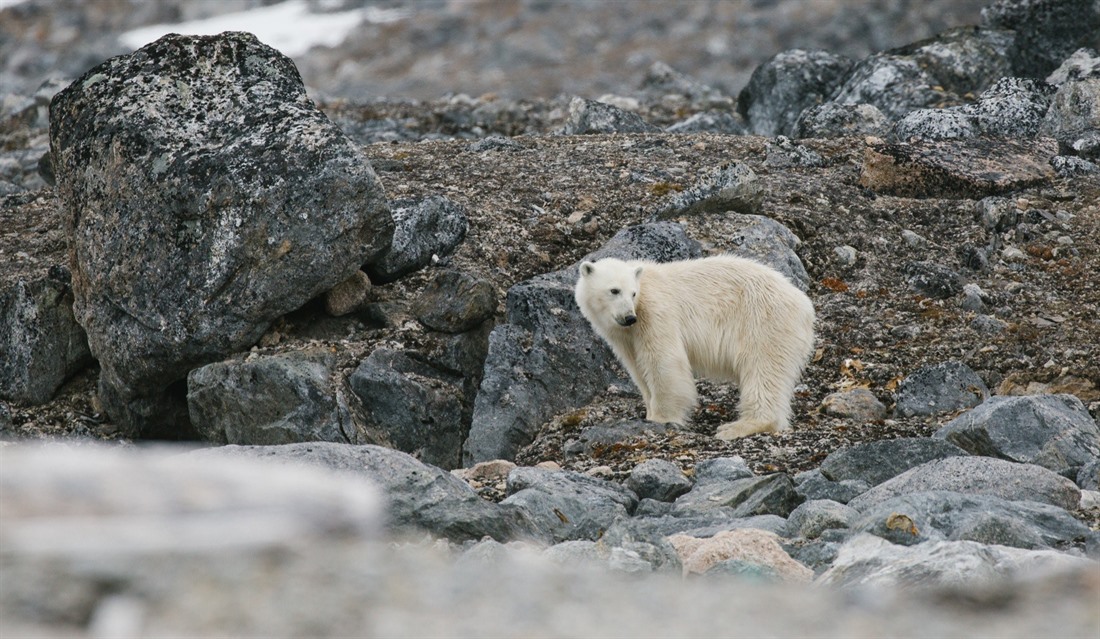 We would then get back on to the ship and enjoy an afternoon lecture - this would usually be to do with something we had experienced that day. For example, if we saw whales we would have a lecture on the different types of whale and also the history behind them in Svalbard.

During the day, if anyone spots any wildlife from the decks an announcement is made over the tannoy system, then everyone is able to rush outside to experience it too - once dressed appropriately for the polar weather!

Every evening we had a ‘re-cap’ on what we did that particular day with a Powerpoint presentation and pictures of different places/wildlife we saw that day. This was also an opportunity to tell us the programme for the next day and the approximate timings. 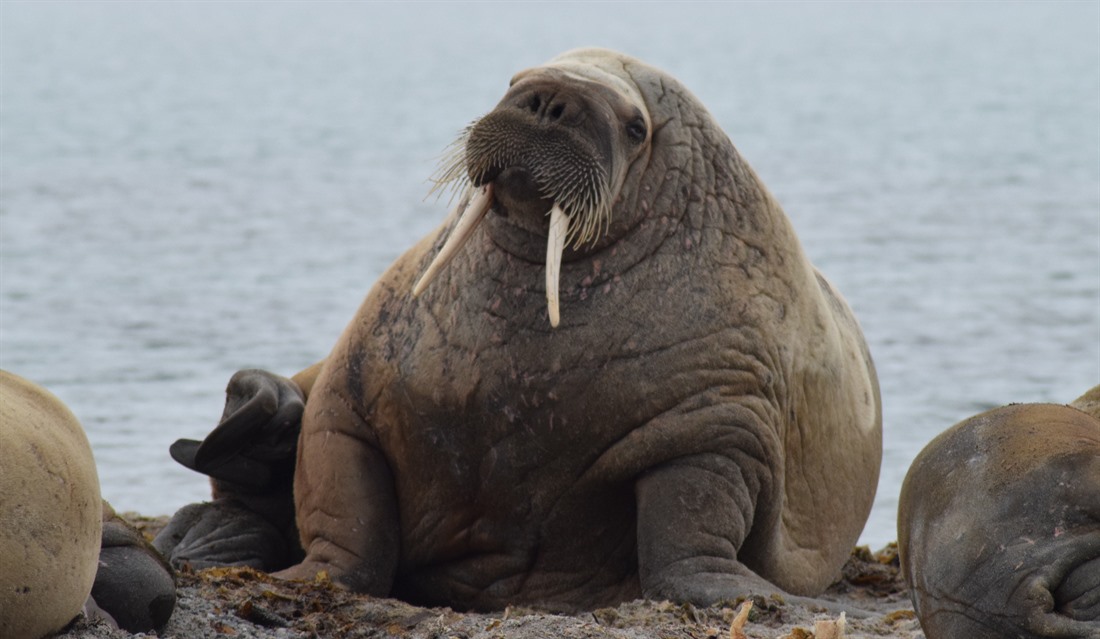 We then would have our evening meal. When you walk in to the dining room, they have already cooked a plate of each the dishes to display on table in the middle of the room, so if you're not sure what something was on the menu, you can have a look. Dinner is a three-course meal with a starter, main course and dessert. I found that the starter was usually a selection of soups, fish or maybe meat. The main course was usually a choice of a meat dish, a fish dish, a vegetarian dish or a pasta dish, and for desert you often had a choice of ice cream, sorbet and fruit platter.

After dinner, which usually finishes around 21:00, you can spend the evening in the bar where they have a pianist playing as you enjoy a drink or two, or you can head to the Oceana Lounge where they played films. 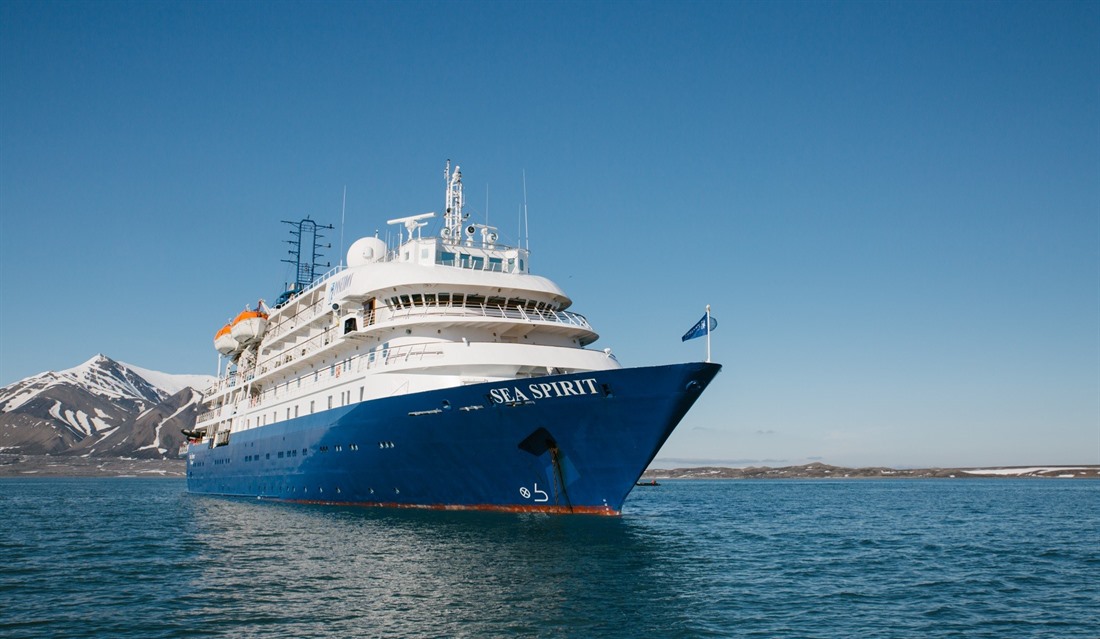 I found that my days on the Sea Spirit were very well organised and there was always something going on for us to do. It is not compulsory to do everything if you do not feel able to do it, or if you just feel like spending a relaxed day on board watching the landscape from the deck.

If there was a question I needed to ask or something I wasn’t too sure on, there was always someone around who could help. The expedition team are all very knowledgable and friendly, and each has a different areas of expertise, and this really adds to the whole experience. For example, I spent time with a historian, a kayak master, a zodiac master, a photographer and a geologist, and each of them could still cover questions that maybe were not their area of expertise.

I thoroughly loved my time on board the MV Sea Spirit, and would recommend it for any traveller looking to tackle the harsh (but beautiful) polar environments in comfort, but also accompanied by truly expert guides.