Moscow or St Petersburg; where to visit in Russia?

Moscow or St Petersburg; where to visit in Russia?

Travellers to Russia are often faced with a choice between visiting lavish, wealthy Moscow or the smaller ‘cultural capital’, St Petersburg? The two very different cities boast distinctly individual character, yet both remain truly Russian to the core.

At Regent Holidays we’ve spent years getting to know both cities and our Travel Specialists can arrange tailor-made city breaks to both Moscow and St Petersburg. We’ve put together a handy guide to help you pick which to visit.

But if you still can’t decide, our tailor-made Essential Moscow & St Petersburg holiday and Highlights of Moscow and St Petersburg small group tour combine the two into one essential introduction to Russia’s greatest cities. Plus, with the favourable Russian rouble exchange rates, when it comes to value for money, there’s never been a better time to visit. 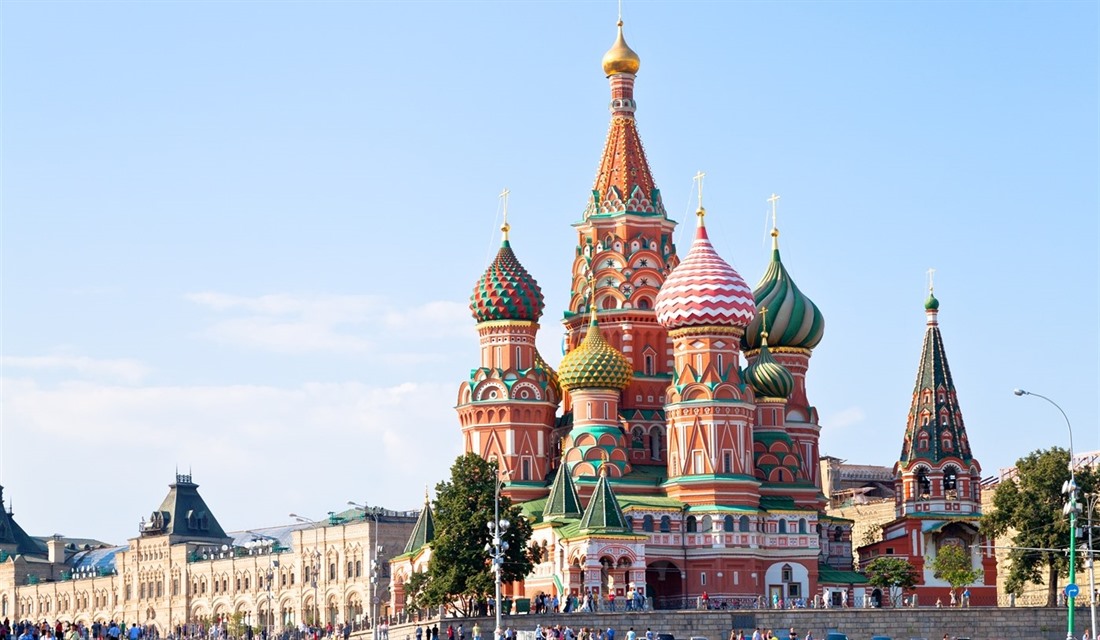 Russia’s largest city and current capital is known for its famous Red Square, overlooked by the colourful cupolas of St Basil’s Cathedral and the impressive walled Kremlin. Pay respects at Lenin’s Mausoleum and step inside the Kremlin to view the extensive collections of costumes, armour and jewels housed in the old Armoury Chamber.

Life rushes by at a hectic pace and displays of great wealth are obvious across lavish, sprawling Moscow. Onion domes dot the skyline, sharing space with soviet architecture and modern skyscrapers while expensive cars line the streets. Even the metro stations are a sight to behold; decorated with chandeliers, statues and soaring arches. You’ll need the metro to explore this huge city but the signs are all in the Cyrillic alphabet, so we’ll send you a metro map with English place names before you depart.

Spend a few nights in the luxurious and stylish, Art Nouveau-style Hotel Metropol situated opposite the recently renovated Bolshoi Theatre, just a few minutes’ walk from the Red Square. The grand architecture and elegant rooms, lavishly decorated with rich fabrics and antique furnishings earn the five-star Metropol its reputation as one of Moscow’s finest hotels. 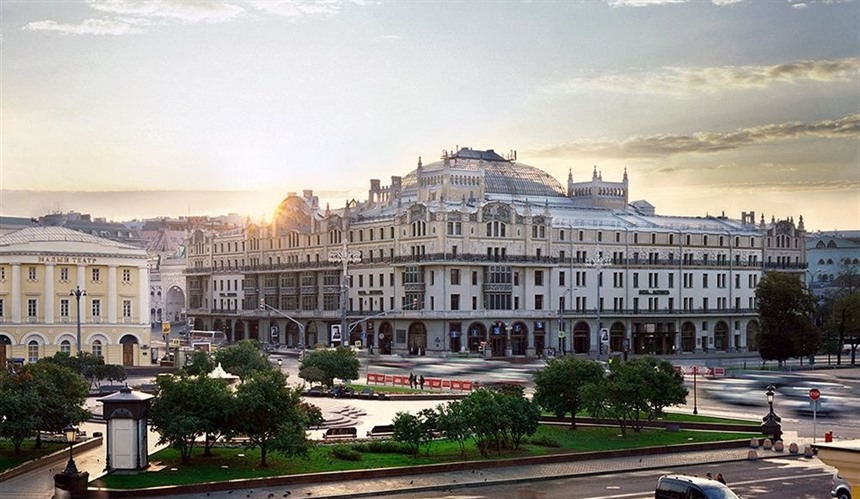 The White Rabbit, recently named one of the best restaurants in the world, pairs exquisite fine dining with 360o views of central Moscow from its glass-domed roof terrace.

Pay a visit to Star City - the Gagarin Cosmonaut Training Centre. Here you’ll see the full sized model of the Mir space station, a G-force stimulating centrifuge and a ‘weightlessness’ plunge pool used to train cosmonauts – many of whom still live in the city. This is still a working military centre so booking in advance is essential as the Russian authorities will require your details. 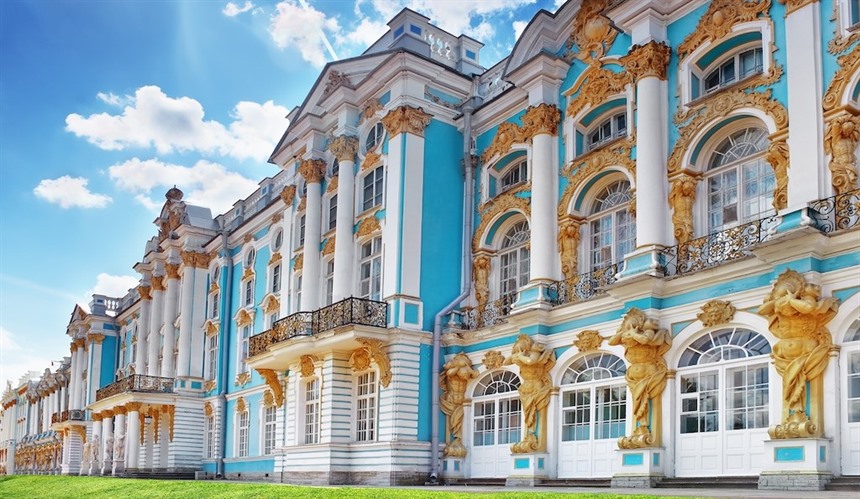 For its serene, winding canals and altogether more European feel, St Petersburg is often titled ‘the Venice of the north’. In the smaller of the two cities, life moves at a calmer pace. Classical architecture and ornate palaces abound, pastel colours paint the streets and art galleries hide around every corner. While Moscow has its fair share of art, music, and literature too, St Petersburg is the home of culture.

During the summer months, illuminated by the endless twilight of the midnight sun, the festival of White Nights fills the evenings with a cultural calendar packed with world class opera, concerts and ballet performances. Wander the streets of St Petersburg and find an outdoor concert and watch the scarlet-sailed ship slip downriver as an immense firework display blazes through the skies.

A much more manageable size, St Petersburg is easily discovered on foot and there’s no need to use the metro. Though if you choose to you’ll find that not only is it one of the world’s deepest metros, it is elegant like it’s Moscow counterpart and, much like the rest of the city sign posts are in English. We suggest drifting leisurely along the waterways that weave through the heart of the city on a river cruise, passing under intricate ironwork bridgs before visiting the Hermitage and the Church of the Saviour on Spilled Blood.

Check into the five-star Hotel Astoria located next to St. Isaac's Cathedral, with the Hermitage and bronze Peter the Great statue just around the corner. After sightseeing take afternoon tea in the hotel’s restaurant to sample a gastronomic array of sweet treats, or opt to try traditional Russian caviar.

Take coffee in the Literary Café. Since opening in 1816, the Literaturnoe Kafe has been visited by many famous characters, including the great Russian Poet Alexander Pushkin just before his fatal duel.

Hotel Astoria boasts some of the best seats in the house for the operas and ballets of the Mariinksy Theatre. Settle into the Astoria’s private box and speak to a Regent specialist about organising a backstage tour of the ballet. 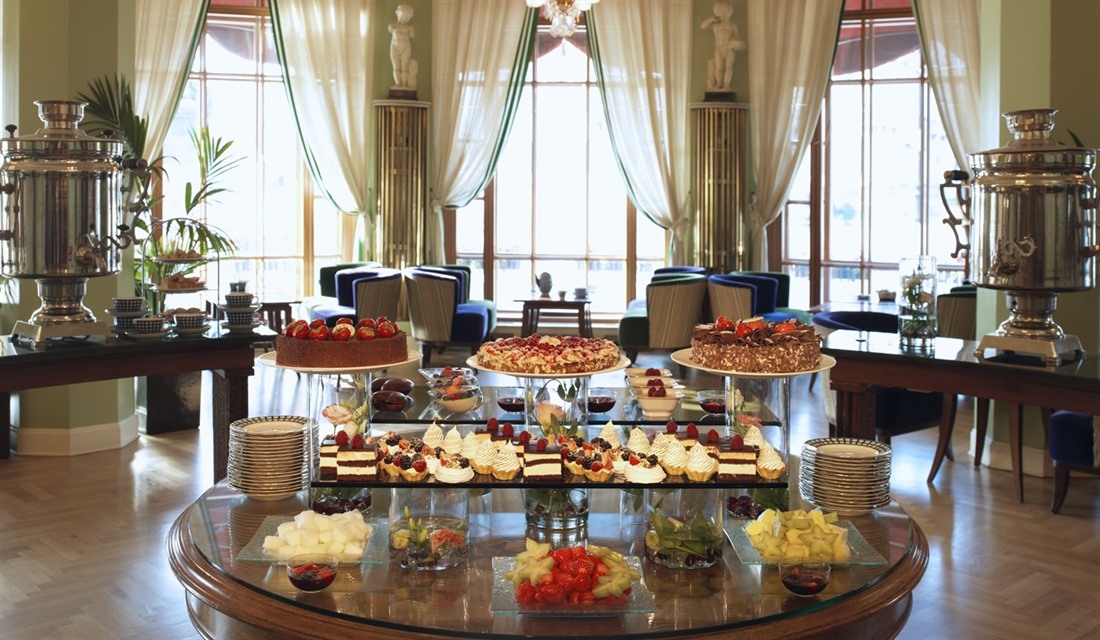 You’ll have to visit the Russian embassy in London to finalise your visa.