After spending a few days discovering the Faroe Islands with Regent Holidays, Steve Ryder shares ten of his top photos and memories of his trip. 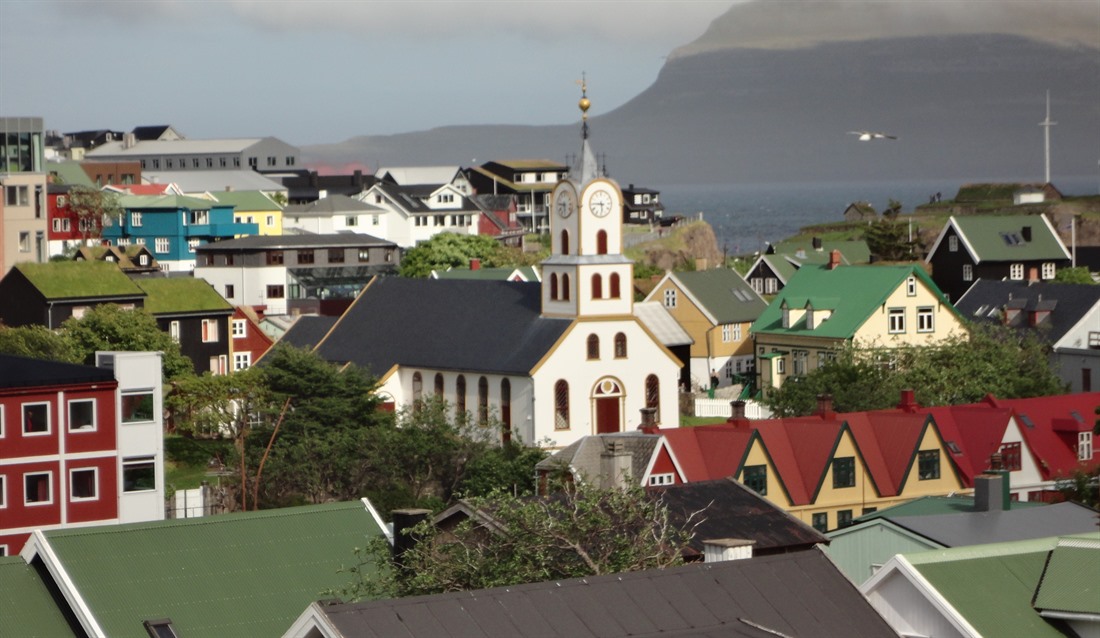 Rooftops of Torshavn with the Cathedral

I based myself in the capital, Torshavn, on the main island of Streymoy, a 45-minute drive from the airport on Vagar Island. Road, bridge and tunnel connections to all the main islands were excellent and traffic free. Distances are not great. This is the view from my room at Hotel Havn. With a population of only 13,000, the town was very quickly explored compared to other European capitals. The highlight for me was the National Museum, located in a modern building on the edge of town, which had exhibits on the history and geography of the islands. Across the street from the museum there was a small collection of interesting old farm buildings. 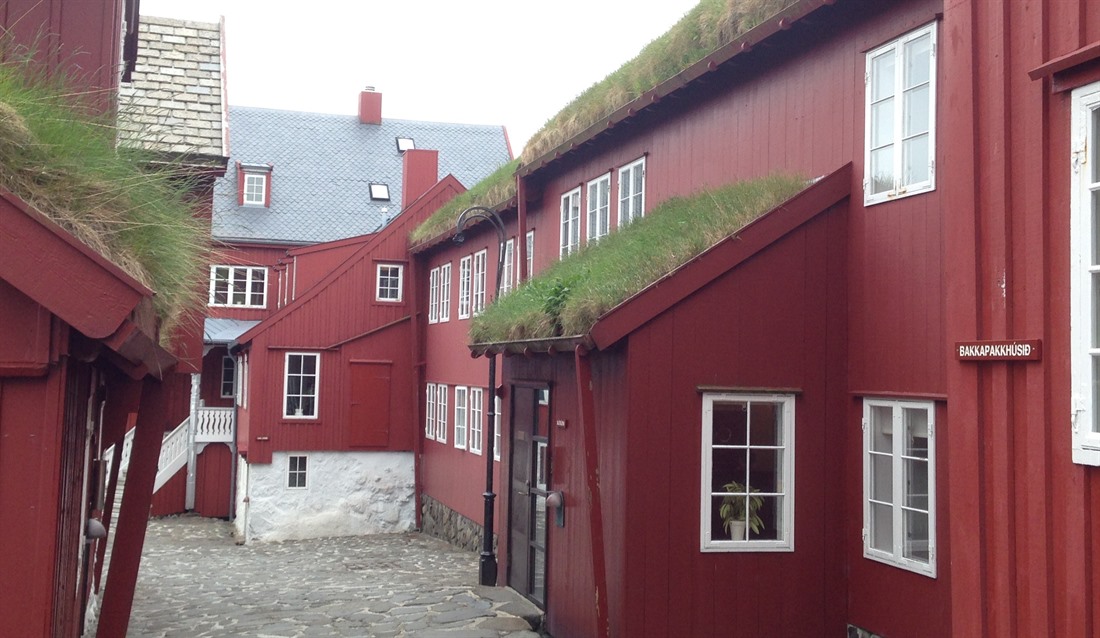 On a peninsula near the harbour is the old part of Torshavn called Tinganes. It is an area of old red wooden, turf-roofed, Faroese government buildings on cobbled streets. There can’t be many places in the world where the government is conducted in such peaceful and picturesque surroundings. Nearby was my favourite coffee spot in the town, Kaffihusid, which offers both inside and outside seating overlooking the boats and fish market. 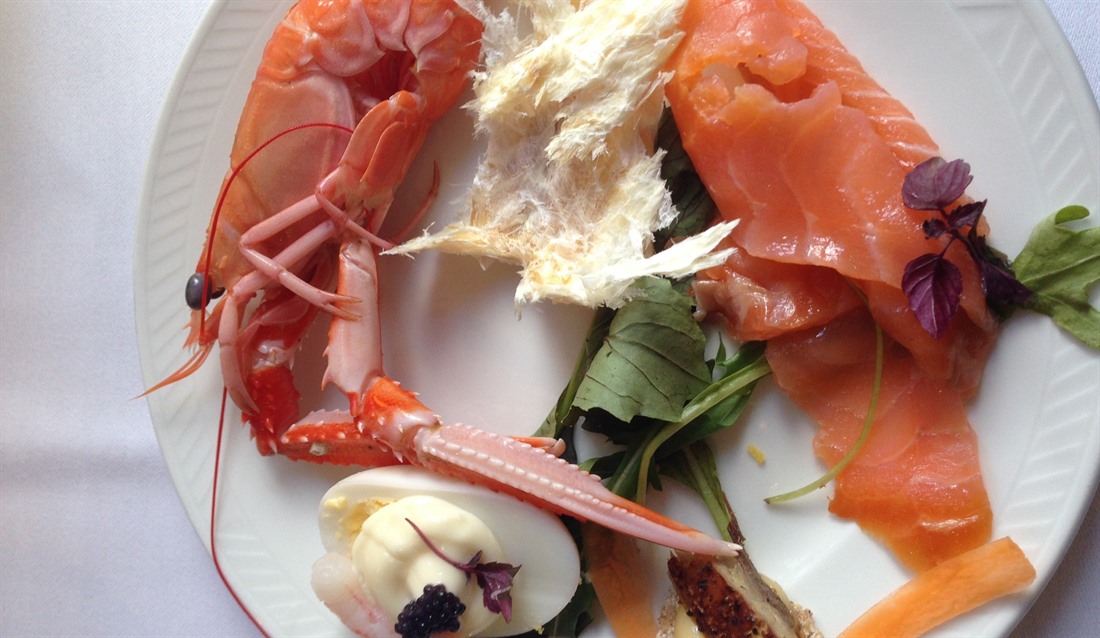 I like to try local food wherever I travel, so here it had to be seafood. The buffet at the restaurant in the Hafnia Hotel had an excellent selection of seafood dishes. The best fish and chips were from a very small take-out place next to Torshavn City Hall, where seating consisted of picnic tables in the small square outside. Interestingly there are salmon fish farms in every fjord but I never saw salmon on any menu. I assume everything is farmed for export. 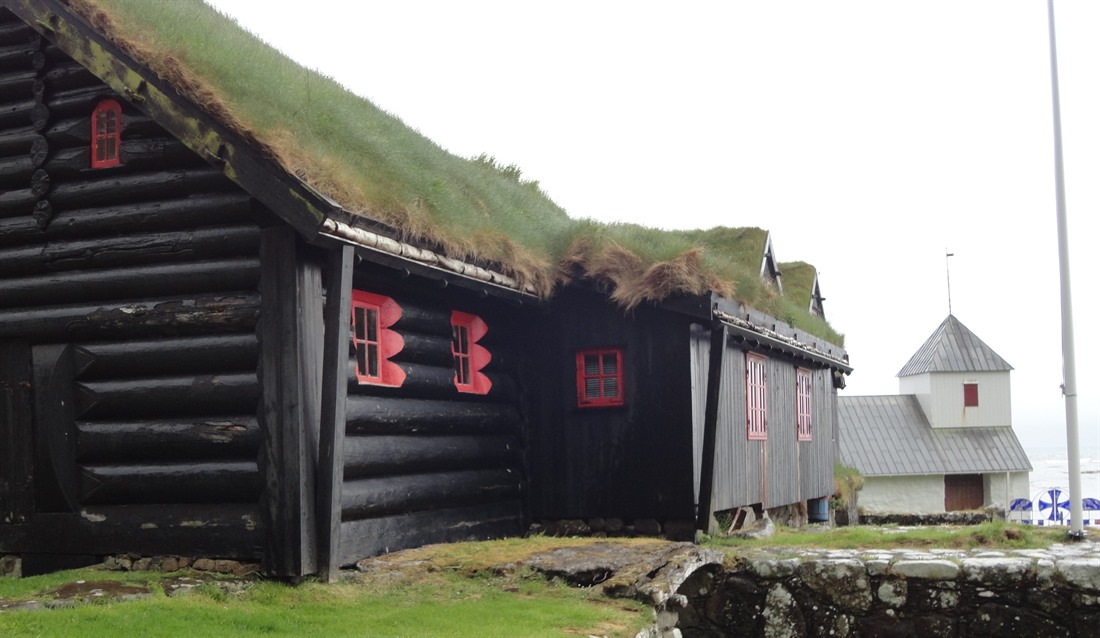 A 20-minute drive from Torshavn on the Southern tip of the Streymoy is the historic village of Kirkjubour. The picture shows the 11th-century Kirkjuboargardur farmhouse with impressive carvings both inside and out, and the 12th-century St Olav’s Church. Also nearby are the thick stone wall remains of Magnus Cathedral dating from 1300. The contrast in building materials couldn’t be greater, with a whitewashed church, a black wooden farmhouse and a stone cathedral. 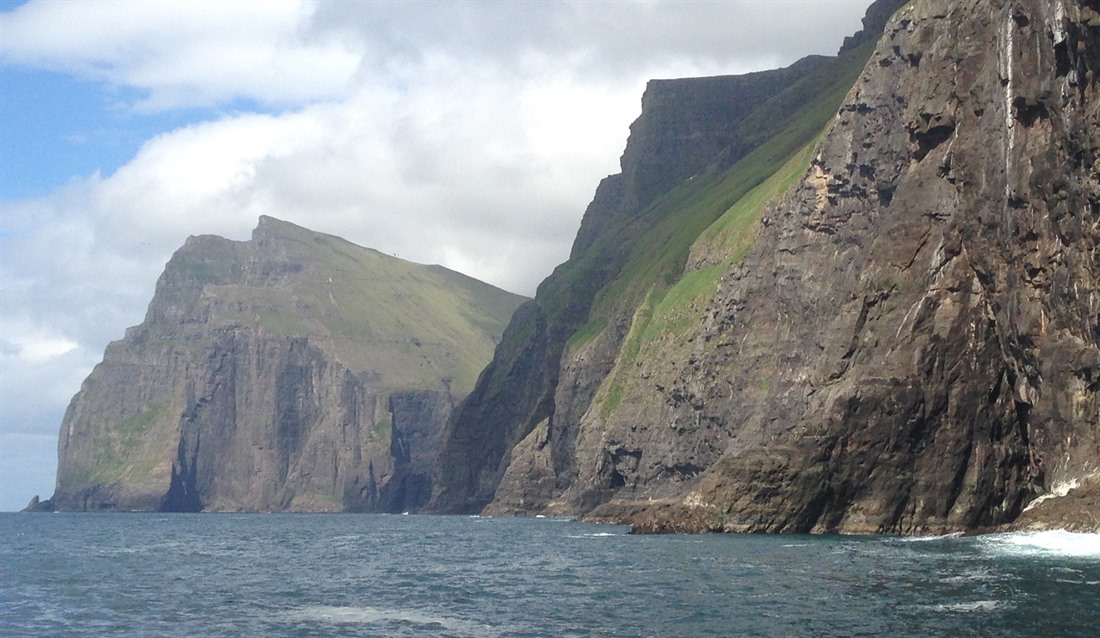 A short boat trip from Vestmanna on the west coast of Streymoy brings you to these imposing cliffs full of birdlife including puffins. I had brought binoculars but they there were unnecessary as the sky was full of seabirds and we sailed so close to them nesting on the cliffs. With nothing between here and Iceland there was quite a swell and the captain showed off his sailing skills by weaving in and out of rocks and small caverns.

Tranquil is the word that summarises this small settlement of traditional houses and a turf-roofed church at the Northern end of Streymoy. The water in the picture is an estuary with a very narrow opening to the North Atlantic Ocean. The last few miles of the road to here were across the middle of the island with rough pasture and many hardy grazing sheep. 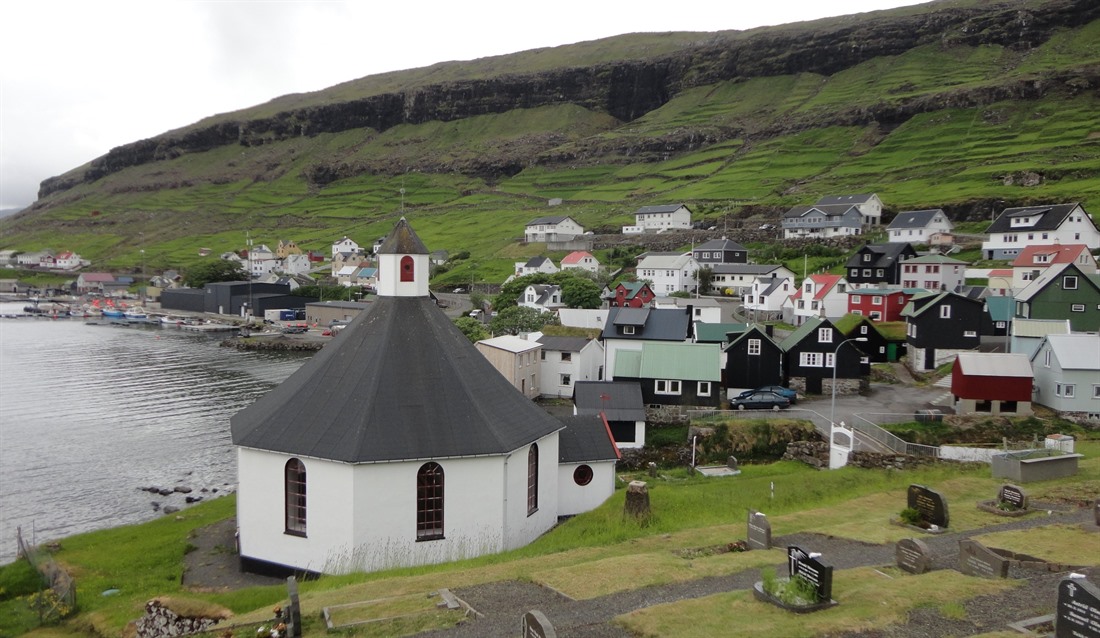 Every village is on the coast highlighting the importance of the ocean to the Faroese way of life. Each has a selection of coloured houses and a church. At Haldarsvik on Streymoy the church is unique in being octagonal. The picture also shows the rocky outcrops which sit above much of the coast. 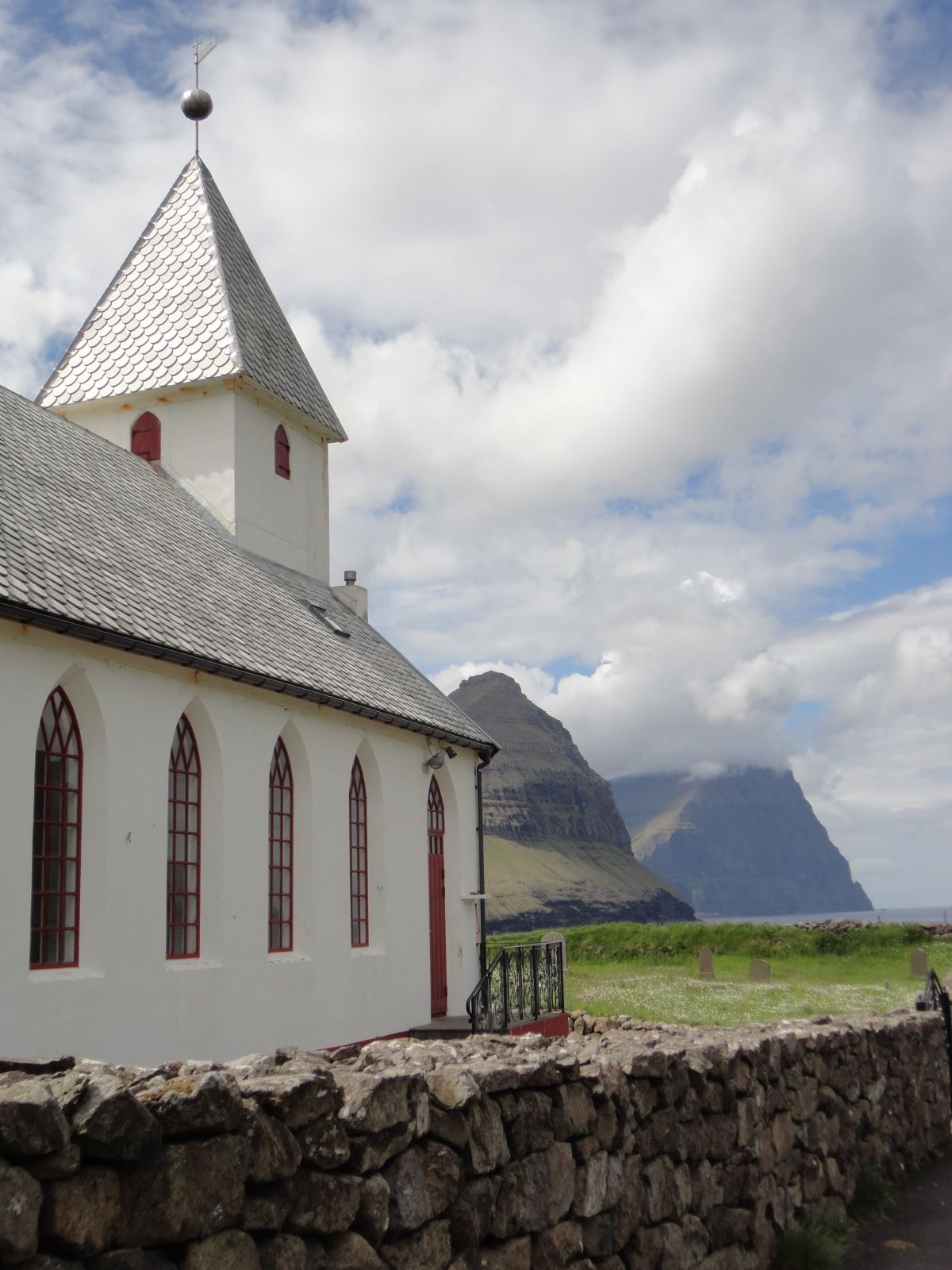 The furthest North settlement in the Faroes is the village of Vidareidi on the island of Vidoy reached from Torshavn by crossing a bridge to Eysturoy, a toll tunnel to Bordoy then a bridge again to Vidoy. The final part of the journey was through a long, narrow, single track, unlit tunnel with passing places. Quite frightening when a car is heading towards you and you’re not sure where the next passing place is! The reward for reaching the end of the road in this remote place is Elizabeth’s Restaurant where I had a late lunch of “home cooked” roasted guillemot in a thick sauce with boiled potatoes. 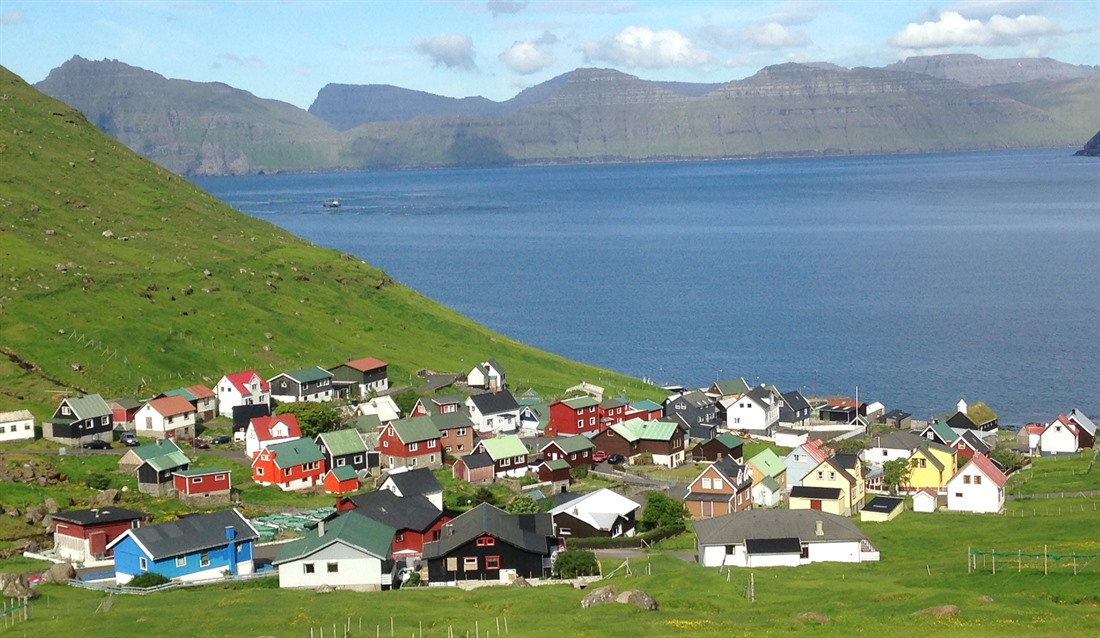 On the East side of Eysturoy Island is Funningur. The road North heads inland here climbing through a series of switchbacks above the village to give this fine view across to Kalsoy Island. 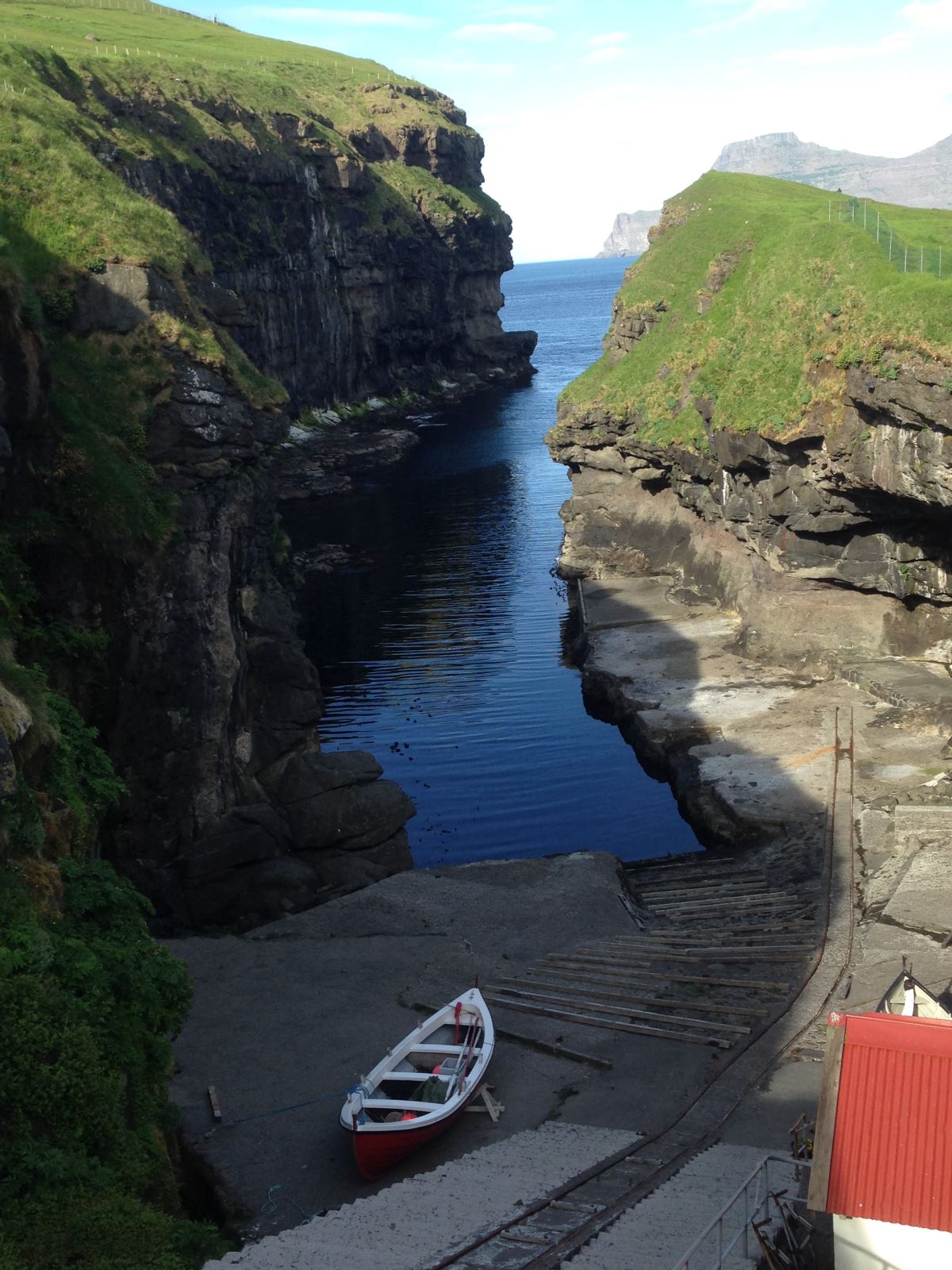 At the Northern end of Eysturoy is picturesque Gjogv. I reached there in the early evening of my last day in the Faroes. The cloud cleared for a sunny walk along the coast at this iconic jetty. The sun sets so late in summer that it is possible to see and do so much more in daylight. If you wanted to stay somewhere other than Torshavn here would be an excellent choice. There is a guest house with fine views. 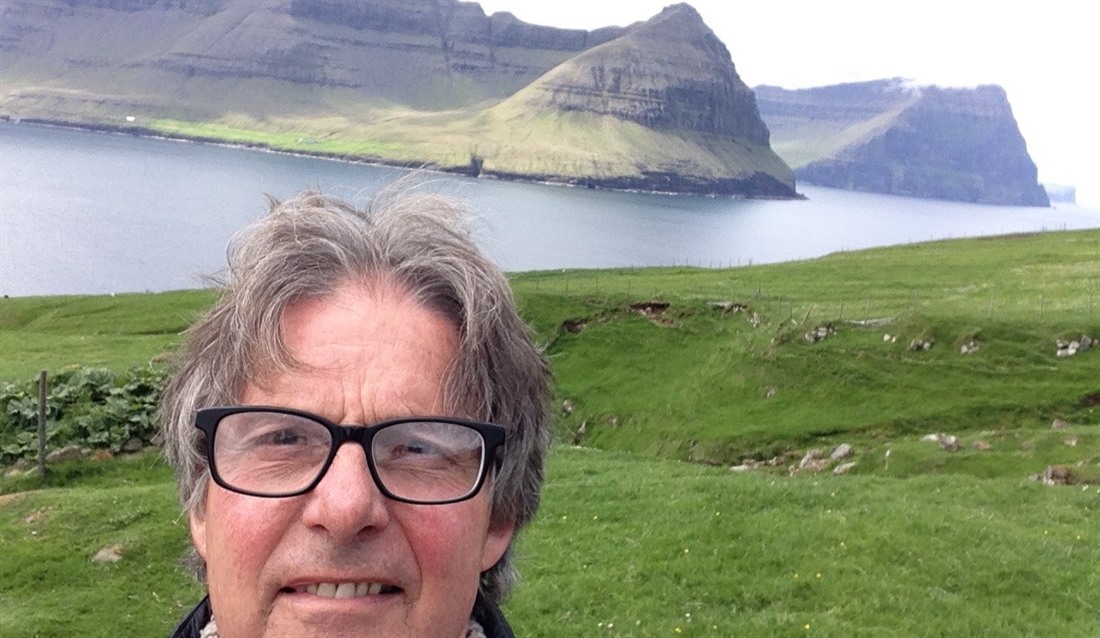 Behind the lens: Steve

Steve is a keen traveller with an interest in less visited countries. Since retiring 4 years ago he is working towards completing a visit to all European countries and territories. As well as the Faroe Islands he has visited Macedonia, Kosovo, Moldova, Transdniester, and Greenland with Regent and plans to visit Svalbard and Kaliningrad in 2018. Other recent trips include Bhutan, Myanmar, Chile and the Aland Islands. You can see more of Steve’s photos on Instagram @steve_ryder2