Northern lights myths from around the world

Northern lights myths from around the world

Many of us at Regent have been incredibly lucky and witnessed spectacular displays of the world's greatest natural light show: the northern lights. Visible above the Arctic Circle, the elusive aurora borealis can be seen during the winter months in Iceland, Norway, Sweden, Finland and Greenland, when skies are clear. Steeped in mystery, this strange phenomena has enchanted travellers and scientists alike for generations and plays a huge role in the myths and legends of the countries which are lucky enough to have experienced it every winter throughout history. In much the same way that the experience of viewing the northern lights differs between each destination, so too do the stories about the lights. Here Andrea Godfrey explores the traditional tales that surround the aurora. 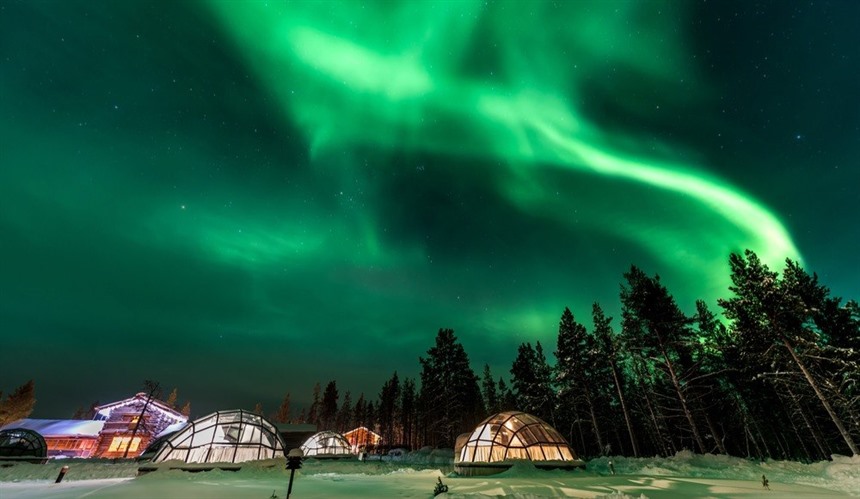 With 200 days of 'winter', the chances of seeing the northern lights in Finnish Lapland are extremely high. In Rovaniemi last year, I took my nephew on a snowmobile excursion to a reindeer farm and as we warmed up around an open fire in a traditional kota – we listened to the Sami storyteller tell us about the “revontulet” – the Finnish name for the northern lights, which means Fire Fox. In hushed tones, he told us that one freezing night in the forest all the animals were shivering with cold, but, legend has it, the cunning arctic fox had an idea to keep warm: he ran out on to the lake and began to run and run. He ran so fast his tail whooshed down onto icy lake swirling to snow up to the heavens and the sparks from his tail lit up the night sky. 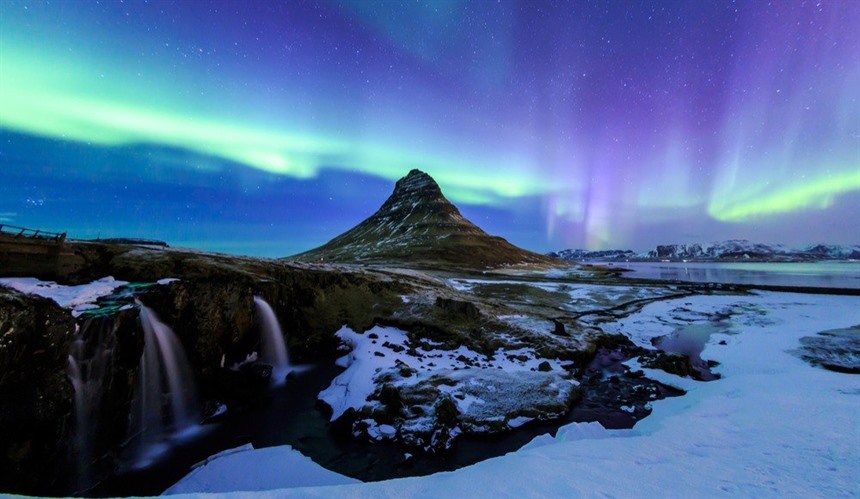 An aid to childbirth, Iceland

A few years ago, I was travelling in February on our Land of the Northern Lights Group Tour. On our second night in Reykholt in Borgarfjörður, the receptionist kindly knocked on my door just as I was going to sleep, to inform me that the Northern Lights were out. I put on all my winter layers and headed out. I hesitated slightly as I walked past the old church and through the graveyard into dark wintry night, shivering and trying to brush off thoughts that this would be a good start to a horror film, but it was not dark for long. Moments later the sky lit up with this amazing green light which began to swirl, unfold and dance – it was absolutely ethereal and mesmerising. 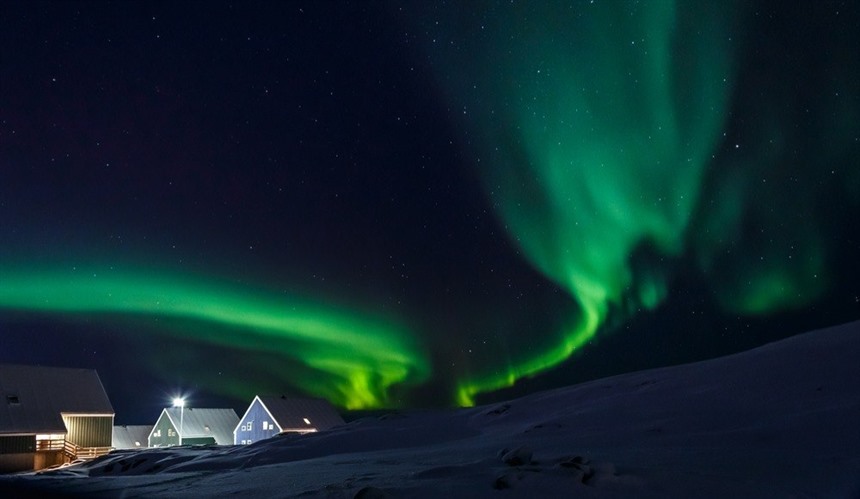 In Greenland not only are the auroral displays very impressive, the northern lights can be seen fairly early in the season too. It was not the best display I have seen but they did appear one evening in late September, even over the bright lights of Nuuk – Greenland’s tiny capital. Greenland is home to some of my favourite beliefs surrounding the northern lights: the Inuit of Greenland believed that the lights were spirits trying to communicate with the living, while another legend told of spirits playing a game across the sky with a walrus skull. In other words, you could be witnessing a celestial game of football each time the northern lights dance. 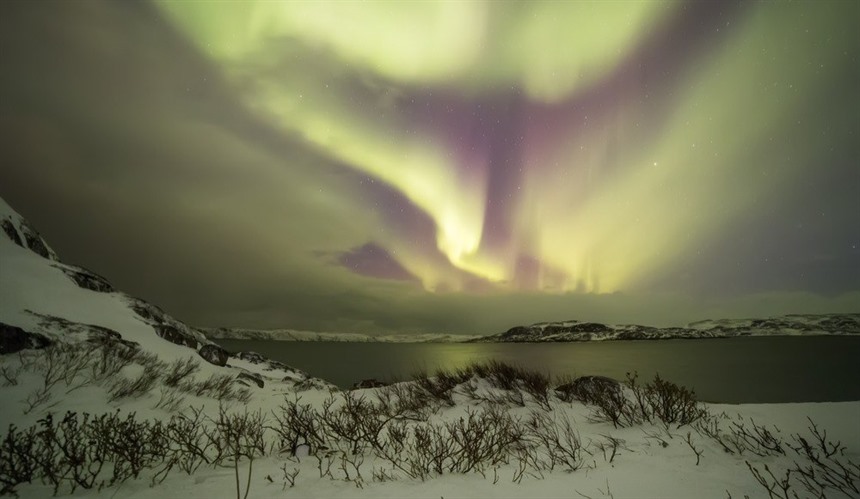 A glimpse of heaven, Russia

When I visited Murmansk in Northern Russia in December, I thought the trip couldn't get any better after an absolutely fascinating guided tour of the world’s first nuclear ice-breaker. Built during the Soviet period the impressive ship, named Lenin, is a magnet for travellers interested in Soviet History like myself. But then later that evening, the northern lights decided to appear. After driving around the freezing arctic tundra, we were just about to give up and head back to Murmansk when that tell-tale white cloud appeared in the skies, which and soon lit up bright green and began swirling. Seeing the northern lights in Russia was a completely different experience for me, and definitely one of my favourite.

The Chukchi, an indigenous people living much further east from Murmansk, believe the lights are an area of heaven rarely seen, the home of those who died a violent death. Old Russian texts from the 15th century describe the northern lights as heavenly armies fighting. 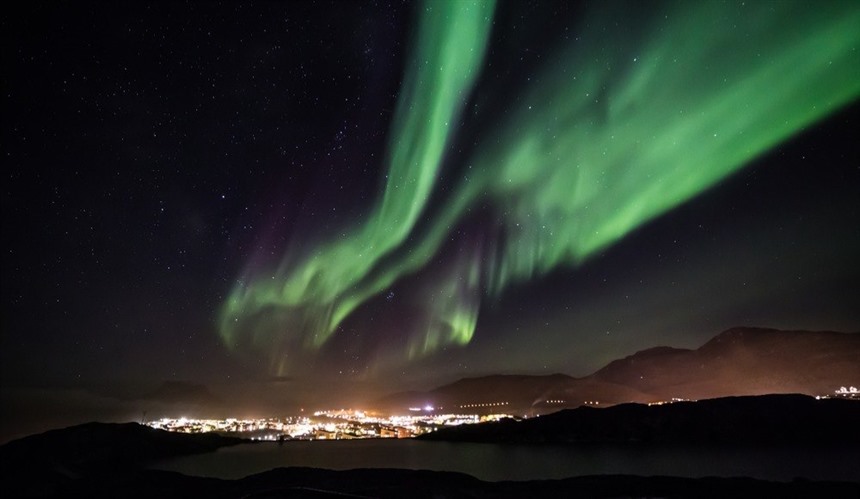 Norway is a fantastic place to see the northern lights, but my top place to recommend is Svalbard – Norway's arctic archipelago. I travelled there during polar nights last January to set up our Polar Nights Group Tour: as it is dark all day long, it is possible to even see the northern lights during the day. However, it was on our very last night, whilst we enjoyed a rich reindeer stew at an Arctic Wilderness Hut located away from the lights of Longyearbyen, somebody poked their head around the door to let us know the northern lights had appeared outside. There was a mini stampede as 20 or so persons rushed to put on their many layers to face the freezing winter conditions, but sure enough there the lights glowed green above the icy pinnacles of the valley sides.

In Norway, old Viking legends spin tales of the northern lights being reflections of light bouncing off the Valkyrkies' armour as they led the dead warriors to join Odin in Asgard. Other Norwegian folklore says that the lights are the souls of old maids dancing in the heavens and waving down to the people back on earth.