Regent's book review: 'Travels in blood and honey: becoming a beekeeper in Kosovo' by Elizabeth Gowing

‘Travels in Blood and Honey: Becoming a beekeeper in Kosovo’ by Elizabeth Gowing

Having rekindled my passion for Kosovo after my recent trip there, I decided to read some of the books we recommend on our suggested reading list in our travel tips for Kosovo.

As Elizabeth Gowing explains in her book ‘Travels in Blood and Honey: Becoming a beekeeper in Kosovo’, that in Turkish, bal means ‘honey’ and kan means ‘blood’.  “The story, almost certainly untrue, goes that when the Turks arrived in the Bal-kans, they immediately saw the potential of a fertile land where you can be happy sipping sweet nectar.  Only when they had discovered how hard they would have to fight to subdue, and eventually lose, the territory, did they understand its second syllable.  And that is how the region got its full name, the land of blood and honey.”

Balkans – a name so fitting for this region, with scars from recent wars dotted around the landscape and embedded into people’s psyche but it’s a region full of sweet, kind welcoming people and beautiful rural scenery.

Elizabeth Gowing, following her husband’s relocation to Kosovo as advisor to Prime Minister Agim Çeku, really delves into the history and culture Kosovo, which actually became independent during her time there. Elizabeth spends time with Albanians and Serbians alike as they struggle to find their way and identity in the newest country in Europe.

I was really impressed by her commitment to learn both Albanian and Serbian and throughout the book we learn a few words too. It is such a fascinating read – her husband gives her a beehive on her first birthday in Kosovo and thus begins her beekeeping apprenticeship with a local family, as her beehive sits on their land.

We learn about this family as they become Elizabeth’s family, as well as a lot about bee keeping in general. Elizabeth travels all over Kosovo meeting other bee keepers, political activists, former military personnel and even the prime minister himself. 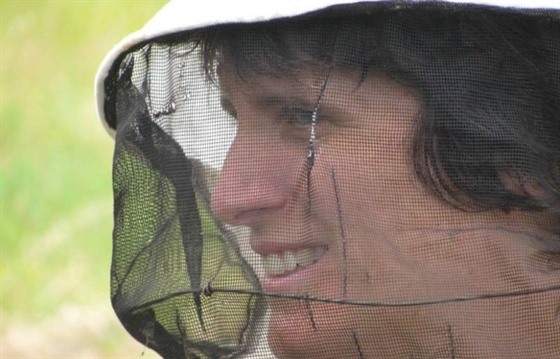 I had no idea that the Kosovans ate so much honey and Elizabeth’s stories are interspersed with recipes, some simple and some very involved so I am not sure I will making nettle pite (a pie made with filo pastry cut into slices like a pizza) any time soon but the orange and walnut strudel sounds very tempting!

What really comes through the pages of this book, apart from the author’s fascination with bees and honey, is her love for Kosovo and its people.  You feel you are reading about the start of a great love affair that will never end, even with her eventual move back to the UK and yes Kosovo really does have that effect on you.

Order the book at www.elizabethgowing.com