Montenegro literally translates as ‘black mountain’ so it’s no surprise that this tiny country has its fair share of them. I was on a six day tour of the country, where day three consisted of a whistle stop tour of the mountainous region between Kolasin and Podgorica.

We began from my hotel, the Bianca Resort in Kolasin, a visually impressive building in itself and the perfect base from which to explore the first national park of the day, Biogradska Gora. This park is one of the few remaining primeval forests left in the world and is surrounded by the Bjelasica mountain massif. The forest gives way to the shimmering Biograd Lake. Gentle walks can be taken around the lake or the more hardy alpine adventurers can take one of the more strenuous walks up on the mountain. Another popular way to see the park is by jeep safari. 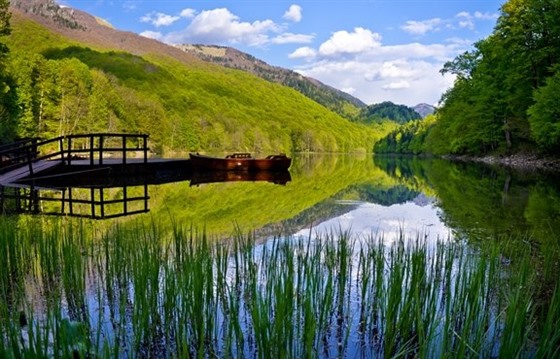 After a short walk, my guide Slavko and I jumped back in the car and headed towards the Tara Canyon and Durmitor National Park. En-route we made a pit-stop at a quaint restaurant called Ravnjak, nestled in a tranquil setting in the middle of the valley, alongside a fast flowing natural spring. This  place was once President Tito’s hunting lodge – I can see why the charismatic leader chose this place to exhibit his wild boar heads! 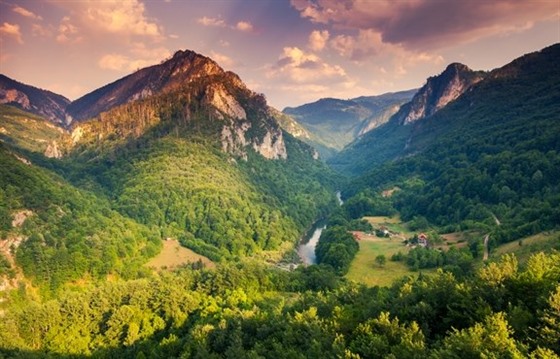 The Tara River Canyon is the deepest of its kind in Europe and is spanned by the magnificent Tara Bridge. Two zip lines of varying lengths traverse the canyon, wizzing passengers across its vast expanse. My knees weakened as I watched men squeal their way across, already feeling the affects of the winding mountain roads that had brought us here. 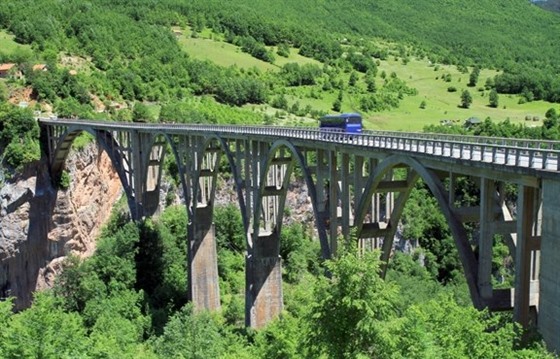 After snapping a multitude of photos we moved on to Zabljak, the epicentre of the Durmitor National Park and the place to be if you are an adventure sports enthusiast! Arriving in the town, I was struck by the change in architectural styles. It looked like we had been transported to Scandinavia. Houses with deeply slanted roofs dotted the countryside, wildly different from the Venetian Kotor that I had visited only two days before. 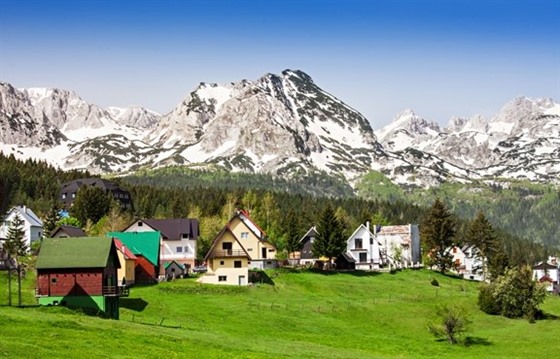 The focal point of  Durmitor National Park itself is the ‘black lake’, which doesn’t live up to its name as is in fact much bluer than the name suggests. The lake looked stunning dappled in the early autumn sun. Walking around its perimeter is a very relaxing way to spend an afternoon and there are many hiking trails to be discovered in the surrounding mountains, for those looking for a bit more adventure. 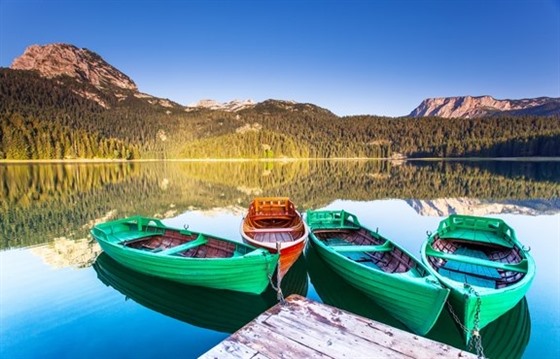 The last stop of the day was at the awe-inspiring Ostrog Monastery, a popular pilgrimage site for followers of the Orthodox Church which was exemplified by crowds of Bosnian families dragging mattresses out of their cars to spend the night underneath the stars. Built into the almost sheer rock face, it is a truly impressive sight. The drive up to the monastery is a hair-raising experience for those non-initiated in the etiquette of Montenegrin roads but well worth the journey for the sheer mysticism of the monastery itself and for the wonderful views of the valley below. 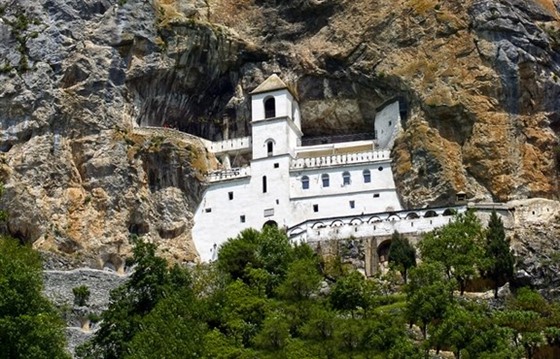 Read more about our Montenegro holidays.

Click here to explore our full collection of Montenegro holidays