As featured in the Sunday Times, follow in the footsteps of comedian and author Tony Hawks exploring the best of Albania’s culture and coastline.

Visit archaeological sites, monasteries, castles and UNESCO heritage sites and then relax in the coastal resort of Ksamil with its calm, turquoise waters and stretch of white sandy beach.

This itinerary can be tailored to suit your requirements- please speak to a Regent Albania specialist. 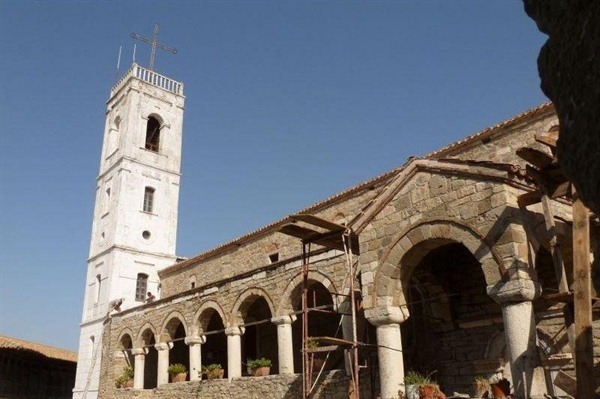 On arrival at Tirana airport meet your local driver/guide. Drive towards Gjirokaster, stopping first in the port city of Durres where you will visit the ancient city walls, the Roman amphitheatre and the Byzantine forum of the city. Durres is the main port and the second biggest city in the country.  Next stop will be in Ardenica, where you will visit its monastery. The monastery is famed as being the place where, in 1451, the marriage of Albania’s national hero, Skanderbeg to Andronika Arianiti was celebrated. Continue to Gjirokaster and check in to your hotel. Gjirokaster, a UNESCO World Heritage Site, known by many as the City of Stone, comprises of hundreds of Ottoman-style tower houses with distinctive stone roofs, wooden balconies and white-washed stone walls. Dominated by the sheer flanks of its vast castle, Gjirokaster is a magical city with a tumultuous past. From feudal stronghold to Ottoman jewel to Italian colony, the city has known many rulers and has inspired poets, authors and artists. A walk around the network of cobbled streets will surely transport you back in time and a visit to the vast 13th-century Castle brings the adventurous tales of medieval rulers and communist atrocities alive. (B) 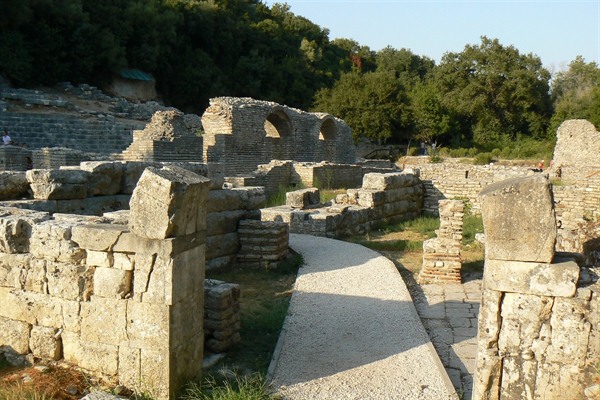 After breakfast, drive to the UNESCO site of Butrint, visiting the Blue Eye Spring en route; the vivid deep blue of the waters give the spring its name. The pool is surrounded by mature woods, forming a magically beautiful location – particularly in the vivid colours of spring and autumn. Many stories and myths surround the spring, from twelve-headed dragons to the spectacular depth of the spring. Next stop will bE the UNESCO site of Butrint. By the 5th century BC Butrint became a fully formed ancient city. The main importance and magnificence of the site was during the Roman period when the city was proclaimed a Roman colony and used by the Roman aristocracy as a holiday destination. The construction of the Great Basilica and of the baptistery dates to this period. The floor of the baptistery is covered by detailed and well-preserved mosaics. Continue to the nearby village of Ksamil for your 3 night coastal beach stay. (B) 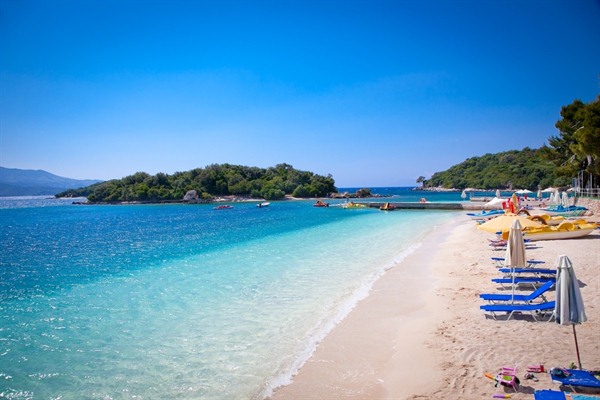 Relax on the sandy beaches of Ksamil, located on Albania's Ionian riviera and directly opposite Corfu. (B) 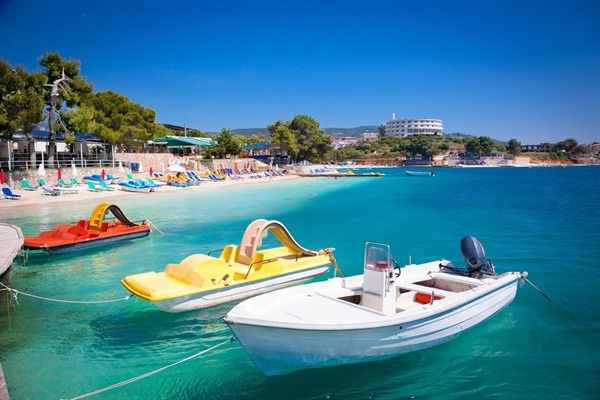 Day at leisure. In the evening, take an optional visit to the nearby town of Saranda and dine in one of the top restaurants in the area. (B) 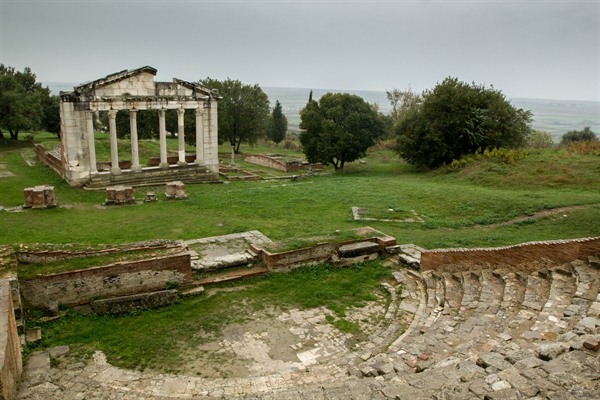 After breakfast, depart towards Berat. Stop off at The Gulf of Porto Palermo for a visit to the Fortress of Ali Pasha Tepelena, then drive up and over the Llogra Pass and along the stunning Albanian Riviera. The Albanian Ionian Riviera has been dubbed by some as “the last secret of Europe”. The Ionian coast here is very rugged, with rocky coves along the narrow coastal strip and steep mountains rising almost straight up along much of its length. Visit the ancient Illyiran city of Appolonia before arriving in Berat. Berat is known as “The town of one Thousand windows” due to the many large windows that decorate the houses of the old town. The town is still renowned for its historic architecture and particular beauty and has been declared as a world heritage site by UNESCO. The town is made up of three historical quarters and has several 15th century mosques and numerous Byzantine orthodox churches. Several of the churches have frescoes painted by the well known artist, Onufri. The icons museum is located in the old cathedral church of the Castle and the Ethnographic museum hosted in an old house in the Mangalem quarter. (B) 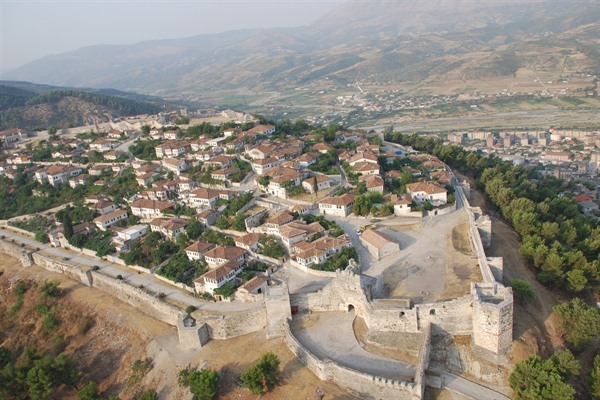 After breakfast, visit the historical upper part of the city including the Citadel and the iconographic museum. In the afternoon, transfer back to Tirana. Tirana is located on the site of a Byzantine fortress and has been the capital of Albania since 1920. The city tour of Tirana begins with visits to the National Museum, with its impressively decorated façade, National Art Gallery and Et’hem Beg Mosque. The capital and the biggest city in Albania offers a wide range of activities, museums and monuments to explore, most of which are centered around Skanderbeg Square and along the Martyrs of the Nations boulevard. (B)

After breakfast continue with the city tour of Tirana and discover Bunk’art; a huge nuclear bunker from the Communist era which has now been turned into a museum and art space. Afternoon at leisure. (B)

After a relaxing morning, transfer to Kruja for a sightseeing tour of the town. Visit the restored Castle and Citadel, the Ethnographic Museum and Skanderbeg Museum - located inside the castle and erected in memory of Albania’s national hero. Skanderbeg was originally from the area and Kruja was a strategic point in the anti-Ottoman resistance. Spend some time wandering the Kruja Bazaar - an excellent place to purchase souvenirs. Transfer to Airport for flight back to UK. (B) 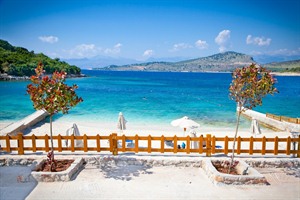 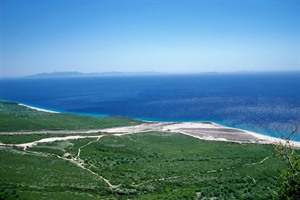 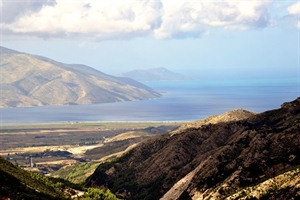 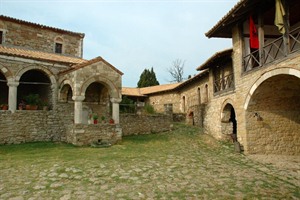 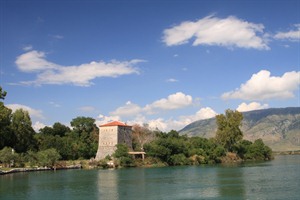 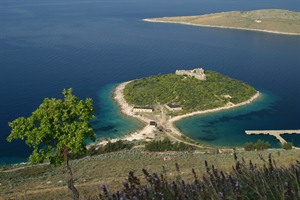