Feel like a pioneering adventurer and embark on a journey along the River Lena, one of the longest rivers in the world. Aboard the M/S Mikhail Svetlov from Yakutsk discover remarkable rock formations and uninhabited areas and take in the changing landscape of Siberia before reaching the Arctic Circle, where small settlements are home to reindeer breeders and the summer sun never sets.

A series of lectures and seminars by experienced speakers will introduce you to the history of the scientific and pioneering achievements in the Yakutia-Sakha Republic. Listen to interesting facts about the natural resources, particularly the diamond deposits, as well as astonishing discoveries of Mammoth fossils, and the ecological situation of the Lena River. Daily concerts, games, cocktail parties, and reading sessions will keep your evenings busy.
Chat to a travel specialist 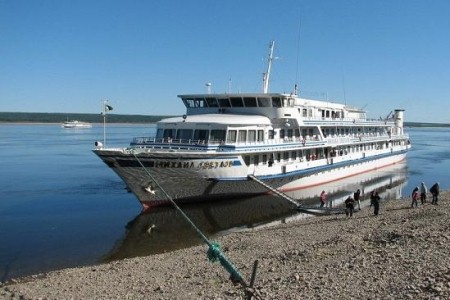 Arrive in Yakutsk and transfer to the river port and board the M/S Mikhail Svetlov. We recommend asking the crew to arrange a taxi into Yakutsk, the capital of the Russian Republic of Yakutia (Sakha). A city of approximately 300,000 people, Yakutsk is a major seaport on the Lena River. The population of Yakutsk is 30 percent native Yakut, however, the ratio of native to non-native or "white" Russian, increases as one travels away from the city and encounters a nomadic culture oriented to reindeer herding on the vast tundra. First established in 1632 by Cossack explorers, in 1932 this city became a place of exile for three generations of Russian revolutionaries and intellectuals, including Decembrists and Bolsheviks. Because of its remote location and extremely hard climatic conditions, it was known as the "prison without bars." Visit the impressive collection of historical artefacts at the Museum of Local Lore, including one of the world’s only complete woolly mammoth skeletons. (L,D) 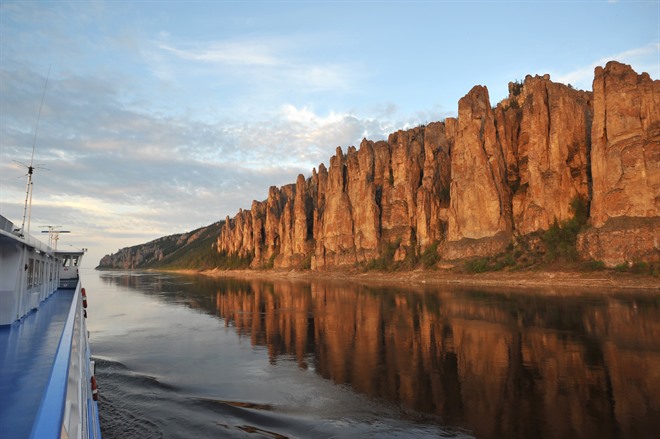 The geological formations known as the Lena Pillars have fascinated travellers to Yakutia since the 17th century. About 140 km upriver from Yakutsk, the rock of the cliffs alongside the river has been eroded away into delicate shapes of reddish-brown colours. The sheer columns are made of Kimberly limestone, with the surrounding softer rock being eroded over the millennium. Today the stone rocks resemble towering creatures, pillars and columns, reaching over 150 metres high. The Lena Pillars extend along the river for about 80km. For those interested, instructions for ascending the Lena Pillars will occur prior to arrival at the National Natural Park. Following a salutatory ceremony, climbing to the apex will commence (for the climb, athletic clothing and sturdy foot-wear are a necessity). A Captain's cocktail will follow, along with entertainment in the music salon. (B,L,D) 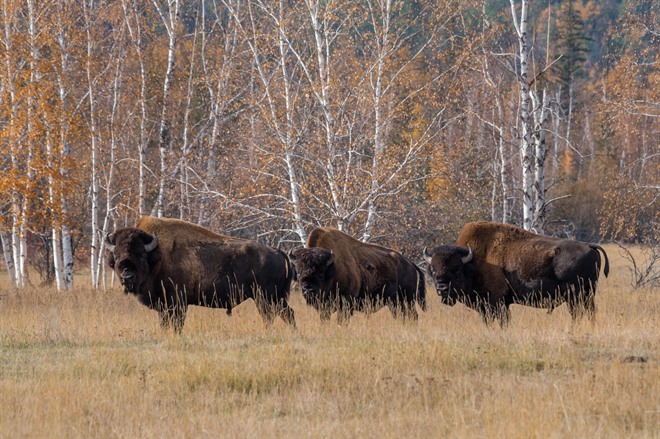 Cruise on the Buotama River mouth, near the village of Bulgunnyahtakh. In 2006, wood buffaloes were brought to the area from Canada with the aim of restoring the bison herd in Yakutia - the historical homeland of the animals. View the bison and learn about their re-acclimatisation to life in Russia. (B,L,D) 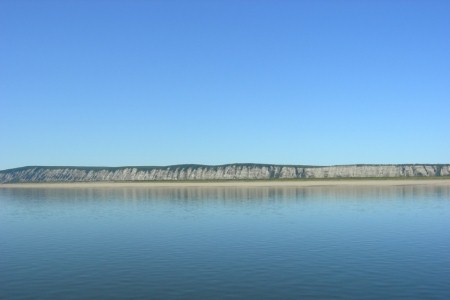 The journey reaches a section of the Lena River that enters the Central-Yakut lowland where there are many lakes and marshes on the river plain. The ship follows the route of the Aldan River, one of the largest tributaries of the Lena River, surrounded by the stunning Verkhoyansk Mountains. (B,L,D) 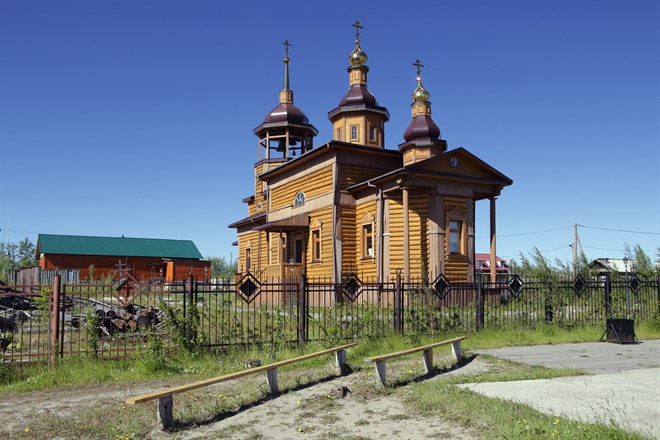 Cruise to Zhigansk, the first settlement beyond the Polar Circle, established as a fort in 1632 the same time as Yakutsk. The name of “Zhigansk” comes from the Tungus language and means “an inhabitant of lower lands” and the population of 3,000 is mainly concerned with hunting, fishing and cattle breeding. Enjoy a sightseeing tour of the town, where it is possible to buy fur boots made from reindeer. (B,L,D) 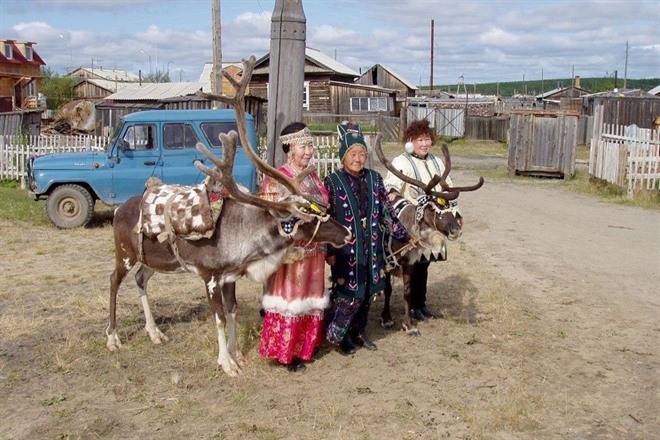 Visit Kyusyur, a small settlement in the north of the Arctic Circle. With a population of less than 1,500 the men here are engaged in reindeer husbandry and hunting and the women make beautiful traditional clothes decorated with fur and beads. (B,L,D) 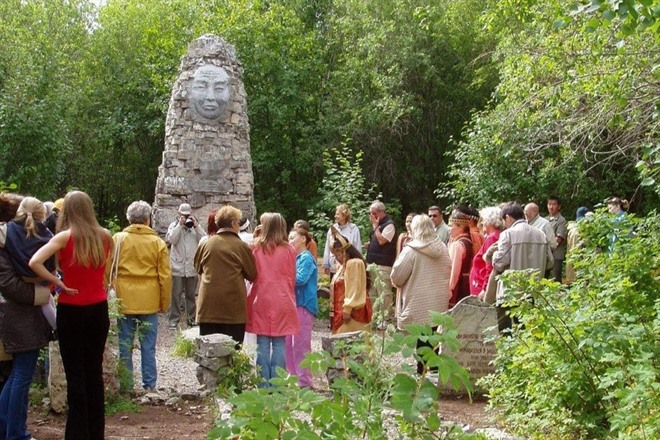 The ship arrives at the town of Tiksi, the most northerly destination of the tour. Here, the sun appears day and night over the summer months until it disappears for a long winter. The name of Tiksi is translated from the Yakut language as a “place of meeting, mooring place” and Tiksi appeared on the map in the middle of 1930s. Navigable time period here is extremely short only 2.5 months. During 9-10 months the Laptev sea is frozen and ice can reach up to 2 metres or more. Embark on a tour of this Soviet town surrounded by Arctic tundra, and visit the Regional Museum. (B,L,D) 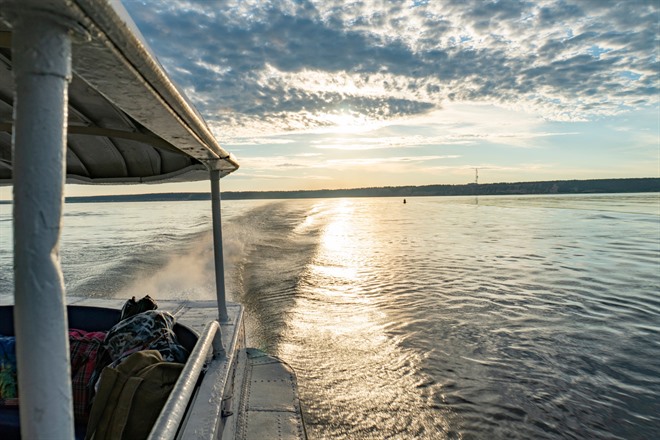 Today reach one of the largest islands in the Lena river bed, Tit-Ary island. Tit-Ary Island is part of the Ust-Lensky Nature Reserve and its name means “larch island" in the Yakut language. Here, visit a fish storage glacier hollowed out in permafrost and taste frozen fish. (B,L,D) 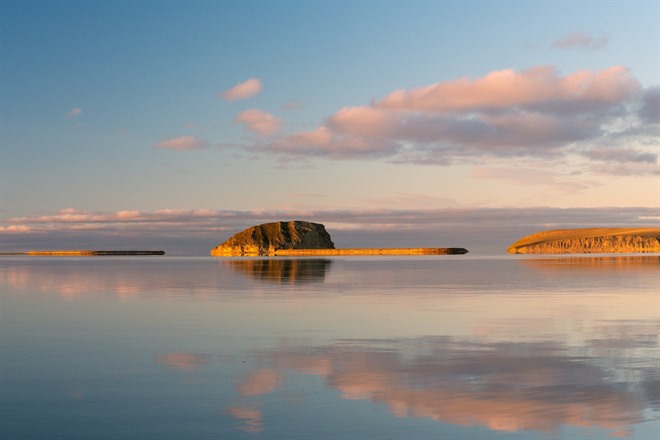 Spend a full day on board cruising along the Lena River - one of the greatest rivers of Siberia and one of the largest water arteries of the world, with a large estuary of over 32,000 square kilometres. Today the ship reaches the Arctic Ocean where the Lena River ends, cutting through mountains of solid rock forming a series of canyons and granite walls rising up to 400 metres high. (B,L,D)
DAY 10
POLAR CIRCLE 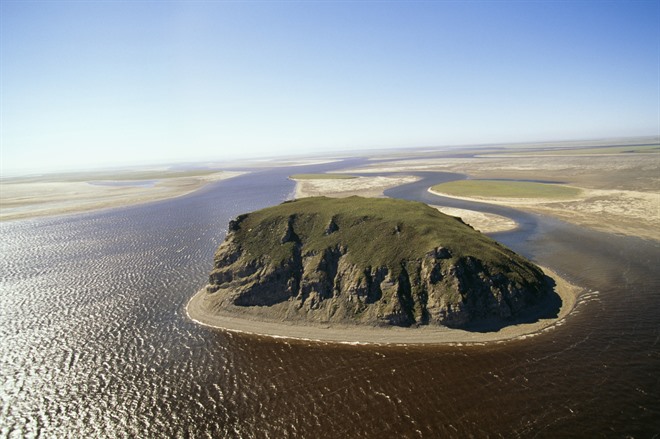 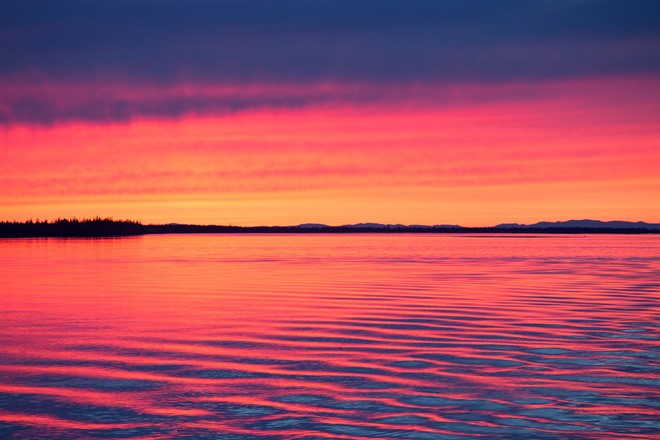 Enjoy a full day cruising. Pass one of the widest points of the Lena River at the confluences with its main tributaries - the Vilui and Aldan rivers. Admire this spectacular area, home to over 40 islands. (B,L,D) 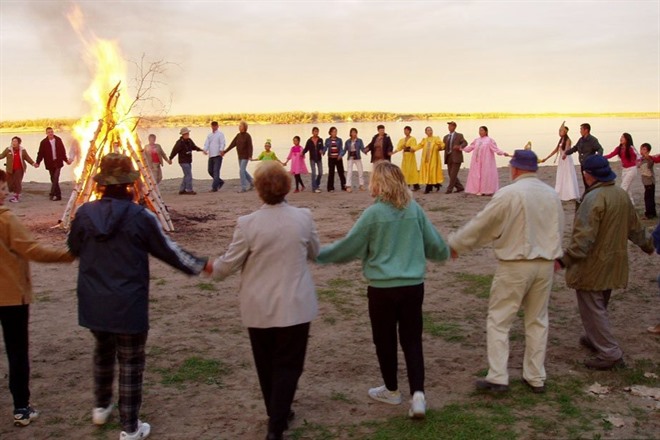 Enjoy a walk on this wild bank, see bounty of nature and enjoy a beautiful sunset. In the evening, enjoy a symbolic Fire of friendship and songs in different languages will be performed. (B,L,D) 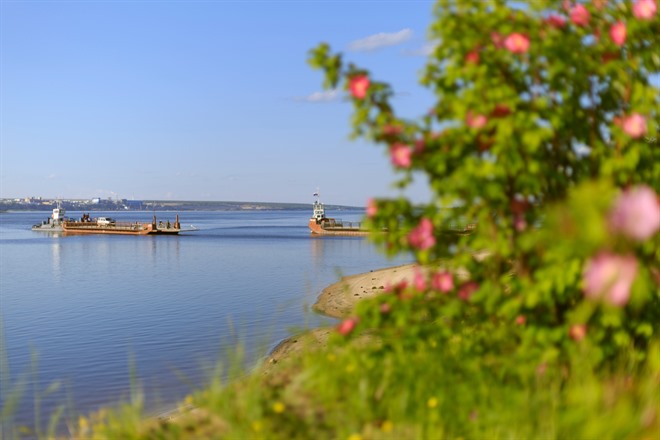 In the afternoon the ship reaches the village of Sottintsy. Here enjoy an excursion to the architecturally unique open-air museum “Druzhba” (“Friendship”). It is located at the original “Lensk stockaded town” founded by Russian Cossacks. The Museum is an excellent example of ancient wooden architecture in traditional Russian and Yakutian styles collected from various locations in the area. Here, see wooden home utensils, national Yakutian clothes and monuments to Russian Orthodoxy. Stunning landscapes and unique historical findings make the museum visit both informative and interesting. (B,L,D)

DAY 14
DEPART YAKUTSK
Arrive back into Yakutsk early in the morning. Transfer to the airport for the flight back to the UK. (B)
Chat to a travel specialist

The M/S Mikhail Svetlov is a three deck passenger motor ship which was built in Austria. It has modern navigation equipment, good maneuverability and is designed to explore interior waterways. The boat is fitted with modern furniture and equipment. Each room has a radio, shower and toilet. There is a restaurant with 82 seats, a bar with 50 seats and a conference hall. The length of the ship is 90 m, a width 15 m, draft 1.6 m. Cruising speed is 21.5 km/h. 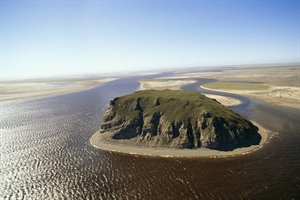 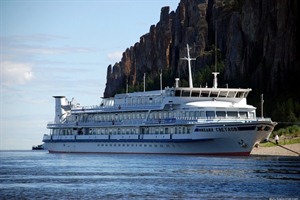 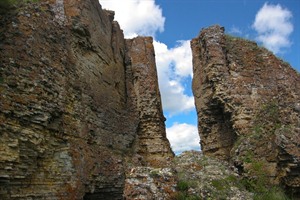 I am home safe and sound after a wonderful cruise. It was magnificent visiting an area that I knew little about. I learnt so much about the area of the Sakha republic and the people and their life, customs and beliefs. The voyage is highly recommended and I loved and enjoyed every moment. Thank you so much for your due care and for efficiently taking care of my arrangements. I am extremely satisfied.