Birdwatching in the Faroe Islands

Birdwatching in the Faroe Islands 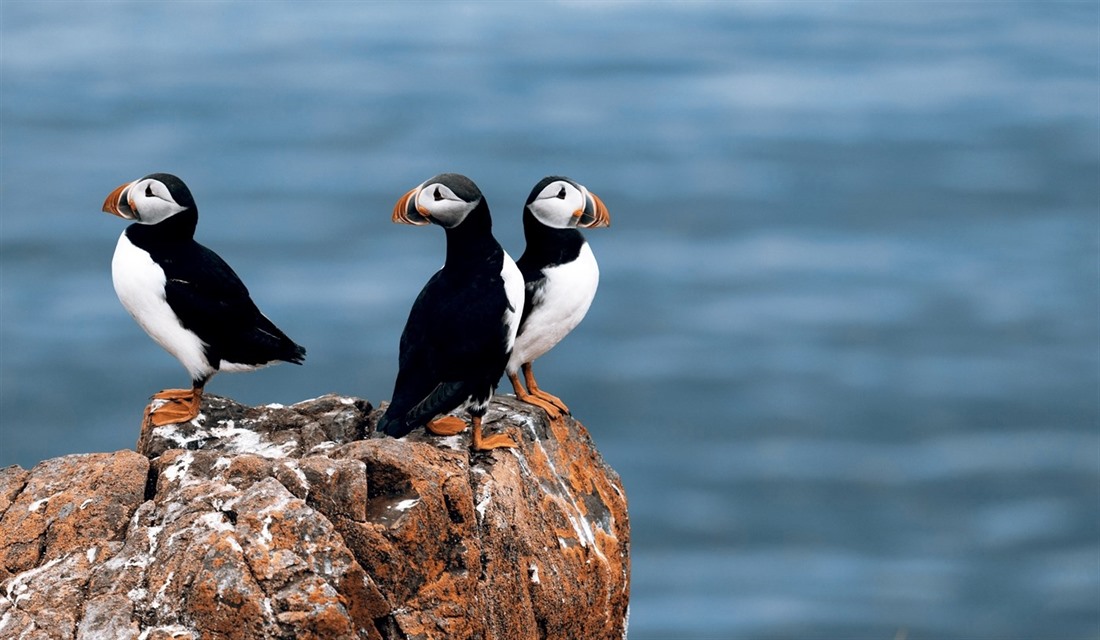 Islands of Wings, by Fiona Halliday

From the mouths of what looked like hundreds of rabbit burrows dotting the shallow hillside came a low groaning, as if whatever was inside had stomach ache. Were these the famous hidden folk, the ‘Huldafolk’, of the Faroes? A bright striped beak appeared instead from a burrow nearby and Harold, my stout Faroese guide, smiled.

Mykines is the most westerly of the Faroe Islands and faces into the great nothingness of the Atlantic. We stood on the edge of Lambi: a verdant puffin colony of thousands of burrows, a feathery watership down set below a sky filled with hundreds of puffins feeding. Suddenly, something broke the great wheel of flight overhead - I saw the silent menace of the great Arctic Skua, gliding silently past searching for an easy meal, slicing through the mist with a threatening hooked beak.

The Faroe Islands are a group of 18 steep-sided volcanic islands of astonishing layered rocks topped with greenness, the final stepping stones of northern Europe. Though in the most tempest-tossed corner of the North Atlantic, there is a lingering balminess in the air, sweetened by the Gulf Stream.  Their beauty is luminous yet austere, and the characteristic changeable conditions personify the phase 'There's no such thing as bad weather, only unsuitable clothing'. 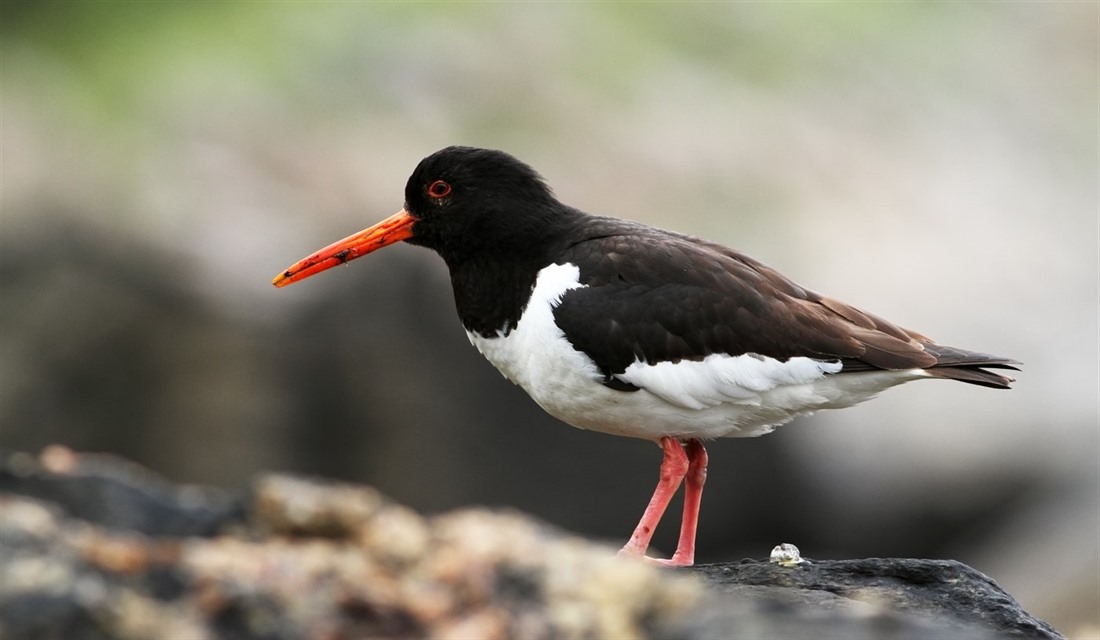 A holiday to the Faroes is not your typical safari. Here you generally need fog lights and binoculars for the things to be seen are small and cling to the vertiginous side of a 300m cliff or the foaming surface of the sea. From Kittiwakes and Arctic Terns to Storm Petrels, Puffins, Gannets and Guillemots, all the great marine wanderers of the North gather here to breed. The British came here too briefly during WWII and left behind a few things including the airport, and a fondness for tea cakes and fish and chips.

We are crossing the Atlantic,' Harold remarks as we arrive at the tiny bridge that separates Mykines from Mykinesholmur, and who’s name, Atlantarhavsbrugvin, takes longer to say than to cross it.  Around us spectacular vistas open up and we find the Holmgjogv colony of kittiwakes shrieking dementedly at one another.  He tells us about the albino puffin that once lived here which had a special dispensation from being hunted.

The boat ride to the unpronounceable cliffs of VestmannabjØrgini felt like a trip to Shutter Island.  A German in a tweed hat remarked of the thick gloom: 'Finest mist I've ever seen!' in a spirited attempt at jollity, and we moored in a dark, collapsed grotto where everything dripped and echoed. Despite making the journey over, as far as I could see there were few birds at Vestmanna anymore. 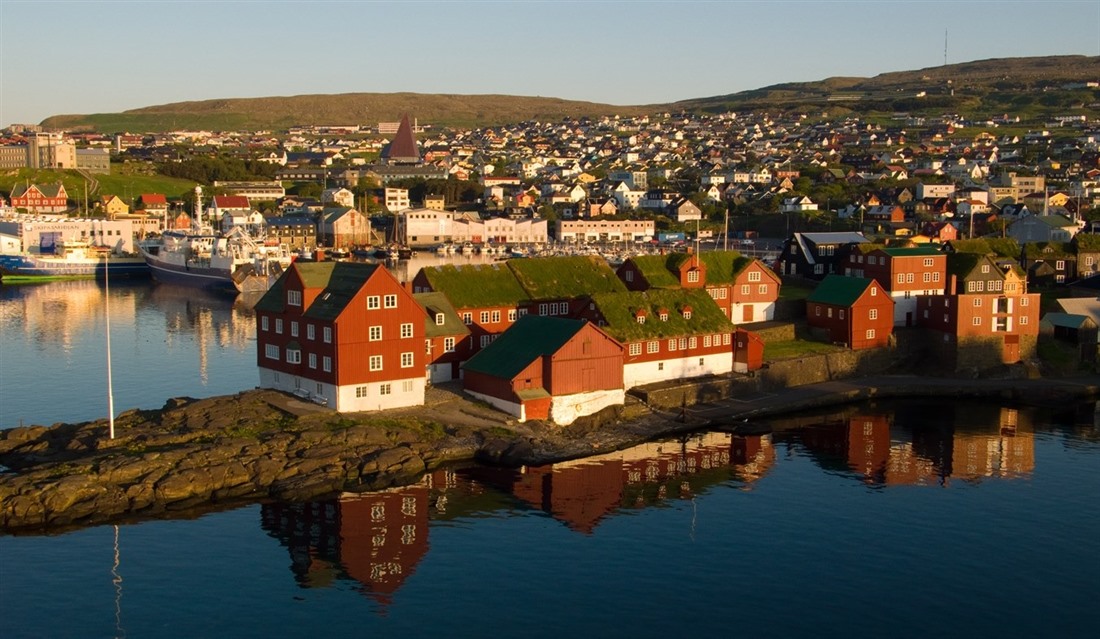 Jens-Kjeld Jensen, the Faroes' resident ornithologist, lives on Nolsoy with a collection of stuffed birds and has watched their shrinking populations since the 1970s. One catastrophic breeding season follows another; leaving seabirds everywhere in decline. Described as 'the canary in the mine’, this loss indicates a more pervasive change as the North Atlantic enters an age dictated by rising sea temperatures.

I later stuck my head out the window of my hotel room and spotted a nesting 'tjaldur,' the national bird of the Faroes.  I could see in detail the exquisite long, deadly beak for prying open and smashing molluscs and the red rimmed, watchful eye. They say it arrives promptly, on the 12th of March and departs on the 12th September, making it the only punctual thing on the Faroes.

We watched the mist lift from our respective perches. A sudden luminous blue stole over Tórshavn bay, the pearls of rain on the top of the bird's inky, dark head gleamed and the high cliffs of Nolsoy were revealed.

That's the Faroes: crowned with wind and storm, beauty and stoicism. 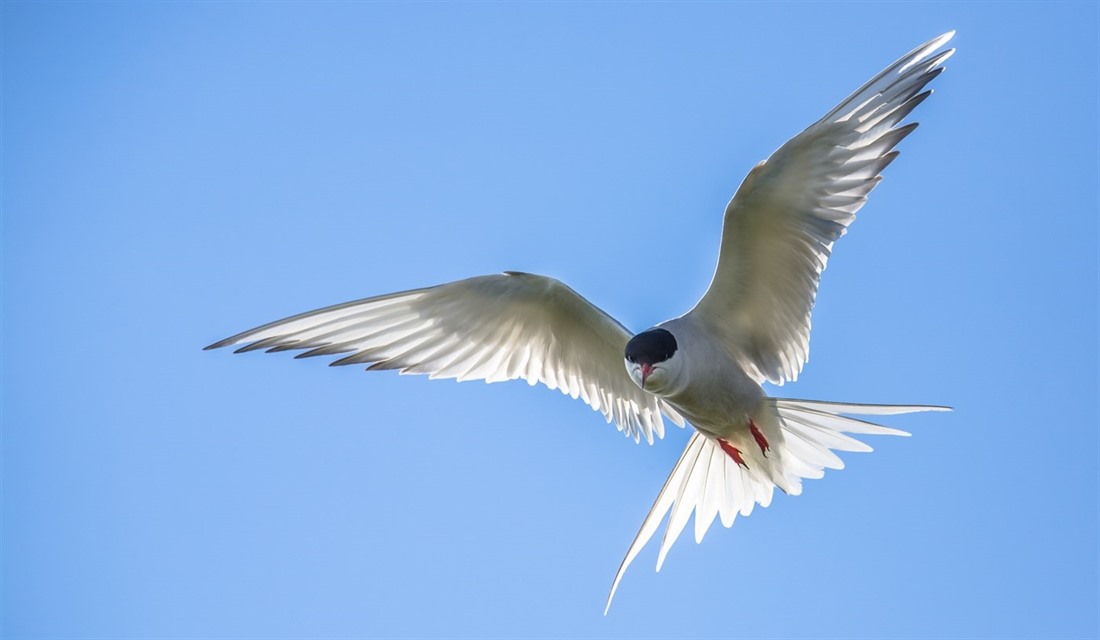 Click here to find out about Regent Holidays' Birdwatching in the Faroe Islands Fly-drive holiday.

In response to such popular demand for this year’s trip, we’ll be running two departures of our Faroe Islands In Depth Group Tour in 2020. Speak to a Regent Holidays Faroe Islands Specialist to register your interest and be the first to know when we release the tour dates.