Stretching from China to the Mediterranean, the Silk Road connected the great civilisations of East and West for over two millennia. The network of trade routes provided wealth and prosperity that allowed the settlements on its passage to thrive. Along with plenty of spices, furs, silk and jade, ideas and cultures were also traded along the Silk Road, making it one of the most unique and fascinating routes to travel. A true cultural and historic marvel.

We’ve compiled a list of some of the most impressive cities along the Old Silk Road that are still standing today: 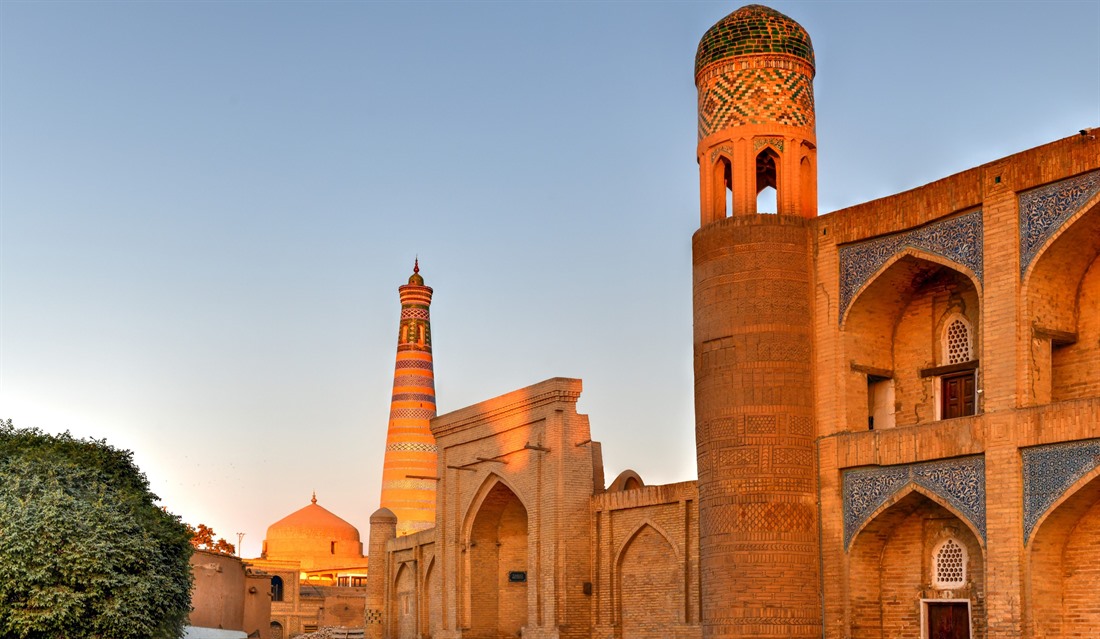 You may struggle to imagine Khiva’s brutal and violent history as a slave trade post as you amble between the ornate mosques, decorative madrassahs and tiled minarets within Ichon Qala (inside the wall). Its pristinely preserved old town is a far cry from its past and is now considered an important centre of Islam and is a UNESCO World Heritage Site.

No trip to Khiva is complete without a visit to the various street stalls where locals trade spices and dried fruits and you can choose from a range of vibrant fabrics, scarves, rugs and traditional crafts. 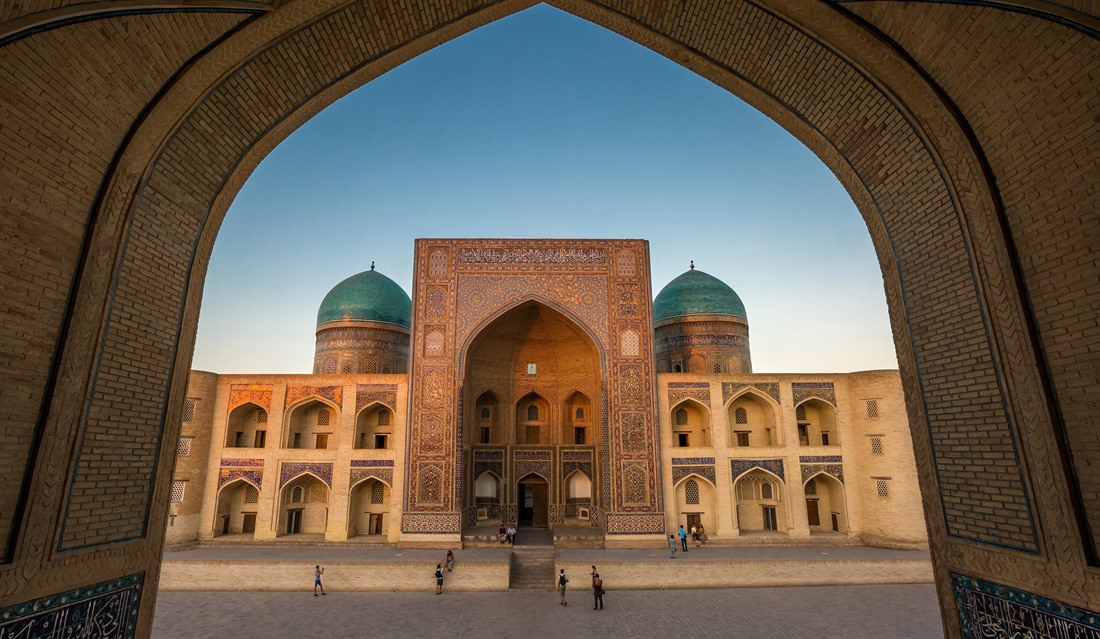 At 2,000 years old, Bukhara is the most complete example of a medieval city in Central Asia. Generously populated with mosques, madrassahs and minarets, the city is also home to the famous tomb of Ismail Samani, which is a masterpiece of 10th-century Muslim architecture. Bukhara has historically been a key intellectual centre of the Islamic world and an important area for trade, culture, religion and scholarship. Today, it is a beautifully preserved, ancient, enchanted city and one of the best places to view the region pre-Russian influence. Lose yourself for a few days in its atmospheric old town. 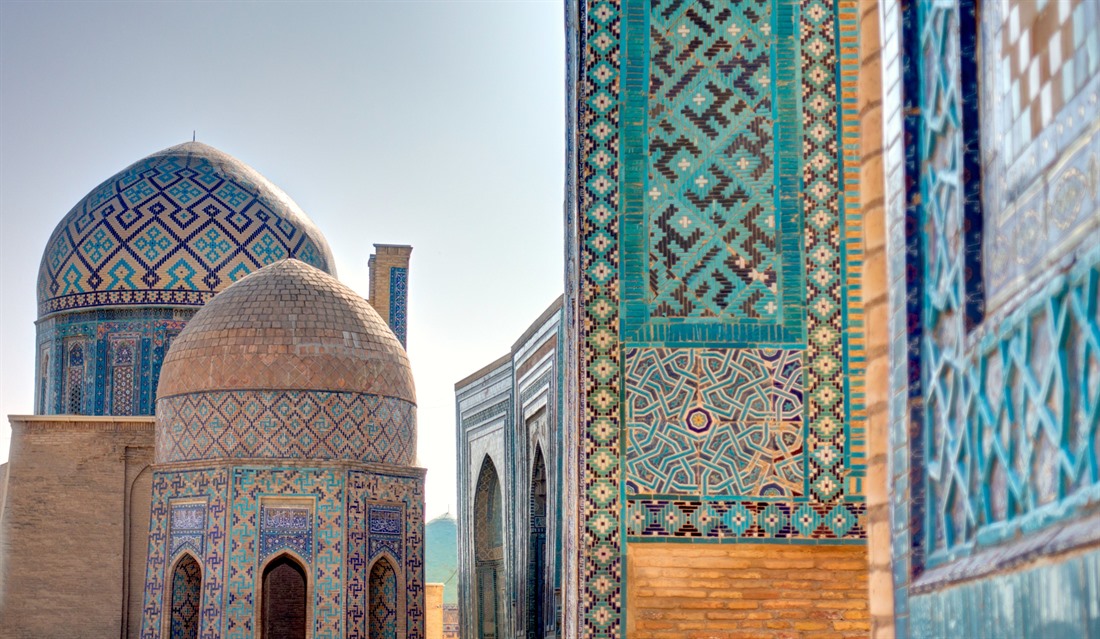 Delve in to one of the oldest continually inhabited cities in Central Asia as you explore the patterned passages of Samarkand. Considered a crossroads of the world’s cultures, the city has a history spanning over two and a half millennia. The ornate, blue-tiled buildings of Registan Square, the old centre of the city, will transport you back to the Timurid dynasty from when it was first constructed. The influence of these buildings stretches far, with a reflection of the architecture appearing in Iran, India and Russia. According to legend, the Shah-i-Zinda necropolis is the burial place of Kusam ibn Abbas, cousin of the Prophet Muhammad. 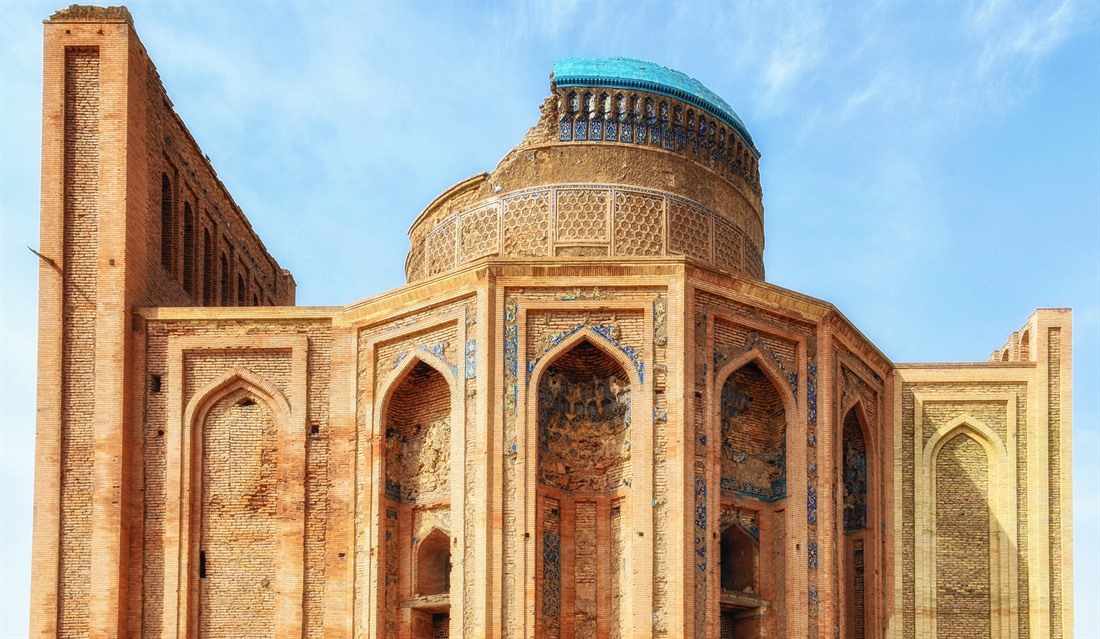 This city earns its place on the ‘most impressive’ list not because of a multitude of grand and ornate buildings, but because of its history and resilience. The exact dates of when this city was founded are uncertain, but it came into its prime between the 10th and 14th centuries when its strategic location made it an excellent Silk Road trading centre. The city became a centre-ground for many battles between Khwarezm ruler Yusef Sufi and Timur of the Timurid Empire, ending in Timur destroying much of the area. Today, only a few monuments remain but they are authentic and beautiful examples of traditional architecture. 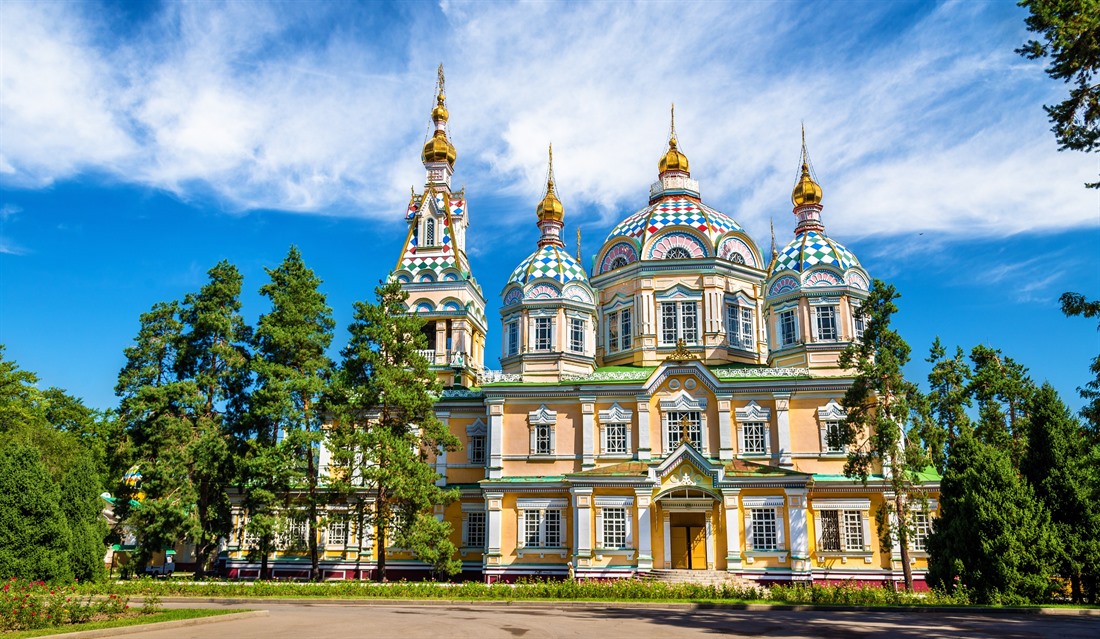 Almaty is a stark contrast to the other Silk Road cities mentioned in this list. Dating back to the Bronze Age, the settlement was ruled by the Saka and then Wusun tribes before becoming a key craft and trade centre along the Silk Road. As shipping trade grew, and the Silk Road routes declined, the Kazakh state was born. The Russians also exerted their influence over the area, resulting in what is now a unique, cosmopolitan city. Walk amongst gleaming monuments, sprawling parks, beautiful buildings and visit Zenkov Cathedral – built entirely from wood, with no nails!

Feeling inspired? Take a look at all our Silk Road holidays and explore this fascinating area for yourself.

If you enjoyed this article, you'll love:

10 pictures that will make you want to visit Uzbekistan now

A night at the Darvaza Gas Crater