Regent Holidays is proud to support Orangutan Appeal UK. For every Borneo holiday booked,  we will sponsor our chosen Sepilok orangutan, Gelison, in your name for a year. 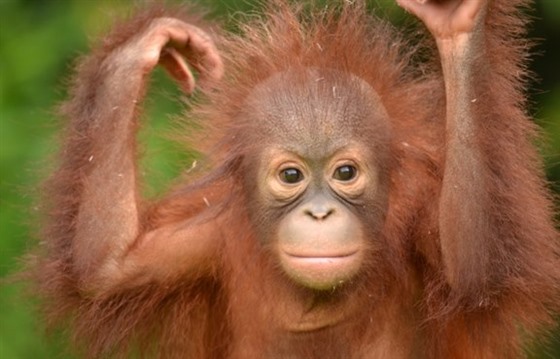 Gelison, whose name means ‘Pipe Smoker’ in the local Bornean tribe’s dialect, is a young male orangutan who arrived at Sepilok Orangutan Rehabilitation Centre in July of 2010. He was estimated to be just eight months old at the time. He was found alone on a palm oil plantation near the village of Sukau, which is on the Kinabatangan River. The workers who found him immediately took him to their office and arranged for him to be safely transported to the Sepilok Orangutan Rehabilitation Centre. The drive to the centre took over two hours but the workers knew that the baby orangutan would receive the very best care and attention at Sepilok and so it was a very necessary journey. 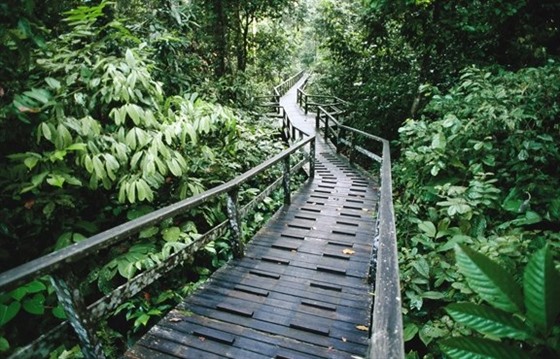 When they arrived at the centre the nurse gave him a good check over and was delighted to find he was generally in good health despite being a little thin and dehydrated as he had not been feeding on his mother’s milk for quite some time. He also had two wounds on his head and back and the staff at the centre thought the young orangutan and his mother may have been attacked by a pack of wild dogs. There were no signs of the mother when the baby was found so she may have fled into the forest to escape and became separated from her little boy. Mothers would not normally leave their infants so she must have been very frightened indeed.

When he arrived at Sepilok the nurse gave Gelison a warm bottle of milk and then placed him in a cot in the nursery, which was to be his home for some time to come. Gelison was exhausted after such a hectic day and soon curled up in the little hammock and went to sleep. In the morning it was a surprise for the new arrival to find he was not alone but surrounded by other babies, all of whom had been lucky enough to be rescued and brought to the centre. 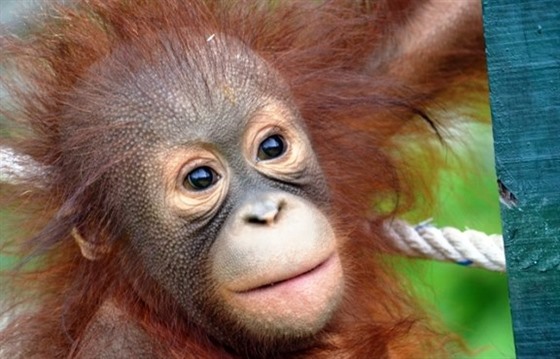 Over the next few months Gelison received all the TLC he could possibly need and the very best of care from the vets and nurses who frequently checked his blood to ensure he had not caught Malaria or picked up any parasites. Each week he was weighed and it wasn’t long before he started to put on weight and he is now approximately 10kg.

Gelison adores his bath time! Without his mother to groom him he relies on his carers to keep him clean. His carers are very careful not to get water in his eyes as he really doesn’t like this and has been known to panic, but as he has learnt to trust them he is now very cooperative.

Gelison is nearly three years old now and will often leave the nursery to play in the jungle gym with the other babies. The jungle gym is a network of small trees and platforms connected by ropes, which are perfect for swinging on and help to build up the orphan’s strength. Gelison has been learning from the other orphans how to negotiate the ropes and branches, and he often spends time with Chikita, who encourages him to follow her and climb higher. 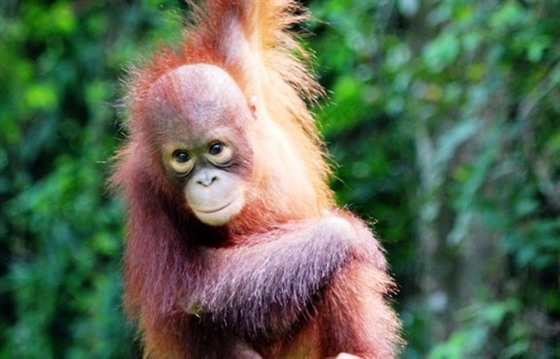 Gelison’s journey back to the wild will be challenging at times, but also very interesting and exciting. He has a lot to learn before he can be released into the forest, but he has already started making positive steps, and we look forward to keeping you up to date with Gelison’s progress.

Click here to explore our full collection of Borneo Holiday