Bhutan is a tiny landlocked country tucked away in the eastern Himalayas and quite literally squeezed in-between India and China. Located at the boundary of the Indian and Eurasian plates, the land underfoot is constantly on the move, the country is awash with any number of stunning religious buildings.

The country does not attract huge numbers of visitors but many of those who do venture here are attracted by the opportunity to visit the numerous Bhutan houses called dzongs (fort-monastery), goembas (Buddhist monastery) and lhakhangs (‘God houses’).

Dzongs throughout Bhutan were historically always built in places of strategic military importance and were the residences of various penlops (regional governors) and dzongpens (dzong lords).

They also housed many of the regions important relics and texts. Over the years they have evolved to become important hubs of religious and cultural activity as well as regional administration centres and are often the location of the lively festivals held at various times of the year.

Many of these dzongs stand out for one reason or another so read on for a list of our top 5 dzongs of Bhutan. 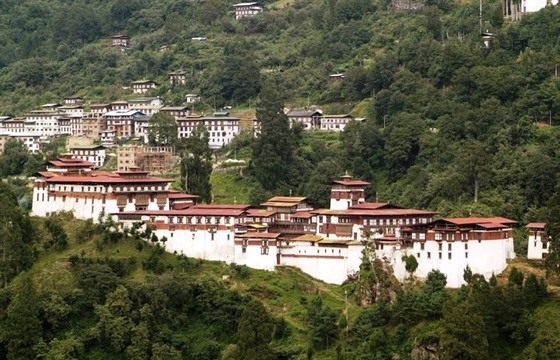 Built in 1648, Trongsa Dzong is strategically located in Trongsa Dzongkhag (district) in the middle of the country on what was once the only route between the east and west of Bhutan.

The dzong was regarded as crucially important in controlling the kingdom and its size and situation reflects this reverence as it sits atop a ridge high above the roaring Mangde Chhu (river) and the town itself.

Trongsa dzong boasts one of the most impressive locations in the country with fantastic views of the surrounding valleys and a sheer drop to the south hides part of the ridge in low-lying cloud. 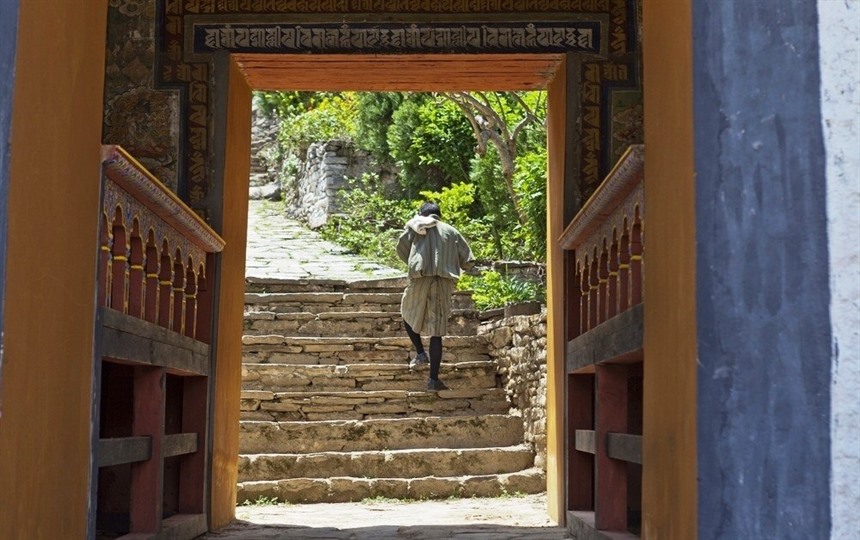 Located in the less visited eastern province of the country, Lhuentse Dzong sits at the end of the narrow Kuri Chhu valley atop a rocky promontory with sheer hill sides.

The area is the ancestral home of the Bhutanese royal family and an important centre for traditional weaving – much of the country’s most impressive weaving is produced here.

The dzong is home to a small body of monks and as it receives so few visitors it tends to be a little more laidback than many of the larger dzongs making for a more leisurely visit. 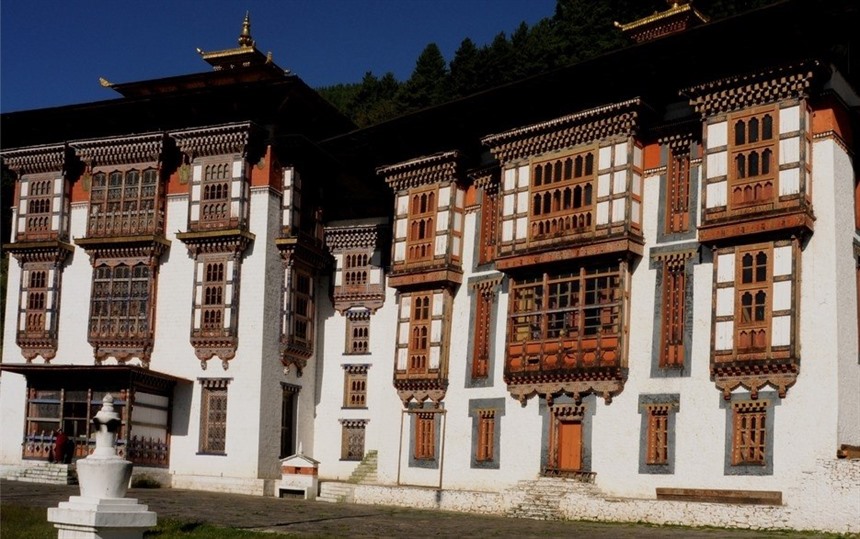 Jakar Dzong was originally built as a monastery in 1549 and was once the seat of the first king of Bhutan.

Expanded into a dzong in 1667, it is located high above the picturesque Chokhor Valley which is often referred to as ‘Little Switzerland’ offering views of the lush valley floor.

Interestingly the dzong’s site was chosen by a group of lamas in the area who were searching for a suitable location for a new dzong. Seeing a single white bird circling overhead and then settling on the top of a nearby hill, the lamas regarded this as a good omen so the site for the new dzong was confirmed: this story also spawned its informal name as the ‘Castle of the White Bird’.

The dzong is unique in the country in having a sheltered passageway to a nearby spring which ensured a supply of water to inhabitants during times of siege. 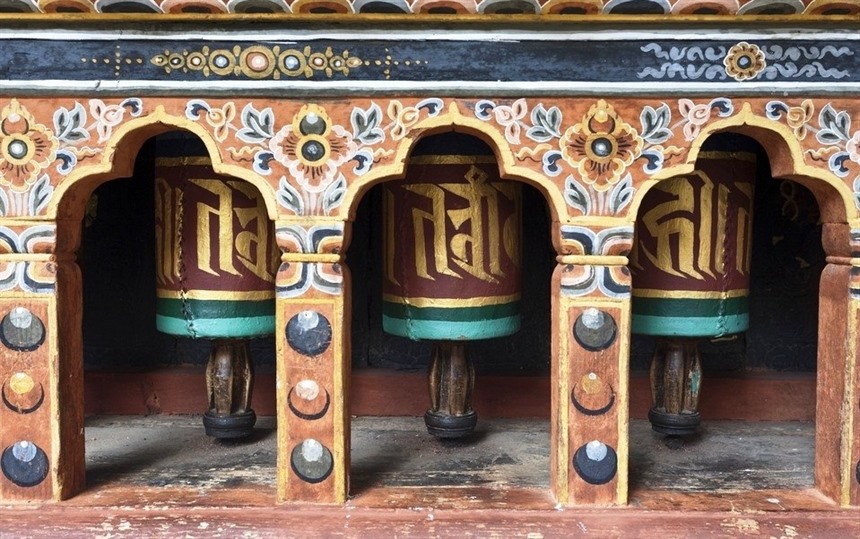 Paro is not just home to the only international airport in Bhutan but also boasts the impressive Paro Dzong (formal name: Rinpung Dzong or “the fortress on a heap of jewels”) which is generally regarded as offering some of the best examples of Bhutanese architecture in the country.

Sitting proudly on the bank of the Paro Chhu (river) the dzong is accessed by crossing a traditional cantilevered bridge and the structure is visible from most parts of the valley. Adjacent to the dzong is the national museum, or Ta Dzong, which was originally built as a watchtower and now houses many Bhutanese artefacts and some marvellous religious thangkhas.

The dzong is also the site of the colourful and energetic Paro tsechu which is held in Spring and is one of the most popular festivals in the country drawing people from some distance to enjoy the masked dances performed by monks. 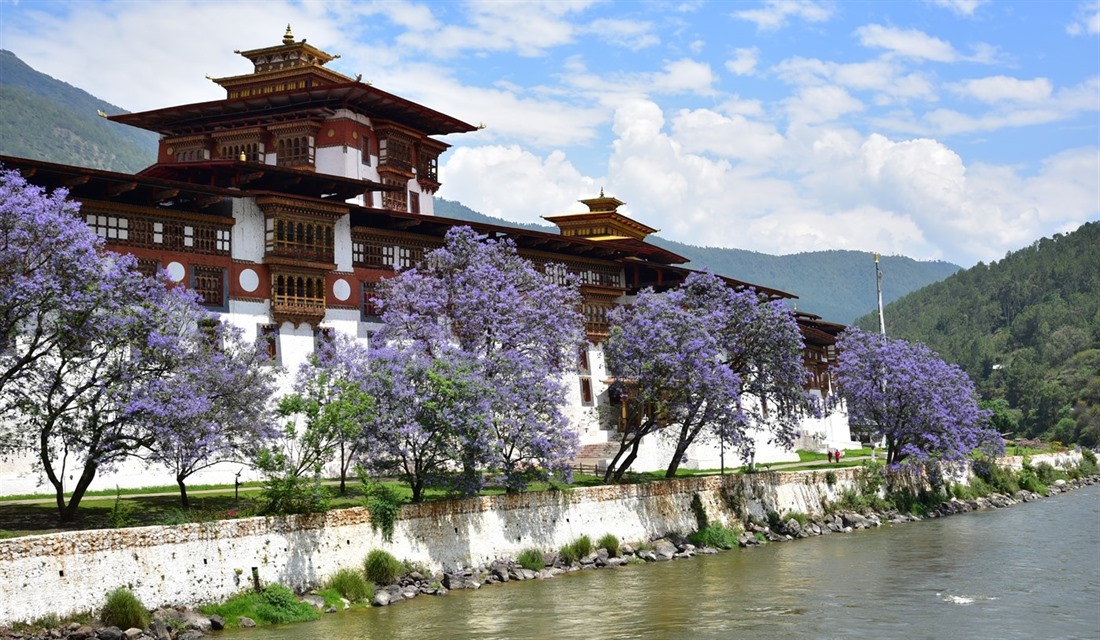 Punakha Dzong sits at the confluence of the mother and father rivers, Mo Chhu and Po Chhu, in the bountiful Punakha Valley.

Built in 1637, the dzong is the winter residence of the central body of monks who descend from northern locations to the warmer climate of the south to wait out the winter cold. The dzong was the second to be built in Bhutan and is probably regarded as the most striking especially in the Spring months when the jacaranda trees offer splashes of lilac colour against the whitewashed walls: the sight of crimson-robed monks walking through the grounds amidst the jacaranda blossoms is an iconic image of Bhutan.

Explore the hundred-pillar assembly hall and the wonderful murals depicting the life of Buddha. The dzong also contains the preserved remains of Zhabdrung Ngawang Namgyal who is cited as unifying Bhutan as a nation state.

Experience our ‘top 5’ dzongs for yourself on our Bhutan West to East Holiday or call a Regent Bhutan Travel Specialist today to discuss your own Bhutan adventure.

My Bhutan Diary: Part One