Top five things to do in Svalbard in winter

Top five things to do in Svalbard in winter

Regent Holidays' General Manager, Andrea Godfrey, travels to Svalbard in the winter months and shares her top pick of activities to include on your Polar Nights holiday.

Perhaps it isn’t the most alluring place to visit in January, I think as I battle the freezing arctic wind, stepping off the plane in the middle of the night. But then again, I am only 1000 km from the North Pole. At 78 degrees north, Longyearbyen is the world’s northernmost city, located on the island of Spitsbergen in Norway’s Svalbard archipelago.

As it lies so far within the Arctic Circle, Longyearbyen experiences endless summer days, where the sun never sets followed by a winter that lasts for around 110 days when the sun never shows its face; an endless polar night ensues. Therefore, if you are going to Svalbard between November and February, there is a good chance you'll be visiting during Polar nights.

So why bother to visit Svalbard in winter?

What on earth you can in these dark days?

Well, it turns out there is rather a lot on offer, here are some my top 5 things to do in Svalbard:

Read on to find out more. 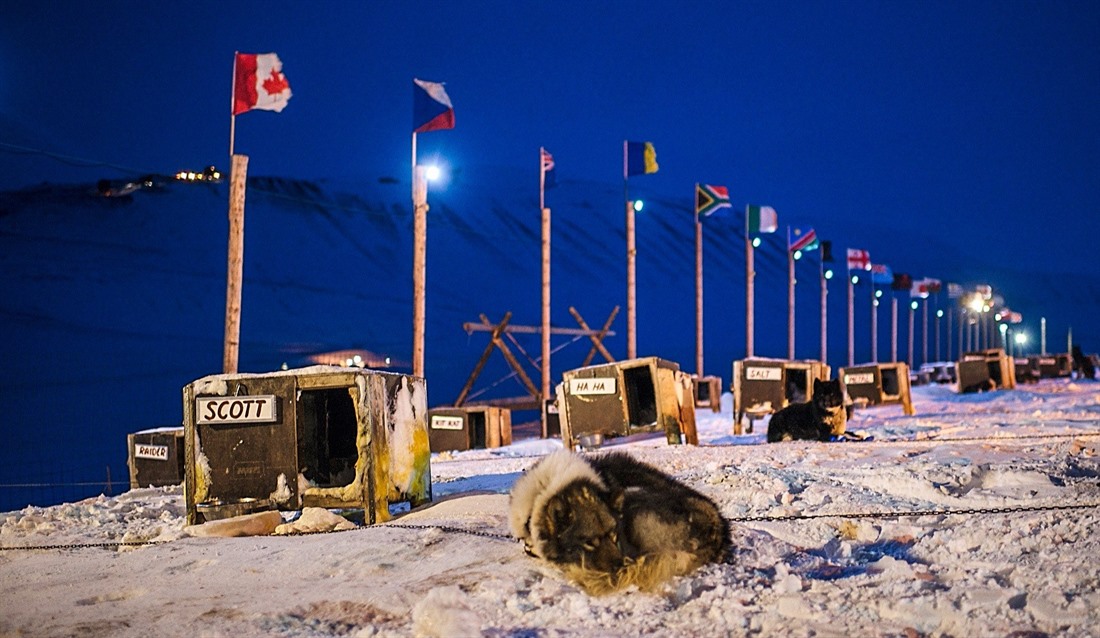 I head out of the town and up to Bolterdalen to the family-owned Green Dog Sledding Company. They have 220 working dogs, mostly Alaskan Huskies but seeing the dogs chained up to their huts in the snow can be a tough sight for us sentimental, animal-loving Brits. But make no mistake, though these dogs are individually named and much loved by the family, they also remain working dogs used to living outside in such temperatures.

The trickiest thing with dog sledding is trying to get the huge padded jumpsuit, the knitted balaclava and helmet on; once kitted out it’s hard not to resemble the Michelin Man.

It’s loud and chaotic getting the dogs harnessed to the sleds as they are barking with impatience and eager to get started. The teams of dogs are carefully selected to complement each other, although inevitable squabbles break out. After much yipping, nipping and barking, I push off and stand on the back of the sled as we pull away. Once underway and settled into a cracking pace, silence descends over the icy landscape and as my eyes adjust to the darkness, I can see the shadowy rugged mountain tops emerge against the blue twilight of the polar nights. As we turn back, the dogs put in extra effort looking forward to their food at the end of the trip. Back at base we get to play with the cute husky puppies and warm up over a coffee and brandy. 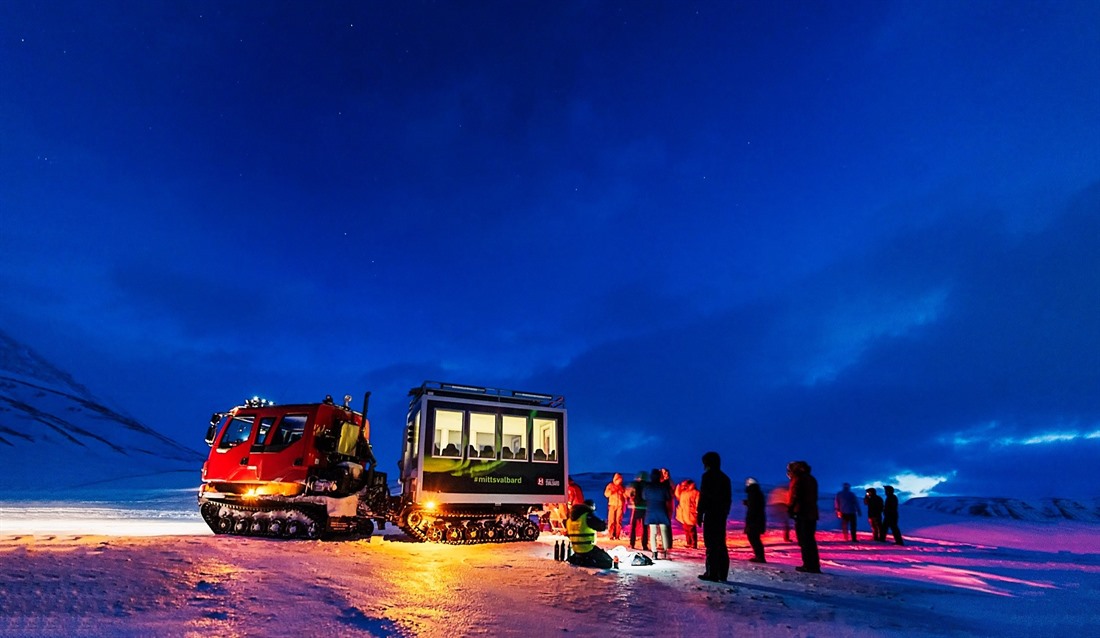 The good thing about Svalbard's polar nights is that I get to go out looking for the northern lights in the middle of the day. The 24-hour darkness means the aurora borealis can dance across the skies at any time. It’s hard not to miss the huge red Snow Cats, even in the dark. These immense fully-tracked vehicles almost look comical picking a group of us up outside the hotel. I clamber up into the heated rear cabin, picking a seat next to its huge windows, and enjoy the slow trundle out along Adventdalen away from the lights of Longyearbyen.

Several stops are made along the way and at one point we excitedly think we’ve seen a polar bear in the far distance. Only a few weeks ago a mother and her two cubs had wandered into town. But, after a few minutes of squinting into the distance, we all agree that it is, in fact, a Svalbard reindeer. I look up and examine the sky for the tell-tale white clouds or flash of green of the northern lights. The brilliant thing about travelling with a local guide are the fascinating stories of life in Longyearbyen that accompany your journey, interspersed with facts about polar bears and, of course, the northern lights. 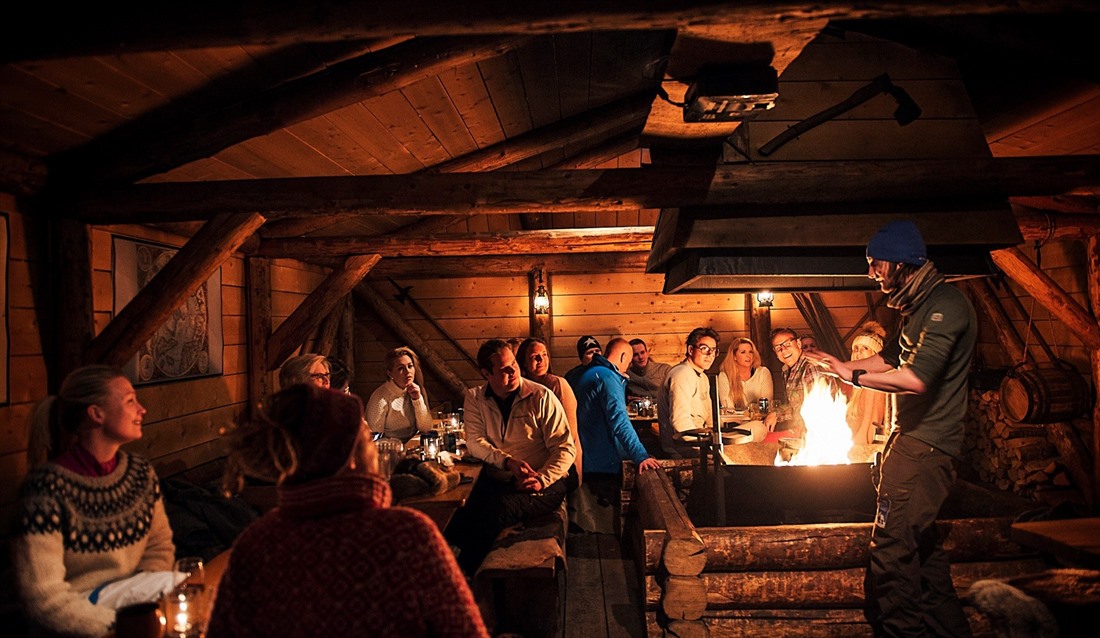 3. Spend an Evening in Camp Barentz

This is a delightful way to spend a few hours in the company of other travellers out on in the icy plains of Adventdalen.

Away from the light pollution of Longyearbyen, this is also a brilliant spot to watch out for the northern lights.

The evening at Camp Barentz is spent in a cosy cabin, tucking into a hearty meal around an open fire. The cabin is a replica of the dwelling that Willem Barentsz and his crew made from their ship’s timbers when it became stuck in the ice off Novaya Zemlya following their discovery of Spitsbergen. Other buildings here include an authentic gamme, a type of house built by native people in northern Norway, as well as a lavvo, the traditional tent of the Sami.

The Camp Barentz hosts greeted us with a traditional meal of reindeer stew, followed by the most delicious brownies and coffee. We listened to a presentation on the King of the Arctic - the polar bear - and tales of Arctic adventurers. The main highlight for me (and a fabulous end to a wonderful trip) was a fantastic display of the northern lights outside. When we got cold, we could nip back in to warm up quickly before dashing back out to catch the display! 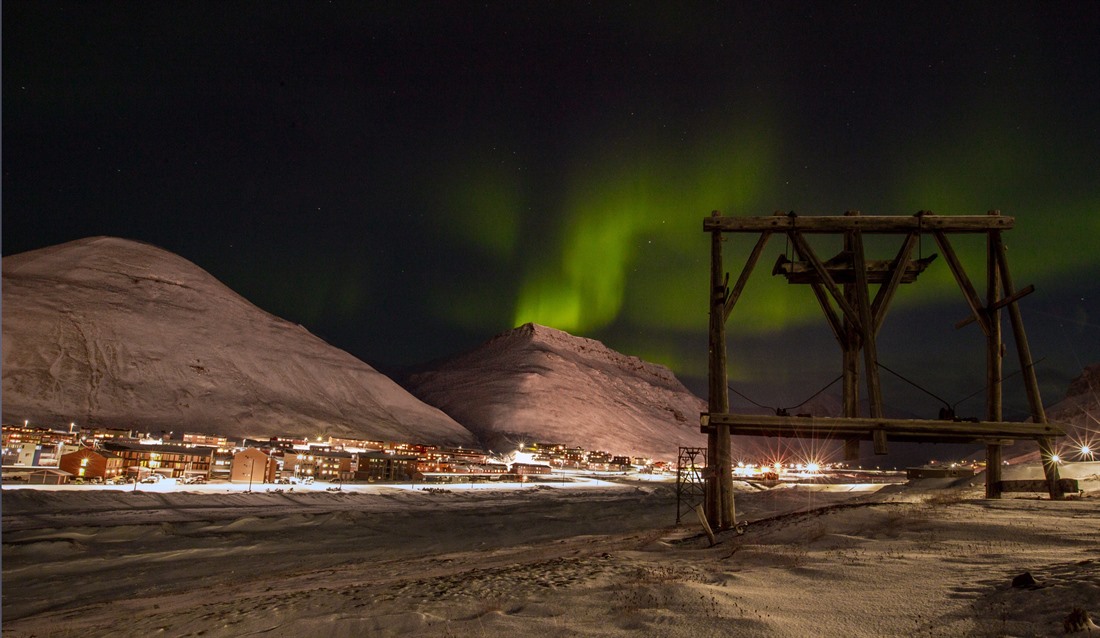 4. Into the Coal Mine

Longyearbyen was originally a mining town founded in 1906 by American John Longyear (hence the name of the town), who worked for the Arctic Coal Company.

Mining still happens on Svalbard but in Svea Mine, south of Longyearbyen.

This Svalbard excursion takes us out towards the airport and past the International Seed Bank, which I can't help but think looks a but like a set from a Bond film. Though Mine 3 was closed in 1996, it still looks like the miners have only just clocked out at the end of their shift; their ID tags, overalls and tools are still laying around.

Our irreverent and very funny guide told us about the life of miners throughout the decades as we wandered through the workshops and tunnels. I also had the opportunity to crawl through a narrow passage carrying heavy equipment to experience a little of what it's like to work metres underground. At the end of the tour, we walked into the mountain and to mouth of mine, where we turned our torches off to experience the intensity of complete pitch darkness. 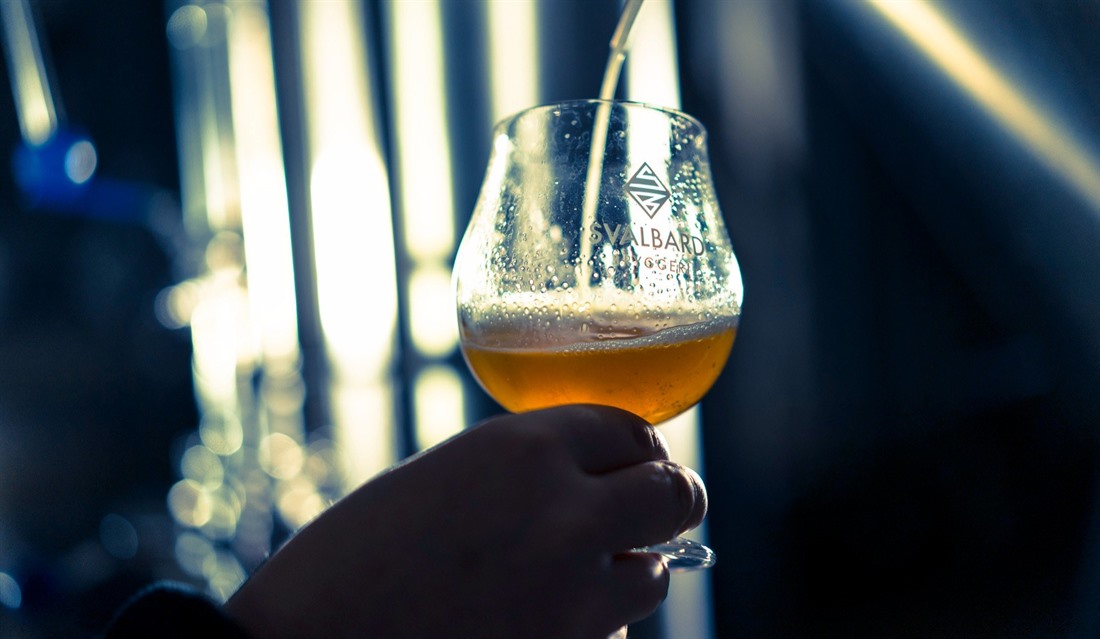 Yes, beer tasting. And it's not just about the booze, there's a fascinating history to be learned on this excursion surrounding Svalbard's brewery.

Here you find out how world’s most northernmost brewery got started, in just 2011. The founders, husband and wife duo Robert Johansen and Anne Grete, battled for over 5 years to change the 1928 law, which banned brewing on Svalbard in order to to save the livers of the miners living there at the time.

Well, with tourists visiting now and no need to look after the welfare of non-existent miners, we got stuck in to a brewery tour. Here I tasted 2 delicious types of beer made with hops imported from Germany and 2000-year-old glacier water from Svalbard's Boge glacier on Svalbard.

This is definitely a great excursion to include on your trip and a welcome respite from the arctic temperatures!