The winters might steal most of the headlines, but a holiday in Iceland during the summer offers just as many unique experiences.

From snorkelling in the rift between continents to galloping across remote landscapes under the light of a midnight sun, our Travel Specialists have picked out their favourite unforgettable Iceland summer experiences. 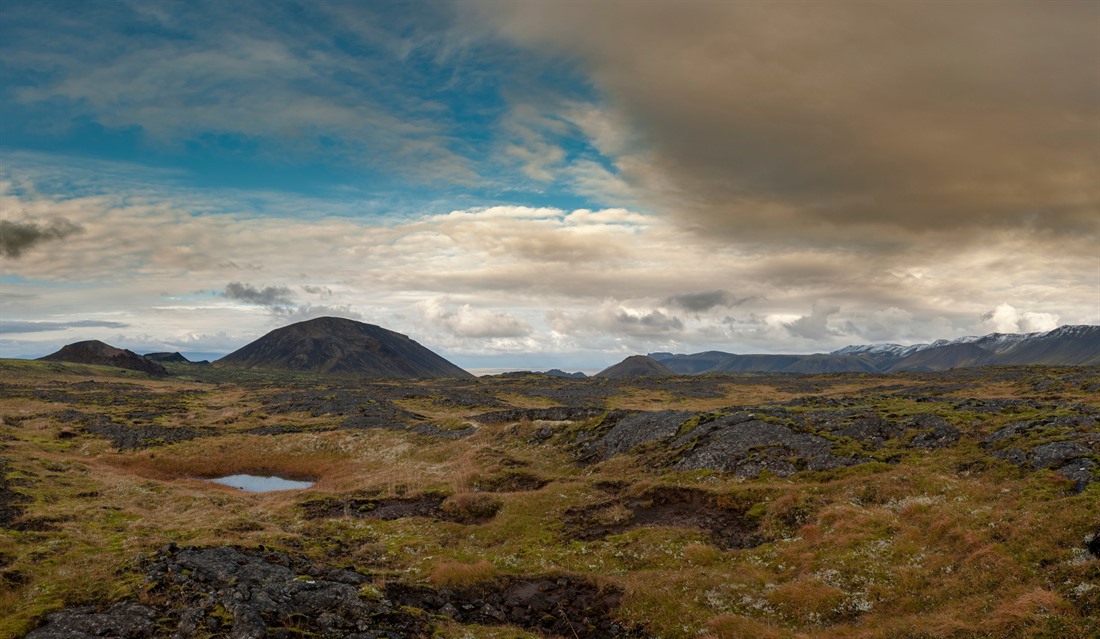 The Volcanic Terrain of Thrihnukagigur

Iceland isn't known for being a warm weather destination, but this will certainly heat you up!

Forever looking for the next great adventure, Iceland decided the one thing more adventurous than clambering over volcanoes was to lower visitors inside one. Thankfully, the chance of being cooked is low as the volcano in question, Thrihnukagigur, hasn’t erupted in 4000 years.

The inside the volcano experience brings you 700ft through an open crater into the heart of the volcano. Once inside you can clamber over lava rocks and explore the burnt reds and oranges of the magma chamber. You can only descend into the volcano during the summer season in Iceland as conditions make it too difficult to run the tour during winter. This makes it the perfect summer ultra-adventurous summer activity, which I love!

The northeast of Iceland touches the edge of the Arctic Circle, and during the summer months, the sun never sets here– casting a unique golden glow over this remote landscape.

It’s an area of the country that is utterly rural, with few residents and just a handful of small fishing villages, and your best bet for exploring is to hop on horseback. Join Ishestar on a horse riding tour that allows you to see some parts of Iceland that have truly never been caught in the tourist rush.

Or, if seven nights bouncing around by horse sounds too much, they also offer one-hour late night riding tours from their stables near Reykjavik – where you’ll still see a bright twilight.

You could also experience some whale watching. Some of the best whale watching in the world can be experienced in Iceland’s waters, and you don’t have to go far to see these incredible giants of the sea.

Whale-watching excursions from Reykjavik’s historic harbour are possible year-round, but from mid-June to the end of July there’s the option to do something a little bit special. Head out under the glow of the midnight sun on an evening whale watching excursion and, as whales never fully sleep, you may find yourself having a close encounter with minke whales, white-beaked dolphins and harbour porpoises.

For Iceland Product Executive, Nyssa, you can't beat getting back to nature... 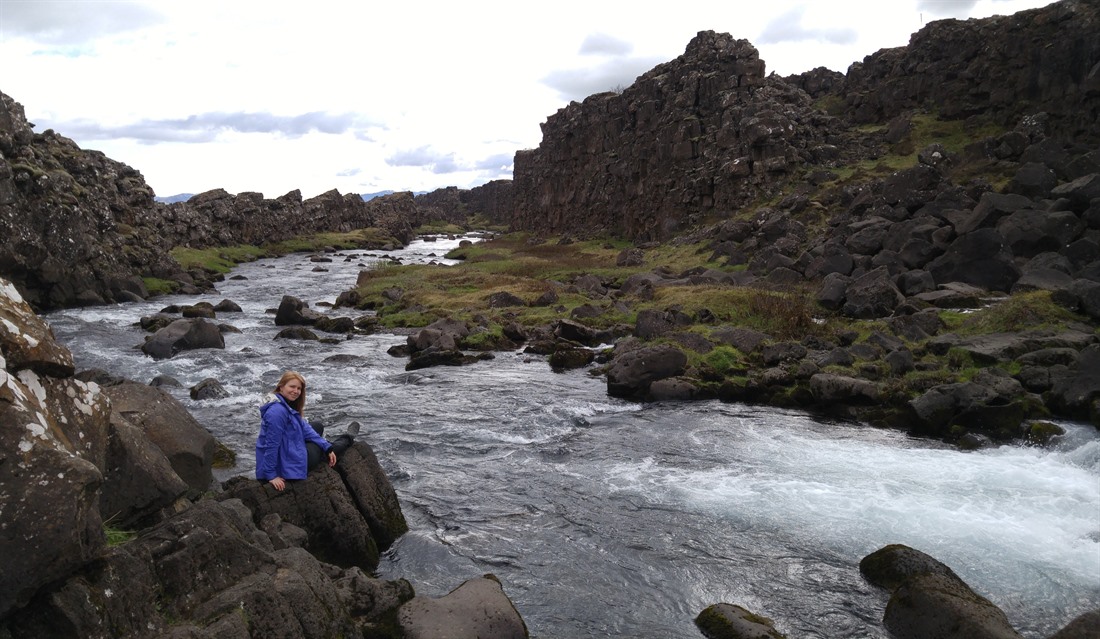 Thingvellir is one of the highlights of any trip to Iceland, whenever you travel. Often part of a Golden Circle tour, Thingvellir was the site of Iceland's parliament between the 10th and 18th Centuries.

As well as it being a site of hugely historical significance it is also a geological sight - where two huge tectonic plates meet.

It’s a landscape that tells the tale of Iceland. This rift valley of sulphuric lakes and hardened lava fields is where the tectonic plates of Eurasia and North America are pulling apart – it’s the earth literally creating new land.

The gap between the plates has widened over time and in summer, when the ice and snow have melted, you can snorkel in the Silfra fissure. The rift’s Silfra fissure contains some of the purest and clearest water in the world – glacial melt-water from Langjökull glacier which has filtered through the lava for decades.

Snorkelling between these two plates provides not only an incredibly unique opportunity to swim between two continents. It also offers some of the best underwater visibility in the world – around 80 metres. – an underwater adventure between the continental plates. I also particularly enjoyed the hike along the Öxarárfoss Waterfall Trail where you walk between the two plates.

If you are already at Thingvellir - you might as well complete the Golden Circle. The name ‘Golden Circle’ refers to the trio of natural sights which can all be reached on a circular day trip. As well as visiting Thingvellir National Park, travel to Gullfoss waterfall – the ‘Golden Falls’ where the Hvita River crashes down into a 32 metre crevice  – and discover the geothermal area of Geysir where powerful Strokkur erupts into the air every 10-15 minutes. There are fewer tourists at this time of year so you can see the sights relatively undisturbed and illuminated by the light of the Midnight Sun. 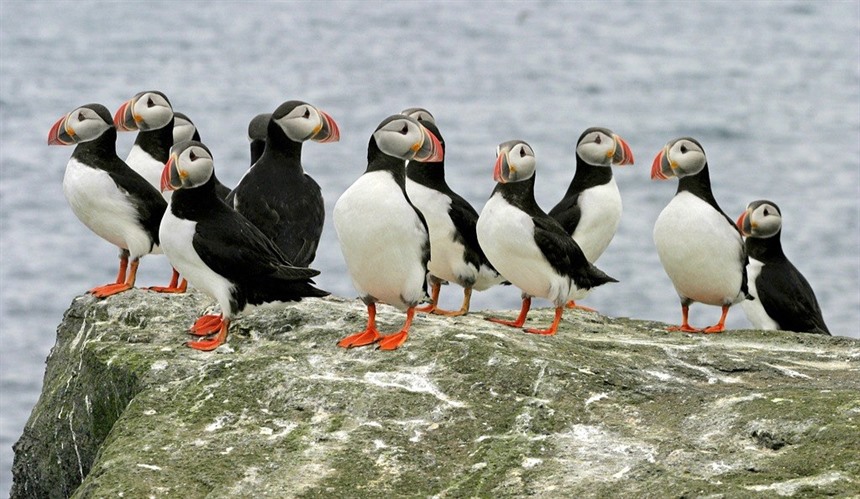 Don't miss out on Puffins during your summer holiday in Iceland

Scientifically proven to be about the cutest birds on earth, Iceland has the largest puffin colonies in the world. And there are half a dozen secluded islands where you can see them waddling around and dive-bombing under the waves.

But you’ll need to come in summer, as the puffins pack their bags and head for the open water from late August onwards. The fastest route to a puffin experience is to join the Puffin Express trip from Reykjavik, which will get you up close to the birds and provide a guide to talk you through all the goings-on in the colony.

What does Iceland look like in winter? White, white and more white. Come in summer and you’ll be able to see this spectacular landscape in all of its glory.

Bus tours into the Icelandic interior abound, but take to the air in a helicopter to explore the country’s remoter regions where buses fear to tread. The pilots at Nordurflug Helicopter Tours spend most of their time helping the likes of the BBC and the Discovery Channel get a bird’s eye view of the landscape, but they also run about a dozen sightseeing tours. Try their Waterfall and Valley tour which lands at Hengill – only accessible in summer.

This volcano hasn’t erupted for 2000 years but it still shapes this incredible landscape with streams of boiling water cutting through the mossy hills and pockets of steam and hot mud bursting through the rocks. 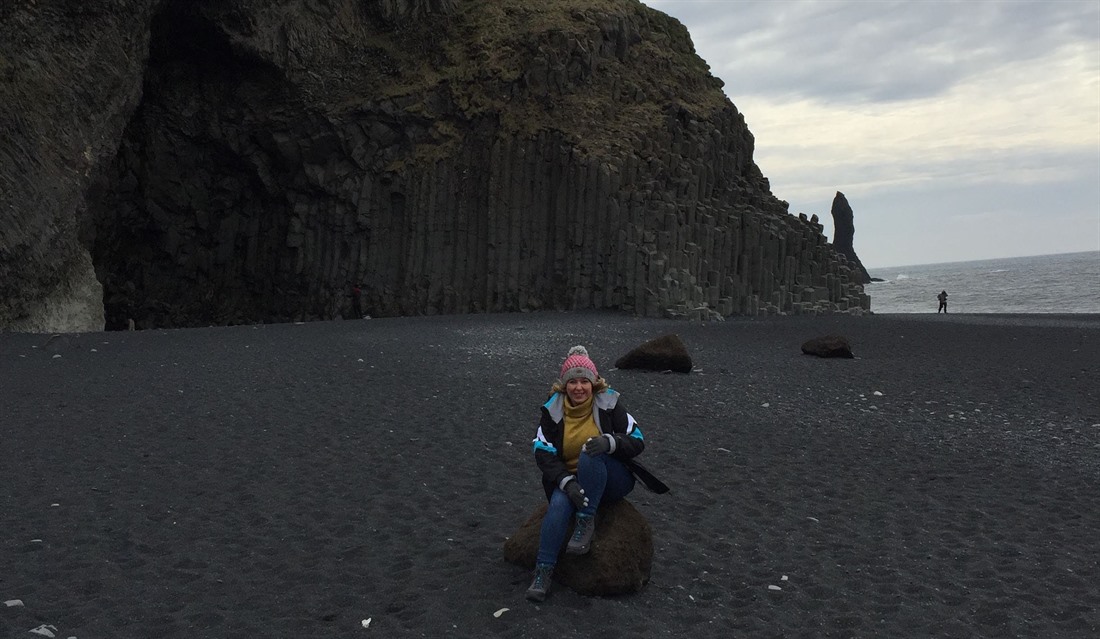 Maybe Iceland is not your typical beach destination, but I love Reynisfjara beach located on the south coast of Iceland, just beside the small fishing village of Vík. Views of black sand, incredible rock formations and the thundering waves never gets old. A visit here is always going to be amazing, no matter how many times you see it!

When exploring the incredible Snæfellsnes Peninsula head underground to this 8,000-year-old lava cave. You can take a 45-minute guided tour in to Vatnshellir Cave and it is one of the most accessible caves in Iceland.

For Iceland Travel Specialist, Rob, it's either ultimate adventure, or ultimate relaxation... 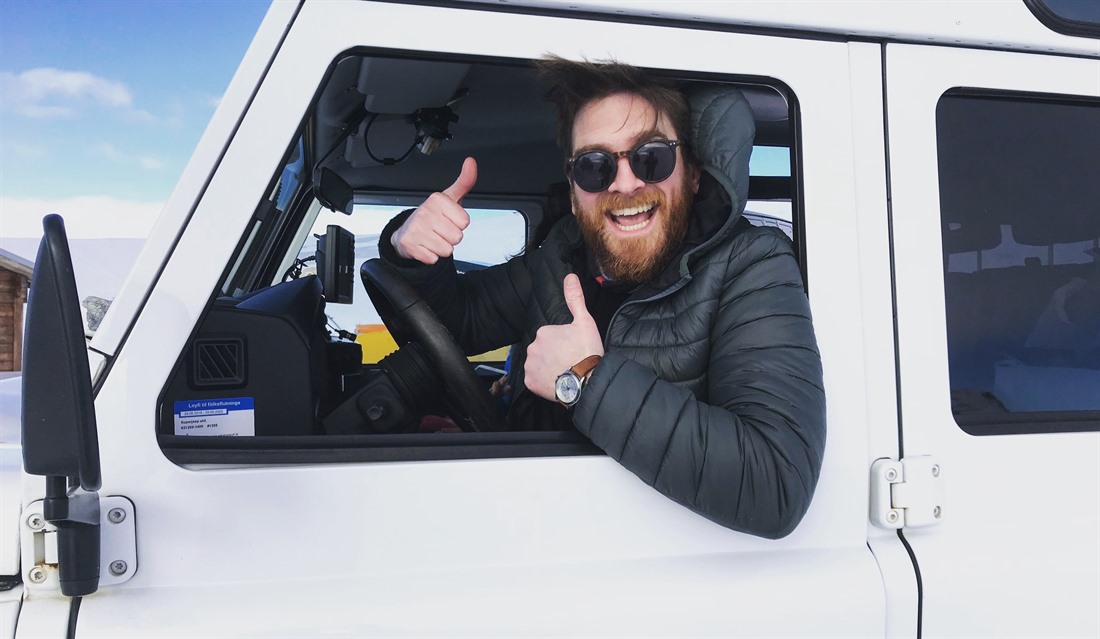 Rob on a Road Trip

In the summertime the freedom of the road definitely calls in Iceland. Whether you self-drive around the whole country or explore the sights outside of Reykjavik. Having your own car gives you that extra flexibility as there is so much to see & explore, it’s near impossible to get lost, and adds a little bit more adventure to your trip. 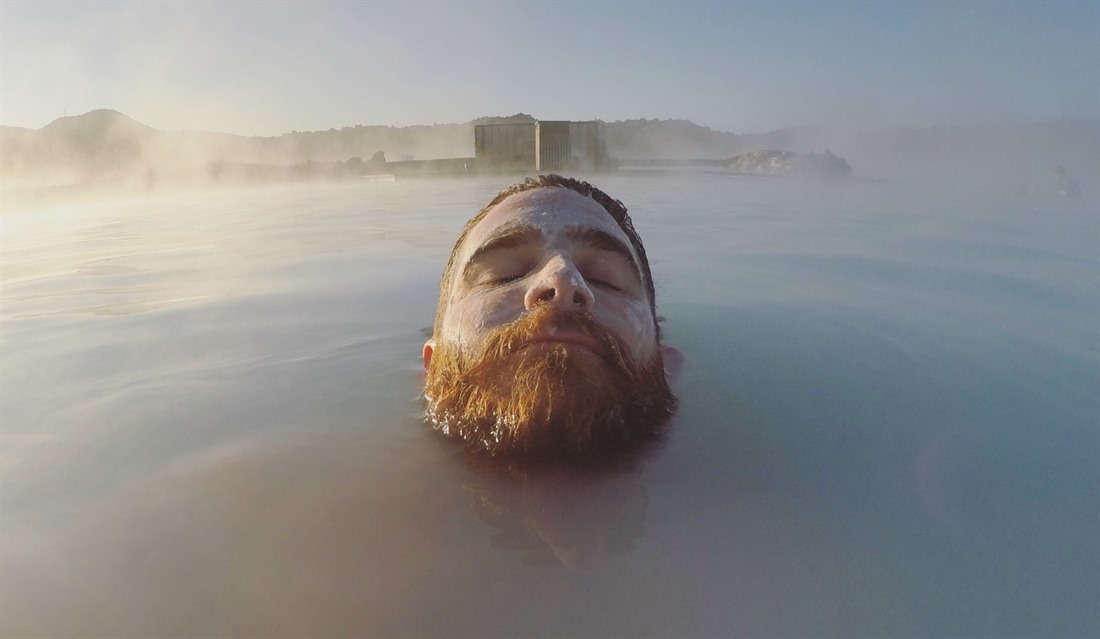 Rob in the Blue Lagoon

It may be Iceland’s most visited attraction and with good reason. I always include a dip in the Blue Lagoon when I visit Iceland. My trip experience it at sunset as it adds even more atmosphere to the experience.

Iceland Product Executive, Daniele, prefers to admire his lagoons from the outside (perhaps because his favourite is full of ice!)... 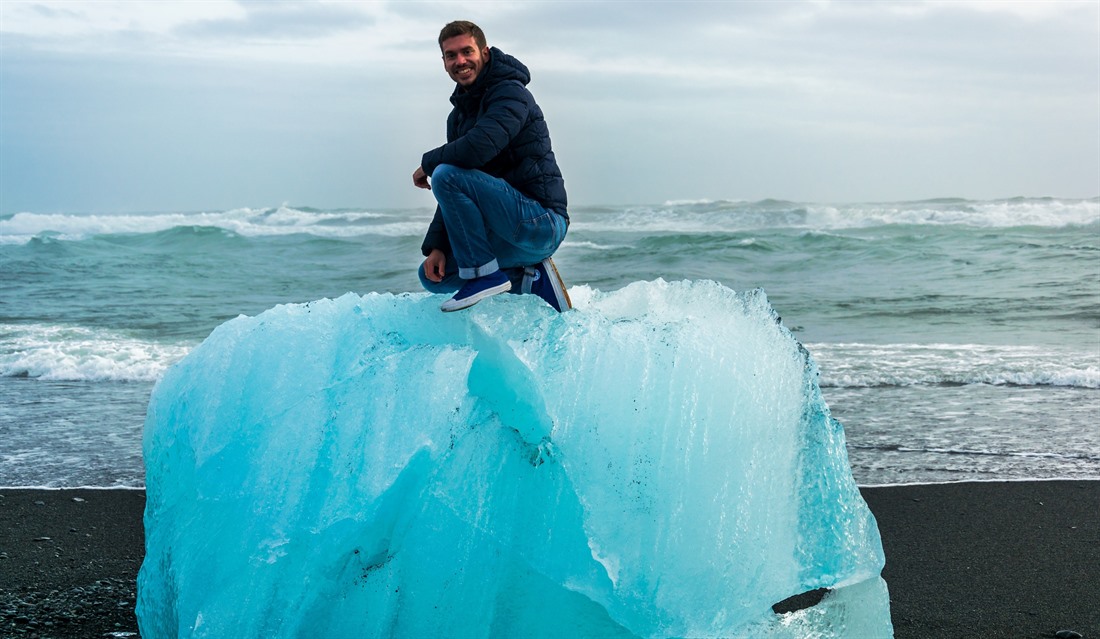 Summer is great time to make the long trip from Reykjavik to Jökulsárlón Lagoon even though the quantity of ice in the lagoon itself might be less – it is still nonetheless one of the most incredible sights I have seen in Iceland. Walking amongst the blocks of ice stranded on the black sand beach is amazing. 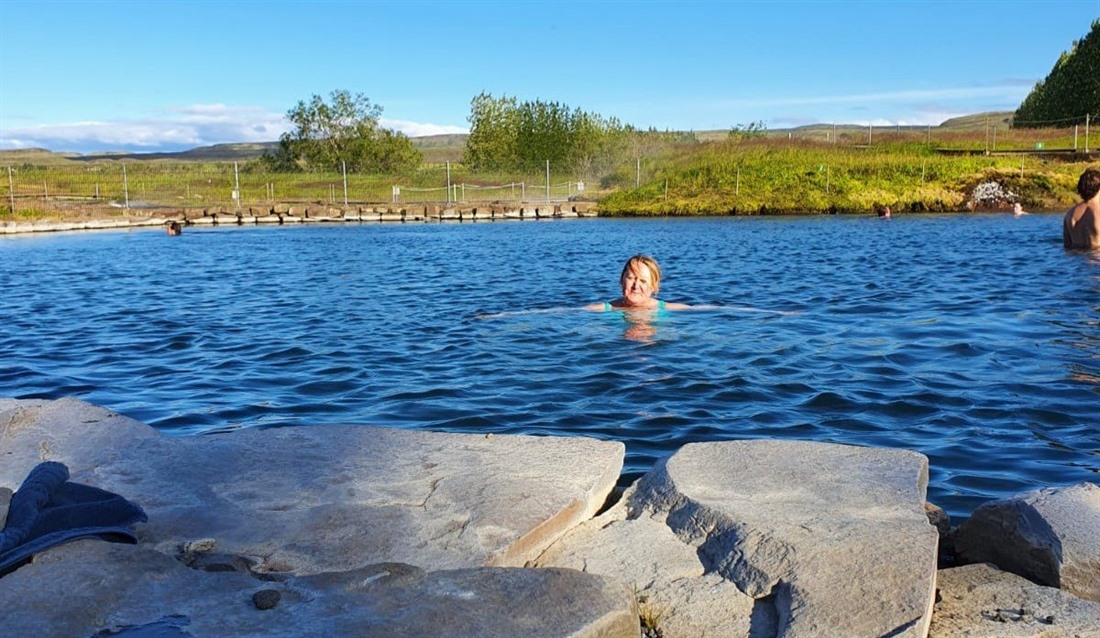 I love a dip in an Iceland thermal pool at any time of the year but relaxing in the Secret Lagoon under the Icelandic midnight sun last July was magical!

Whilst in North Iceland, I always make time to stop here – there is just something other-worldly about this incredible place located literally just off Iceland’s Ring Road! See   smoking fumaroles, hear the blubbering boiling mud pots and smell the sulfurous stench! You could only be in Iceland!

Five places you can go for a swim in Iceland