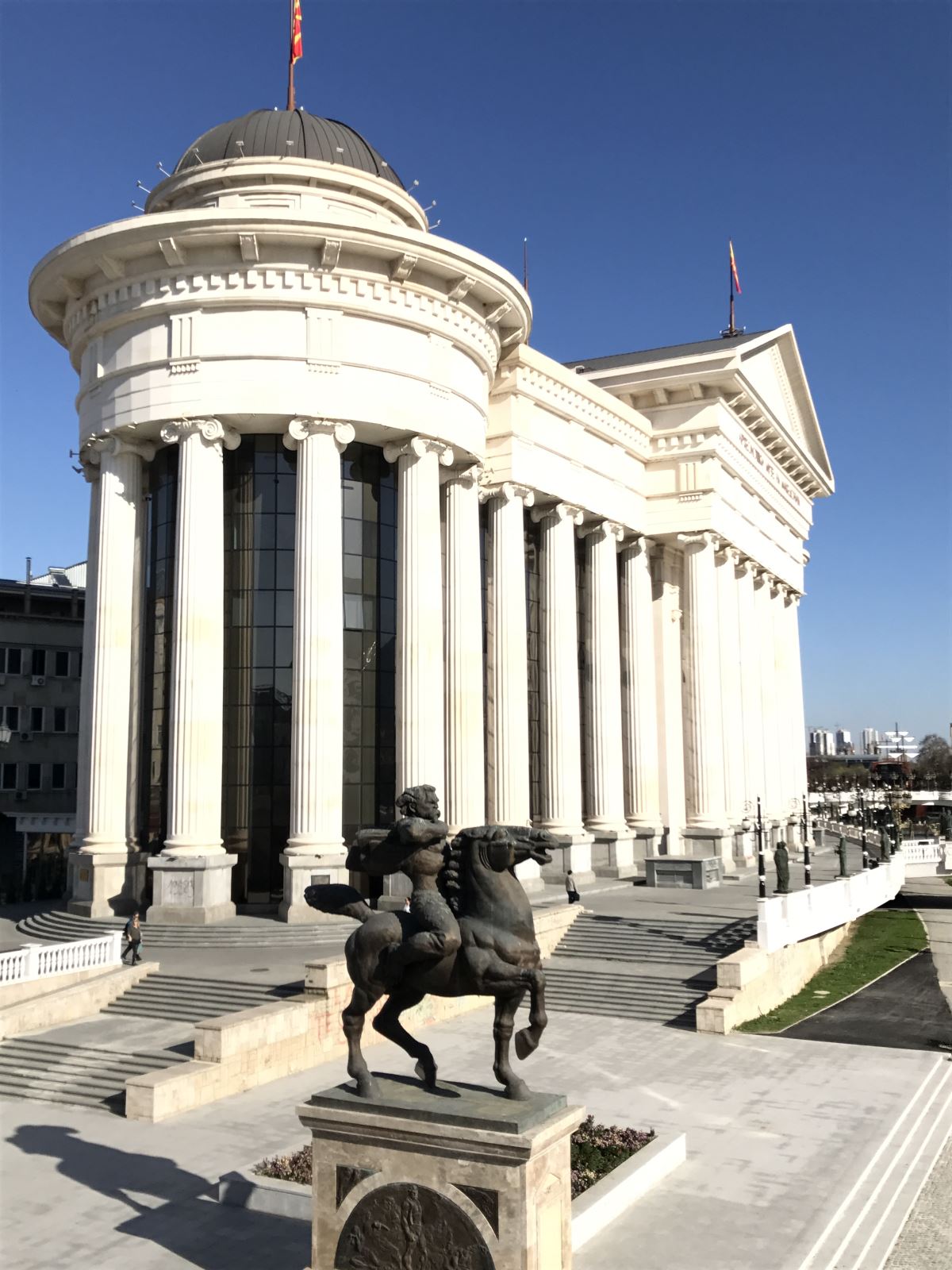 The Modern Centre of Skopje

Skopje has to be one of the most quirky capital cities in the world. Modern buildings in a neo-classical style have created a very impressive city centre. As well as the grand architecture there are also many new statues in every public space. The overall impression has been described as kitsch but I think that Project 2014 is an ambitious plan to create a national identity and show the world that this new nation should be taken seriously. 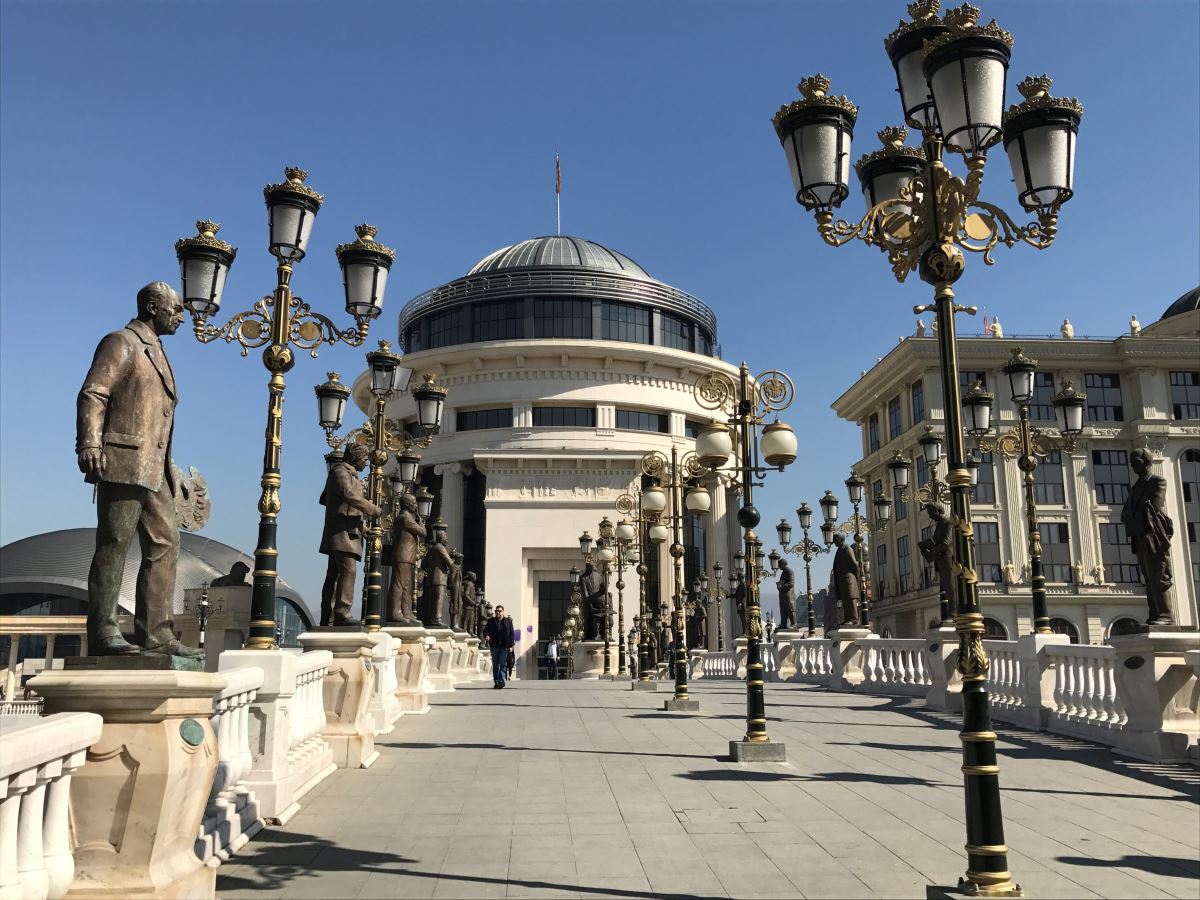 The Bridge of Civilizations in Macedonia

The grandest statue is the 24-metre high “Warrior on a Horse” in Macedonia Square. It really is big. It provided an impressive sight while I enjoyed an inexpensive meal sat outside the Pelister Hotel on the edge of the square. 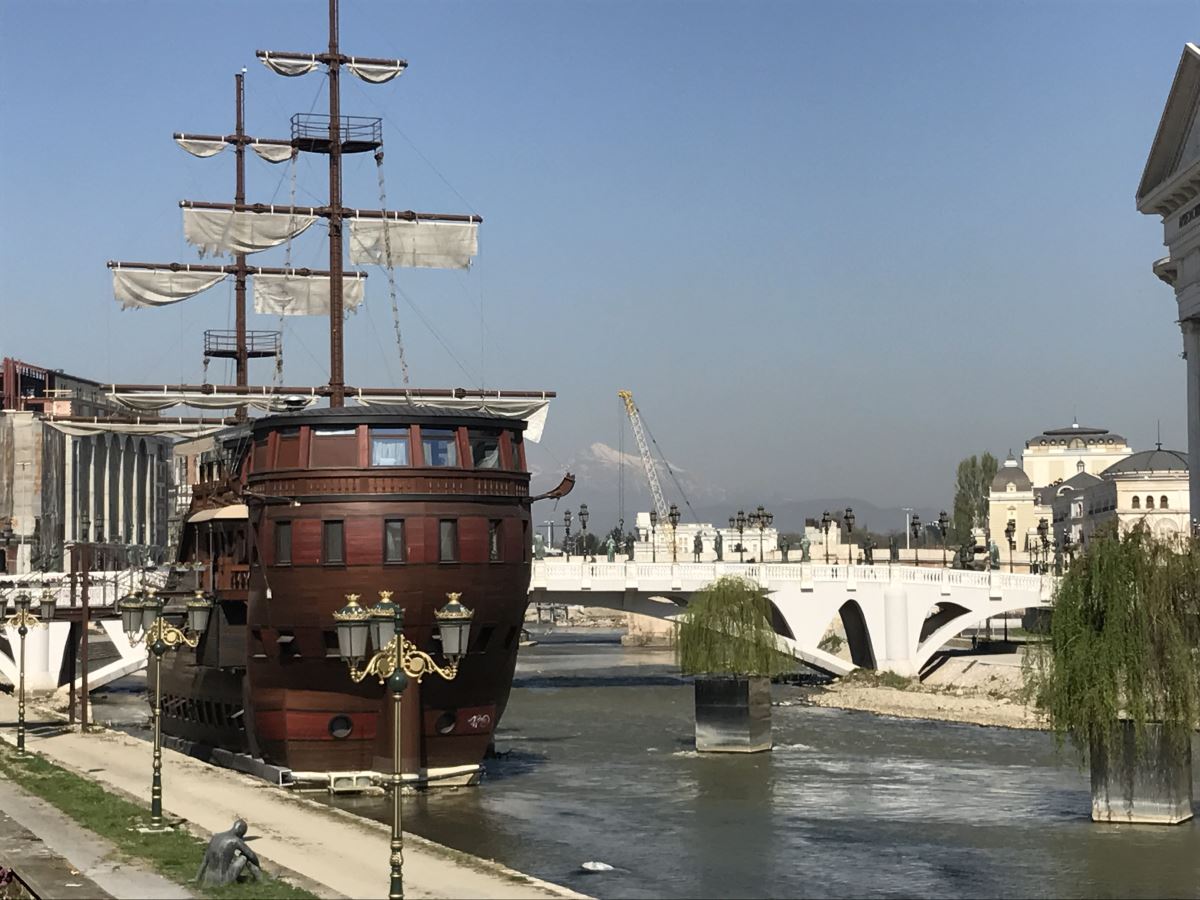 This is where Skopje is at its most “Disneyesque”. This replica galleon restaurant dominates the riverbank and makes for a unique view from the row of riverside bars and restaurants nearby. 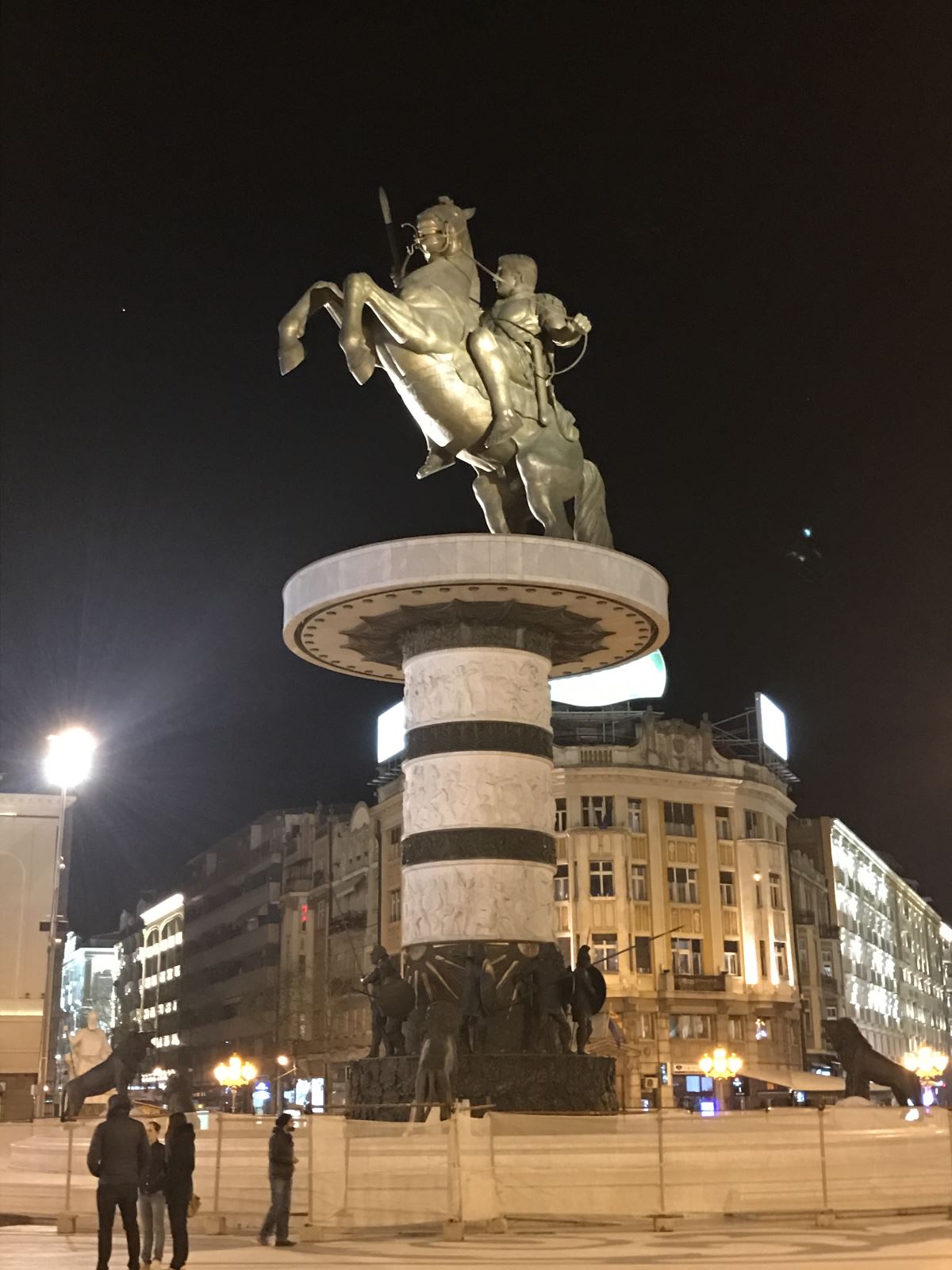 Warrior on a Horse

The grandest statue is the 24-metre high “Warrior on a Horse” in Macedonia Square. It really is big. It provided an impressive sight while I enjoyed an inexpensive meal sat outside the Pelister Hotel on the edge of the square. 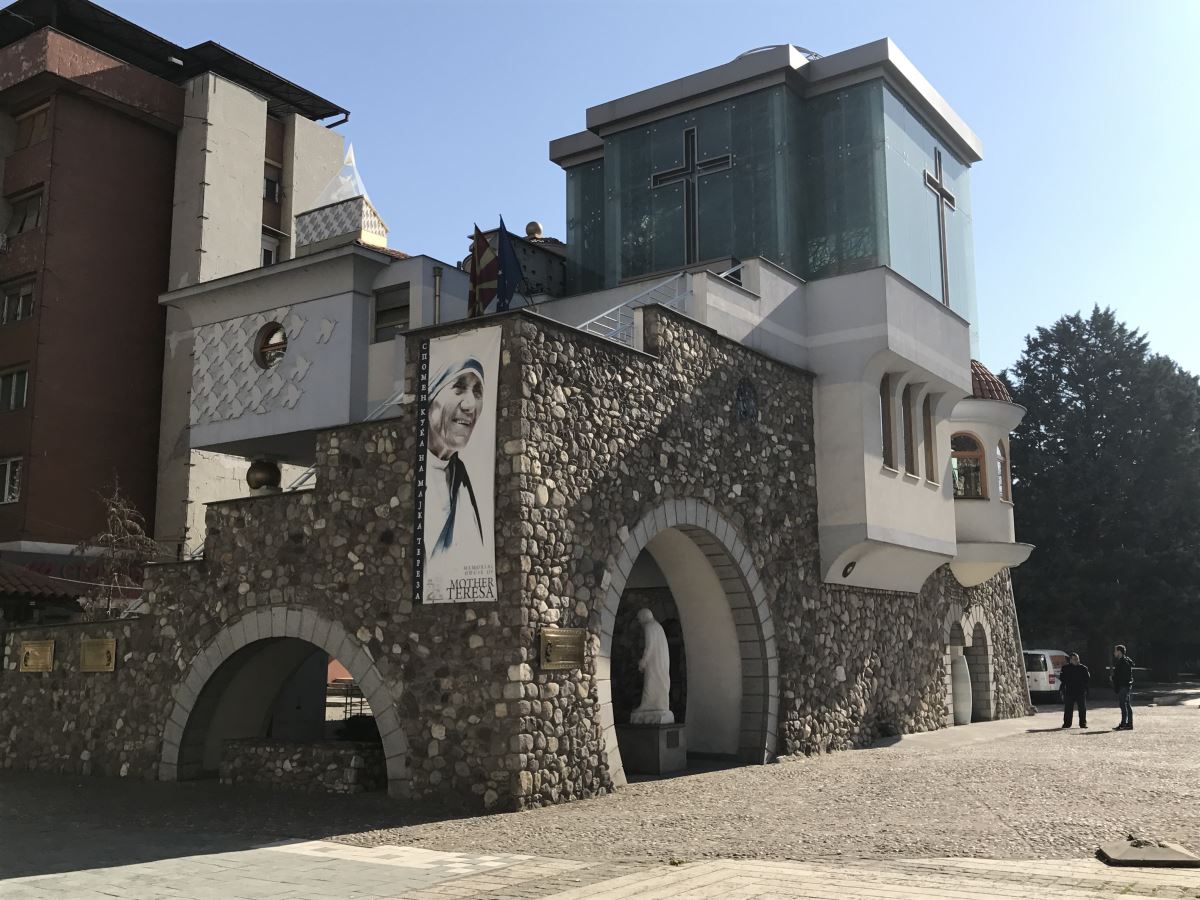 Skopje is famous as the birthplace of Mother Teresa, born in the city in 1910. The memorial house and small chapel, built on the site of the church where she was baptized, is under 10 years old but gives an interesting insight into her life. The site of her actual house is just down the street.

In keeping with the rest of the city centre the Parliament is opposite a park full of statues. Nearby is the old railway station, now the City Museum, with its clock stopped at 5.19 the time a huge earthquake struck in 1963. Inside are photos of the devastation and subsequent rebuilding. 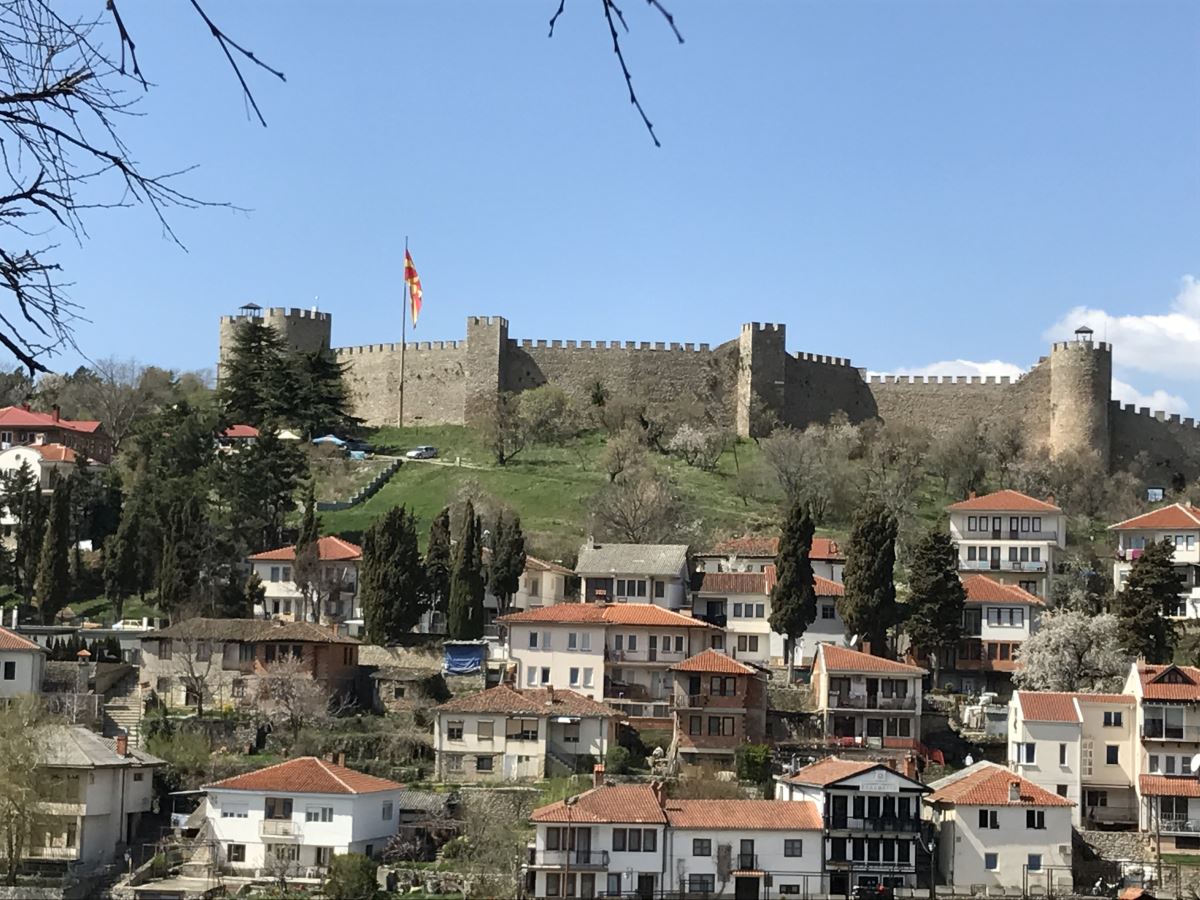 Lake Ohrid and the city of Ohrid can be explored on a day trip from Skopje. This fortress towers over the narrow cobbled streets of the old town and the lake. On the walk up to it there is an impressive Roman amphitheatre. 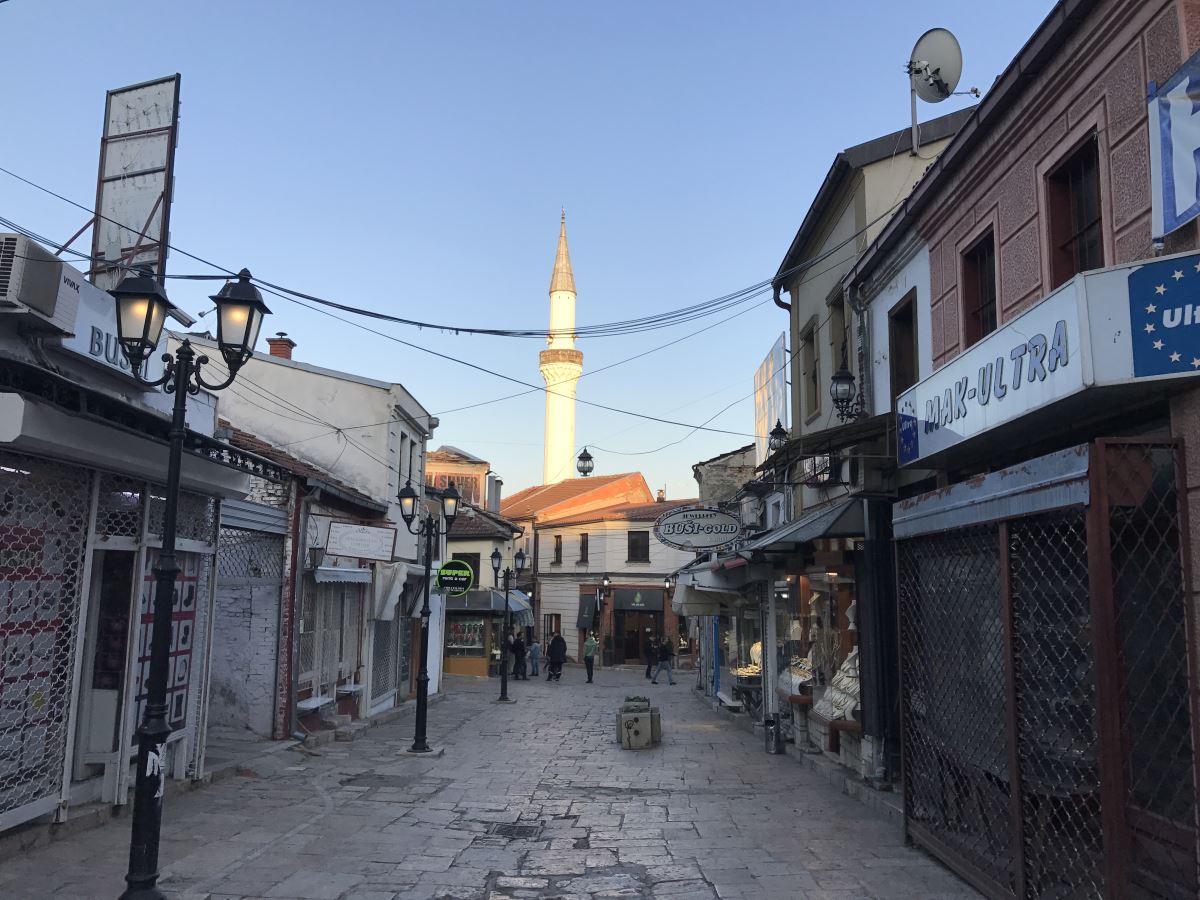 The contrast between all the new buildings and statues and the old town couldn’t be greater. Here its easy to imagine the Ottoman past with mosques, narrow pedestrianized streets and Turkish style bazaars, shops and restaurants. I had a traditional dinner at Pivnica An in the courtyard of the 15th Century Kapan Han. Also in this area is Kale Fortress with fine views over the city and mountains beyond, and Sveti Spas monastery. Unusually this church is below ground level, an Ottoman demand to ensure the Christian building was not taller than the neighbouring mosque. 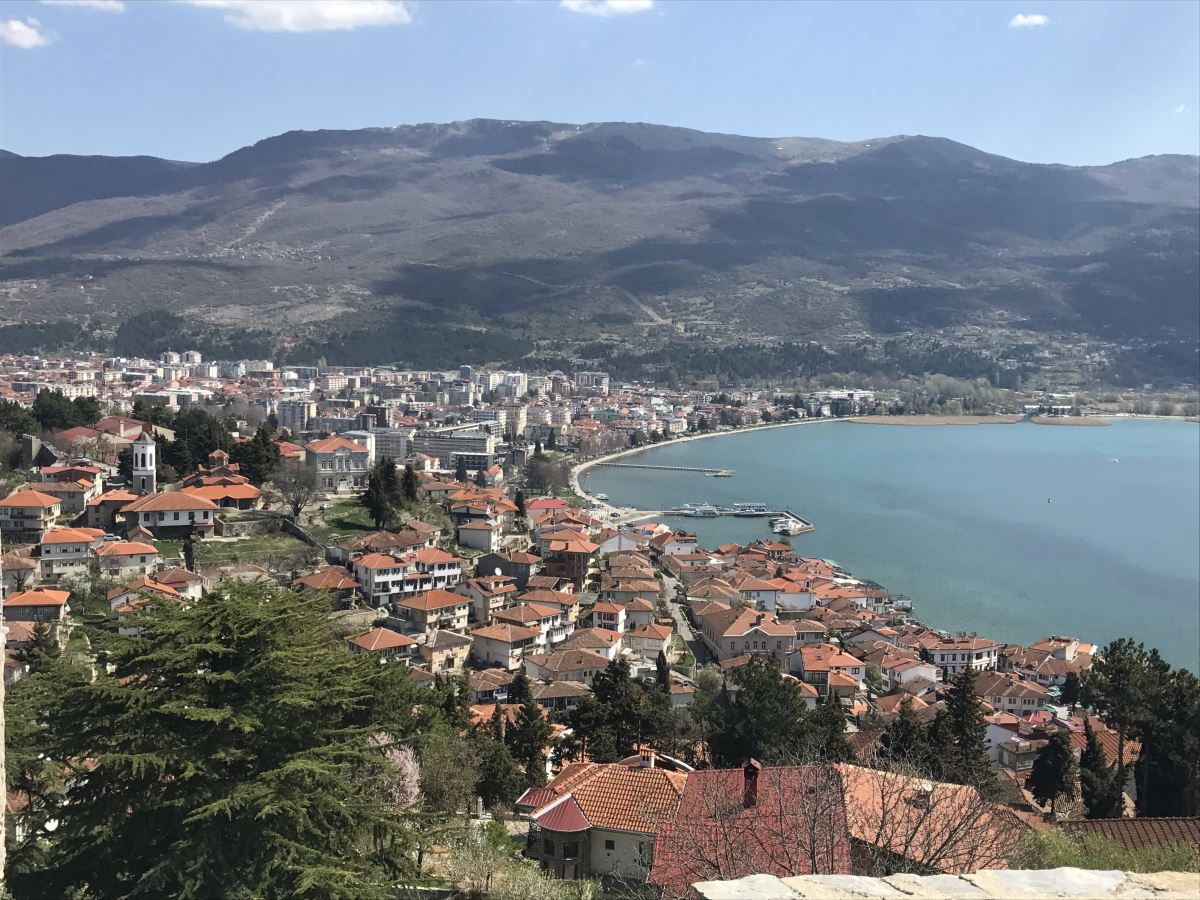 This is the view from the fortress. 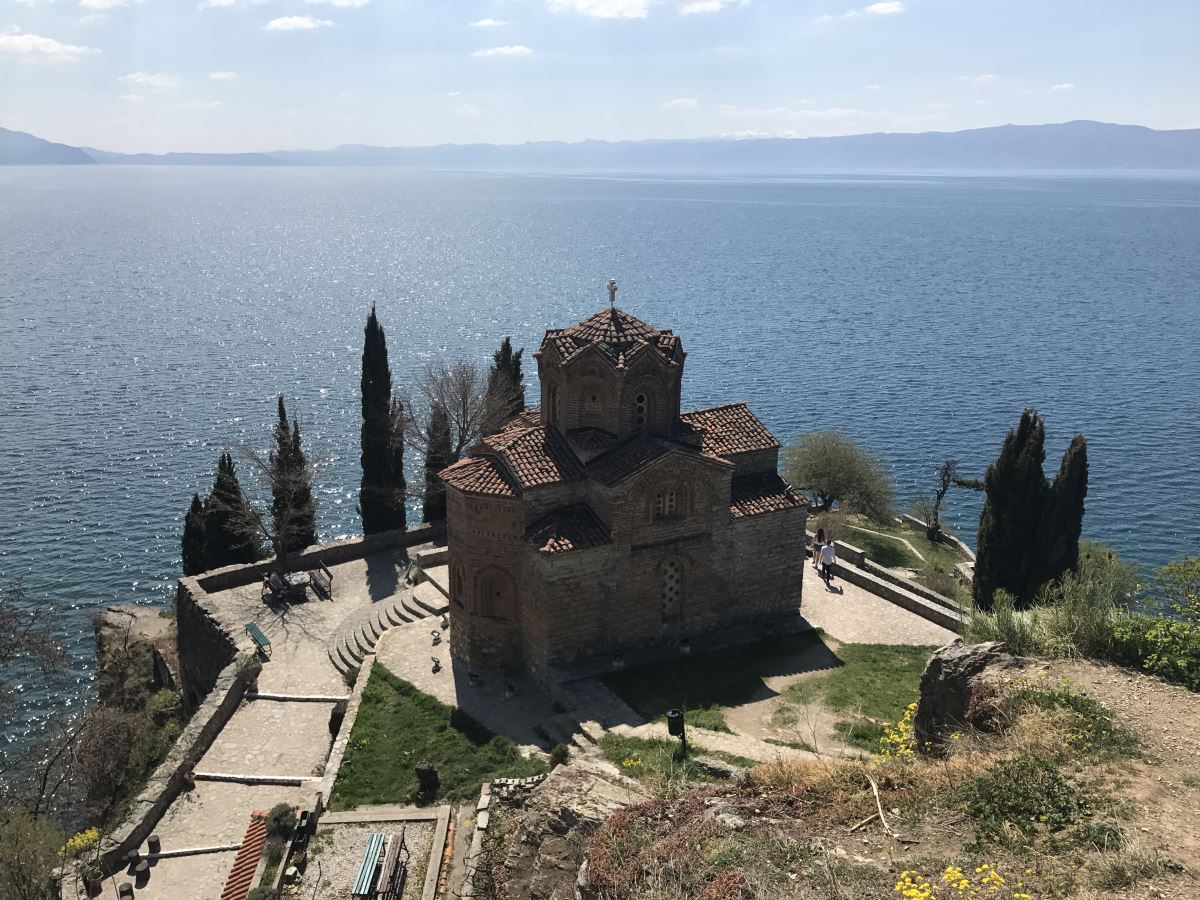 On the edge of Ohrid above the lake is St John’s Church. A highlight of the trip for me was being able to take this iconic photo. 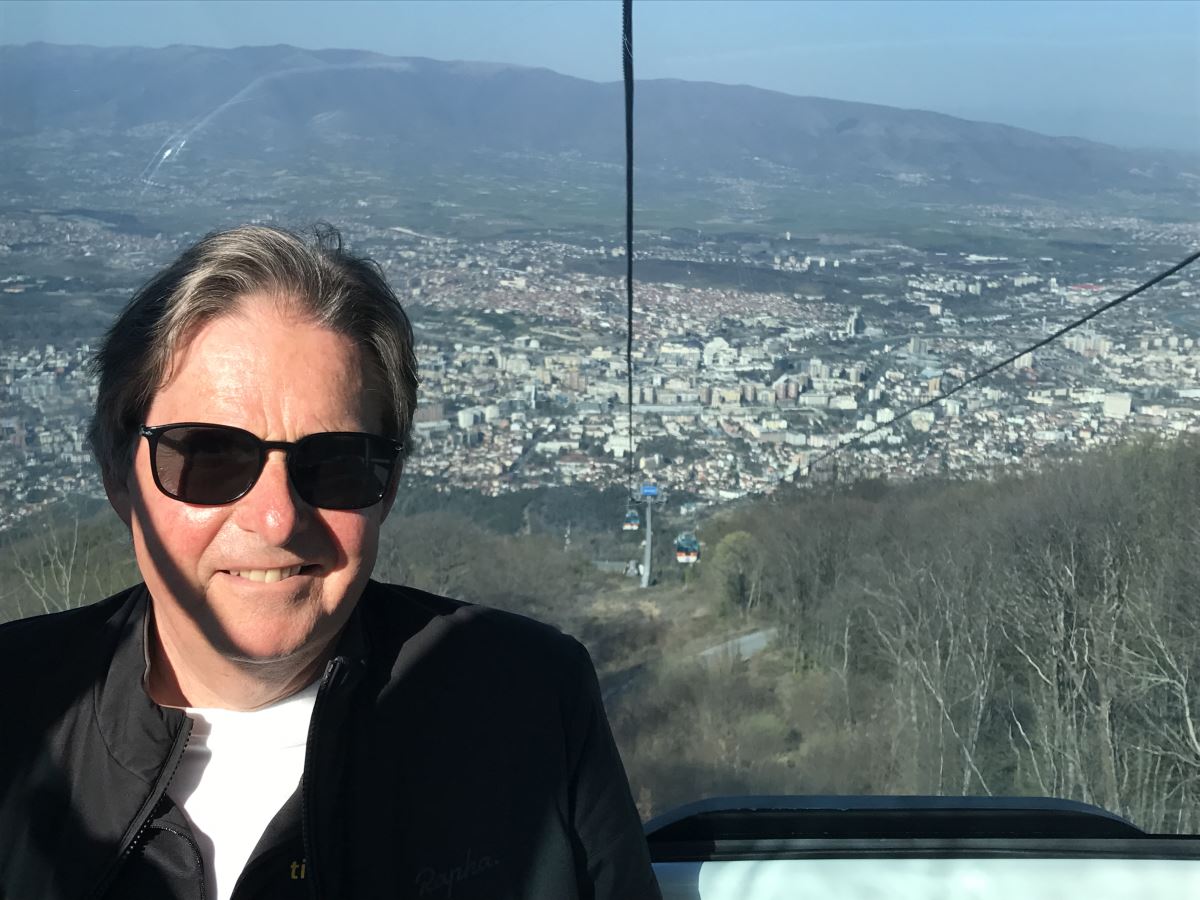 Behind the lens: Steve

Steve is a keen traveller with an interest in less-visited countries. Since retiring 4 years ago, he is working towards completing a visit to all European countries and territories. As well as Macedonia he has visited Kosovo, Moldova, Transdniester, the Faroe Islands and Greenland with Regent Holidays and plans to visit Svalbard later in 2018. Other recent trips include Bhutan, Myanmar, Chile and Australia. You can see more of Steve’s photos on Instagram @steve_ryder2

Click here to explore our full range of Macedonia Holidays