The Many Sides of Kaliningrad

The Many Sides of Kaliningrad

Travel writer Neil Matthews has long been fascinated with all things Russia, so a trip to Kaliningrad, a European-leaning exclave cut off from Russia by Lithuania, was the perfect opportunity to explore a whole new side to Russian culture. 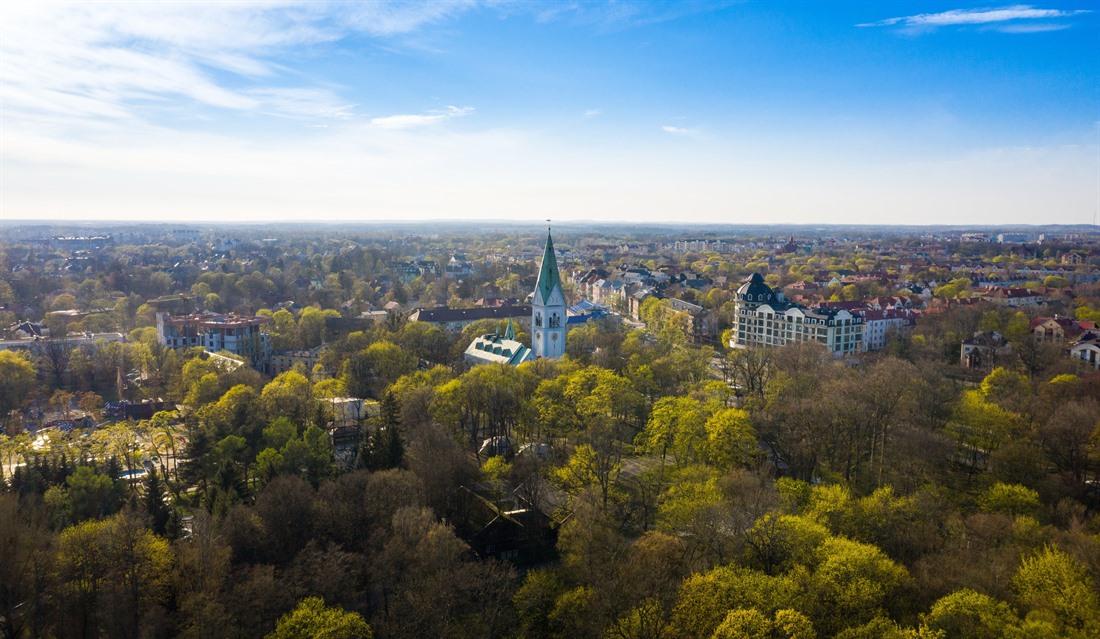 In Kaliningrad’s Central Park, there stands a metal sculpture of a uniformed man, sword by his side, riding a cannonball. The man, though, isn’t there; it’s a man-shaped hole. This is Baron von Munchausen, literature’s most famous liar. The 18th century Prussian soldier on whom the Baron was based is supposed to have visited this city – and to have been displeased with how his military exploits turned into fantastical tales. The military theme, the humour, the simultaneous presence and absence, the importance of stories and legends; you couldn’t have a better symbol of Kaliningrad itself. 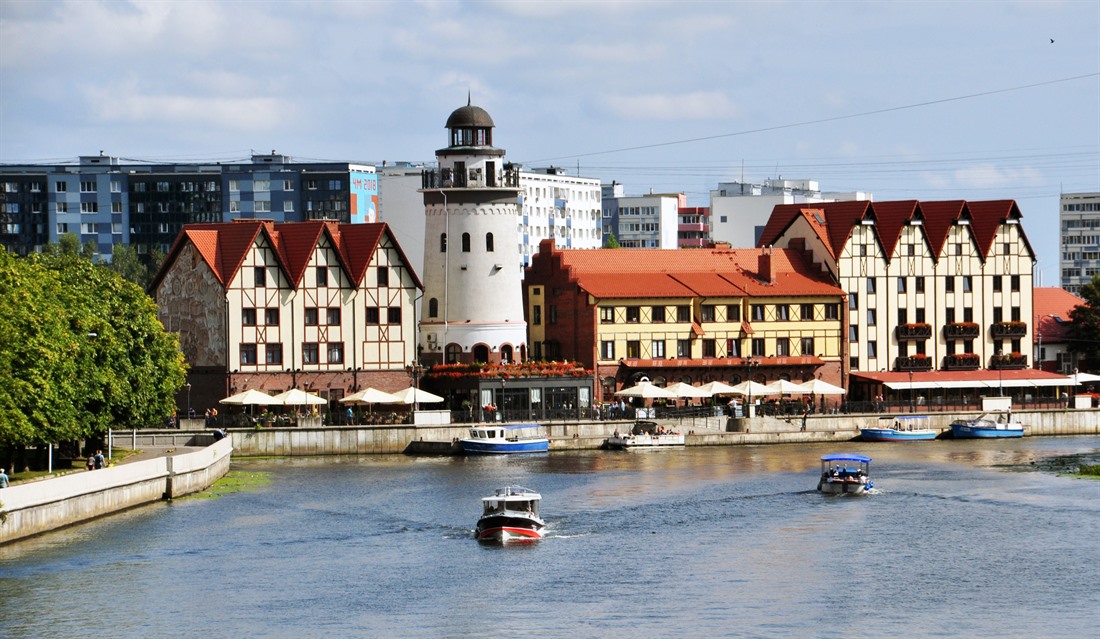 Having spent the Cold War as a major naval port, closed to visitors, the city is now opening up; most recently, it hosted some 2018 football World Cup games. Aside from Central Park, which has its own funfair and open air concert space, there’s a sculpture park on Kant Island, on the Pregolya river; Yuzhny Park in the south of the city, with resident guinea pigs and a human-sized squirrel sculpture; and the Zoo on Prospekt Mira, which opened in 1896. The Zoo’s emblem is a hippopotamus. Legend has it that after World War II, when an injured hippo was one of the last four surviving animals, soldiers sustained it for a fortnight with vodka. For your own refreshments, try a branch of Café Kruassan (excellent tea infusions, mango and mandarin recommended) or, for a full meal, the Parmesan Italian restaurant in Karl Marx Street. In the reconstructed medieval ‘Fisherman’s Village’ area, waterfront cafes provide sand pits, bouncy castles and toy cars. The best souvenirs are marzipan – made in the city for over 200 years – and amber, as 90% of the world’s supplies come from this region. 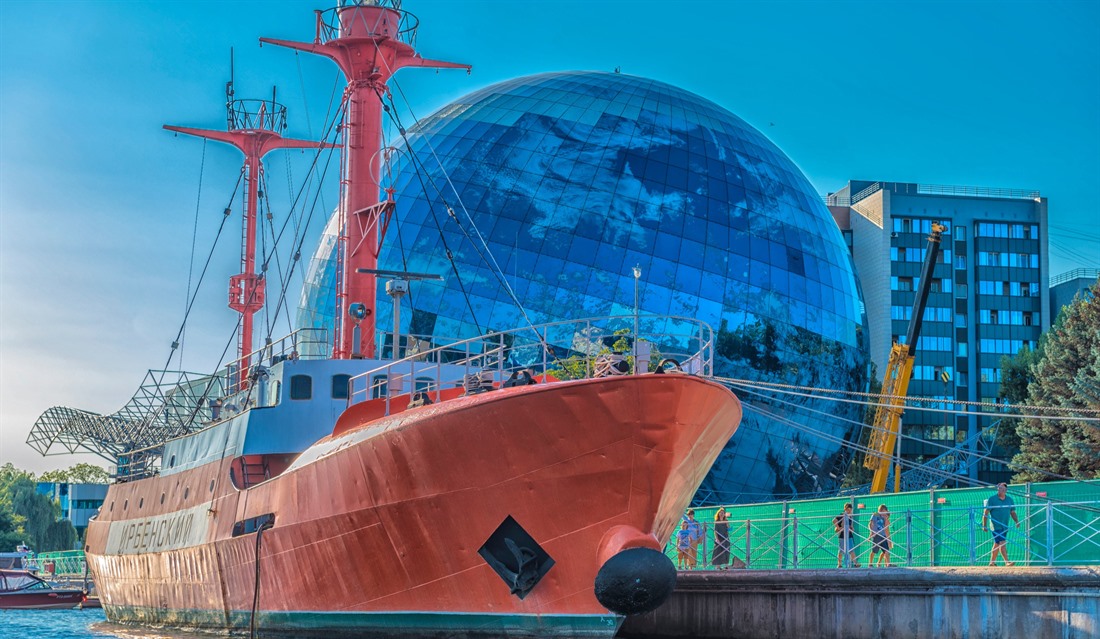 The Museum of the World Ocean in Kaliningrad

The city’s museums are an eclectic, entertaining bunch. The star is the gleaming Museum of the World Ocean on Peter the Great Embankment - a showcase for marine research. You can admire ships and submarines, pose by old shipboard artillery and even steer a ship yourself, on a wide screen computer simulation. The Bunker Museum, near the city university, commemorates the defence against the Russians in 1945 (did one officer really have a bearskin on the wall of his office, or is this a joke at the invaders’ expense?) On Krasnaya Street, north of the river, the Altes House recreates the early 20th century home of a prosperous grocery store owner; the kitchen implements include a cup for preventing soup from staining men’s moustaches! The city’s history is complex and turbulent. It spent almost 700 years as Königsberg, in what became East Prussia, and was occasionally occupied by other powers. Königsberg and East Prussia were separated from the rest of Germany between the World Wars by a strip of Polish land; the USSR annexed them in 1945 and renamed both Kaliningrad; and the two Kaliningrads have been cut off from the rest of Russia since 1991 by Lithuania. 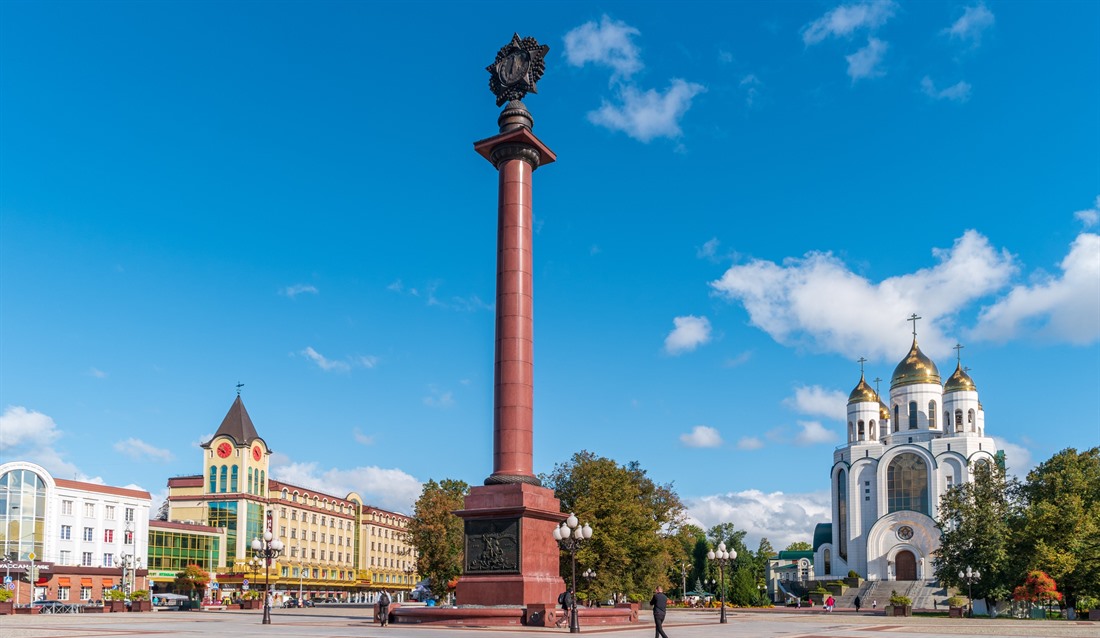 It’s a fascinating challenge to find, admire and sometimes grimace at the architectural legacy. Soviet examples are easy to spot. The Cosmonaut Memorial, south of Prospekt Mira, celebrates three Kaliningradraised men who went into space. A statue of Mother Russia in Ploshchad Pobedy (Victory Square) acts as a children’s slide. Less positively, the authorities blew up Königsberg Castle in 1967, an ignominious end to its seven centuries. The replacement, an enormous pale blue square office block, blights the skyline. Locals call it the ‘Monster’. 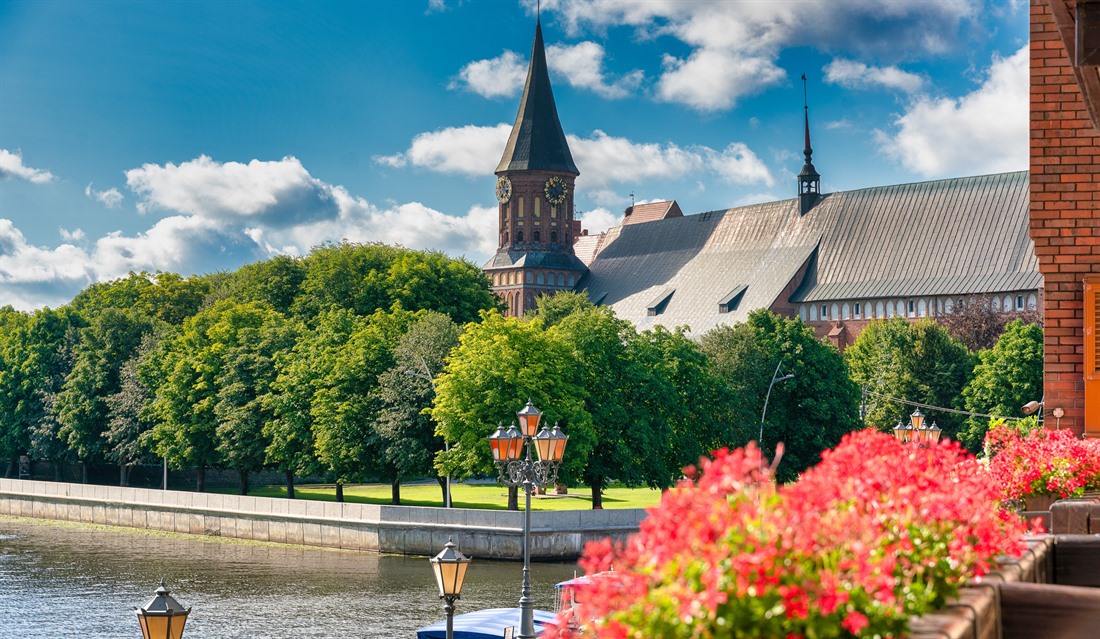 Beautiful view of the park and cathedral in Kaliningrad

A model of the old castle sits in Yuzhny Park, the largest exhibit out of around 20 significant buildings from ‘Great Russia’; all the others still exist for real. Meanwhile, corpuscles of old Königsberg are bleeding back into the body of modern Kaliningrad. Around the city stand old sections of redbrick turreted fortifications from the old city walls, inside which you can find museums devoted to marzipan, amber and local life in the early 20th century. The heart of old Königsberg is the Cathedral on Kant Island. It’s stood since the late 14th century, surviving fire, occupations and even RAF bombs in 1944. The tall, gaunt redbrick exterior, pitted with numerous small windows, resembles one of William Blake’s dark satanic mills. The Soviets considered demolishing it. However, next to the Cathedral lies the tomb of philosopher and Königsberg resident Immanuel Kant (1744-1804), whose writings are often described as a precursor to Marxism. Out of respect to Kant, the building was spared. Now it houses several exhibitions, including one on Kant’s life and works. Kant, Munchausen and Königsberg; all are gone, but they’re still here in this strange city.