As a student studying American history and culture I’d learned a lot about the war in Vietnam.  I’d taken many classes covering the history, politics and cultural impact of the war, whilst studying in both the UK and US, and had heard talks from war veterans’, been to photography exhibitions, read several books and watched pretty much all the films made about the conflict.  I considered myself something of an expert but despite having visited South-East Asia had never made it to Vietnam until last autumn, so I was keen to make the most of the opportunity to visit the sites and museums and learn more about the war from a Vietnamese perspective.

The first stop was Ho Chi Minh City and I found that we were staying close to the former US Embassy and could see the rooftop from the iconic evacuation in 1975.  Whilst the area has no doubt changed a lot in the intervening years it was still an evocative sight. 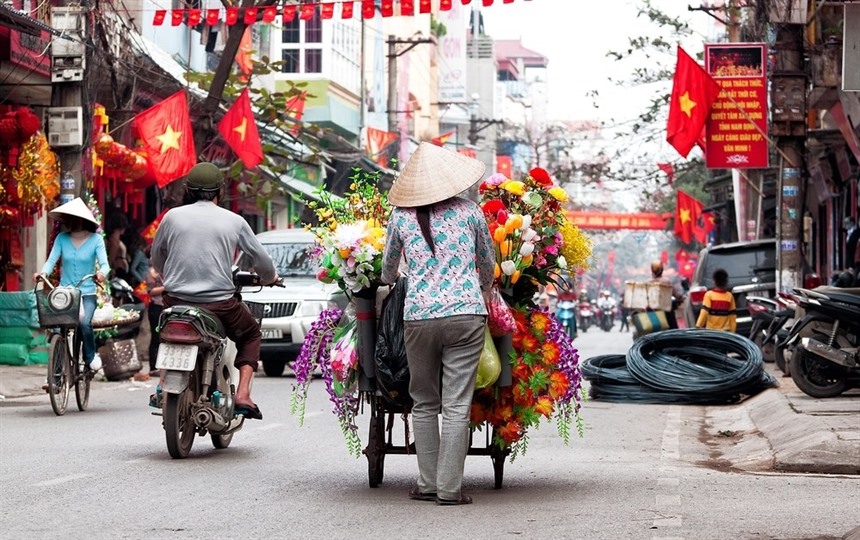 Our first trip was into the countryside outside Ho Chi Minh City to the Cu Chi tunnels, where the Vietcong had built an underground tunnel complex to conduct their guerrilla campaign against the US and South Vietnamese armies. Walking around the peaceful jungle it was hard to imagine the scenes of battle taking place less than 50 years ago until the guide pointed out the trenches and bomb craters now being re-claimed by the undergrowth. We watched a short film and our guide showed us examples of the improvised booby traps used by the Vietcong as well as foxholes and the methods used to disguise the tunnel network. The highlight, if I can call it that, was entering the tunnel complex itself. Even after they have been widened for the larger visitor frame, crouching low to enter the tunnels brought a wave of claustrophobia – the stretch of tunnel probably isn’t that long but it felt like miles, and imagining what it must have been like to live for weeks on end in the tunnels as the shells rained down above was humbling. 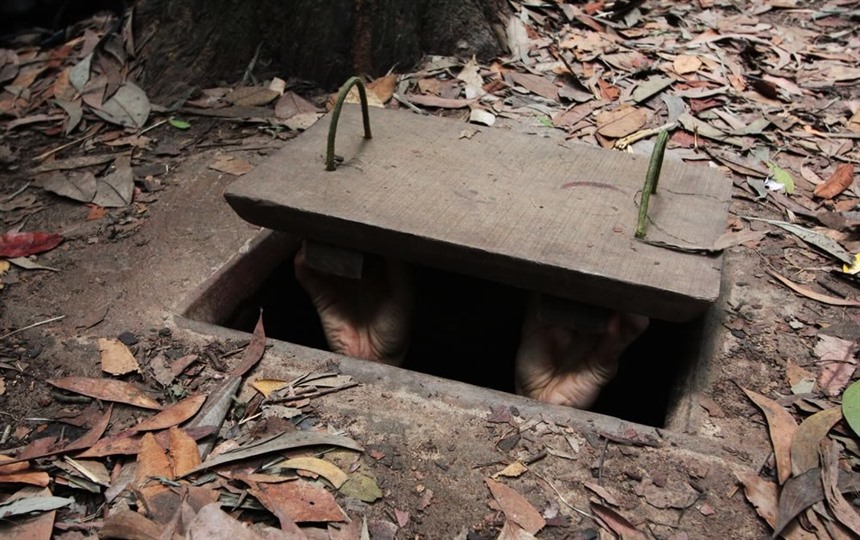 After visiting Cu Chi we returned to Ho Chi Minh City to visit the War Remnants Museum. The museum is an extraordinary exhibit of the history of the war from the end of the French colonial days all the way through to today’s ongoing legacy. It is fair to say that elements of the exhibits are not for the faint-hearted (there is a crèche available for children so that they don’t need to see everything) but in my opinion it is something that must be seen to understand the modern history of Vietnam and the impact the war had and continues to have on this incredible country. 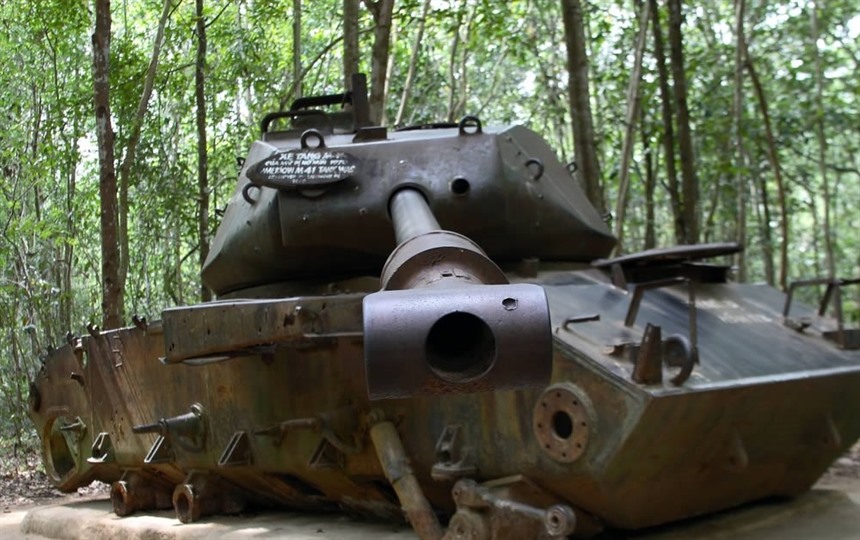 Moving north we flew to Da Nang, a city whose name immediately evoked images of the war to me and passed the pill boxes at the Hai Van Pass en route to Hue. The city’s position close to the boundary between North and South Vietnam had made it a focal point of the fighting (and the setting for Stanley Kubrick’s “Full Metal Jacket”. Visiting the stunning Imperial complex you can still see the bullet holes in the walls – much of the complex was destroyed but what remains is definitely worth a visit. During the Battle of Hue in the Tet Offensive initial American orders not to bomb the city to preserve the historic monuments were rescinded as the fighting became so intense. We had intended to use Hue as a base to go on a motorbike tour of the nearby DMZ but due to heavy rain opted to board the overnight train to our final destination, Hanoi. 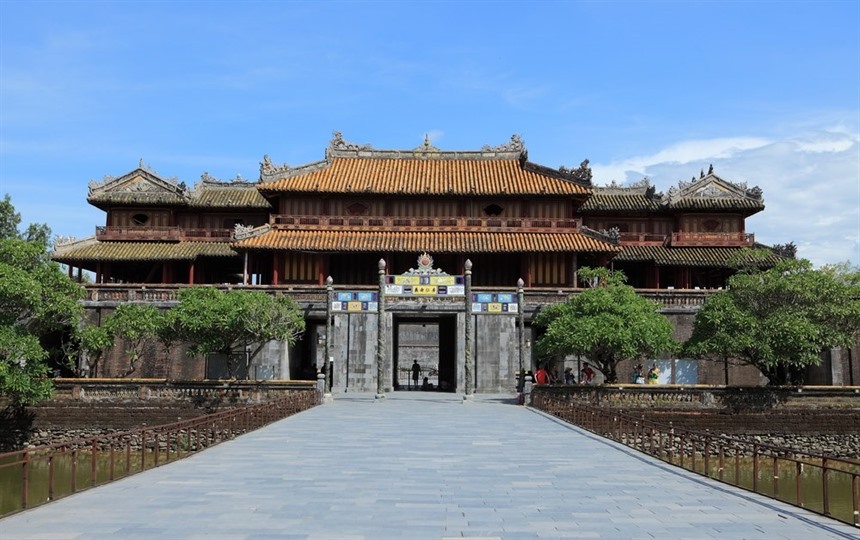 We were lucky enough to stay in the incredible Sofitel Metropole Hotel in Hanoi, a stunning colonial building from 1901 and an iconic building in the city. Having previously played host to, amongst others, Somerset Maugham, Charlie Chaplin and Graham Greene, during the war protestors such as Jane Fonda and Joan Baez stayed at the Metropole. A 2011 refurbishment uncovered the long-forgotten air-raid shelter and short tours detailing the history of the hotel are now offered to guests. Our guide had been a boy growing up in Hanoi during the war and he animatedly told us how the locals would use the drains during the air raids (which can be seen outside the hotel now planted with trees) whilst the guests would be ushered down into the shelter, which is now open to visit. In here Joan Baez recorded “Where Are You Now, My Son” on which you can here the sounds of an air raid in the background. After the war, following a brief time spent as the Australian Embassy’s unofficial wine cellar, the shelter was forgotten and then lost under the hotel’s expansion, until its recent rediscovery (some of the Australian Embassy’s wine was still there!) 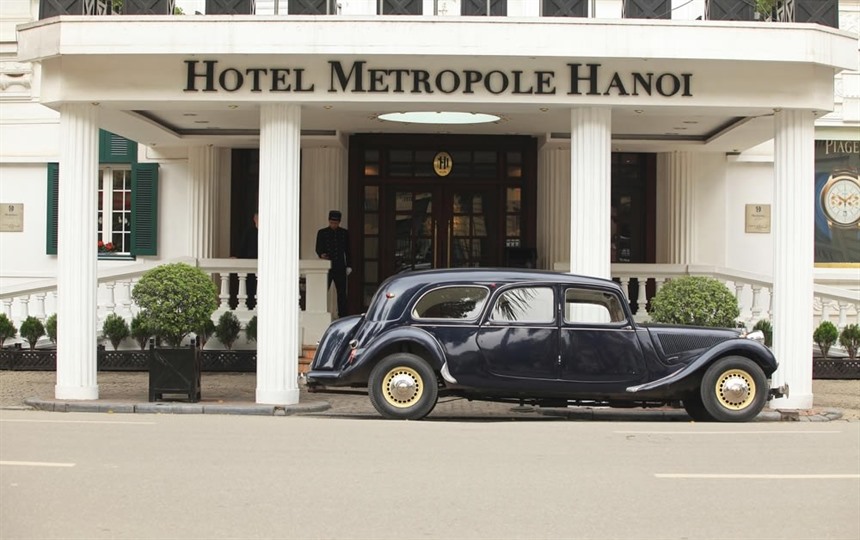 Even though Ho Chi Minh City now bares his name, it is Hanoi that is most closely associated with the revolutionary leader. A visit to Ho Chi Minh’s mausoleum and the surrounds are a must and wandering around the complex with our guide the reverence in which Uncle Ho is held is obvious for his influence in wresting Vietnam away from foreign control and seeking both unification and independence. We also visited what is left of the Hoa Lo prison which has been turned into a museum. Originally built as a prison by the French colonialists for political prisoners, it is now better know as the “Hanoi Hilton” having housed American prisoners of war, including Senator John McCain. 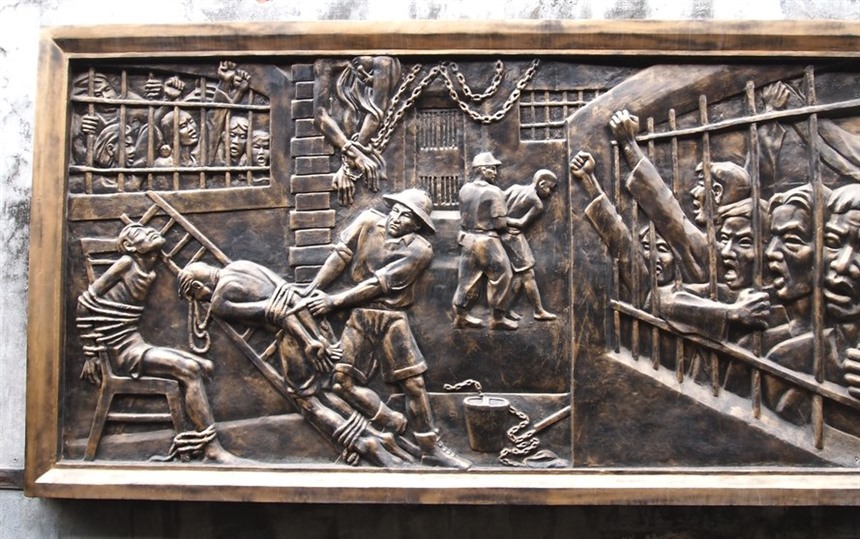 Vietnam is a fascinating country with many centuries of history, beautiful landscapes from the coast to the mountains, incredible food and wonderfully hospitable people, and to get an understanding of how the war has shaped the country’s recent history and its people was a rewarding, if at times deeply sad, experience. Certainly no understanding of the conflict can be complete without visiting Vietnam and talking to the people most directly affected by it, and even if you only explore a little of its history its definitely worth the effort.

Read more about our Vietnam Holidays

Click here to explore our full collection of Vietnam holidays